In late 2017, MoonPie-a hundred-year-old company that sells marshmallow snack cakes-emerged as an unexpectedly compelling brand voice thanks to its hilarious and quirky Twitter account. The company's social media strategy has netted it 226,000 Twitter followers-more than five times what they had just five months ago-as well as a prominent position in the current internet zeitgeist.

MoonPie's tweets reflect the sort of absurdist humor that's the bread and butter of the meme diet consumed by today's teens and twentysomethings. Examples of this offbeat comedic sensibility include this response to a Twitter user's request for "your deepest, darkest secret":

We still haven’t talked about it please don’t tell anyone https://t.co/8KNaZc6s9V

...and this pinned tweet users currently see at the top of MoonPie's feed:

Hit like once you have read all the rules

Consumers have been eating up these weird tweets-as well as MoonPies themselves. The company reported a 17 percent uptick in sales at the end of last year, apparently thanks to its Twitter account. "This is a brand that's had no new product innovation, no significant distribution increase, and no discounting going on. And there's no TV advertising," said Dooley Tombras, executive vice president of the agency in charge of MoonPie's Twitter, the Tombras Group. MoonPie's social media strategy has been incredibly successful at moving product.

Why has it been such a success? The simple answer, of course, is that the MoonPie Twitter account is just plain funny. But the specific way in which it's funny reflects a savvy approach on the company's part. They've found a way of relating to a generation of young people who are more than happy to shell out a few bucks for a pack of those snack cakes they've connected with on social media.

A comedy-based social media presence isn't unique. Wendy's, Denny's, and plenty of other brands have benefited from funny and irreverent brand voices on social media. But MoonPie is doing something distinct, because the brand voice they've cultivated doesn't just reflect a particular attitude or sense of humor-it reflects a specific brand character.

The phrase "brand character" likely conjures images of advertising mascots like Frosted Flakes' Tony the Tiger or Dos Equis' Most Interesting Man in the World. These characters represent a very traditional marketing approach; they were designed to communicate particular attitudes and to overtly tell consumers to buy a product. Old-fashioned mascots like these can be engaging and effective, but they are limited in their ability to make consumers feel an authentic connection. There's no doubt that people reacted positively to the Most Interesting Man in the World, for example, but it's unlikely anyone felt a personal connection to him as a character.

But social media has created an opportunity for brands to create characters that people can actually feel connected to-and interact with-in an authentic way, although that potential has mostly gone unrealized. This is why MoonPie's social media strategy is so genius. People use social media to connect with other people, which means the more a brand can feel like a person, the more consumers will be willing to engage with it.

Determining what your brand's voice should sound like is a key component of your marketing strategy. Do you want to come off as funny or serious? Informative or irreverent? Assertive or laid-back? Marketers answer these questions based on audience research, making informed guesses about what their consumers will likely relate to.

A brand character takes that concept to the next level. Rather than simply creating social media posts that reflect a particular attitude or sense of humor, MoonPie posts content that reflects the voice of a particular character, an individual who embodies the brand's social media presence. The downside of this approach is it can limit a brand's ability to post more straightforward, informational content. For example, a tweet about a product recall would seem inappropriate when sent from an account consumers understand to be run by a comedic character. But the upside is the opportunity to connect with consumers in a way other companies can't, because consumers see your brand as an individual with whom they have a relationship, rather than just an account that posts funny things.

How MoonPie Turned a Brand Character into a Marketing Success Story

MoonPie's tweets are written from the perspective of a young guy with a weird, often self-deprecating sense of humor in charge of a small-time brand's Twitter account. This might not sound too different from the countless other brands with humor-based social media strategies, and it's true that many of MoonPie's tweets function on this straightforward, comedic level:

But taken as a group, MoonPie's tweets do more than just make followers chortle at funny jokes. Recurring themes and references make it clear that MoonPie's tweets are supposed to be understood as the voice of a specific individual. This "MoonPie Twitter guy" character writes with a distinctly generation Z or young millennial sensibility.

He repeatedly references his relationship with his boss:

Every morning my boss reads this book to us which is weird because 1) it’s morning and 2) I don’t even think this is a real book pic.twitter.com/k17XEByeis

...and frequently mentions Linda, his ex:

These tweets are funny because they create an ongoing narrative. On its own, a tweet of just the name Linda would be more confusing than funny, and it would be unlikely to encourage consumers to buy a product. But that same tweet as part of a narrative, tweeted by a character whose obsession with his ex has been clearly established, becomes not only funny, but relatable, too.

MoonPie's self-deprecating Twitter character plays on people's perceptions of the company as a regional, underdog brand. This works in the company's favor because it gives the brand an approachable, personable quality, making people more likely to connect to it emotionally.

And people certainly seem to feel emotionally connected to MoonPie. Patrick Wells, a social media manager who ran the MoonPie account during his time at the Tombras Group, described this brand-consumer connection: "I tweeted 'if you're feeling sad we can talk about it' and people just started replying and DM'ing me about what was going on in their lives. People really opened up." MoonPie has found a way to forge personal connections with consumers by presenting its brand as a character instead of a company. 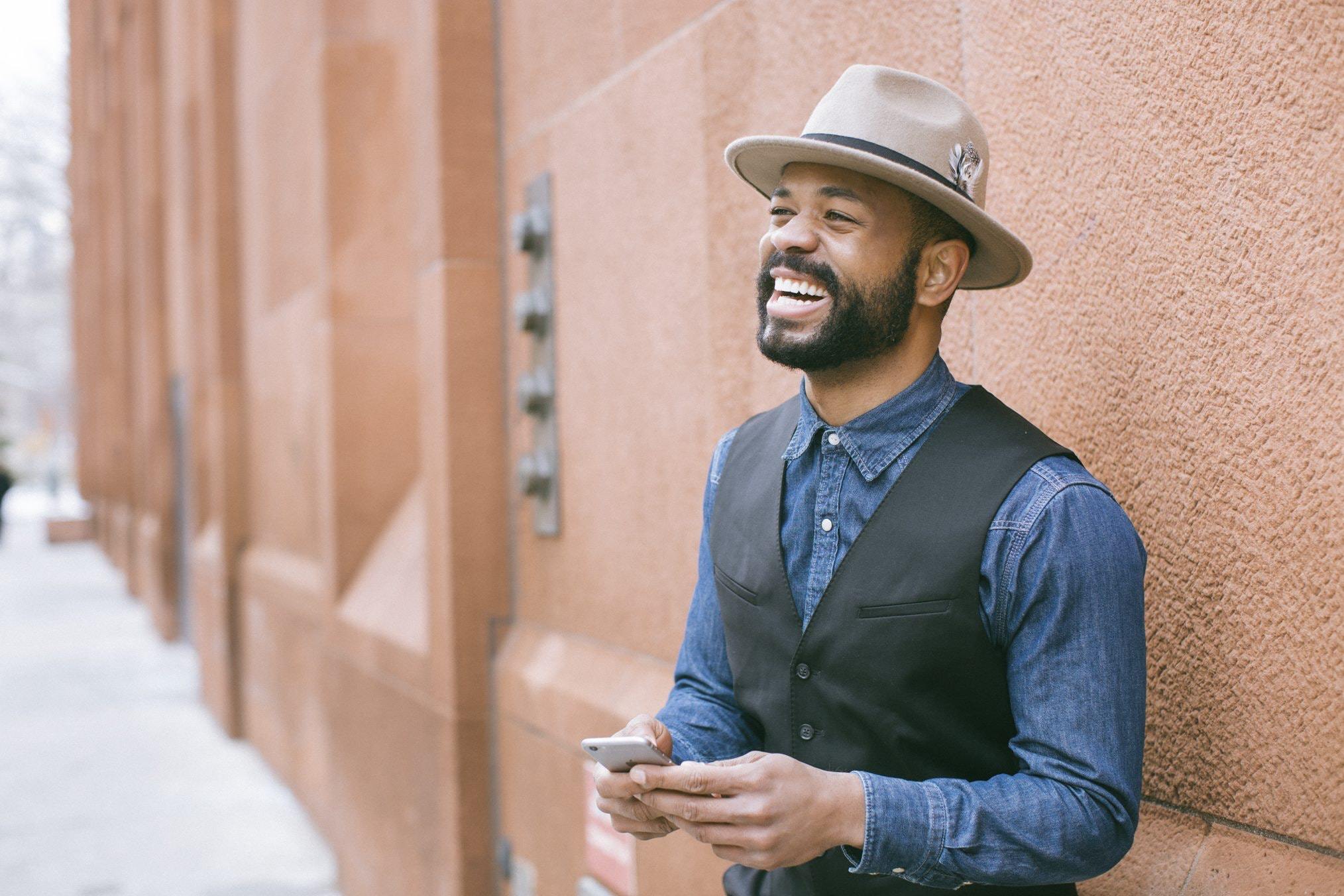 How to Make a Brand Character Work for You

A character-based approach to social media doesn't make sense for every brand. MoonPie's approach is inherently specific and targeted, which might not make sense for larger brands with more diverse portfolios. MoonPie has a limited product offering, so it was logical for them to use a brand character that would enable them to connect with a very specific target market.

If you do decide to employ a brand character in your social media marketing strategy, it needs to feel authentic to the customers you're trying to connect with. MoonPie's attempt to attract young people has been successful because the company clearly put effort into understanding the voice and humor those young people use to interact with each other online. The "MoonPie Twitter guy" character's voice reflects a careful blending of the absurdist comedy of Weird Twitter accounts like @dril, the good-natured positivity of doggo memes, and a healthy dose of self-deprecating, relatable humor. In this way, MoonPie has successfully crafted an authentic-feeling character. But attempting something similar can be a gamble; miss the mark with your tone and you risk a "How do you do, fellow kids?" situation that could alienate the very demographic to which you hoped to endear yourself. Trying to harness an organic internet subculture for your marketing needs is a definite risk, but the payoff for doing it skillfully can be huge.

MoonPie has used a character in pursuit of young people who like weird jokes, which made sense for a producer of low-cost junk food, but a character-focused strategy can work for other demographics, too. For example, a diaper brand could adopt the social media persona of an exhausted parent character in order to connect with a whole host of consumers who identify with that experience. Alternately, a healthcare company posting with the voice of an individual, helpful doctor could attract patients who are looking for a personal connection when it comes to their health.

Replicating MoonPie's particular, quirky Twitter approach is not an easy proposition. But learning from how they've used a brand character to their advantage can help you tailor your own social media strategy to connect with your target market. In doing so, you can build a personal and meaningful relationship with your customers.

Josh McCorkle is a writer and editor. He holds a BA in English from Boston University and an MA in Elementary Education from Lesley University. Before joining Skyword, he worked at Time Inc., at the City University of New York, and as an elementary school teacher. He lives in Brookline, Massachusetts. 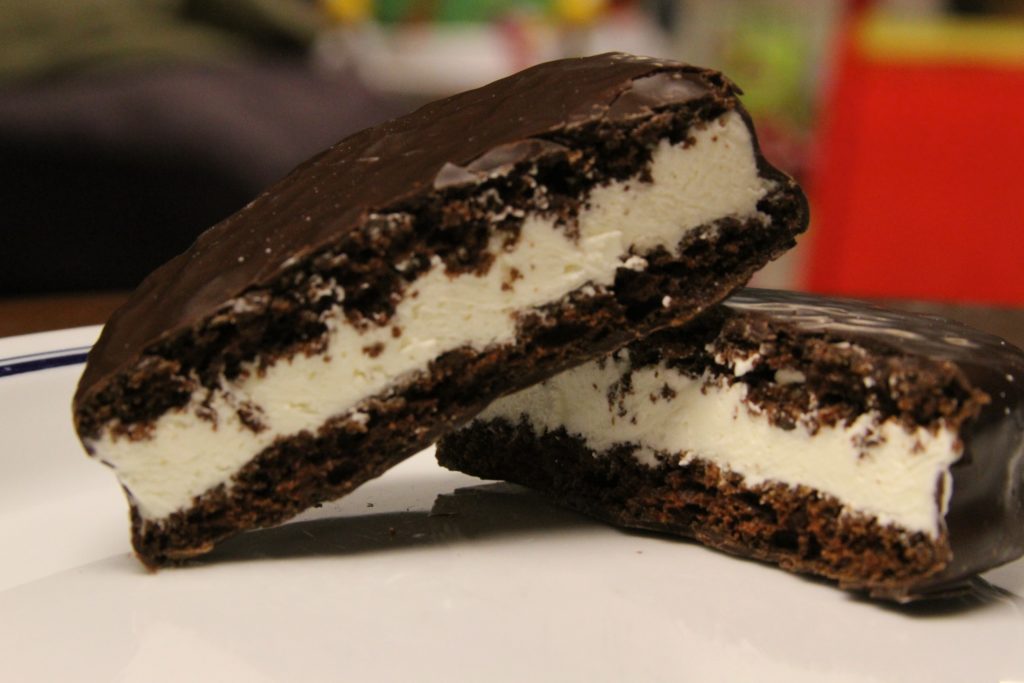