Consider the traits of the typical modern CMO. If you were to list them as you'd do for a job advertisement, you'd put natural leader in there, of course, as well as innovative thinker with a desire to break the mold. You'd probably also have "creative type" written down, and "appreciator of data." But what's really crucial to the success of a marketing organization over the next five years? If you believe the experts, it's science.

Technology has taken over the marketing world. "Data-driven" has been the battle cry for many years, and the 2020 marketing trends already emerging do nothing to change that perception. Today, there is no marketing without data. Business growth, consumer behavior, and customer experience all drive into the realm of science-based marketing. It's not just the prevalence of martech, psychologists and neuroscientists are getting involved too, helping brands to understand the way brains respond to certain stimuli.

Some claim that 2020 will be the year of the science-minded CMO, that science-based marketing will finally take precedence over creative efforts. But what does that mean for the Don Drapers of the CMO world?

Is the Chief Marketing Officer Role Going Away?

The importance of data to marketing has been long established, but in the last few years, the CMO has emerged as the keeper of the data flame, rather than handing it off to team members. In fact, data has become so central to marketing leadership that some companies have dismantled the traditional CMO role and instead installed chief growth officers. Others have rolled sales and customer service into marketing and put a chief commercial officer at the helm.

Budget airline EasyJet replaced its marketing director with a chief data officer in 2018, a role that's emerged in other organizations, too. In these scenarios, the role evolves from one which merely minds the 4Ps of marketing science to one that's key to business strategy success.

Talking in an Economist Intelligence Unit survey of nearly 500 CMOs, Pure Storage's head marketer Jonathan Martin says, "Today, the primary task of CMOs is to deeply understand customer buying behavior and intent; deeply understand the context of where someone is in their decision journey; be able to predict what they're most likely primed to do next; and be ready to influence them at the right moment."

With marketing now responsible for getting and keeping the customer, the department's turf encompasses sales, customer service, data, and technology. They're talking to customers who have already gotten midway through the funnel without any help, thanks to social media and content marketing efforts. In turn, marketing leaders have lost control over at least half of the 4Ps, arguably only taking on promotion and positioning.

But Dipanjan Chatterjee, Forrester's principal analyst, warns that the CMO who limits their focus does so at their own peril. While technology has advanced the marketing discipline significantly, he says in an article for The Drum, data won't kill the CMO, marketing will—rather, by ignoring the "full spectrum of marketing activities."

"To fixate on one slice of marketing that is focused on communication is to turn away from the other three slices that feed the profit engine," he writes. "For example, with hyper-personalization and neuroscience-driven analysis, the old-world marketing of fuzzy personas and feel-good creative has been rendered obsolete. The inability to effectively extract value from data puts a CMO on the path to extinction.

"The CMO mandate, then, is to reach back and look forward. Back to the basics, to marketing that is not boxed into communications and creative, but to marketing that is strategic, analytical, business-focused, and value-driven. And then reaching to the future, where brand, culture, and technology intersect, with the ability to harness data and analytics in service of the customer and the brand." 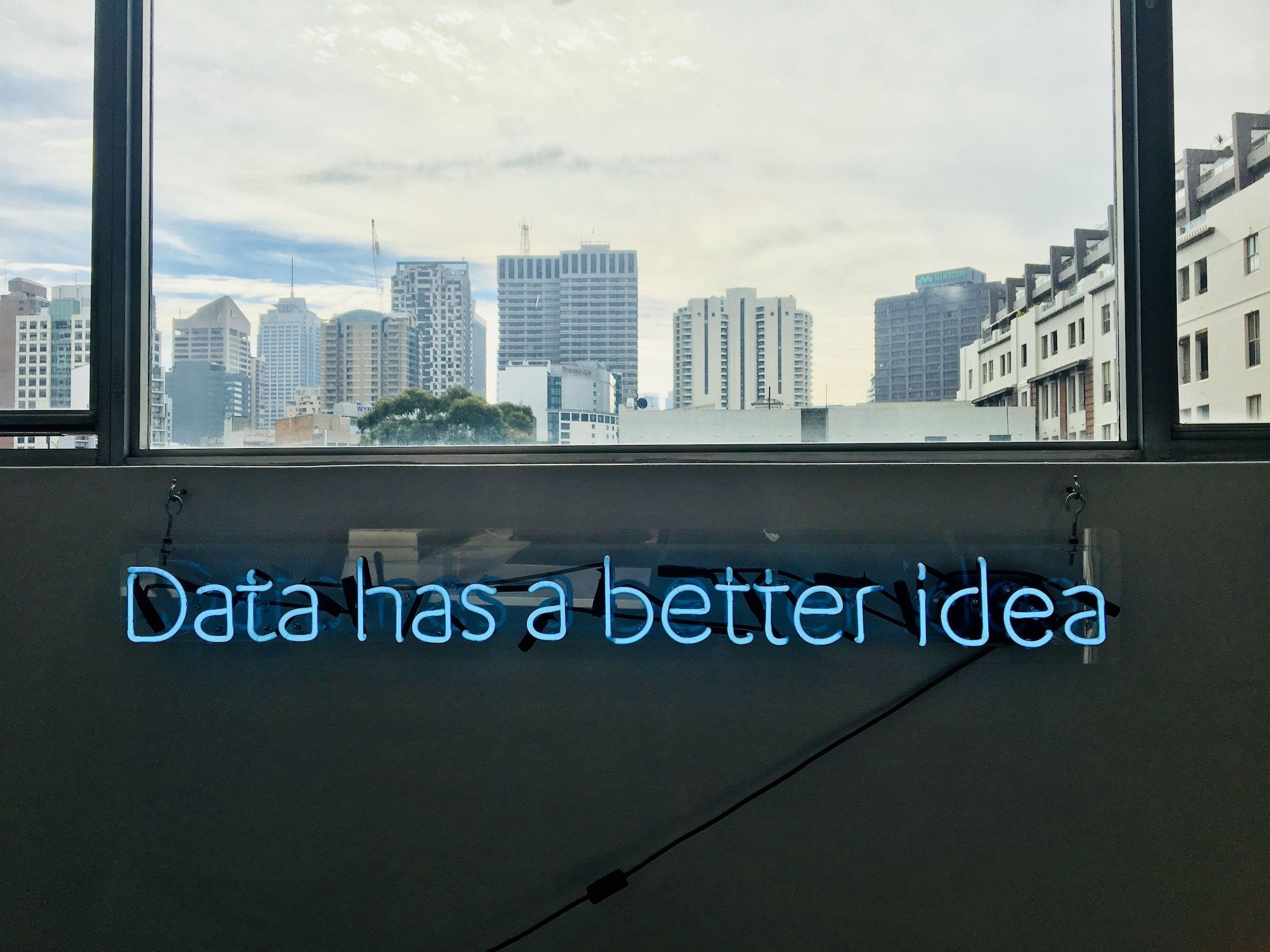 The New School Is the Old School

Chatterjee makes an interesting point: Early marketing was very science-driven, a strategic analysis of where the business could extract the most value. So are 2020 marketing trends in favor of science-based decisions just a corrective action? Or are they a sign that marketers still worship at the altar of data?

One CMO who fits the new/old school mold is Richard Fitzmaurice. Now a consultant CMO, Fitzmaurice has led global marketing teams in the professional services field, but as a teenager, he was on track to work in computer science. He was due to study multimedia technology and design at a university. He realized, however, that while he enjoyed coding, he enjoyed the creative elements of marketing more.

"My creativeness, combined with a desire to think of things others will not in order to get the highest grades, sparked something within me that has remained to this day," he says in an interview for The Content Standard. "It is extremely hard to be the best at coding, but a great marketer with a creative side will always stand out."

Fitzmaurice is, unsurprisingly, a huge advocate for the important role of data in marketing, but even he says that data "should only inform the answer, not be the answer."

"I do think marketing has to reset its relationship with data on a human behavioral level. It's quite common for creatives to have to justify their position on an idea with data. When was the last time the opposite was true?"

Bridging science and creativity is key—something Bethan Vincent, marketing director at Netsell and host of The Brave podcast, often speaks to at conferences. Vincent's a marketing leader in the world of technology who comes with a history education. She says her humanities background gave her an appreciation of analysis, of finding different points of view, of working out the reasons behind behaviors. While Vincent has "enough coding knowledge to be dangerous," she remains successful in this field sans a science-based marketing background.

"The CMO is like an interpreter," she tells The Content Standard. "You have to be a jack of all trades in the best possible sense. There's a lot of talk about the 'T-shaped marketer'—you might have a deep vertical, but if you have nothing else, then you can't understand the wider business picture.

"I was reading an article recently about how businesses that rely too heavily on metrics get sucked into confirmation bias," Vincent continues. "You're never going to come up with something innovative based on existing data. It's like Henry Ford saying if he'd built his product based on existing data, he'd have given you a faster horse. Data can only tell you what is happening now, not what could happen. For that, you need creative thinking."

While she remains a firm believer in the power of data and science-based marketing, she says you also need to be able to cut through the noise. And while you don't have to have a science background, that doesn't mean you have to be DaVinci, either. The modern CMO should "try and make themselves redundant," she says, recommending they hire people around them who are experts in their fields so they can continue to conduct a marketing orchestra built on both science and creativity.

The CMO As a Conductor

So this 2020 marketing trend of the CMO as a scientist? Maybe it's not so cut and dry—especially if you ask a creative. Gillian Seely, a freelance content strategist and writer, has strong views on the topic.

"While I understand the temptation and the need to have a data-driven marketing existence and one neat CMO package, I don't really buy that there is one person who can handle both the creative and data/metrics sides of the coin—or, at least, I don't buy that there's one person who can do both really well. It just doesn't seem to work like that in reality," Seely tells The Content Standard. "More likely, you will have a CMO who has a deep background in either and then ends up creating a reporting line under them for each area, with liaisons crossing back and forth to keep creative and data talking to each other."

She believes this drive for the CMO to be a master of all can be a dangerous thing, that when we ask too much of a function, we dilute all areas and end up doing none of it well.

"There's nothing wrong with being a nonscience CMO, provided you hire the right people who can track metrics and feed data back into the marketing equation," Seely continues. "And perhaps it's not the worst thing in the world for companies to take a step back from data and let their voice be a bit more human. I, for one, would love to see a company just doing what they do well and creating compelling material without so much concern about search results, clicks, and leads."

Seely may be onto something: The 2020 marketing trend experts may want more science, but there's a backlash in consumerland against data collection. Regulations like GDPR are making it easier for consumers to opt out, which will no doubt impact the robustness of the data CMOs have to make decisions on.

With that being said, the CMO of tomorrow needs to have an understanding of data, absolutely—as Vincent says, they should always have access to the data so they can play with it if they want to—but that does not mean they should be focused on data to the detriment of all else, despite what 2020 marketing trends may encourage.

Data and science might be gaining in stature in the marketing world, but the CMO's role will always be to take a 360-degree view, ensuring that data walks hand in hand with creative to produce the most compelling customer experience possible. 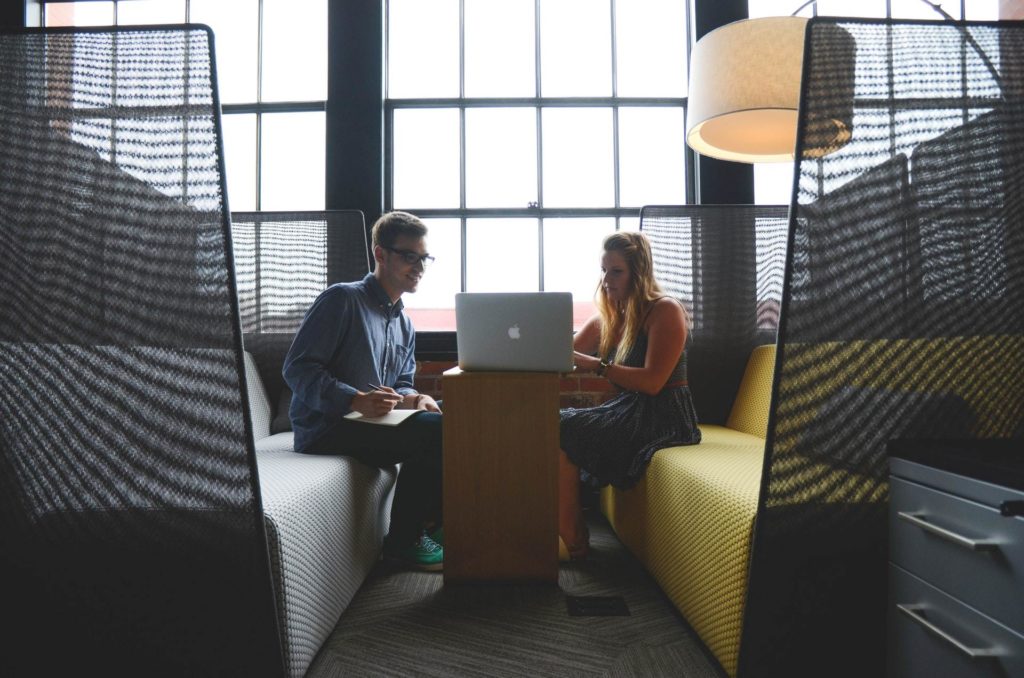