For tens of thousands of years, humans have found meaning through the creation and interpretation of symbols. Those symbols can take many forms: words, sounds, events, numbers, and images, to name a few. But just as beauty is in the eye of the beholder, a symbol only carries whatever meaning a person assigns it. In that sense, almost anything can be a symbol-as long as someone interprets it as signifying something beyond its literal definition.

Symbols have long been the cornerstones of visual storytelling, and for years, storytellers have relied on them to illustrate unspoken feelings, forecast future events, and set an overall tone within their works. And symbolism plays as critical a role in modern content creation as it did in classic literature. Symbols can be used to visually develop plot, theme, and character to a deeper level than mere words can achieve. 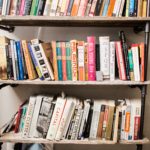 Designers and marketers use symbols when creating brand logos to help refine a brand or group's identity. A logo that includes symbolic visuals can cause people to associate a brand with concepts such as trust, reliability, patriotism, family, and faith. Many churches, for example, incorporate the Cross in their logos, which instantly communicates-without words-several major tenets of Christianity. Likewise, the Nike Swoosh projects a sense of movement, associating the brand with agility and speed.

Although some symbols have universal meaning (the association between love and red roses, for instance, or danger and the skull and crossbones), designers must be cognizant of the fact that others can have very culture-specific interpretations. Something as basic as a color can carry entirely different meaning in America and western Europe than in India or China. White, for example, symbolizes purity, cleanliness, and peace in Western culture. But in many Asian countries, the color represents death and bad luck. Although white is worn by brides in the West, it is traditionally worn to funerals in the East. Misunderstanding the symbolic differences of the color in various cultures could cause quite the fashion faux pas.

Nothing illustrates the many different interpretations of a single symbol than the world's most commonly used emojis. Although these graphic symbols have formed a near-universal digital language all their own, their original meanings to Japanese designers often bare a stark contrast to how American users interpret them.

Consider the folded hands emoji, for example. Americans use the symbol to represent pleading or prayer, common uses for clasped hands in their culture. But the emoji was originally designed to signify an apology or gratitude, as is the custom in Japanese culture.

By taking into account the meaning of various symbols to different audiences, visual storytellers can include them in their graphics and presentations to not only add meaning, but more vividly describe a character, plot, or scene. Enhance your stories with the following nine symbols: 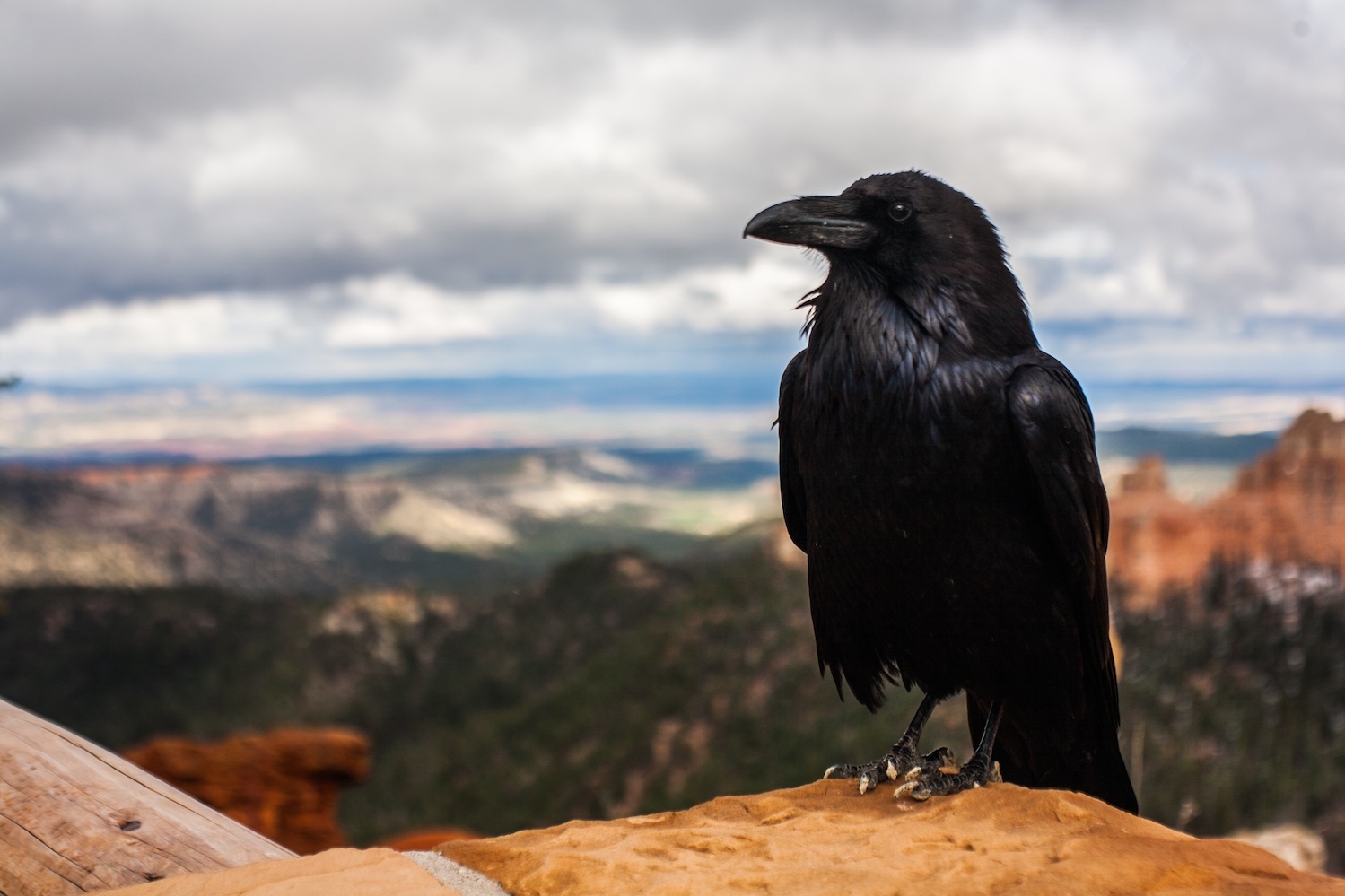 Few images are as ominous as the raven-a fact upon which poet and author Edgar Allen Poe built a good deal of fame. As scavengers, ravens were seen throughout history on battlefields, picking through the remains of fallen warriors. It's no surprise, then, that their association with death and doom became cemented in the human psyche, causing ravens (and their crow cousins) to be the focus of serious superstition.

Ironically, many ancient cultures saw the raven as a symbol of intelligence, transformation, and wisdom.

But to modern pop culture audiences, the raven is strictly a bad omen. Visual storytellers can utilize images of black birds to communicate feelings of doom with audiences or to foretell death and disaster. 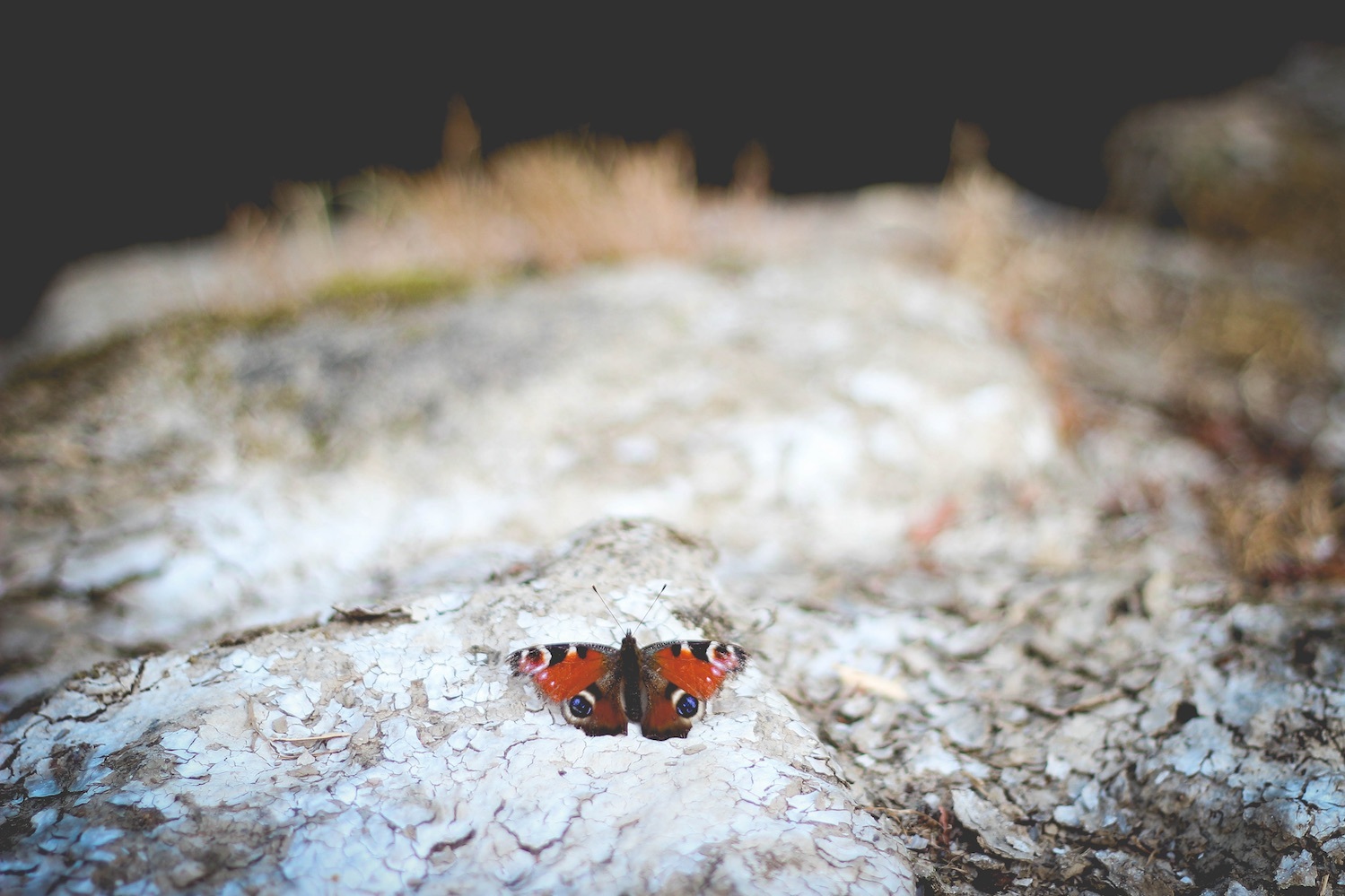 Across cultures, butterflies represented in myth and art symbolize transformation because of the showy insects' famous metamorphoses. What could be a better symbol of rebirth than a butterfly unfurling from the cocoon it once built as a caterpillar? Including images of butterflies in a visual story can forecast a transformation or vividly represent any sort of change.

Some cultures also associate butterflies with the soul. Storytellers often employ the insects' arrival to represent a visit from a lost loved one and hope for life beyond death. The presence of the butterfly doesn't have to be obvious, either: in Titanic, director James Cameron placed a focus on his heroin's hair combs. While the combs themselves held little relevance, their butterfly decorations symbolized the internal change Rose would undergo before the end of the movie. 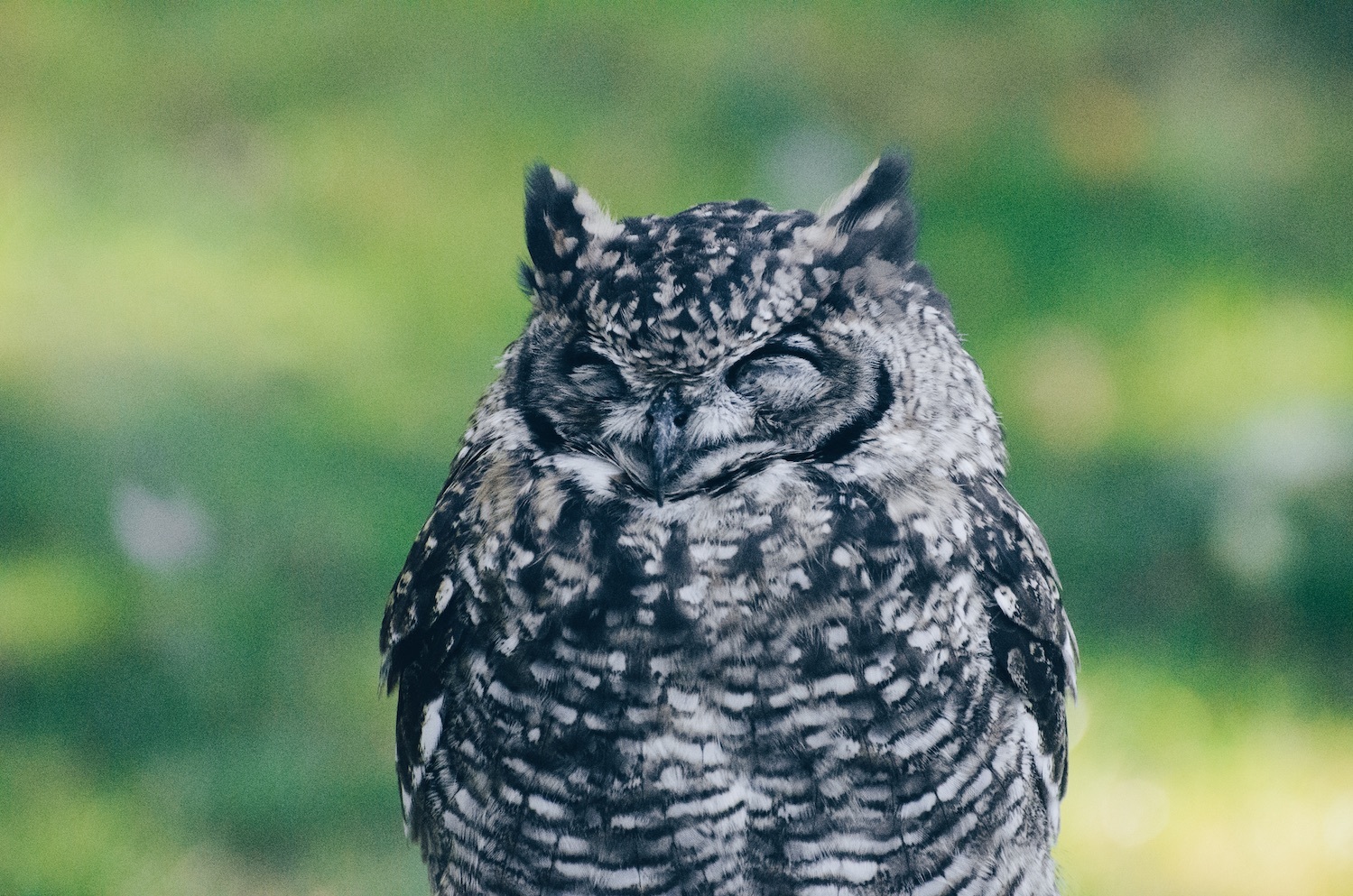 It seems owls are everywhere nowadays. The birds, generally associated with wisdom, can be found in jewelry, home d&eacute;cor, and even clothing designs. The symbol's popularity, however, isn't limited to the 21st century.

Sacred to Athena, the Greek goddess of learning, the owl was depicted on Greco-Roman currency as a symbol of intelligence. Likewise, Native American cultures considered the owl the keeper of sacred knowledge. Medieval Europeans even thought owls might be wizards in disguise. In a visual story, an image of an owl can be used to represent intelligence within a character or a lesson to be learned. 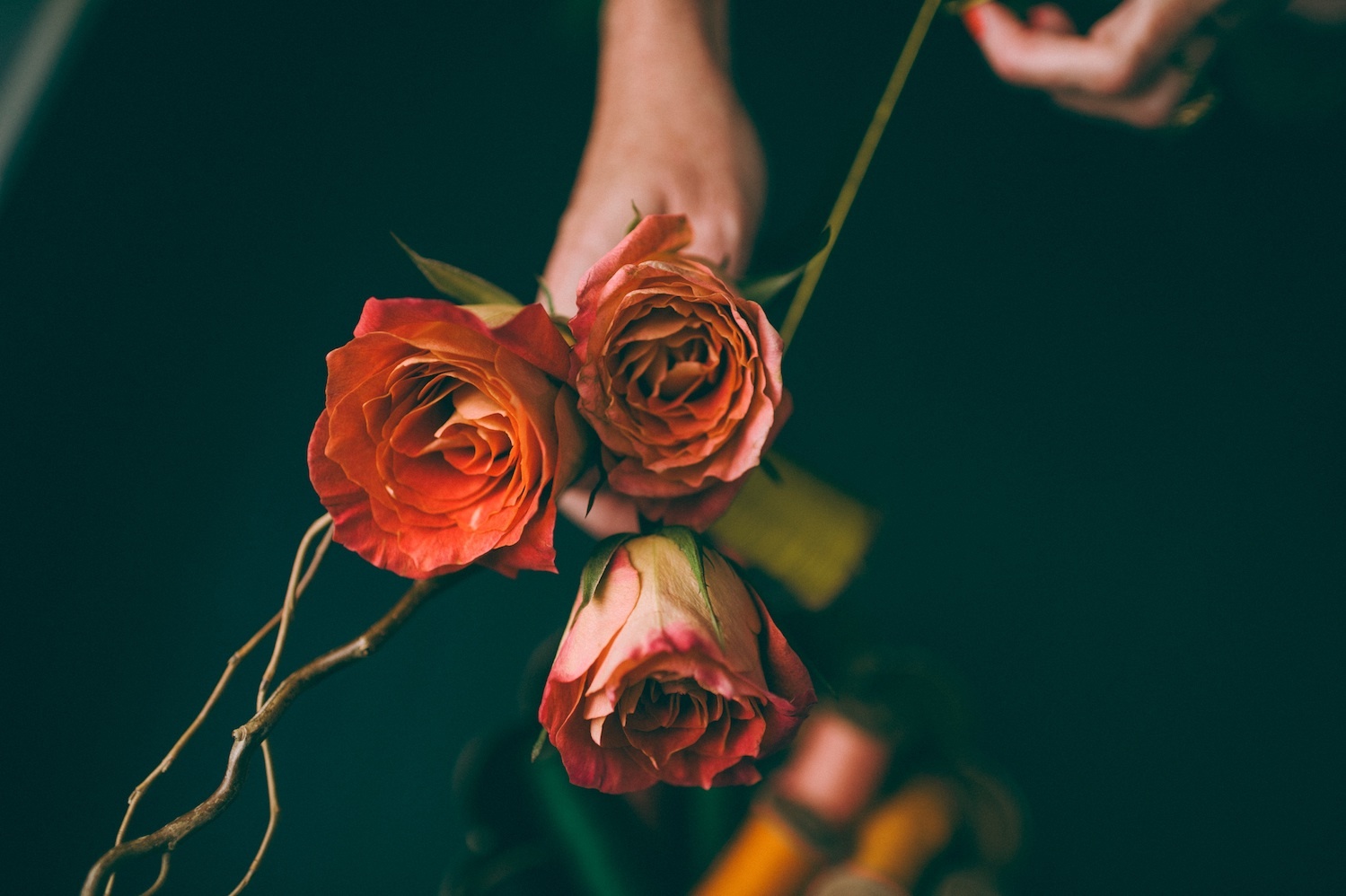 Few would fail to recognize the association of a red rose with romance, and the symbol is commonly used in literature, film, and art to represent love. It's not a new connection, either. In Greek mythology, the rose was associated with Aphrodite, the goddess of love.

But roses can also carry other meanings. For example, in Christianity, the rose is considered a symbol of the Virgin Mary. In some depictions of Mary, you'll notice a garland of roses around her head in the shape of a halo or crown. That garland speaks to the rosary-a form of devotion in the Catholic faith.

The rose is also the national flower of England, dating back to the English civil wars of the 15th century, which came to be known as the Wars of the Roses. In visual storytelling, an image of a rose can be used to symbolize the nation, something that would not be lost on Her Majesty's subjects. 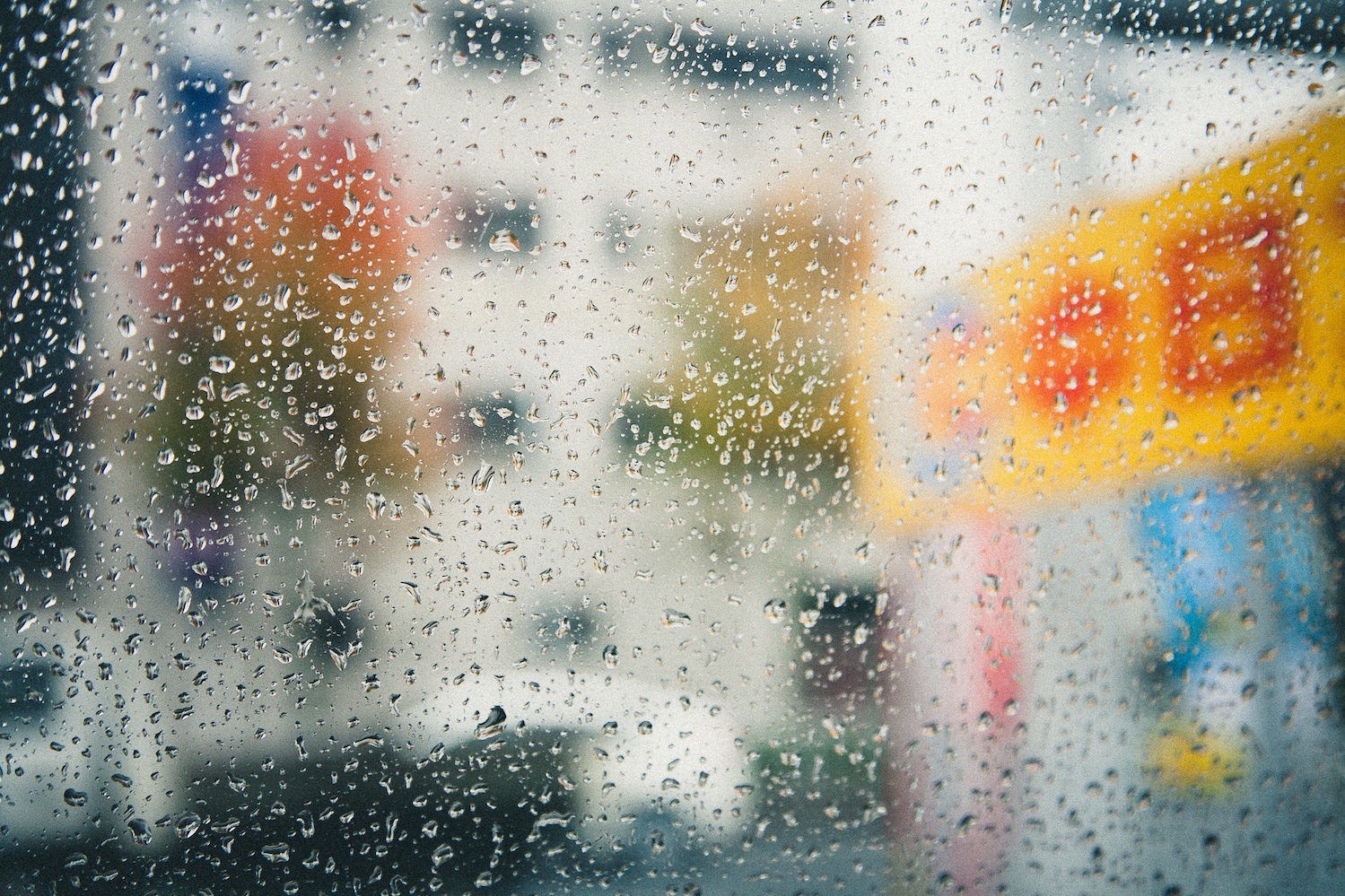 Rain is an especially potent symbol for sadness-likely because, in reality, the weather pattern begets feelings of depression, darkness, and exhaustion. It makes sense that those atmospheric shifts that make us feel so gloomy in our day-to-day lives could create the same melancholy among characters in a story. In film, rain has been used to create a sense of foreboding and even to symbolize human tears.

Rain may be most commonly illustrated to denote sadness, but its potential isn't limited to creating a forlorn mood. Rain is also associated with purification and rejuvenation. For example, a character might walk through the rain to symbolize the cleansing of his or her soul. For example: in Disney's classic, The Lion King, a great rain arrives when Simba defeats Scar, washing away the fire and signaling a rebirth of the pride. 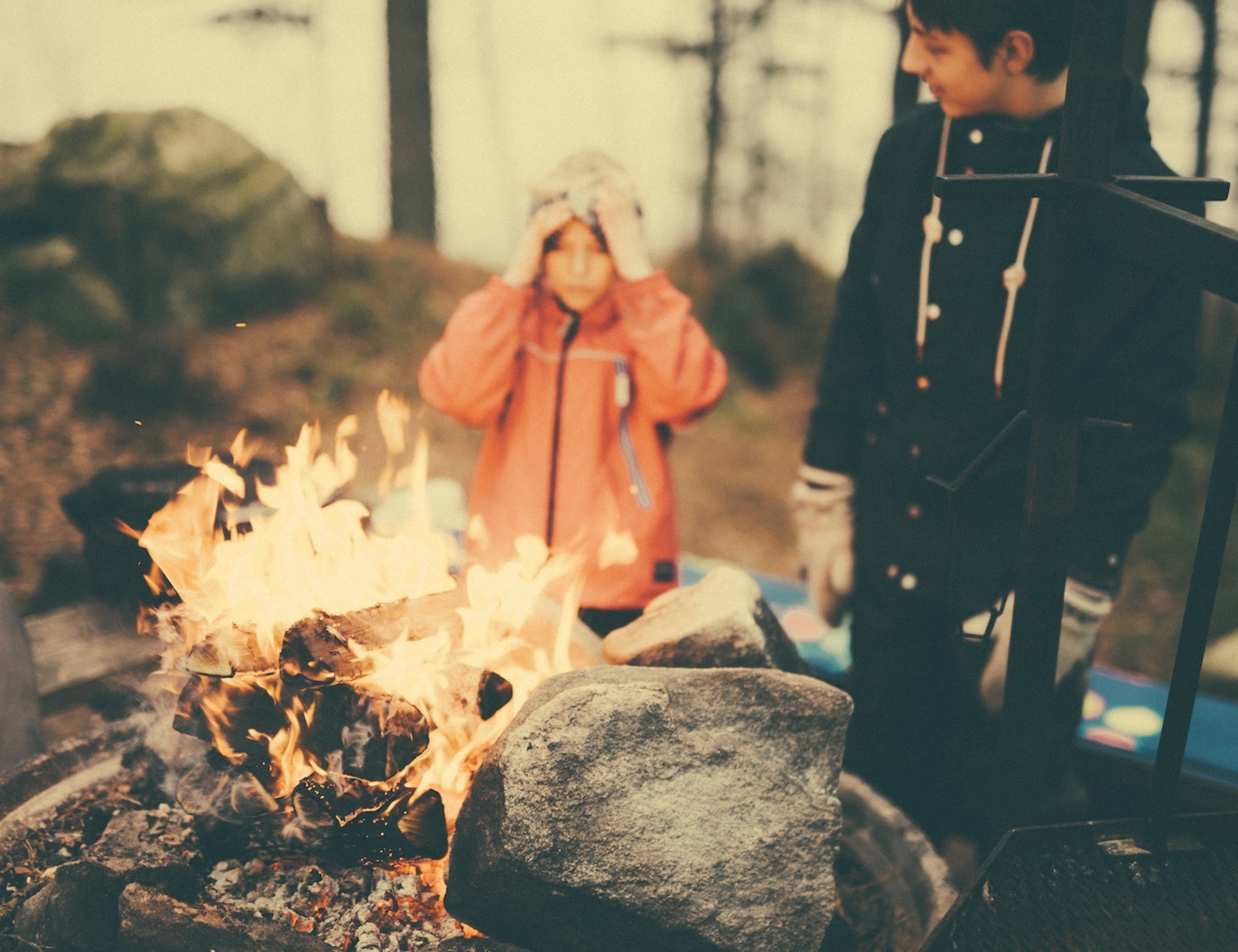 Fire's symbolic meaning varies across cultures and can hold different connotations based on the context in which it is used. Often, a raging fire is used to symbolize destruction, punishment, pain, anger, death, and fear. This likely hearkens back to humanity's earliest days: before man learned to control the flame, fire was a force that could quickly wipe out an early settlement, and ancient societies had no efficient way to combat the blaze. It commanded fear. Even today, drought-ridden parts of the world suffer fires too major to control.

But fire can also symbolize rebirth-as in the myth of the phoenix, a bird that bursts into flames and is reborn from the ashes.

When employing fire as a symbol in visual storytelling, it's important to match its form to context as you work through the content creation process. While a raging forest fire can easily be interpreted as fear and danger, a candle's flickering flame can represent truth, good's conquering of evil, or hope in a world of darkness. 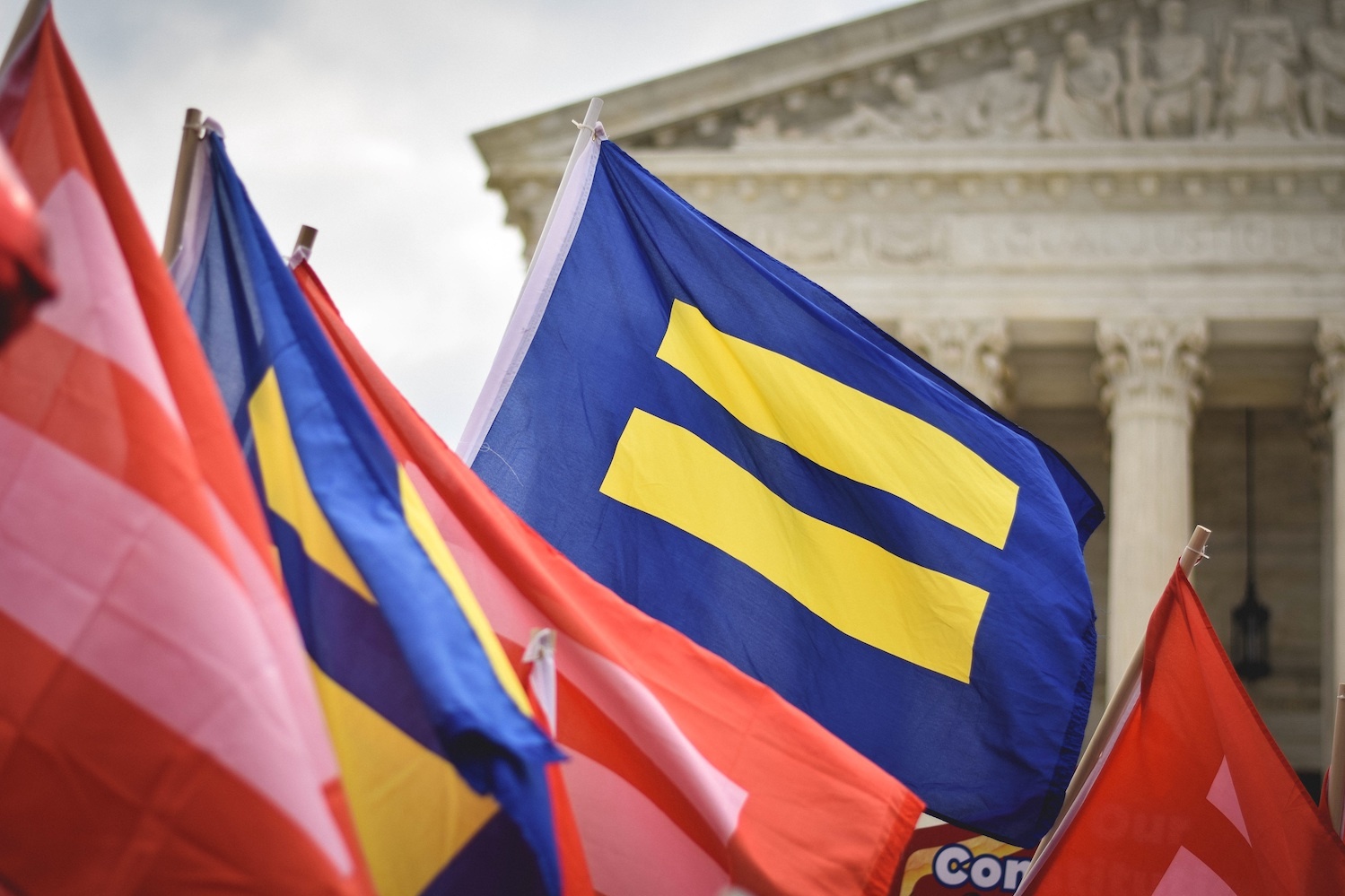 A flag can be used to denote a variety of meanings in a visual story, depending on the type of flag used. Countless brands employ visuals of certain countries' flags to associate themselves with patriotism and national values among audiences. Other types of flags can carry entirely different meanings. Take, for example, the blue flag with a yellow equality sign represents the Human Rights Campaign, and is "one of the most recognizable symbols of the lesbian, gay, bisexual and transgender community."

A flag's color can also be employed to symbolize a variety of concepts. Historically, nations designed their flags with these symbolic colors in mind. Red, for example, can be used in a flag to denote revolution, valor, and blood loss, while white generally represents peace or surrender. Blue symbolizes freedom, yellow represents wealth, and green is commonly associated with agriculture and fertility. It's no wonder, then, that two of the world's most common flag color combinations are red, white, and blue; and green, red, and yellow.

8. The Skull and Crossbones 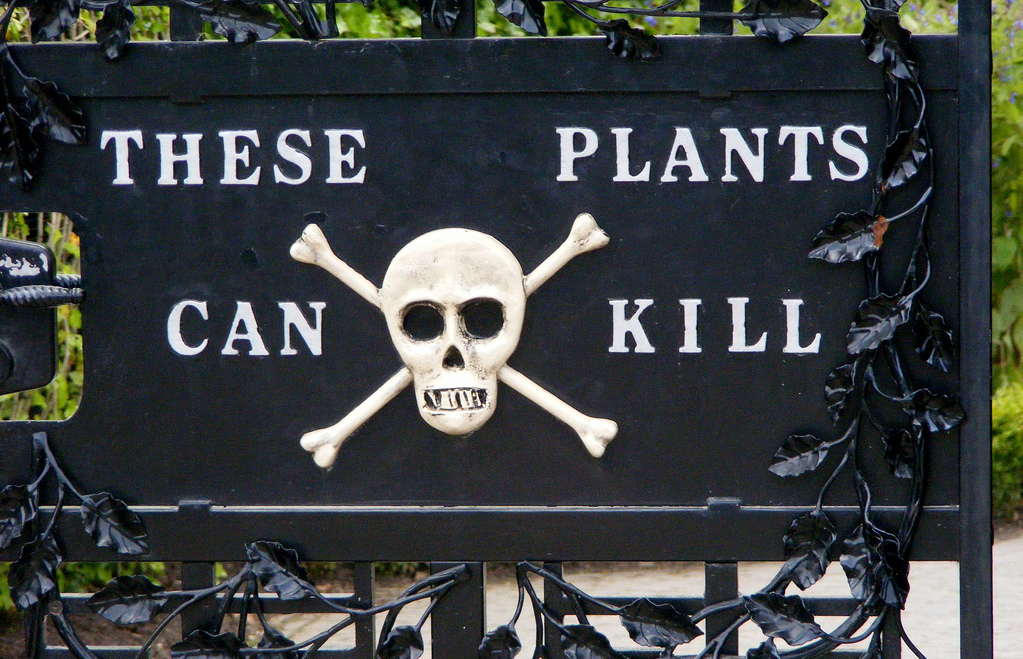 Most popularly associated with the Jolly Roger flags flown above pirate ships, the skull and crossbones is frequently used to strike fear in the hearts of its beholders and foster a sense of dread or danger within a story.

The image of the bones crossed below a human skull even originated as a symbol of death placed on tombstones in the Late Middle Ages. 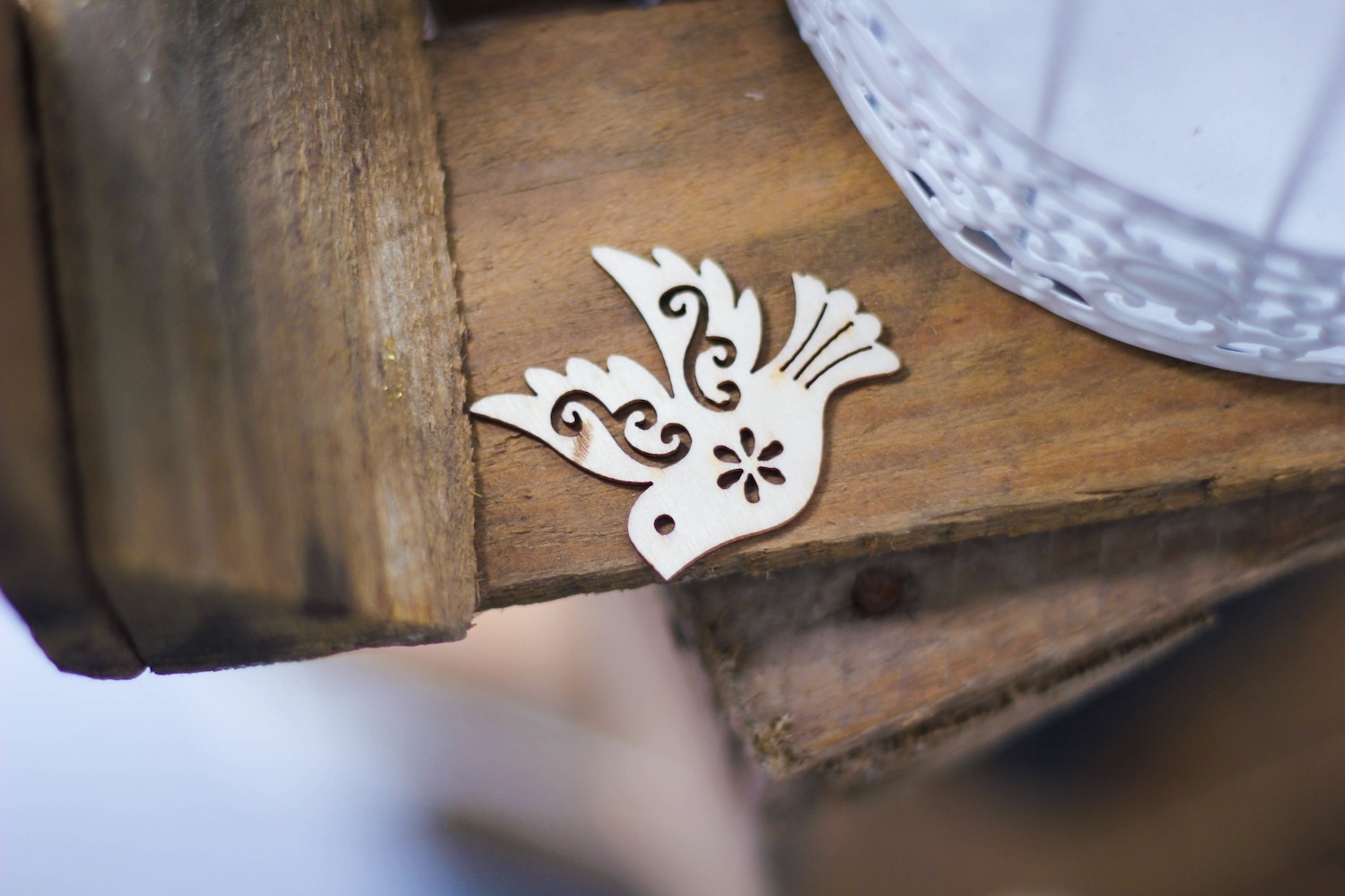 The white dove is used in a variety of settings as a symbol of peace. So universal is the symbolism, the dove is a paradigm of peace in Judaism, Christianity, and Paganism. And while early Christian art employs the dove to represent peace of the soul, the bird was later used to also visually communicate the end of conflict.

Over time, the dove became so synonymous with peace that it ultimately became the symbol of pacifism. Not only is it commonly used in political cartoons, but the dove has even been adopted by the Olympic Games, as well as various antiwar and anti-violence protest groups. A person who identifies as a pacifist is even sometimes referred to as a dove.

Visual storytellers can include images of doves in their presentations to denote the arrival of peace, a tranquil state of mind, or the absence of violence. In a religious or spiritual context, a dove can be used to symbolize grace, holiness, and divinity.

Visual storytellers have used symbolic imagery to communicate or reinforce their messages since the dawn of time. What were Egyptian hieroglyphics, if not a collection of symbols used to communicate? And just as that ancient form of communication only held meaning to those who understood the written language, modern symbols can carry entirely different connotations from one context or culture to the next.

Remember: while employing visual symbols in your content can certainly add to the overall emotional atmosphere, help build a character, or drive a plot, misunderstood and misplaced symbols can quickly and easily rub audiences the wrong way. The best way to prove your investment in your audience is to learn their language first. Once you do, you can add dimension to your work by incorporating their symbols into brand stories.

Visual storytellers of all skill and experience levels can create captivating visual presentations and infographics with the help of online tools such as Visme. And integrating symbols is only one of the many ways digital marketers can craft visual stories that engage audiences, inspire them to share the content, and ultimately go viral. Visme allows users to translate data into beautiful visual content, to animate graphics, and to publish presentations through a variety of avenues.

Payman Taei is the founder of Visme, an easy-to-use online tool to create engaging presentations, infographics, and other forms of visual content. He is the founder of HindSite Interactive, an award winning Digital agency specializing in website design, user experience and web app development. 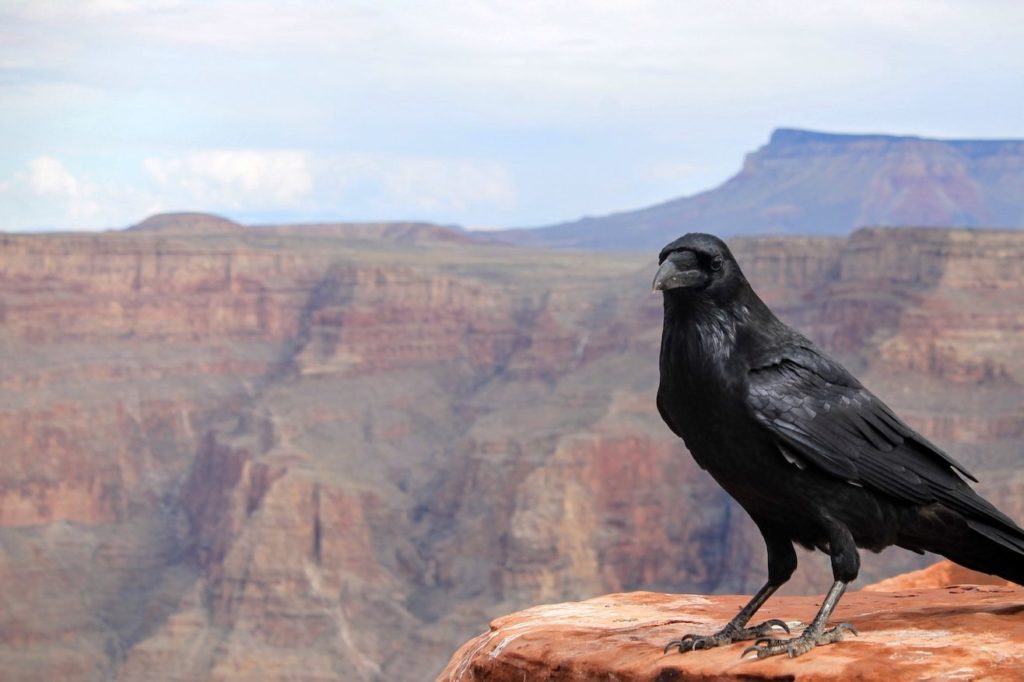