The imagery of Christmas can be inherently nostalgic. Christmas trees, houses covered in lights, wholesome holiday movies, and stockings over the fireplace all seem to evoke the simpler times of the holidays of our childhoods.

On a slightly more cynical note, endless shopping lists, the chaos of Black Friday, and the Christmas music that begins to play in stores in October can make us feel nostalgic for an era we weren't even alive for, one that existed back in our grandparents' day or maybe even before-a time when the holidays weren't dictated by holiday marketing and Christmas wasn't all about consumerism.

Here's a secret, though: That time doesn't exist.

At least, not in America. The creep of consumerism into Christmas occurred at the same time that the American Christmas as we know it today began. The two trends-the rising popularity of Christmas and the increasing commercialization of it-went hand in hand, with one influencing the other until Christmas built itself into the season-long celebration we know today. And marketing spurred on both of these trends simultaneously.

Marketers' role wasn't just in the obvious areas of convincing people to buy more Christmas gifts. Instead, marketing is behind some of the most iconic symbols of Christmas, from classic traditions to beloved stories. And the story of how this happened can provide some fascinating insights into how marketing can help shape a society. 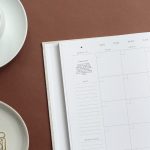 The Ultimate 2020 Holiday Calendar for Marketers

'Twas the Era Before Christmas

Before we dive into all of that, though, let's go back in time and talk about how Christmas came to be the Christmas that we celebrate today.

While Christmas lights and gift-giving seem to have a timeless quality to them, the truth is that until the mid-nineteenth century, most Americans didn't celebrate Christmas. The Puritans who settled New England outlawed Christmas, and in other parts of the country, Christmas was mostly an excuse for the upper classes to throw rowdy feasts, with hardly any holly or mistletoe in sight.

So what changed? Well for one thing, America became more industrial and more urban. This caused a bit of nostalgia in the American people for simpler times as well as an obsession with establishing family traditions as a refuge from the industrial world. Americans began adopting old-world European Christmas traditions to bring their families together. Christmas trees were copied from the traditions of German immigrants, for example, while Santa Claus had been originally brought over by the Dutch.

In the days before instantaneous communication, though, it would have taken quite a while for these traditions to spread throughout the entire country. That's where marketing stepped in.

The Beginnings of Holiday Marketing

One big driver in the spread of Christmas was the women's home magazine and other items off the penny press. Both the stories and the ads in these magazines built pieces of Christmas lore, much of which became cemented in public consciousness. For example, the popularity of Christmas trees can be traced back to an image in Godey's Lady's Book, the most widely-read magazine at the time, of Queen Victoria and her family gathered around one.

Department stores weren't the only shapers of Christmas traditions, though. Many time-honored practices were actually the inventions of entrepreneurs. Christmas cards were begun by a German printer named Louis Prang who wanted to create a market for his newly invented color printing technology. And Christmas trees got their classic sphere-shaped ornaments when department store owner F. W. Woolworth decided to mass produce them in Germany and sell them for a bargain.

Holiday marketing's impact on our Christmas traditions and aesthetics, though, are nothing in comparison with their impact on our most popular Christmas stories and characters. This is even true when it comes to the most famous Christmas character of all-Santa Claus.

The Dutch tradition of Santa Claus was first popularized in America by the 1822 poem "A Visit from St. Nicholas" (now more popularly known as "The Night Before Christmas"). But at that time, there wasn't any broad consensus about what, exactly, Santa looked like. Department stores, with a little help from the magazines of the time, helped rectify that.

In 1841, a Philadelphia store created a life-sized model of Santa as a marketing effort to draw children to the store. This led to a trend in which stores provided opportunities to see a "real live" Santa, thus cementing Santa Claus as a part of our holiday shopping habits. Macy's became the first to have Santa inside an actual store in 1862, and the rest is history.

Still, Santa's appearance and personality wasn't quite what it is now. The most popular images of Santa in Victorian magazines depicted him as "a small elflike figure" who was much more grim and serious than we're used to today-the red coat and the white beard were usually there, but it just wasn't the same. And the image of Santa we all have in our minds now would likely not be the same if it weren't for the marketing efforts of Coca-Cola.

Coke has been featuring Santa in its ads since the 1920s, but he became a staple of the soda's holiday marketing in 1931. At that time, Coca-Cola commissioned an illustrator named Haddon Sundblom to create an image of "a wholesome Santa" to use in its ads. The artist went back to the jolly figure described in "The Night Before Christmas," and the Santa we know and love today was born. 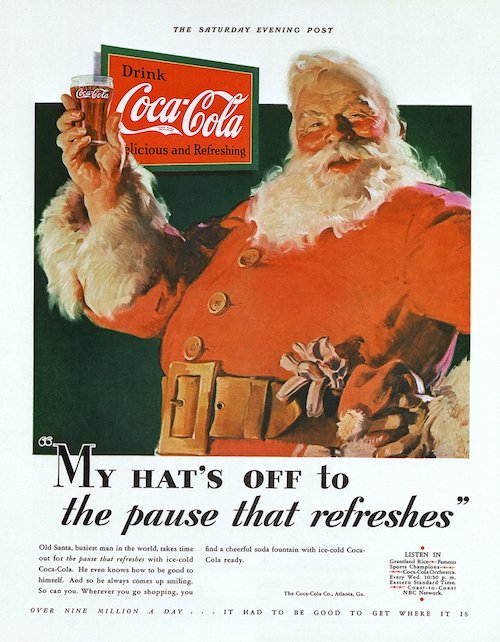 The Most Famous Reindeer of All

Santa wasn't the only popular Christmas character to be defined by marketers. His most well-known reindeer helper was, too. In fact, Rudolph wasn't just popularized by marketers-he was invented by them.

Rudolph the Red-Nosed Reindeer was created as a content marketing play by the department store Montgomery Ward. The company had traditionally bought and distributed coloring books to lure children into its stores during Christmas time, but in 1939 it decided to save money by producing something in-house instead. Company execs turned to one of their own copywriters, Robert May, to write an original children's book.

May created a rhyming tale about an outcast reindeer with a shiny nose that instantly became a hit. It definitely paid off for Montgomery Ward, which gave out 2.4 million copies of the book to children of their customers that year. Rudolph's storybook was then revived in 1946, when Montgomery Ward handed out an additional 3.6 million copies in stores. In 1949, May's brother-in-law wrote a song based on the book, helping Rudolph go down in history.

By the way, this wasn't the end of the commercialization of Rudolph. The 1964 claymation movie was actually paid for by GE. The electronics company seems to have liked the idea of Rudolph's light bulb-esque nose saving the day.

Brand Storytelling and the Story of Christmas

From Rudolph to Santa to some of the most quintessential decorations, marketing and business has shaped how we experience Christmas. While people are often all too eager to accuse big money of ruining Christmas, the truth is that it didn't-it made Christmas.

The history of Christmas in America reveals exactly how much marketing impacts our culture and, ultimately, the power of brand storytelling to influence social trends. The story that Montgomery Ward told about Rudolph, as well as the stories Coca-Cola told us about Santa Claus, have touched people's hearts in dramatic and lasting ways. And more subtle forms of brand storytelling, such as window displays in department stores, helped shape the story of Christmas that Victorian-era Americans told themselves as they invented the modern form of the holiday.

This continues today in the most popular Christmas ads and marketing efforts. Opportunities to tell Christmas stories persist, and the brands that best capitalize on the emotions and traditions wrapped up in Christmas have a powerful opportunity to become a part of our Christmas culture-perhaps even for years to come. 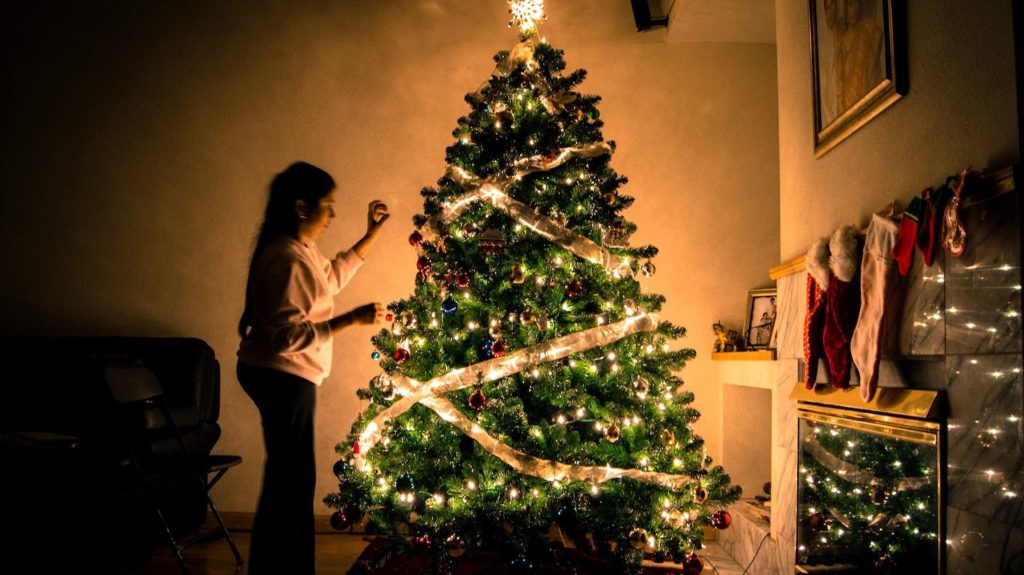