It's hard to argue against the experience virtual reality can offer. But in terms of functioning as an everyday, household technology, VR has a long way to go. Statista notes that an estimated five million devices will be sold worldwide in 2018. Stacked up against the world's seven billion-strong population, that's not exactly bringing VR toe to toe with smartphones, which are projected to number six billion by 2020, according to CNBC.

As a consumer technology, VR is still nascent. But as an immersive marketing technology, its ascent as a pillar of modern digital marketing is well underway. And the smartest brands recognize that the best version of VR has nothing to do with their audience's living room: Rather, it's all about serving as the centerpiece for a truly immersive, engaging experience. And it's hard to be transported to another world when you can feel your living room's plush carpet under your feet, or when you can still smell the salmon you had for dinner earlier that night.

As a result, brands are turning VR and other immersive experiences into an event unto itself and setting up experiential marketing destinations that take a more comprehensive approach to controlling the reality into which users enter. Whether in retail stores, at trade shows, or in dedicated experiential spaces, branded immersive experiences are starting to understand that the VR headset is just one component of creating a virtual world.

A static VR experience-one that offers immersive video but little to no interaction-won't do much to stoke the interests of your audience. Recently, a choose-your-own adventure approach has become much more common when designing VR experiences. Even if the cost of building out these varied paths can be pricey, organizations are increasingly discovering that the cost of production is balanced out by the value created when users are given agency to control the flow of that experience.

That's one of the appeals of the IBM interactive film OUTAGE, which lets users play a character in a seven-minute film about a city-wide blackout. Though not a true VR experience, the film, which debuted at this year's Mobile World Congress in Barcelona, let different users put themselves in the starring role, even soliciting advice from onlookers as they navigated the experience and tried to restore power to the city.

This ability to share the experience with others is another appeal of turning VR participation into staged events. A similar approach is taken by Disneyland's "Star Wars: Secrets of the Empire" virtual reality experience (because hey, what is a Disney-owned theme park if not a massively popular vehicle for marketing its characters and brands?). In Disney's Star Wars experience, users could group into teams of four to participate simultaneously in the virtual gaming action.

Participants aren't isolated to enjoying the experience on their own: Instead, they're able to share it with others, something that's impractical, if not impossible, if the company couldn't create its own staging area to manage the interconnected VR experience.

For IBM, the goal of this experiential marketing strategy is to position the brand as one of the leaders in creating innovative, exciting technologies. Star Wars, meanwhile, is simply aiming to do what Star Wars has always done: Excite and captivate its audience, and leave them wanting more. Instead of producing a less engaging, less immersive version of the experience for use by home consumers, both companies created an event space where the experience they offered couldn't be found or duplicated anywhere else.

A Virtual Space to Learn and Explore

For retailers, virtual reality has become a perfect tool to help shoppers visualize, learn, and discover in a simple, risk-free environment. Ikea created its own virtual reality experience to attract new customers and foster positive experiences at the opening of a new store outside of Dallas. According to Ad Week, shoppers enjoyed a mix of playing games and examining furniture and other Ikea products-even learning about the company's design principles and efforts towards sustainability. 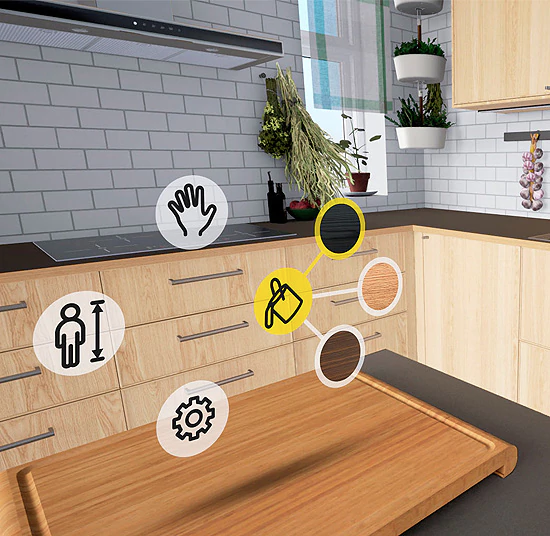 The VR experience served as both a marketing event to increase foot traffic to the new location, and a supplemental tool to educate unfamiliar shoppers about everything Ikea has to offer. This was a shrewd move for a brand that, while popular and well-known in the urban areas it serves, can face challenges in attracting new customers because of its distinct product lines.

Home improvement retailer Lowe's took a similar approach with its Holoroom, an immersive experience installed into retail stores that uses VR to help educate shoppers on DIY projects, including virtual skills-training clinics that show consumers how to tackle new projects that might intimidate them.

The Holoroom also offers design and visualization tools to help shoppers plan and build their remodel. The ability to test out these remodeling ideas in a safe VR space, rather than learning the hard way through real-life trial and error, is of great benefit to shoppers, who can then seek out the assistance of in-store staff to tinker with their remodeling plans and find the right products to get the job done.

For retailers, VR experiences offer enormous potential to restore value to brick-and-mortar shopping, thereby attracting consumers they might otherwise lose to online competitors. Retail stores have long been faced with the need to reinvent themselves as shopping destinations, and immersive marketing technology is one way to make that happen.

Any VR headset can provide an experience that offers visual and auditory elements. But if you're only capturing two of the five senses, it's hard to call your experience truly immersive.

At the same time, incorporating those other senses can be tricky, especially when those elements need to make sense for the story you're trying to tell. That's why Boursin's Sensorium is such a brilliant use of VR: The company leveraged all five senses-including, amazingly, smell-to create an immersive experience that promoted its line of cheese products.

The Sensorium brings users through a journey taking place in a refrigerator, moving users past select ingredients that provide calculated sensory stimulation. In addition to the VR headset, the Sensorium incorporates moving furniture, cool air, scents of foods, and product samples to incorporate taste into the experience.

As Econsultancy notes, the Sensorium debuted at a London shopping center before touring county shows and food festivals, setting up shop at relevant events to engage consumers. This level of immersion could only be possible by controlling the entire environment and making sure elemental variables were used to make the virtual experience as realistic as possible.

Boursin isn't the only brand to understand the importance of the elements existing outside of the VR headset. Remember the Star Wars experience we looked it earlier? It makes use of a range of environmental elements, including wind and flashes of heat from virtual lava flows, transporting users out of the physical world and into the one the company's created.

These sensory, full-body experiences are impossible to replicate with at-home VR technology, which underscores the unmatched benefits of constructing VR experiences as go-to events. If the experience is engaging enough, you'll be able to draw a crowd anywhere. 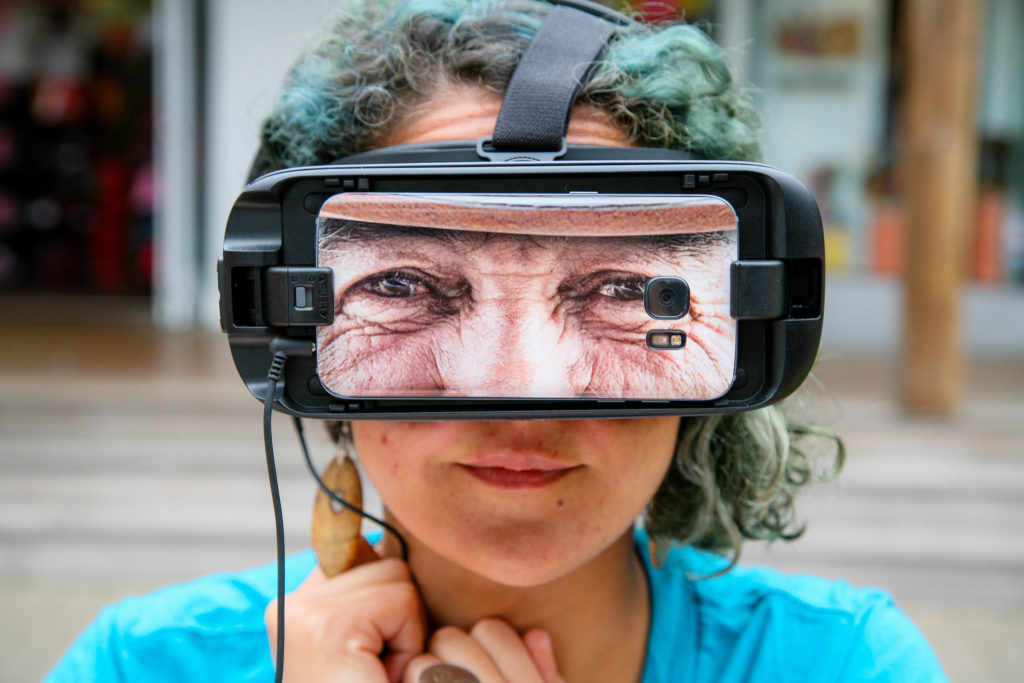