Robert McKee minces no words in addressing marketers: "If they don't get story, others will, and they will lose their place in the marketplace."

Despite his growing prominence among marketers, McKee comes from a different world entirely-the screenwriter-turned-lecturer made his career in the entertainment industry as an authority on storytelling before finding an unexpected niche teaching businesspeople how to use storytelling to reach customers more effectively than traditional advertising.

Since 2016, McKee has partnered with Skyword CEO Tom Gerace to teach Storynomics seminars to marketing executives, and the pair is about to publish a book, also called Storynomics, on how story is transforming marketing.

I spoke to McKee in advance of the book release. Our conversation below has been lightly edited for length and clarity. 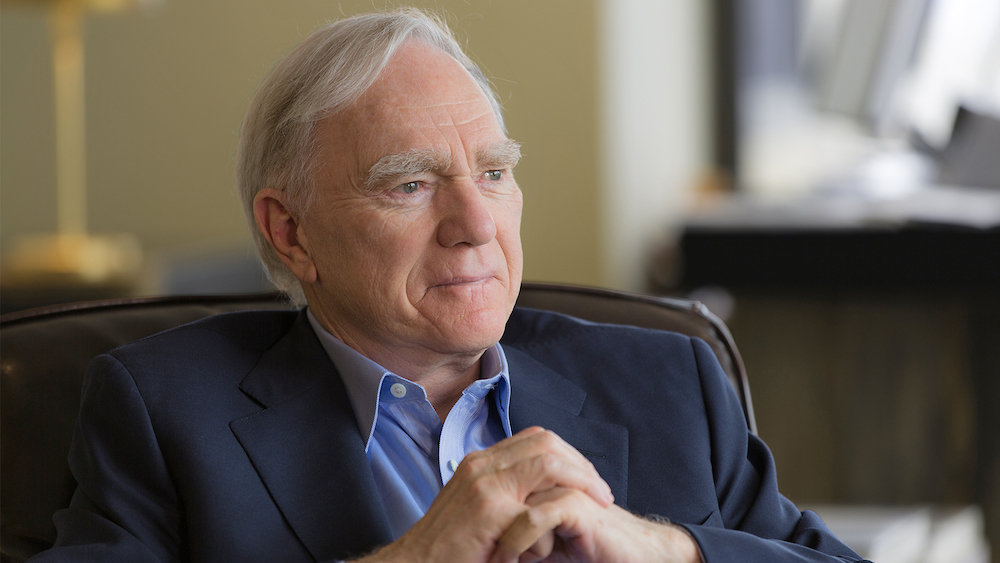 You come from the entertainment world, and you had tremendous success as a screenwriter and then as a teacher to other screenwriters. Why branch out to speak to marketers? How did that come about?

It came about sort of sideways. Over the years I've had people coming to my big seminar-I do a three- or four-day, all-day seminar for writers-and they would come up to ask a question or something, and I would ask them, what are you working on? And they said, oh, I'm not working on anything. So I said, well, why are you here? And they said, well, I'm in business, I'm in marketing, and I'm trying to understand story.

And so these people were spending three or four days from nine o'clock in the morning to eight o'clock at night in this immense lecture. They had this great suffering that they were going through to try to understand story for business! And many of them came up to me and said, it would be nice if this was focused on our needs-and so I took them up, and that's how story for business was born.

Way back when, I was coaching individual companies, and Harvard Business Review did an article with me in it about this problem of storytelling in business, and a couple other pieces came out in the business journals, and so I started getting more and more individual clients. And I realized most of the time when I sat down with a client, I spent much more time explaining story to them than figuring out how they were to use it. People think they understand story because they've experienced them all their lives in every possible medium, but that's like thinking you can compose music because you've heard it in every possible medium.

And so anyway, because of all that, I realized it was time to create a seminar for them. But I also knew that I know how to communicate in story form, but I wasn't that knowledgeable about story in the context of business and its immediate and practical uses. And so I contacted Tom Gerace at Skyword in Boston, amongst others, and I chose Tom because I thought he was extremely knowledgeable.

So the answer's brief: There was a need, there was a market for this, and so I tried to fill that need.

How was that process of working on this version of the seminar and later writing the book with Tom, of having to look at story from the perspective of a brand as opposed to a purely entertainment perspective?

So my first big problem was how to make it clear, as simple as possible, and yet really capture the essence of it so that it would also be just as powerful and effective as any work of fiction would be for TV, film, the stage, the page. So for the book I have concentrated the form of story into eight steps that take this enormity called story and focus it into a very precise instrument for marketing.

Why do you think that we are seeing this need right now? If story is an immensely powerful way to connect with an audience, it makes sense for brands to do it. But that's a message that is true today, will be true tomorrow, and was true fifty years ago, so why are we only seeing receptivity to this message now?

Because there's a cultural revolution going on, particularly with millennials and generation Z. To put it in just three words, they hate advertising. They believe that it is always a lie, that it's always exaggerated, that it's bullshit in some fashion, because the primary tools of advertising are bragging (we're the biggest, we're the best, we're the newest, we're the shiniest) and promising (we will do this for you, we will do that, you will love this, blah blah blah). Bragging and promising, that is the essence of advertising and it has been ever since Ben Franklin put ads in his newspaper.

We, the previous generations, would accept TV commercials and accept print ads in publications as the price to pay for reading the publication or the price to pay for watching the TV show. We just understood that it was a tacit agreement: OK, I will glance at your ads in the paper, I will sit through your commercials on TV, if you give me good news in the paper and good entertainment on television. We just understood that that was the price. We didn't like it, we found it annoying, but we got used to it and accepted that that was the price.

Not anymore. Young people will not put up with that. What's happened recently that is most powerful is ad blockers and subscription services that have no advertising. Consequently marketers are losing ground rapidly, because these people are just disappearing. If they've got ad blockers up, you can't reach them. If they go to Netflix for their entertainment, you can't reach them. And so they've got to find another way to talk to them. If you can reach them through story and hook their interest and hold them and pay it off, then your message can get across. And they will be happy to listen to it. I've always known that story, if beautifully told, is a far more useful way of reaching people than bragging and promising. But it also requires greater creativity.

They are going to take on the role of producer. If we were to take on a show business analogy, producers can't write either. But they know good from bad and they know how to inspire people, manage people, set up a process and get things done, and judge it at the end of the day. And so the executive becomes the producer.

In order to get the creatives to do their very finest work and tell the best, most effective, most engaging stories, the producer-or the marketer in this case-has to understand what story is. Like I said, people think they do and they don't.

What are the brands that you watch and say, they're great storytellers?

Apple has always done a great job with this. Over the years, over the decades, the most effective, consistent storyteller has always been Apple.

What is it about them that you like so much?

Do you remember that Apple ad from Christmas a few years ago with the family with the teenager, and he seems indifferent to the family but in fact he's building a little movie for them? So it has a wonderful turning point where it's revealed that he's actually done this enormous favor for his family, that he loves his family.

What makes Apple's stories really effective is that Apple understands that there has to be a negative floor. You have to start at the negative and move to the positive. It looks like the kid is indifferent to the family: negative. Turns out the kid loves his family: positive. That movement from negative to positive makes that positive ending powerful.

Part of our campaign with Storynomics is to make it very clear to marketing people that in order for that positive ending to have impact, it must come off a negative floor. And God, that's hard. It's hard for marketers to get over. But the ones who get it, they thrive. They are successful. It's very simple; it's not Marcel Proust. But it takes a certain amount of courage to embrace that technique.

What's your outlook for the future? Where are we in terms of the adoption curve for brand storytelling and what do you think we have to look forward to?

My outlook is that storified marketing is the future. Simply, and obviously, it's a matter of survival. You really don't have much of a choice. And as the market disappears behind all those ad-blockers and whatnot, you're going to have to find ways to reach people, content marketing being one of the very most effective. My outlook is evolution. Corporations have to adapt to the changing environment. And if they don't learn to communicate with people effectively, if they keep bragging and promising and those people keep turning their back or even worse laughing at you for doing that, then you'll be out of business. And the people who survive will be the ones who know how to communicate.

What it comes down to essentially is communication, how to talk to people. And story is the most powerful form to communicate to people. When a bunch of friends sit down around a table at a restaurant, and open a bottle of wine, and start talking, what do people do? They tell stories. Storytelling starts around the table: "You won't believe what happened to me today." And this is the way in which people communicate. It is the most natural form.

But on the other hand, it requires creativity. It requires real knowledge of the subject and creativity to put it into story form. And so my sense of the future is that writers, people who can tell stories for corporations to help them in their marketing, have got a great future. The demand for people who can persuade in a storified way is going to be a big job in the future, and there's no computer that can replace it.

To learn more about story-driven marketing in the post-advertising world, order Storynomics. 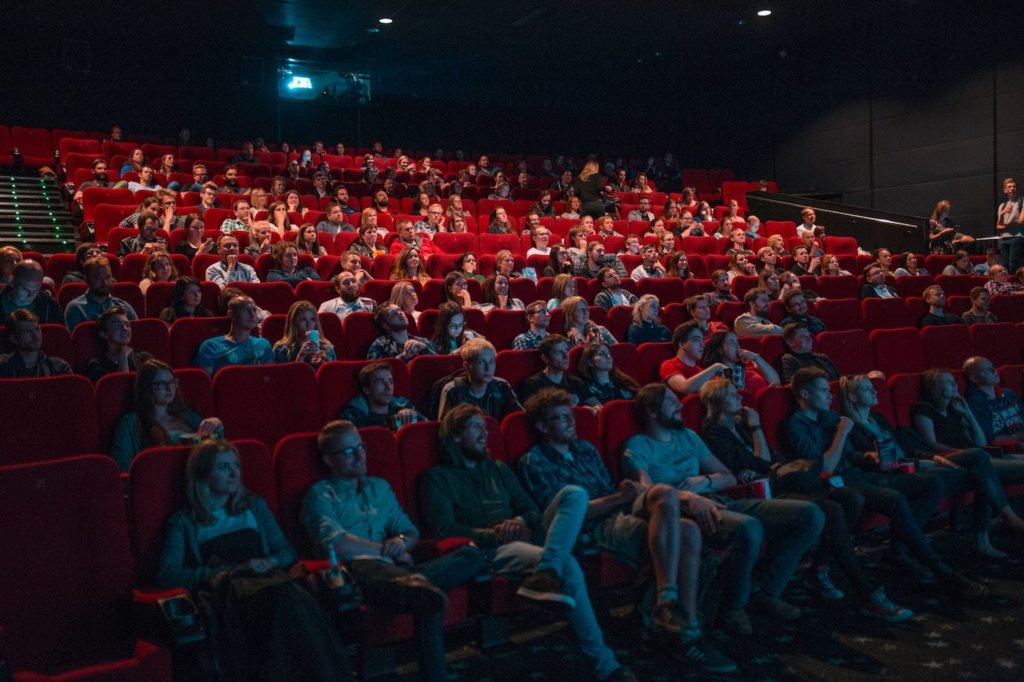