Tom Fishburne, better known as the creative mind behind Marketoonist, never expected a massive audience for his cartoons. While working at General Mills in the early 2000s, he started sending a weekly email to a group of 35 other associate marketing managers with a cartoon lampooning their day-to-day experiences-the only real outbound push he ever did.

Today, that weekly email newsletter is still going strong (and receiving an envy-inducing 40 percent open rate), his cartoons reach hundreds of thousands every week, and Tom has left a conventional marketing career behind to become a full-time cartoonist, creating not just cartoons about marketing but cartoons as marketing for brands like Kronos and IBM.

Perhaps unsurprisingly for someone who's grappled with marketing's foibles on a weekly basis for the better part of two decades, he's deeply introspective about marketing in general and content creation specifically. But though he's first in line to parody our faults-the fad-chasing, the Shiny New Thing syndrome-his excitement and optimism about marketing pervade our conversation.

On Cartoons as a Medium

"I love the cartooning medium," Tom tells me in a recent phone interview. "I think the cartooning medium allows you to say things that are very hard to say another way, partly because the audience sees themselves in the cartoons. [ . . . ] I feel like that's why cartoons are often the things that get clipped out of magazines or retweeted or shared, because it says something about the viewer as a participant in the medium."

When I point out that his chosen medium seems to have allowed him a freedom to show his audience in a less-than-flattering light, Tom is quick to point out that it's anything but mean-spirited. "I, myself, am a marketer struggling with all the challenges that all marketers struggle with, and I see humor in the pain points of that struggle and that journey."

“The Blockchain Bandwagon” - new cartoon and post on the hype and promise of the shiny new thing https://t.co/aI3Se6Emio#marketing #cartoon #blockchain pic.twitter.com/gozQ8iyHhf

He brings that same method to his work with brands. Citing his work with Kronos, a workforce management software company, he shares, "There are a lot of pain points around how to manage workforces, and ultimately, we used these pain points to mine for potential stories that we can parody in cartoons. And it's been really fun to see that evolve over time, and where the cartoons have popped up, and how within that community-not just the Kronos audience, but more broadly within HR-how the cartoons are often cited as ways to address challenging issues in HR and workforce management."

On Concision and Simplicity

Cartoons, by their nature, force storytellers to be incredibly concise, a discipline that Tom says has shaped his thinking about all aspects of marketing.

"Going through the process of refining and curating and editing and simplifying an idea down to its essence," he says, "is crucial in cartoons because you only have a moment to capture the idea and to capture somebody's attention. There's a lot of thought that has to go into people moving from left to right across the cartoon. At what point in those few seconds are you actually presenting the joke for the whole thing to hang together?

"So there's this simplifying process that has to be part of cartoons for it to work. But I think it's actually critical for all aspects of marketing. The more time we spend on the editing and curating process, the better quality our content will be."

Quality of content is a particular bugbear of Tom's that surfaces throughout our conversation.

"We have been in an era of marketing," he says, "this explosion in content marketing, where so much of the focus has been on quantity rather than quality, and we have to publish all day, all the time. I've heard the expression 'feed the beast,' and that metaphor is not one that I like because [it] ends up as, 'Let's get as much as we can out there and optimize search terms and have the catchiest headlines.' I feel like that phase that we've been in has resulted in content that, ultimately, is not quite meeting the bar and is overwhelming. It adds to the clutter, and we can't break through the clutter by adding to it."

The democratization of publishing that has enabled his career, he notes, has had unintended consequences for marketers: "It's so liberating that everybody can be a publisher now, but the flip side of that is that when everybody's a publisher, sometimes we mistake the medium for the most critical thing and think, 'I just need to publish on all these channels.' But that firehose approach, it creates this content marketing overload. I think, ultimately, brands will be disappointed by following that."

And yet he's optimistic about where content marketing is headed. "I think as marketers, we're shifting into a new stage where that quality bar is ever higher," he says. "The more we can spend time trying to simplify our ideas to the most curated version of that idea, the better chance we have that our ideas will actually spread and resonate with people."

In the early days, Marketoonist was, in Tom's own words, "a diary of sorts of my journey as a marketer," pulling directly from his own experiences in his daily work. "I'd be in meetings, something funny would happen, and I would think that would be a great cartoon idea, and I'd sketch it. [ . . . ] As my audience started to grow, people would often tell me their own stories, and so I started to hear a lot from the audience, specific things that would happen to them, or specific topics that would happen with them. And then over time, I started to look a little bit more at the analytics behind which ones spread. That helped shape my thinking about different topics that would resonate with different audiences."

A marketer by training, Tom happily admits to geeking out over analytics-but he also recognizes their limitations: "I found those analytics useful, but at the same time, I also had to make sure I didn't become blinded by the analytics. There's sort of a confirmation bias, where the cartoons that perform best on social media are often the cartoons that are about social media. And yet I knew that there were topics, like innovation, for instance, that were also really relevant to my audience. They just might not be the ones who are most likely to share it more broadly using some of the social tools."

Tom sees this balancing act, between his native empathy for the struggles and pain points of his audience and his love of data-driven insights, as a symbiotic relationship. "I respect both parts of that," he says. "I feel like there is something particularly in cartoons that is very human. And as you get too analytical about it, you end up destroying the joke, and it doesn't feel very empathetic. By that same token, I love learning from data and recognizing that sometimes my own gut instincts are not the way to go either. [ . . . ] I publish with the best intentions, but I'm often surprised, and then I look at the data to see if I can glean any sort of insights for future cartoons from that."

On Building an Audience with Serial Storytelling

Tom gently pushes back on my suggestion that cartoons might be about to have a marketing moment given marketers' renewed attention to visual storytelling and the social-ready share-ability of cartoons. Instead, he emphasizes their timelessness and the fact that he's been able to sustain a series over more than 15 years-a time horizon that's all but unheard of in the fast-moving marketing landscape.

"One aspect that I find most compelling is the nature of cartoons as a serial medium," he says. "You think of Peanuts that was published every day for 50 years. [ . . . ] I find that just amazing as an example of how to tell a story in an interesting way, because if you have an audience that's looking forward to the next installment, they're incredibly receptive, and you can built that over time.

"There's a lesson there for marketers to shift from a campaign mentality of 'what are we going to say next quarter, next month, next week,' to one that's about telling a story that has a cadence with some sort of frequency over a long horizon, and view that audience that we're serving through this longer arc. We don't have to say everything in one soundbite, and instead, it's this privilege to try to create something that people will actually want to tune into for the next installment."

And yet if there were a single soundbite that I would use to sum up our conversation, it's this very idea: that creating content for a returning audience is a privilege. This attitude, that your highest calling as a content creator is serving your audience for the long haul, has the power to change the way we conceive of marketing. 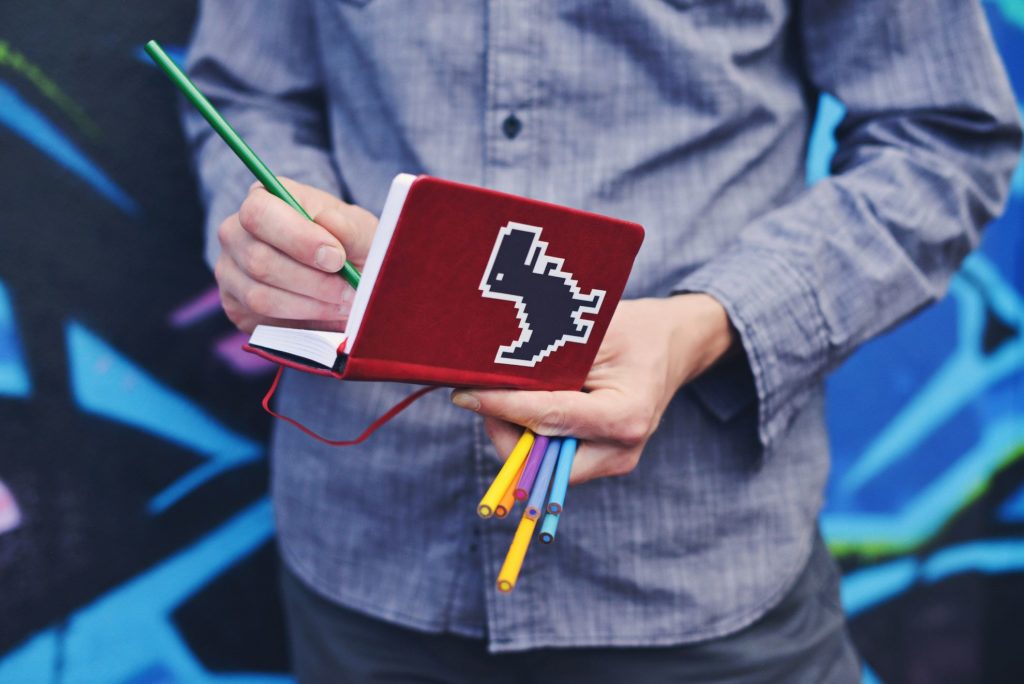