"Yeah! Can you play that jammin' new Google Chrome ad?"

Okay, while sponsored ad breaks might not make it on your end-of-summer hits list, one popular music streaming service is testing out new ways for audiences to discover and interact with commercialized content.

In August, Spotify embarked on an experiment in Australia they're calling Active Media, where users of Spotify's free ad-supported service are given the freedom to skip an unlimited number of ads. The test also lets advertisers partnering with Spotify not have to pay for any ads that are skipped.

The move is surprising, considering that Spotify has been working on implementing more effective strategies to prevent listeners on its free subscription model from using ad blockers to avoid sponsored content. Following a report in March that found that over two million users were "suppressing advertisements without payment," the company is under more scrutiny than ever to prove to stakeholders that its business model is profitable.

So the solution to losing profits from people skipping ads is to let them skip more ads? Has Spotify's executive board been listening to too much Rage Against the Machine? Not quite.

At first glance, a publicly traded company that runs a free service supported entirely on ad revenue putting faith in the consumer to determine their own ad intake feels like it would end up a bigger flop than Robin Thicke's post "Blurred Lines" career. Yet when viewed within the wider lens of customer preference for more personalized, interactive branded content, Spotify may have found an innovative new business approach that could address many of the shortcomings in today's paid media efforts. 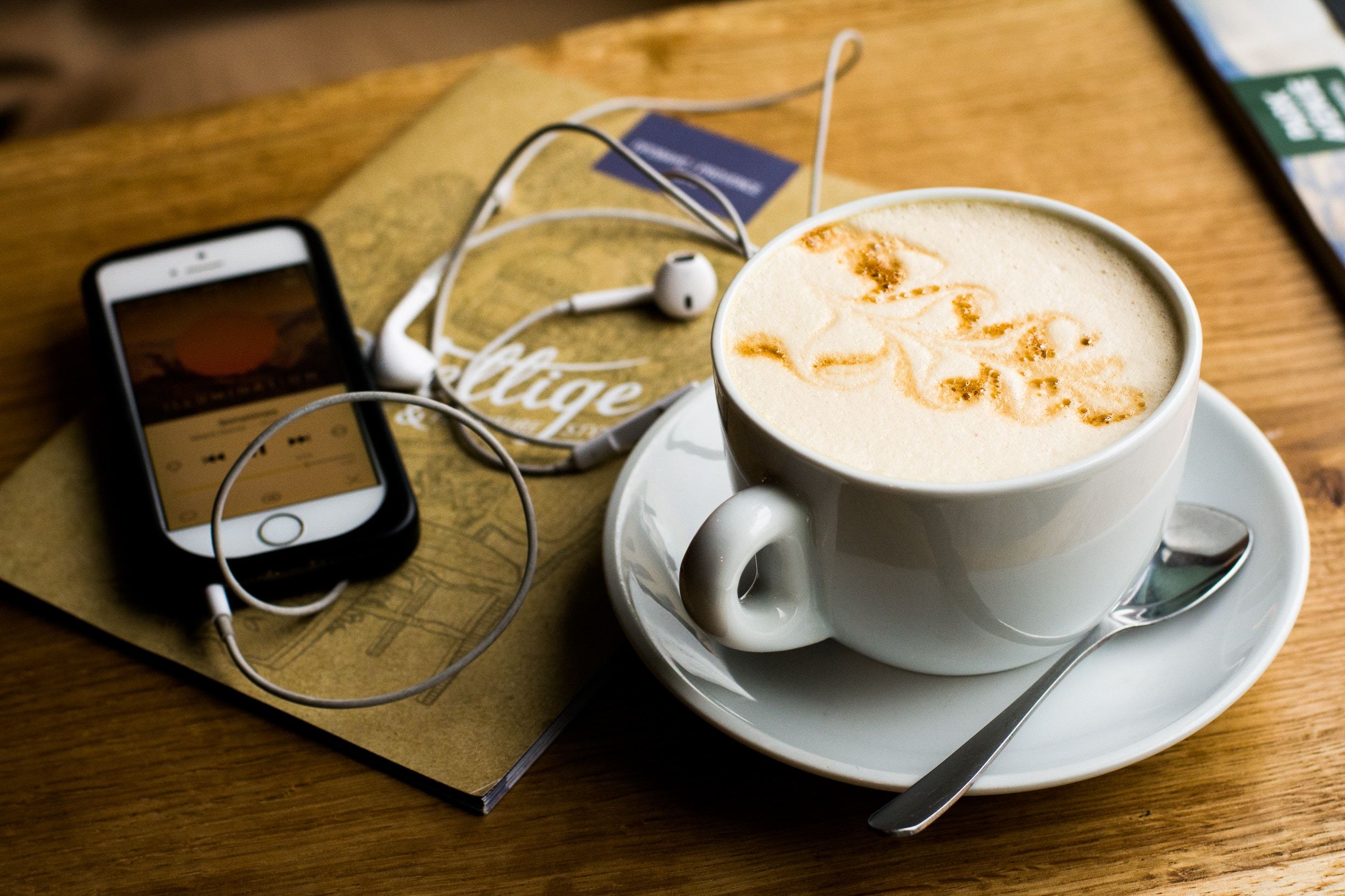 Spotify envisions Active Media as a win-win for both listeners and advertisers because it prioritizes ROI and customer experiences over individual clicks. While the approach may lead to fewer ad impressions overall, the impressions brands do gather will be much more valuable.

The decision to prioritize beneficial, user-selected sponsorships above sheer ad quantity is a reflection of how content marketing's effectiveness in driving business revenue has not only transformed the marketing sphere in recent years, but has influenced adjacent spaces as well. The rise of content marketing techniques is now breaking down walls between paid advertising and organic content strategies.

In the past, digital publishers such as Forbes and Business Insider have taken an aggressive approach against ad blocker use, banning readers found using ad blocking extensions from accessing their content entirely. Others, like the Guardian, have tried the guilt-trip approach by employing pop ups to users detected using blockers that remind them, "the best things in life aren't free." A recent Scientific American piece likened this ongoing power struggle between websites and users to competitive warfare, where each side mistrusts the other tries to find new tactics outwit them.

With all this frustration around the digital advertising model, is there any hope of eventually reaching a compromise?

Thankfully, peace is achievable. It starts with brands creating more relevant, enriching content that allows the publisher and user to serve as mutual partners in the marketing experience rather than adversaries.

Consumer irritation with advertising stems from the distracting and disruptive tactics used to present these ads, not the content of the advertising itself. In a 2017 Adweek article discussing the changing landscape of advertiser-consumer relationships, Peter Naylor, senior VP of ad sales for Hulu proposed that, "Viewers don't hate ads, they hate irrelevancy."

Instead of cracking down on the ad blockers and investing in ways to make it more difficult to avoid the content they don't want, Spotify is giving them more of what they do want: personalized and controllable content experiences. Simply put, they're exploring ways to serve better branded content at more convenient times.

Embracing the teaching that content marketers have known for a while now, the success of branded content is that it's an experience audiences choose to have, not one that's been forced in front of them.

The decision to test out a new ad distribution model is a step towards fueling more positive associations between brands and consumers. The company is trusting the public with the control to cultivate their own interactions with a service. In return, Spotify earns more accurate data for the type of ads listeners are responding most to and can use this information to build even more engaging, effective campaigns in the future.

"Our hypothesis is if we can use this to fuel our streaming intelligence, and deliver a more personalized experience and a more engaging audience to our advertisers, it will improve the outcomes that we can deliver for brands," said Danielle Lee, Spotify's global head of partner solutions in a recent article for AdAge. 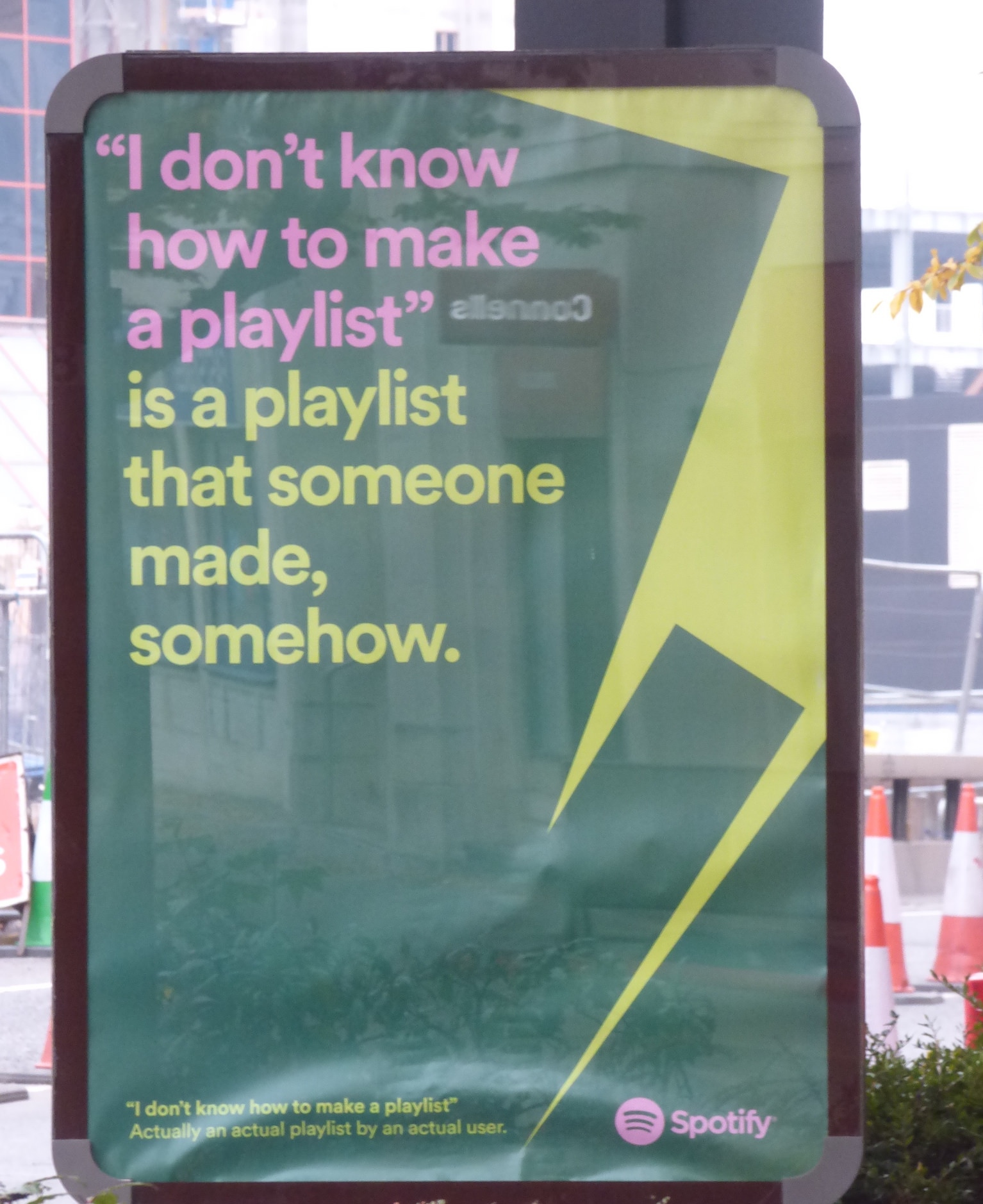 Clearly, Spotify's creative team understands the power of matching the right content to the right person at the right time. Now they're hoping to go one step further-helping brands build audience trust by telling them to stop barreling headfirst into a sales pitch and instead wait to be invited into the conversation.

Evolving From a Publisher into a Platform

In a new interview with Digiday, Spotify's global head of advertising, Brian Benedick, expressed a desire to see the business evolve into an ecosystem of brand awareness. Rather than forming individual sponsorship deals with companies by hosting their ad content in between Spotify's music service, they want to serve as a data resource for these partner brands-offering them insights on the ads audiences are engaging with and collecting information from Nielsen Digital Ad Ratings for specific campaigns so these companies can better analyze customer perception and purchase intent.

"It's the journey to becoming a platform, not just a publisher. Today we work with thousands of brands, but we envision a future where we're working with hundreds of thousands of brands, and the only way to get there is to provide efficiency to the business," says Benedick.

They've already taken strides towards making this vision a reality. Currently, Spotify provides companies with the ability to sponsor their own branded playlists, which brands like Nike and Urban Outfitters have embraced as a way to support their own voice and audience message. In its Brand Playlist terms and services, Spotify makes it clear that the mission of these playlists is to be more than another avenue for conventional advertisements. The instructions inform sponsors that their aim should be to "show the world what kind of music your brand likes to listen to while partying, driving, or enjoying a cup of coffee."

These forays into new kinds of long-form branded content, paired with their interest in allowing customers to forgo ad exposure, speak to a larger trend among brands to seek results and revenue outside of traditional digital advertising.

Ultimately, if Spotify's Active Media experiment proves successful in generating stronger, meaningful impressions from each ad experience, we'll likely see more brands embracing the same selective, quality-driven formats in their content strategies. It may be too early to start singing Kumbaya just yet, but it is possible that the push for customizable content and personalized brand experiences can achieve a long-awaited truce in the ad block wars. 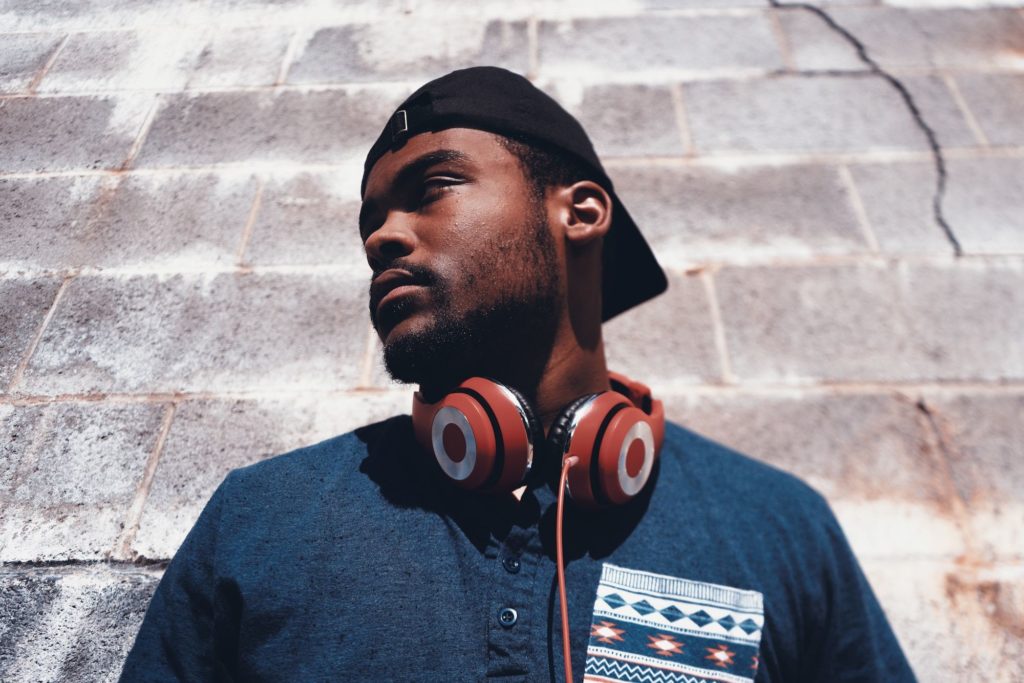