Like most Millennials, I grew up hearing that I could do and be anything I chose. This was the refrain of our parents, teachers, college professors, and mentors. To be successful, we needed to work hard, believe in ourselves, make the right connections, and show some talent for our desired professions. (For example, I didn't need a guidance counselor to tell me I'd never be a rock star or a football player.)

No one ever told me my gender would be a disadvantage in the working world, though, and I doubt I would have believed anyone who had. I was raised by smart, strong, stubborn female leaders. None of them were doctors, lawyers, or CEOs, but they were forces to be reckoned with. My grandmother became the first female cop to walk the beat of her hometown-not because she had any real interest in law enforcement, but because someone told her she couldn't do it. My mother is a nurse, which is a traditionally female job, but I pity the fool who tells her she can't do something just because she's a woman.

Of course, I always knew about the history of gender discrimination in the United States. But I believed it was, at least, on its way out, breathing a few dying gasps as the remaining members of the old boys club fought futilely to retain their power. Sure, the number of women at the top of companies and governments was still pathetically low, but I believed female leaders-finally freed from the shackles of sexism-simply needed time to catch up.

Then I spent five years working for a national women's business magazine, where I interviewed some of the most powerful women in corporate America, entrepreneurship, and politics. As I listened to their stories and career advice, and as I really dug into the research around women in business today, the truth became clear: Gender discrimination has certainly been weakened, but it's still alive and kicking. It's just gotten sneakier and more subtle over time.

Miles to Go Before We Sleep

As it turns out, I'm not the only one to buy into the myth of equality: Most Americans believe gender barriers no longer exist for women, according to researchers from Northwestern and Stanford universities. But just consider the following statistics:

Then there's Silicon Valley, where some of the world's most innovative ideas and breakthrough technologies come to life, yet the behavior of far too many tech leaders seem to suggest they believe they're on the set of AMC's Mad Men. Newsweek brought the issue to light in the controversial article, "What Silicon Valley Thinks of Women." Writer Nina Burleigh reports on shocking allegations of sexual harassment and the resulting high-profile lawsuits. But perhaps more discouraging are the stats and stories about what happens when women entrepreneurs seek funding. When Silicon Valley venture capital firms-where partners are 96 percent male-actually give funding to women entrepreneurs, it's at the lowest level, averaging just $100,000.

While such overt discrimination is no longer the status quo in most industries and organizations, we'd be foolish to think it only exists in Silicon Valley. Even in workplaces where opportunities are equal for men and women, perceptions are not. A recent study from Yale shows male executives receive 10 percent higher competency ratings from their peers when they speak more, while female leaders who speak up received 14 percent lower ratings.

Yes, we've come a long way, baby, but apparently not as far as we thought we would.

The Ticket to the Top: Success Secrets from Female Leaders

So how do we affect real change? As women, and as a society, how do we fight back against sexism and finally shatter what's left of the glass ceiling? By choosing the right weapon. When gender discrimination is dragged out into the open, we bring out the big guns. We call lawyers and alert the media and subject offenders to the public spanking they deserve.

But more often, gender discrimination is hard to spot. Leaders and hiring managers who still harbor outdated perceptions or stereotypes might not even realize it, and most of those who do are smart enough to keep their mouths shut.

To fight hidden perceptions requires a more subtle and far more powerful weapon: confidence. We can take the power out of stereotypes by refusing to believe a word of it, by laughing at gender barriers as we overcome them, and by believing, beyond the shadow of a doubt, that women have what it takes to lead.

Thankfully, there are plenty of women trailblazers who know the way to the top of male-dominated industries, and who can show other women how to get there. Here are some words of career wisdom from five of them: 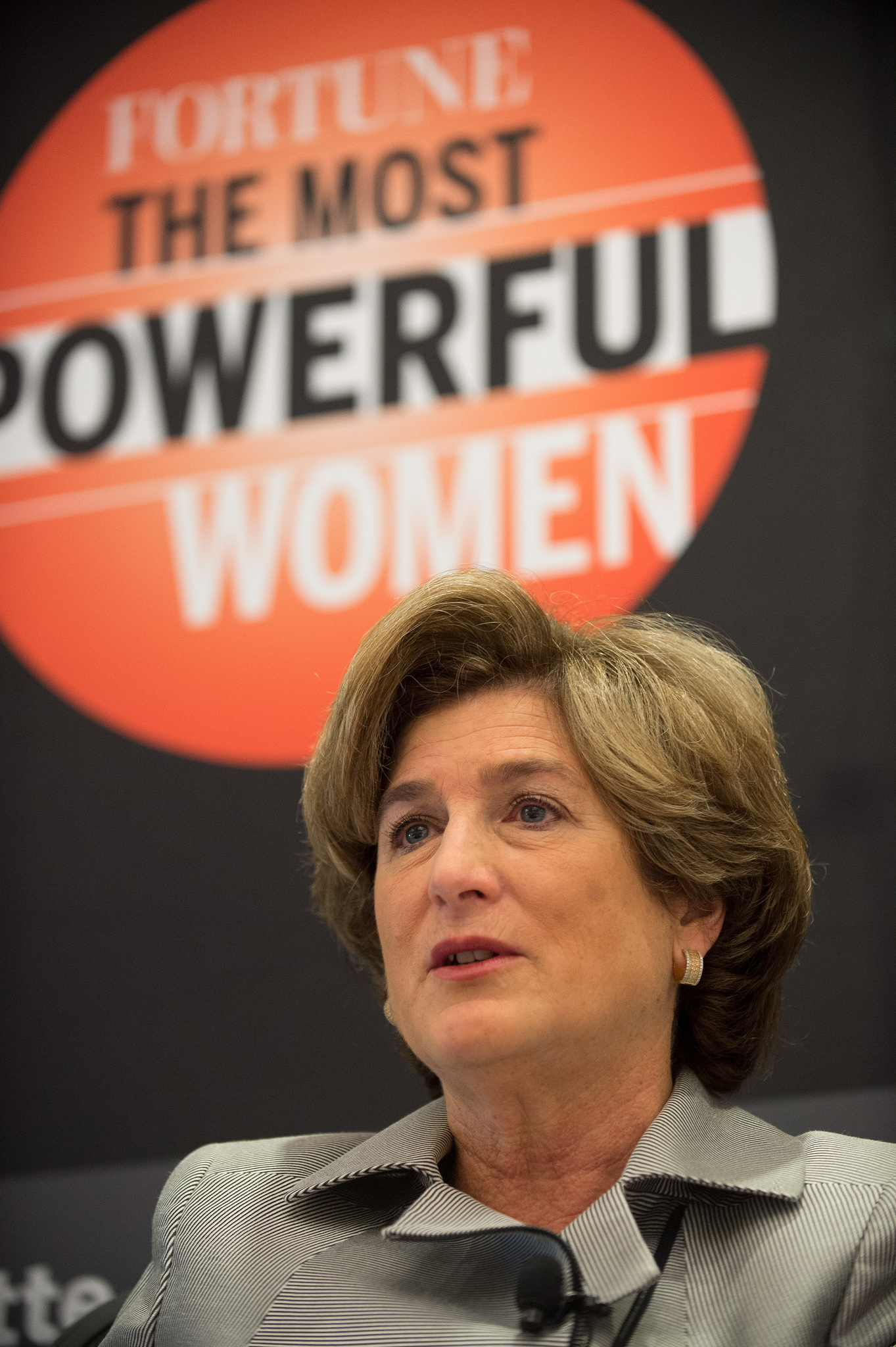 Her advice for women: "Declare your goals and take charge."

As she told Forbes, "Women think they join a company, and the company will take care of them, as opposed to taking charge. And I believe women need to take charge. They've got to recognize that they can't get there by themselves, that they're going to need mentors and sponsors, and to build relationships that will help them get where they want to be."

Watch the interview to find out why she never considered the possibility she wouldn't become CEO.

The first woman to lead the Federal Reserve, Yellen is an American economist and now one of the most powerful women in the world.

She told the 2014 graduating class from New York University, "One aspect of grit I think is particularly important is the willingness to take a stand when circumstances demand it . . . In every life there will be crucial moments when having the courage to stand up for what you believe will be immensely important."

For more of her speech, check out the full video.

Barra, who has worked for GM since she was 18 years old, is the first female CEO of a major automaker. 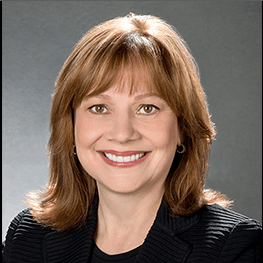 As she told Refinery29.com, "STEM education opens doors. It isn't just for pragmatic and data-driven types. A background in STEM combined with creativity is a powerful force. Whether you want to be a journalist, a fashion designer, a pharmacist, or lawyer, a background in STEM will only advance your career . . . STEM gives us tools for the ultimate in problem solving-something I believe is crucial in any career path."

The first female CEO in the pharmaceutical industry, Bresch is currently the only woman to lead a Fortune 500 healthcare company.

Her advice for women: "Pick a non-traditional role."

As she told West Virginia Executive, "We have seen an increasing number of women succeed and reach the highest levels in functional roles, such as legal, marketing, and human resources, but there continues to be fewer women in key business and operational roles where there is responsibility for profit and loss and the financial success of the business. These are the roles that often lead to becoming a CEO."

The first African-American woman to lead a Fortune 500 company, Burns started off as an intern and then engineer for Xerox. She was handpicked for CEO by her predecessor, Anne Mulcahy, proving that having women at the top ultimately leads to more women at the top.

Her best advice for young women: "Stay grounded and be yourself."

In an interview with Fortune, she explained, "When it became clear that I would become the CEO of Xerox, Anne Mulcahy said to me, 'It's going to be hard for you anyway, but don't try and be me. You can't try to be me.' And that's one of the things I learned. You can probably be somebody else and follow all your life, but you cannot be somebody else and lead." 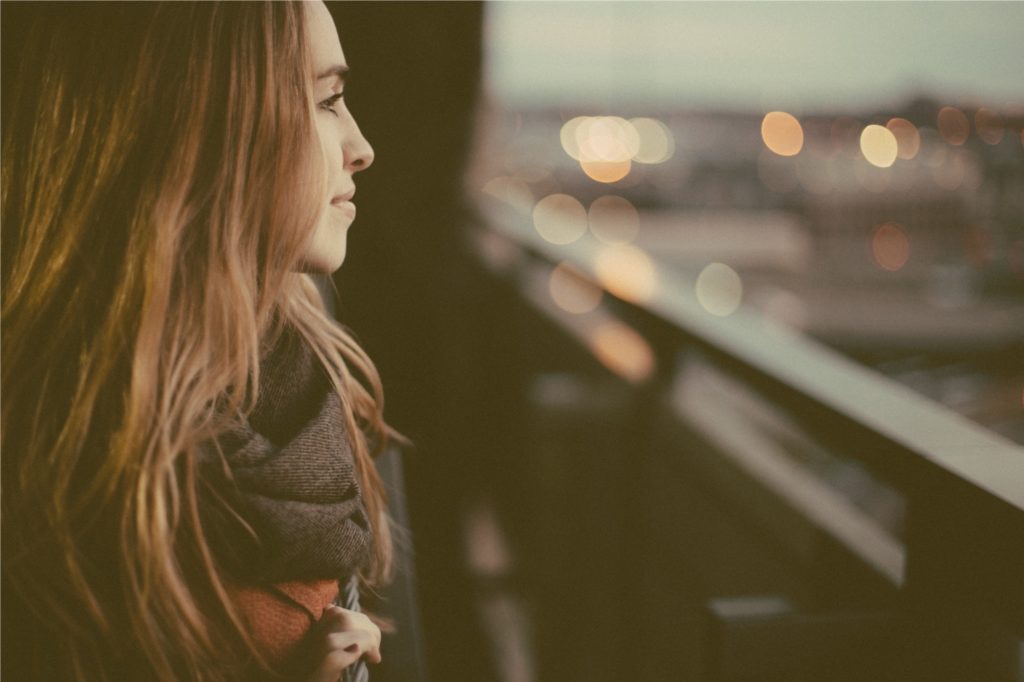