It may be at an industry conference, in an online discussion forum, on a trusted analyst's blog, or even in the morning headlines. No matter where it confronts you next, you must be ready to refute the myth that we're experiencing a content bubble -- and that it's about to pop.

For starters, those proclaiming this myth are producing mainly one-sided evidence to support it. But there are many reasons why this theory is simply untrue and why content marketers have so much to gain by dismissing it.

But before we look at the five content marketing trends that expose this misconception as the illusory rubbish it is, let's dive into the theory itself.

In November of 2019, The Information ran a story titled, "We've Reached Peak Content. Now What?" In it, the publication's founder and editor in chief, Jessica E. Lessin, described Amazon's recent content scale-backs and a renewed commitment to budgetary prudence from Netflix. Lessin used these developments to support the claim that the "content bubble we've all been waiting for" has finally arrived.

The content bubble theory says we've reached a point of marketing oversaturation in which future efforts have little to no chance at being successful. Supporting claims of this myth suggest there's simply too much competition and that everything's been done before. And at first sniff, it seems like they're onto something.

After all, Walmart appears to be getting out of the content strategy game by selling off its own streaming service, according to The Verge. And Sony is divesting itself of its PlayStation Vue, reported Business Insider. "There are officially too many damn video streaming services," gripes one Mashable headline.

We're also seeing the rise and fall of content brands: In an article for PostFunnel, Aaron Orendorff lists an eye-popping number of businesses that have either stumbled or shuttered in recent years. "Late entry into the content war as a bolt-on to triage acquisition is almost certainly a recipe for failure," he argued. 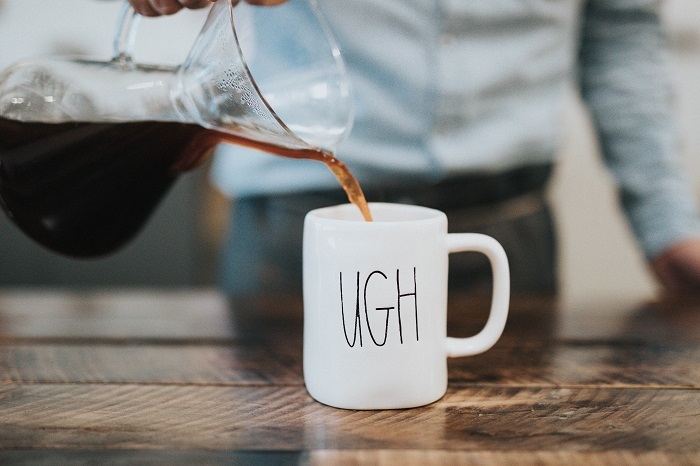 Clearly, many experts take the death of brand publications, coupled with consumers' growing intolerance of sponsored content, to mean that there is, in fact, a content bubble that's about burst. And in the aftermath, that content profitability -- and, of course, production -- will decelerate. However, that couldn't be further from the truth.

These content marketing trends poke holes in the idea that there ever was, or ever will be, a content bubble to fear.

Nearly half of B2B marketers say they expect an increased budget in 2020 for content marketing specifically, according to a report by the Content Marketing Institute and MarketingProfs. These increases reflect a curve, not a spike. The same results were posted last year and the year before.

Indeed, for every discontinued content brand, a new one is born, scaled, or revamped. DisneyLife is no more, but hello, Disney+. Airbnb's Pineapple magazine was a flop, but the brand's latest magazine is going strong. Everywhere you look, great content experiences are still prized.

2. The Faltering and Shuttering of Content Brands and Their Publications

Wait -- doesn't the failure of many content marketing efforts confirm the very idea that a bubble's both here and about to explode? Actually, no.

It shows that audiences are organizing themselves out of and away from irrelevant channels and messages. In other words, when a content marketing initiative goes south, a content bubble pop would suggest those readers, listeners, and viewers stopped reading, listening, and viewing. But they don't stop, they simply go elsewhere. 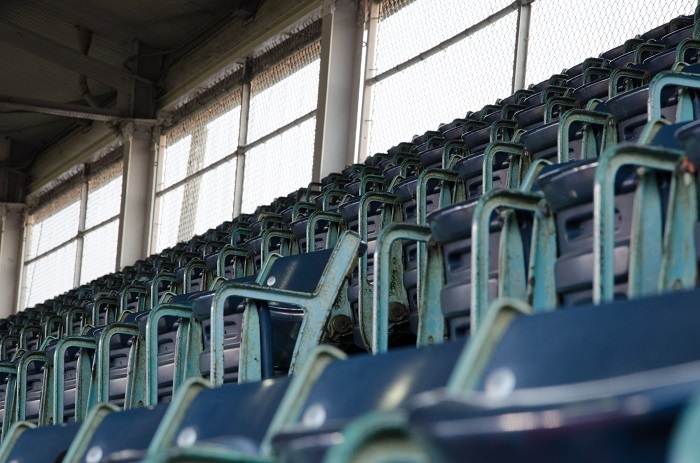 Smart brands see this, and instead of bemoaning the fragmentation, they embrace it with multiple niche communities and channels. One example of this was when Nike broke ties with Amazon to serve their customers directly through its series of niche-specific mobile app experiences, as Bloomberg reported. The brand is well aware of the fierce competition for consumers' attention, and instead of throwing in the towel and blaming an oversupply of content, they found another way to nurture their many separate audiences.

Pandora increased its interruptive advertising for 35 million listeners to learn exactly how much they'll tolerate, according to Wired. They discovered that young listeners simply switched platforms instead of buying a subscription, while older users tended to begin paying the subscription fee to rid themselves of the ads.

Moral of the story? Audiences don't stop consuming content because there's too much of it. They simply find and stick with the content consumption methods and channels that work best for them.

3. The Emergence and Constant Innovation of Tools to Support Content Marketers

If the bubble is popping, Scott Brinker's martech landscape visual wouldn't be exploding with new technologies to serve a demanding group of content marketers. We're hungry for better and faster ways to get more poignant and resonant messages out to our own information- and entertainment-eager audiences.

And on the back end, behind the proverbial curtain, the popularity of deep-and-wide software solutions to support the efficient orchestration of large-scale content operations tells us the demand for a well-executed content strategy isn't a fickle phase -- it's a lasting trend.

4. Content Creators and Brand Publishers Looking for Ways to Cut Friction for Consumers

We're figuring out how to satisfy a rising demand for quicker, more effortless content experiences. For example, Netflix is reportedly testing a feature that allows viewers to watch its content slightly sped up. Hellish, possibly -- at least for some critics -- but it's a trend that's gaining traction. Podcast listeners have had this option for a few years. And text-based content creators have been offering readers quick-consumption helpers, such as the "For Skimmers" section of Allen Gannett's newsletter.

Marketers are also counteracting intake friction by making content consumption more convenient. Apple's AirPods let joggers watch the brand's original programming while on the treadmill -- without getting tangled up in wires. The rise of convenient, simplified, faster ingestion methods for consumers is another trend that proves our collective content production is maturing, not stagnating.

In 1858, reporters from The New York Times said a new invention, the telegraph, was "superficial, sudden, unsifted, too fast for the truth." In today's words, that's "spammy, half-baked, low-quality, unmoderated." No way could a new communication channel survive that scathing assessment, right? Wrong.

The telegraph was just the intro in a long narrative of new tools that helped humans communicate more deeply, more thoroughly, more clearly, and, yes, more quickly. Since then, this realm of innovation hasn't stopped or even slowed, and neither have the critics of those tools and their users. So the final content marketing trend that debunks the content bubble myth is a long, overarching one: The naysayers are still at it.

In 2014, Mark Schaefer proclaimed, "Content shock is here," explaining that we'd entered a period where consumer demand for content wasn't meeting its rapid supply. But no matter how articulately he argued (and he did), the sky never did fall. It's been five years, and content's value didn't drop like that of homes during the housing crisis, beanie babies in the early 2000s, or dot-com companies in the internet bubble.

How Brands Can Keep Afloat Amid All This Bubble Speculation

What has happened since then is a shift in the types of content consumers crave. Well-written and captivating blogs are still wildly successful in terms of engagement, conversions, and brand awareness, but this form of content may not be everyone's cup of tea. Today, busy consumers are increasingly gravitating toward podcasts, enhanced assets, and immersive experiences. And tomorrow, it could be something else entirely.

To succeed in this modern space, marketers need to embrace new types of content, but only if they can execute them well. Additionally, they shouldn't abandon anything that's been working just because something new and shiny is on the horizon. A content marketing strategy that brings together traditional assets and trending approaches to tell a harmonized story is the best way brands can stand out now and well into the future -- bubble or no bubble.

Counterintuitively, by saying that the content bubble is popping, commentators may actually be creating the kind of headlines that keep the bubble expanding. So instead of bracing for a burst, the best thing we can (and should) do is to continue to offer audiences premium content in the format they appreciate the most.

How to Thrive in the Content Shock Era: Your Brand’s Future Depends on It 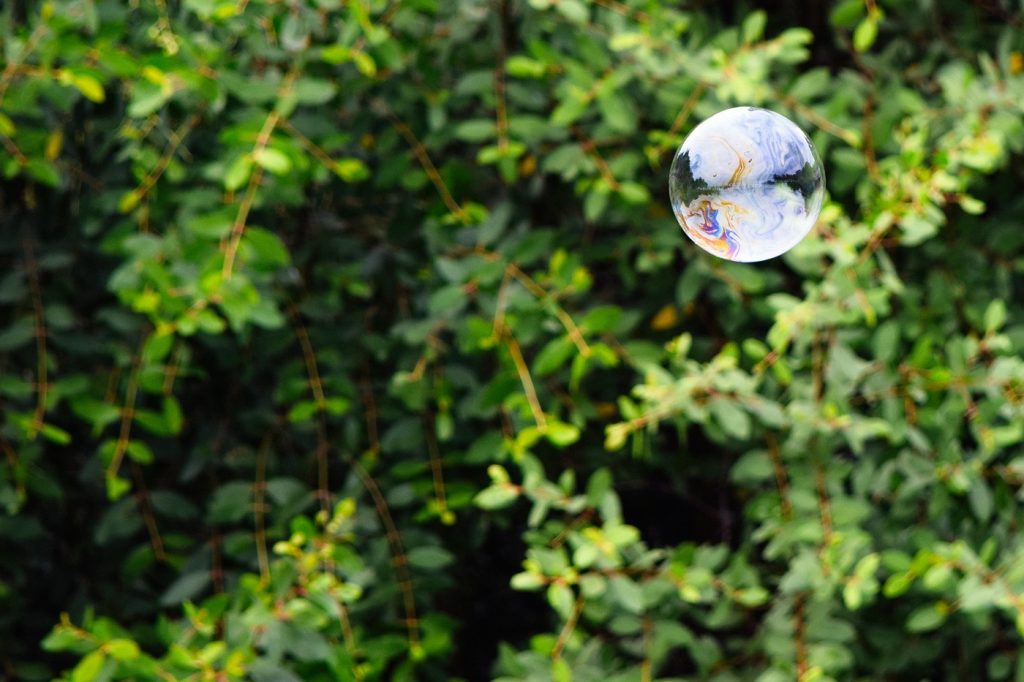