Injustice is everywhere. Sometimes it occurs arbitrarily, sometimes it is systemic. Often, the problems and causes are so complex that it's difficult to know what needs fixing. Luckily, we live in a time when more and more corporate foundations and philanthropic entrepreneurs are taking action to set things right and make lasting changes via corporate social responsibility efforts that are aligned throughout the entire organization.

Our recent coverage in the Content Standard on the importance of brand purpose has focused a lot on incorporating brand purpose into content strategy. However, in this story we'll take a look at the people spurring change within the corporate social responsibility landscape.

Corporate foundations, a subset of non-profits, apply a good amount of financial leverage. In 2015, it was reported that the top 50 donated 5.5 billion dollars to charitable enterprises. The latest annual account available from foundationcenter.org found that just five corporate foundations (Novatis, Wells Fargo, Wal-Mart, JP Morgan, and Bank of America) were responsible for 22% of giving that year-that's more than 1.2 billion dollars in cash for those brands alone.

In order to move society forward, these organizations define their most important social values, select philanthropic activities that align with those values, and measure the social outcomes created. But who is responsible for setting these values?

At Wells Fargo, it's the 70+ million customers, 260+ thousand employees, shareholders, suppliers, community members, and policy-makers who interact with the company. That's a lot of stakeholders, but Wells Fargo actively seeks out their guidance in setting its corporate social values. And those values are not static-they shift to address the major challenges of the day. To that end, the company conducts CSR materiality assessments every three to five years.

"Because these issues are complex and require long-term solutions, we increasingly recognize the importance of working with others who can help maximize the breadth and depth of our reach and impact," said Jon Campbell, Head of Corporate Responsibility and Community Relations for Wells Fargo & Company.

Sometimes our social values as Americans are tested by social issues that are so complex, or so strategically important for the country as a whole, that a sitting president will call together an advisory council. In 2010, then president Barack Obama called on Carrie Schwab-Pomerantz to serve on the President's Advisory Council on Financial Capability.

A Clear Focus on Financial Literacy.

In her speaking engagements, Schwab-Pomerantz has pointed to some troubling trends. Anecdotally, according to Schwab-Pomerantz, America is a nation of spenders, not of savers. She has told audiences of her encounters with powerful lawyers and Goldman Sachs Bankers who sought her help with saving money.

Then there's the research on the macro trends in America stating that 43.7% of American households did not save for an unexpected expense or emergency in the past 12 months, and 26.9% of households were "unbanked" or "underbanked," meaning they either do not participate in the banking system, or rely on non-traditional banking and financing. 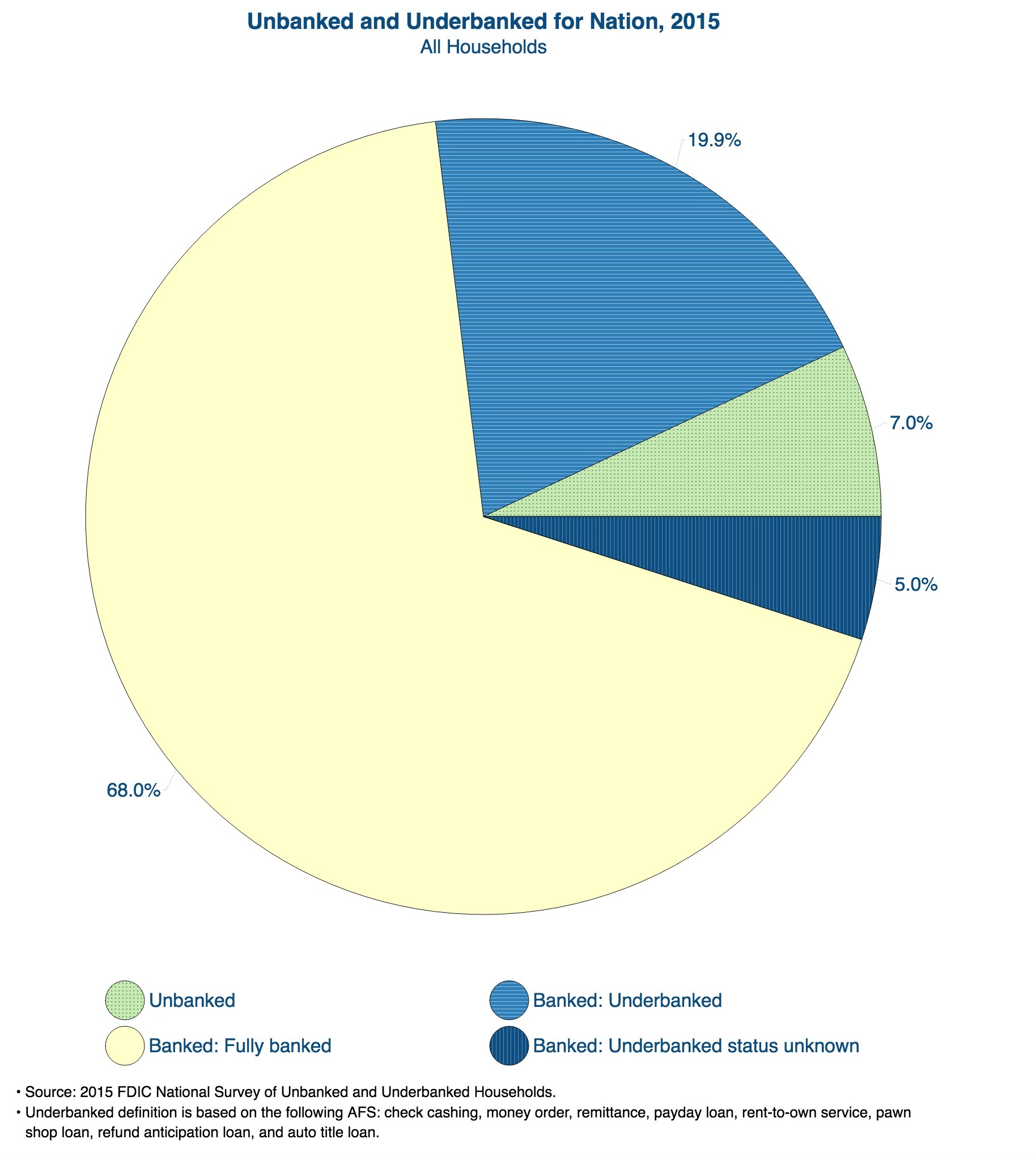 In her speaking, it is also clear that Schwab-Pomerantz has a strong belief in individualism, and the importance of financial literacy as a touchstone that will help people help themselves by growing personal wealth and avoiding unsound investment. A writer and a champion of financial literacy, Carrie's own values are displayed through her various speaking engagements, her nationally syndicated column on financial advice, "Ask Carrie," and in her seminal book, Charles Schwab Guide to Finances After Fifty, The: Answers to Your Most Important Money Questions.

Today the Charles Schwab Foundation makes content such as the column "Ask Carrie" as well as a collection of common personal finance tools available on its website.

Big Threats and a New Model for Social Change

Wells Fargo and Charles Schwab have succeeded by drawing focus and purpose from both stakeholders and founders. However, not all corporate foundations are so well incorporated into the ethos of the parent business. It's the misalignment between the parent company and the non-profit that gives birth to perhaps one of the biggest threats to corporate giving in America: the perception that foundations provide little more than charity. Without aligning philanthropic giving with the brand purpose of the parent organization, businesses risk a disconnect that ultimately detracts from investments in the success of both the parent and the non-profit organizations.

So how have newly successfully and high-growth organizations sought to structure their philanthropic efforts? Luckily for practitioners, there is a guide which outlines the major shifts occurring in the field of corporate philanthropy, as well as a readily-available case study in how to structure a long-lasting, charitable venture that creates value for both stakeholders and the broader community. 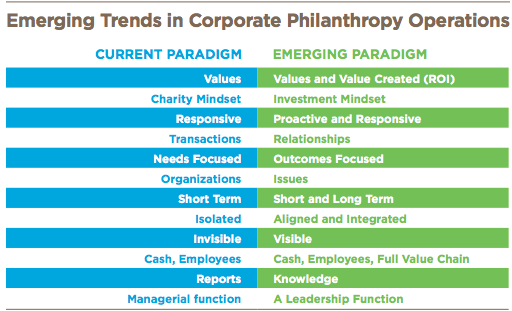 In his memoir and personal account of the founding of Salesforce.com, Marc Benioff outlines the innovation of the integrated 1-1-1 model of philanthropy, in which he and his co-founders would commit 1% of Salesforce stock, 1% of employee time, and 1% of product to the Salesforce Foundation.

The need to fully invest the core business into the foundation from the outset became apparent to Benioff in 1997, when as an SVP at Oracle, he suffered a major embarrassment in front of a mentor, General Colin Powell. Earlier that year, Benioff recounts being tapped by Larry Ellison to lead the Oracle's Promise initiative, which would install and network computers in public schools. General Powell reached out to Benioff, and asked if Oracle would outfit MacFarland Middle School in Washington D.C. and Benioff agreed.

However, the day of the planned installation at the school happened to coincide with the last day of a fiscal quarter at Oracle, and none of the volunteers showed up. After an embarrassing phone call to the general, a battalion of U.S. Marines arrived and completed the installation. The incident made Benioff realize that giving could not be an afterthought, and that charitable work could no longer be done in the background. The work had to be visible to the entire parent organization, and to ensure that visibility he developed the 1-1-1 model and hired top leaders to steward the foundation.

Today, the 1% Pledge has become a movement, and many new businesses are accepting the challenge to make similar investments in charitable giving. But don't mistakenly assume that such foundations exists only because of a generalized feeling that they are "they right thing to do". In Behind the Cloud, Benioff himself points out the profound brand building and employee retention benefits that came with creating the Salesforce Foundation.

Don't let CSR content get captured and locked up in an annual report. Tell your brand's story widely in blogs, videos, speaking engagements, and even in books like those published by Benioff and Schwab-Pomerantz.

If you need support in creating and distributing your CSR content, reach out to Skyword at learnmore@skyword.com, or visit our resource page to learn how we can help. 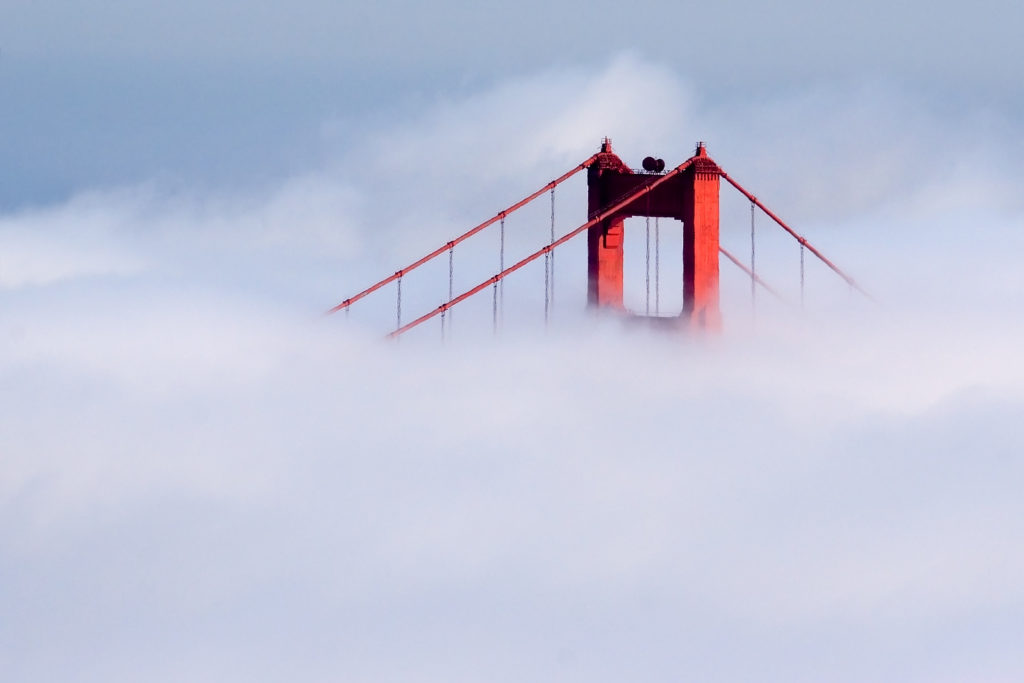