Trust is the foundation of our big institutions-government, business, media, and NGOs. Without it, such things as money, commerce, infrastructure, and law could not exist. Unfortunately-with government corruption, corporate scandals, and fake news-our trust is too frequently betrayed, and this has measurable effects across the globe.

Since 2001, PR and marketing consultancy firm Edelman has measured the public trust in the four major institutions in their annual Edelman Trust Barometer. According to CEO Richard Edelman, the 2018 study has two big stories: first, that America experienced the biggest decline of trust in one year of any country since the survey began, and second, that for the first time, media is the least trusted institution globally, which Edelman credits to a loss of confidence in search and social.

A Great Opportunity for Brands: Trust Me

Despite the bad news, there is a glimmer of hope for brands. In answer to the question, "Which institution is most likely to lead to a better future?" NGOs came out on top with 28 percent, followed by business with 22 percent, government at 15 percent, and media with only 8 percent. The public perceive business as being almost three times more likely to lead to a better future than media.

Says Edelman, "It is incumbent on every institution to fill the void [left by media]-particularly in social-for quality information, and become, in a way, its own media company and help everyone be able to make proper decisions about their brands and about their leaders."

Combine that with what Edelman observed as a rising "desire for experts, an interest in knowledge, [and] a real search for credibility," and there's a clear case for trustworthy content.

More than NGOs, businesses have the reach and the resources to step in and provide that expertise that audiences crave. But there is a danger. Just as political revolutions can produce tyranny worse than the overthrown regime, brands-if they don't keep themselves honest-may become as distrusted as media.

Commit to the Truth

So how do you earn that trust and prevent a fall to the bottom of the trust ladder?

You have to commit to the truth. Audiences are far too sophisticated to be fooled by the bragging, promising, and phony, overly positive messaging of old-fashioned interrupt advertising. Audiences, however, do react to authentic, truthful storytelling and content that addresses their concerns and pain points. But how do you do it? How do you keep yourself honest?

Being honest with yourself is tricky if you know nothing of implicit bias and "system one" thinking, a concept popularized in Daniel Kahneman's book Thinking, Fast and Slow. System one is the fast, instinctive, "gut reaction" thinking, useful for everyday decisions. System two is the slow, rational, "critical thinking" that requires conscious effort and helps us make informed, logical decisions.

Even though many of us pride ourselves on being rational, the truth is we spend most of our time in system one thinking. The danger of system one thinking is that the biases and heuristics that enable us to make quick decisions can also lead us to incorrect judgments. While not exactly dishonest (I'm not calling anyone a liar), implicit bias-whether making decisions based on small sample sizes, or assigning cause to random chance-is a subtle form of self-deception, which if left unchecked could snowball into content or campaigns that feel inauthentic.

It's impossible to be aware of every single mechanism of bias operating moment by moment, but at least a general awareness of the traps will help prevent mistakes when confronted with data and remind you to employ system two when appropriate. But by far the best way to prevent yourself falling prey to bias is with an honest team who feel free to speak up when you get it wrong.

Picture the scene: At the end of a months-long, collaborative, creative endeavor, senior marketing executives and art directors at Pepsi are watching the final cut of that Pepsi ad, an ad that likely cost millions to produce and had dozens of people working on what was to be dubbed "possibly the worst commercial of all time." After the viewing, all nod enthusiastically. "This is going to be great!"

Two days after its release, they pulled the ad following a severe and unanimous backlash. In a statement, they said that "Pepsi was trying to project a global message of unity, peace and understanding. Clearly we missed the mark, and we apologize."

How could this happen?

In other words, that person-who could see what the public ended up seeing-did not feel they could speak up and be honest.

It was a case of the emperor's new clothes. That conflicting opinion would have been the most valuable of all. Why wouldn't that person feel able to speak up? Perhaps they felt their opinion was not valued or welcome. Perhaps they didn't want to rock the boat or challenge the status quo. Speculation aside, what the Pepsi ad (and other tone-deaf messaging) tell us is that groupthink-the desire for consensus above truth-is extremely dangerous and costly for marketing teams. (Unless you buy into the theory that the ad was a calculated example of outrage marketing, as suggested by the Atlantic.) If members of a team feel they can't be honest, then the brand storytelling won't be honest. Content created in that atmosphere will be at best inauthentic and at worst downright offensive. Committing to truth means creating an atmosphere where truthfulness is encouraged throughout the organization as well as its messaging.

There's a certain amount of confusion about the latest buzzword "authenticity." There seems to be an impression that authenticity is a style, characterized by rustic images, unfiltered messaging, conversational tone, and so on. This has nothing to do with authenticity. Real authenticity is simply giving people what they need (as opposed to doing content for content's sake, or hoping for quick ROI). If a branded hub claims to provide information and thought leadership on a topic and does so, it is authentic. If it's too salesy, it's not authentic.

So to give people what they want, the obvious first step is to find out what they're searching for. But there's more to it than that. From "how to freeze your credit" to "what is GDPR?" there's always a story behind a search term. If you understand what an audience's pain points are-that is, what prompted their search in the first place and what forces they are up against-then you can create a content strategy that speaks to those pain points. If you can keep producing useful, authentic content, you will build a trusting, loyal audience that will keep coming back for more.

So gaining trust all comes down to being honest-with yourself, your team, and your audience. Trust me. 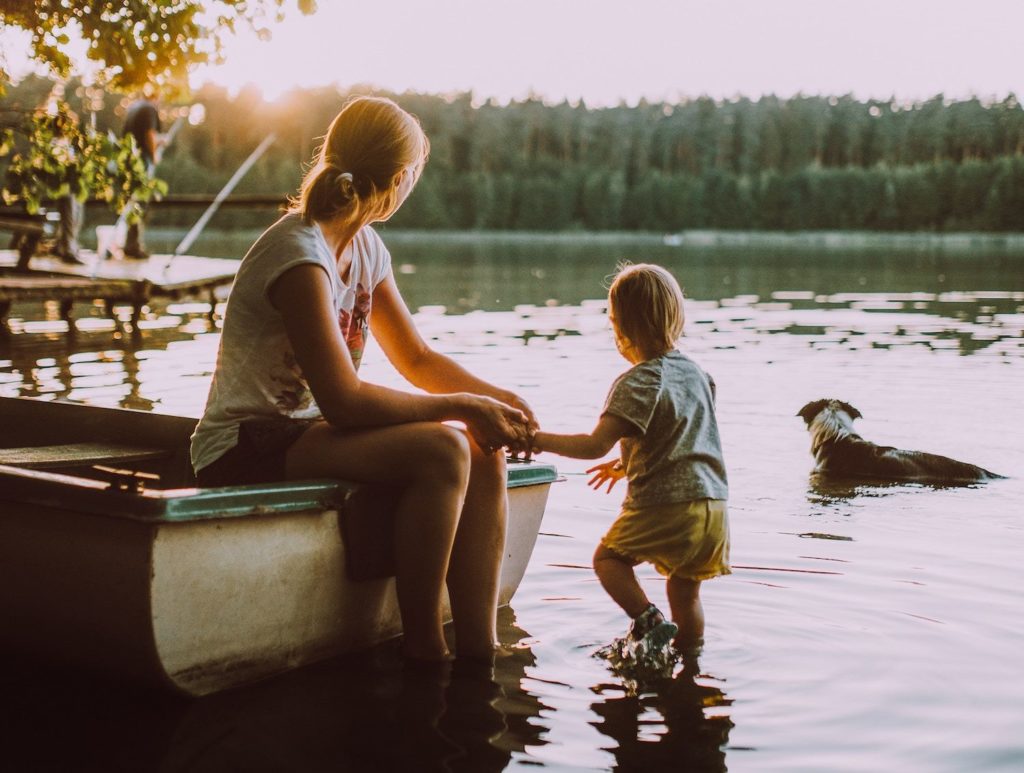