Iceland is a country that's been in need of a rebranding strategy since 950 AD.

As the apocryphal story goes, the small island nation off the coast of Europe earned its name when a boat of wandering Norseman-fleeing from the warfare of the Scandinavian region-stumbled across a lush, green island perfect for settling. Fearing that their enemies might pursue them there, the Norsemen sent back word that they had only found a barren "Ice-land," but that further beyond the island there was a larger, more verdant landmass perfect for settling, the eponymous "Green-land," which in reality was actually much more barren.

And so the story has been told at the start of grade school geography classes for time immemorial.

The true story behind Iceland and Greenland's names may not be as exciting as the folklore, but it presents no better a branding situation for the island: 100 years after Iceland's initial settling in 874, Erik the Red fled to Greenland from Norway and named the island "Green-land" to entice more settlers to come follow in his footsteps. In either story, Iceland is stuck as the island with a name that turns people away.

But these stories couldn't be further from the reality of Iceland today, with a booming tourism industry and vibrant music scene that have invigorated Iceland's economy and pulled the country into international visibility. But how did we get here?

Surprisingly, the answer lies in part with a national content marketing effort. 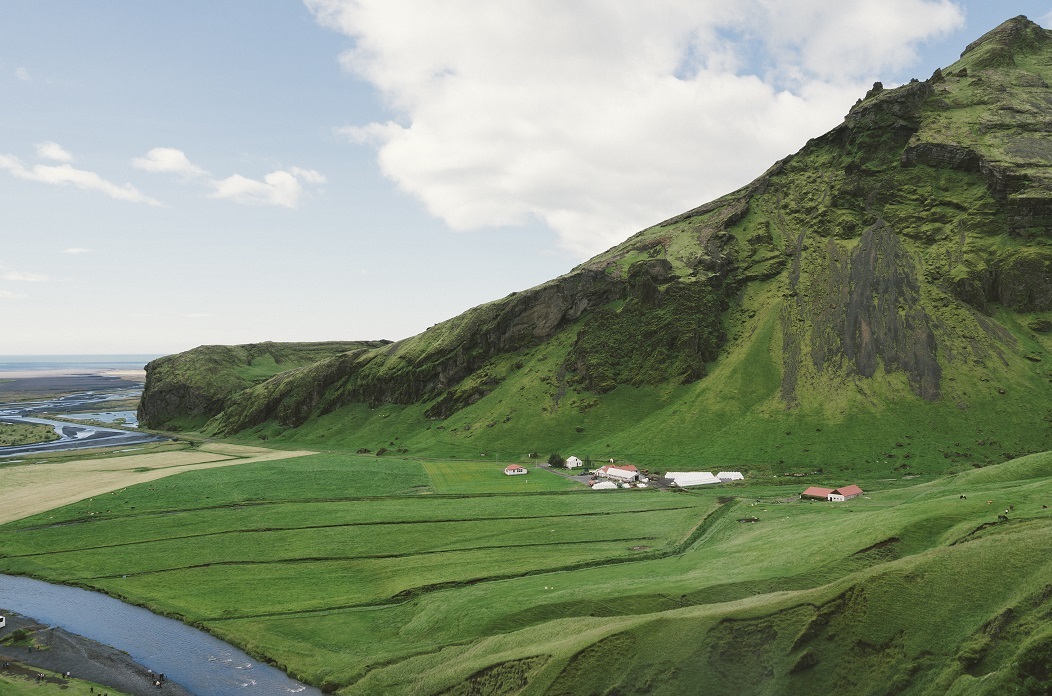 Rebranding Iceland from the Ashes, Literally

Iceland's name wasn't the only thing that made the island inaccessible to tourists for a long time. A complex tungumál (language), lack of well-known tourist sites, and its proximity to the European mainland meant that many people preferred to skip the island on their way to the UK or the Continent.

This dynamic began to shift a bit in the mid to late '90s as Iceland's music scene began to reach international attention with the popularity of Björk and Sigur Rós. Encouraging a modest rise in tourism, the relationship between travel and music would be solidified in Iceland during this time, right up until disaster struck.

Just as the music scene was picking up steam, the economic crash of 2008 ravaged Iceland, pushing three of the country's biggest banks into default and driving the value of the Icelandic króna into the dirt. This was soon followed in 2010 with the volcanic eruption of Eyjafjallajökull that massively disrupted air travel around the globe and further ingrained images of Iceland as a barren land. A little-known nation, trapped in economic turmoil, with a massive cloud of volcanic ash billowing overhead. How was Iceland ever going to get out of this mess?

With some video marketing, of course.

From this precarious position, Iceland still saw potential to turn things around. On one hand, the volcanic eruption had hurled Iceland into the international spotlight in a way that it never had been before, making the country a household name perhaps for the first time. Likewise, Iceland's severely depressed currency made them a perfect destination for USD-spending travelers who wanted to make the most of the .0094 dollar to króna exchange rate.

All that was left to answer was the "what." What was there in Iceland for tourists to do? What about the country made it special? What would a trip there be like?

Launched seven years ago, "Inspired by Iceland" aimed to make Iceland a more accessible place by showing of the country's sights, sounds, tastes, and people. The campaign began slow, with welcoming videos of dignitaries like Iceland's president speaking to the viewer in English about what in Iceland inspires them.

The campaign quickly picked up steam, however, moving towards a more fun, eccentric, and lightly humorous tone that invited viewers to explore Iceland while guided by real Icelanders. This wasn't a small effort by any means, with more than a hundred videos and still counting today. But the effort was well worth it to pull the country's brand presence away from images of a roiling volcano to welcoming, sweater-clad tour guides.

With favorable conditions for tourists combined with fresh reasons to visit, the last piece to Iceland's meteoric tourism growth was the Icelandair Stopover program, which incentivized travelers to the European continent to stay over in Iceland for three to seven days at no additional cost. It was a deal too good to pass up, and quickly became the preferred trick for travel bloggers in-the-know who wanted to their readers to get the most out of their transatlantic adventures.

The combination of rebranding strategy and tourism incentives worked wonders for Iceland, but it begs the question-is good video content and a sales proposition really enough to revitalize any brand, or was there something else at play for Iceland?

In marketing, we talk often and at length about brand presence. What do people think of when they think of our brand? What images come to mind when they hear our name? This was a clear problem that Iceland had to tackle, but they did so by taking the idea of brand presence a step further with something I like to think about as "brand aesthetic."

Brands each have a sense of style. We already understand this in the way they speak, appear, and act in the marketplace to become distinct and recognizable. Of all of these elements, however, there are some pieces that your audience can take with them if they want. In the same way that countless fashion brands try to sell a presence or lifestyle by putting their names on their merchandise, any brand can suggest elements of their own being that their audience may take with them by simple interaction. These elements are your "aesthetic," and it can be embodied by anyone who engages with your brand.

Iceland's bid to revitalize their tourism industry wasn't successful because they had high-production-quality video. It was successful because they built their rebranding strategy around displaying the aesthetic and experiences of their country in a way that invited audiences to take a piece of it with them. From the attractive and comfy outdoors fashion to beautiful natural wonders to a burgeoning nightlife with good food and better music, "Inspired by Iceland" content made Iceland seem exciting and then showed viewers how to navigate the cultural and logistical obstacles necessary to experience it all.

In this way, Iceland made every effort to make their home seem accessible rather than exotic to viewers. It wasn't enough to simply suggest that Iceland was unique, adventurous, and interesting-but rather, it was by suggesting that visitors themselves could become a bit more unique, adventurous, and interesting themselves that Iceland was able to successfully bring in a huge wave of tourism and pull their economy back from literal ashes.

Kyle Harper is a writer, editor, and marketer who is passionate about creative projects and the industries that support them. He is a human who writes things. He also writes about things, around things, for things, and because of things. He's worked with brands like Hasbro, Spotify, Tostitos, and the Wall Street Journal, as well as a bunch of cool startups. The hardest job he's ever taken was the best man speech for his brother's wedding. No challenge is too great or too small. No word is unimportant. Behind every project is a story. What's yours? 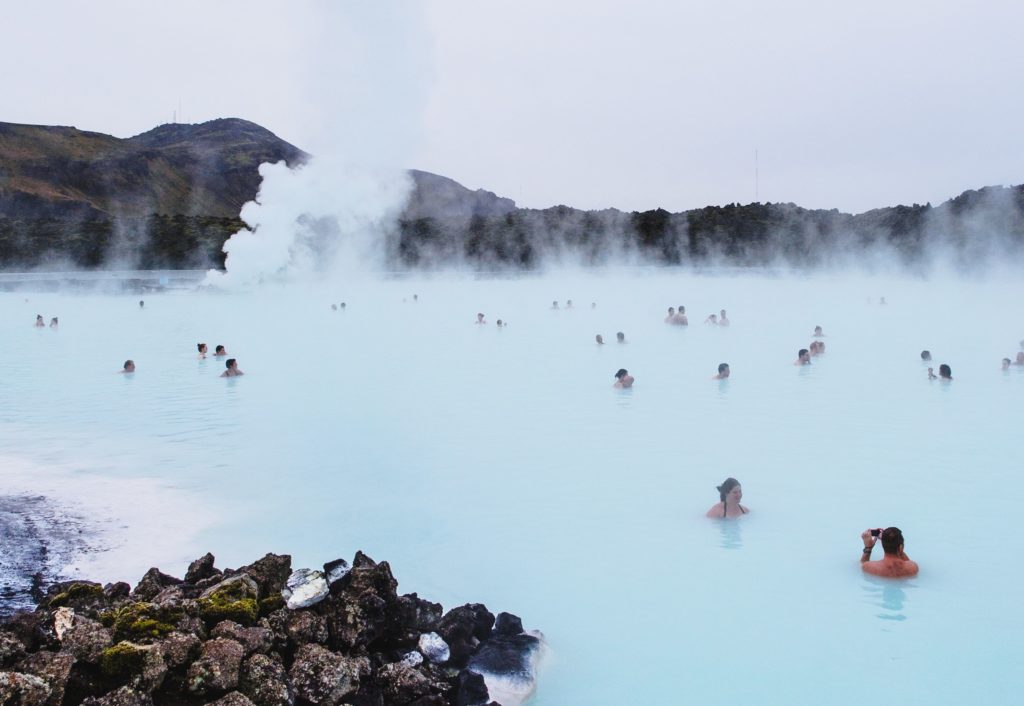