In 2017, Beauty and the Beast became the tenth highest grossing film ever at the international box office. That's not the only live-action version of a classic. We had Cinderella in 2015, and Maleficent and Into the Woods came the year before. In 2012, two versions of Snow White competed for our limited attentions.

Then you have brands like Geico, Dr Pepper, and Mitsubishi leveraging the archetypes, plots, and imagery of fairy tales in their content creation efforts. So why are fairy tales popping up all of a sudden? Are they just a fad—like the current deluge of superhero movies—or have studio executives and ad agencies decided we're all just big kids?

To both questions, my answer is no. With recurring motifs that span cultures and millennia, fairy tales are the opposite of a fad. Take Beauty and the Beast, a tale of a captured woman redeeming an animal lover: it's based on the story of "Cupid and Psyche" from the novel Metamorphoses written in Ancient Rome. And the original fairy tales were not "just for kids." In fact, their endings were often intensely violent.

Some of us may fondly remember the Disney classic Snow White and the Seven Dwarfs (which is eighty years old, believe it or not). But in the version published by the Brothers Grimm in 1857, the queen had an unimaginably agonizing end. "Then they put a pair of iron shoes into burning coals. [...] She was forced to step into the red-hot shoes and dance until she fell down dead."

In the original version of Cinderella, the ugly sisters (who had previously cut off parts of their feet to fit in the now bloody shoe) ended up having their eyes plucked out by pigeons and were "condemned to go blind for the rest of their days because of their wickedness and falsehood."

The Power of Fairy Tales

At the very least, fairy tales can be used as a means of controlling children. ("Don't be wicked, or you'll have your eyes plucked out.") They also teach children (and adults) about the hardships of life. In his influential book The Uses of Enchantment, Bruno Bettelheim said the message of the fairy tales is that "struggle against severe difficulties in life [...] is an intrinsic part of human existence." Even so, victory is still possible. 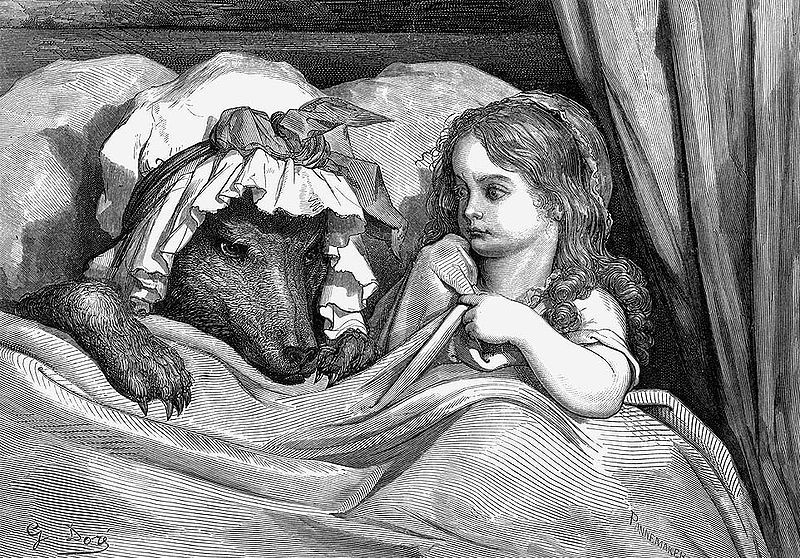 What's truly remarkable about fairy tales is their universality across cultures and times. Some scholars attribute this to our common human nature. According to the Jungian psychologist Marie Louise Von Franz, "Fairy tales are the purest and simplest expression of collective unconscious psychic processes." In other words, they illustrate, through their representation of bare archetypes, our basic human instinct and the deep inner workings of the mind. That's powerful stuff, and that's why brands use them in their content creation.

This commercial, winner of the Cannes Lion Award, is a modern twist on a classic. It focuses on the murder of the Big Bad Wolf, who was boiled alive at the hands of the third little pig. What follows is a montage of realistic journalistic coverage as well as reactions from readers and viewers. By asking "what if?"—in this case, "what if the fairy tale happened today?"—the content creators had found a way to exploit the popular story to represent what the brand offers: "the whole picture."

In the empowering GHD commercial, Rapunzel cuts her hair and uses it as a lure for the prince. Riding a motorcycle (in the woods), the prince shows up, and as he climbs up to her room, she escapes (presumably down the stairs) and steals his ride. This refreshing reversal of the damsel in distress trope is a great way to target a younger market.

Here, we get the opposite of that GDH Rapunzel ad. This time, a woman driving a Mitsubishi Lancer (in the woods) comes across frogs on the road. She gets out her car and kisses the one talking frog. It becomes a prince on a horse. The prince dismounts, smiles, and steals her car. Note there's not much connection between the fairy tale and the product; the prince could have stolen her cell phone, for example.

In this 1984 commercial, Dr Pepper is a magic potion. Little Red Riding Hood is skating (in the woods) when she meets the Big Bad Wolf. After offering him some unappetizing gifts from her basket, she finally offers him a sugar-free Dr Pepper, which he accepts and drinks, causing him to change into a handsome man. (It's OK to throw other motifs into the mix.)

The Boy Who Cried Wolf (Sky)

Another way to get your message across in your content creation is by using the familiar setting and plot of fairy tales as context. UK telecommunications giant Sky did this effectively, inserting their message into one of Aesop's Fables. Instead of the boy crying "wolf," he cried, "totally unlimited broadband from Sky is free for six months." At first, the villagers laugh mockingly (we know the story), but then the message turns out to be true. By the way, the boy could have cried anything—from "zero calories" to "100 percent beef."

Cinderella, cleaning: these words go together like pancakes and maple syrup. This commercial from the 1950s exploits that association. We quickly identify with protagonist Cinderella, who is having a hard time scrubbing out old "sink smog." Luckily, a fairy queen appears with some Bab-O, which helps clear sink smog in seconds.

Sometimes your product might be similar to an object in a fairy tale. In their take on Snow White, Wonderful Halos capitalize on the fact their product is a fruit "in competition" with the legendary apple. In the commercial, Snow White, in the woods (sense a pattern?), is tempted to take an apple from the Old Hag. The rotten-looking talking apple admits that it's full of poison. Snow White prefers her delicious mandarin, and the Old Hag is incarcerated.

This commercial starts out like a faithful telling of Goldilocks and the Three Bears. We hear music reminiscent of old Disney films. We see traditional fairy-tale illustrations in an old book. The pages turn as the story progresses. Suddenly we realize that Goldilocks is a common burglar. Luckily the bears had received help with their homeowners insurance. It's a fun and friendly way to deal with what might be to some a rather alarming subject.

There's no obvious connection between filing your taxes and Humpty Dumpty (I know, it's a nursery rhyme, not fairy tale, but the technique works the same). TurboTax proves, however, that you can actually just force a connection. In their 2017 Super Bowl commercial, Humpty Dumpty has "a great fall." Apparently he was doing his taxes on a wall? Why? "Because you can!" says Humpty Dumpty, recovering in hospital. The point is that you can do your taxes "anytime, anywhere."

Modern twists, reversals, message insertion: these are just some of the ways brands have borrowed from fairy tales. There really is no limit to the possible variations and retellings. Are you prepared to go into the woods for your content creation? 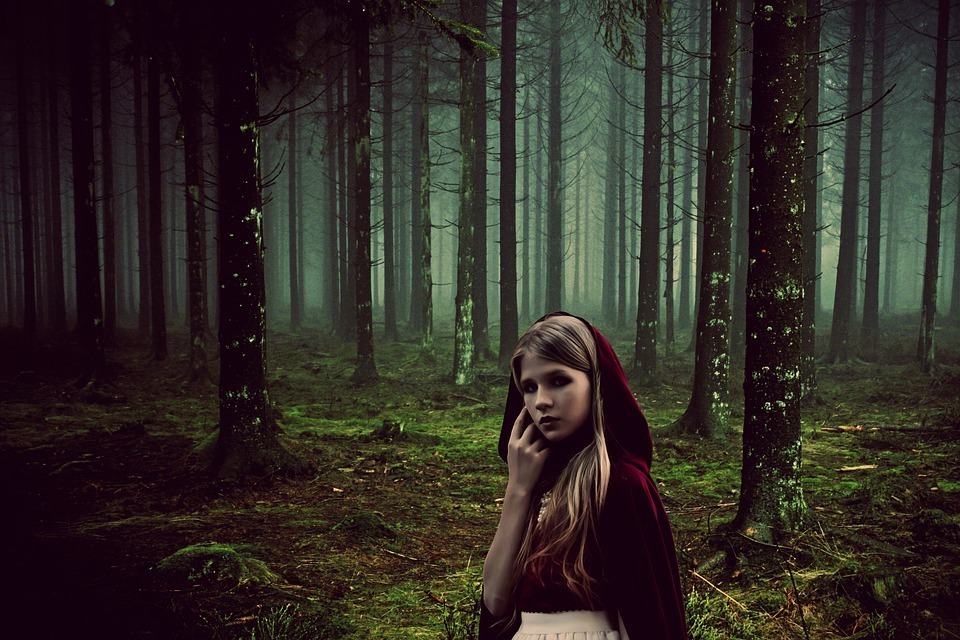