Because you have less to write, it may at first appear like a simpler assignment. Quite the contrary. You'll need to whittle complex ideas into a few sparse words, make sense of how your copy fits with the images, and cobble together data to make a point or tell a story.

"All web writing needs to tell the story," says Kimberly Rotter, editor at Credit Sesame. After all, visual-heavy mediums like infographics are simply storytelling in another form.

Writing for visuals is a different type of craft, and there are a handful of things you should bear in mind.

Brevity is the soul of wit, as Polonius in Shakespeare's Hamlet says. And when writing copy for visuals, that couldn't hold more true.

Because you have limited space on the page, you'll need to make each word count. I learned this the hard way working on an infographic early in my freelance writing career. I had initially delivered short paragraphs to my editor, only for it to be returned. I had tried to convey too much, without considering how my words could be translated visually.

Remember: When writing copy for infographics, you don't need to do all the work. You're collaborating with the designer, and your words are working in tandem with visuals to create a story and make a compelling point.

As you may imagine, conveying more with fewer words is tough. I've found that if you're stuck, "vomit on the page," then proceed with rounds of wordsmithing until you can boil down what you want to say in as few words as possible. If you're working on an infographic, find out from your editor or the designer what they have in mind for visuals. This should include where they envision the words will fall within the infographic, which will guide what to include and what to cut.

Plus, the caption shouldn't include redundant info. And skip details that are easily gleaned by just looking at the image. Rather, the caption should include details that add context to the image and connect to the piece. So instead of "Carrie with her pet llama," make it "Carrie with her pet llama who thinks it's an armadillo."

Structure the Copy as a Story

Information presented in a narrative arc is far more likely to be remembered and get people to take action, says Boris Benko, an information designer who specializes in infographics and data visualization. Start by thinking about how you're going to frame the story, both visually and with copy. 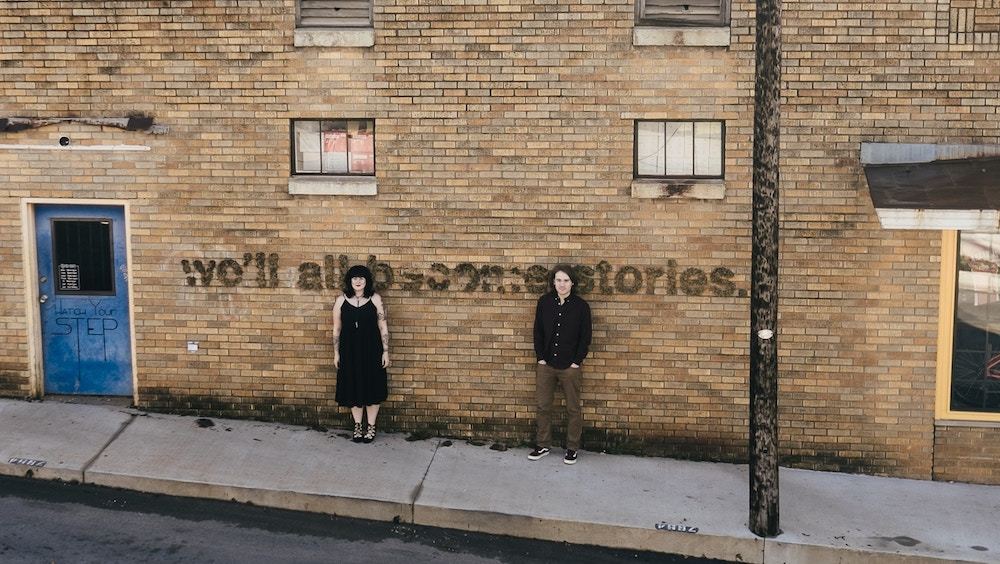 If you're stuck, Benko suggests starting with a basic narrative structure comprising three parts. First there's an introduction, which offers context. The intro should also have a "hook" that engages the readers and makes them want to keep reading. Maybe you can use nuggets of valuable information or surprising findings to produce a "hey did you know?" effect. Then there's the plot, which reveals relevant information pulled from different sources that drive and support the story. Last, there's the "call to action" section, which we content storytellers are well acquainted with. Often there's a main character. In brand storytelling, this "hero" often represents the client's target persona.

Home In on a Single Message

For instance, if you're doing an infographic that shares fresh data about the homeless population in the US, what's the main message? Is it that homelessess is on the rise in metro areas, or that homeless populations are moving into areas one wouldn't expect? The more narrow the topic, the better the infographic will turn out, explains Rotter. Once you figure out what that main message is, build your argument with details, facts, and data.

It's your job to lead the reader through a narrative journey of sorts. For instance, for an infographic on millennial shoppers Benko designed, the main message was that millennials are becoming more important as consumers, and that they have a deep affinity toward tech. Geared toward retailers, the infographic guides the reader through stats pulled from a study that supports this message and ends with actionable advice: what retailers can do to adapt to these trends and attract millennial consumers.

Think of the Big Picture

To come up with a story, think about the message or main point you want to drive home, then structure the narrative arc accordingly. That way you can more easily wade through the data to pull what you need to convey a compelling narrative with words and pictures.

"It's better to start with a wider picture," says Benko. "That way we're getting the full context which makes it easier to find the relevant, hidden messages behind dull data sets." If you get too in the weeds when combing through facts, figures, and statistics, you may lose sight of the main message you're trying to get across. You don't want the reader to wade through a confusing muck of numbers.

As a writer, it's your job to make the text readable and relatable and to connect the data points to tell the larger story. And yes, less can be more. So if you're creating copy for a data visualization, which will do most of the storytelling, just a few words can draw the reader's attention to the most pertinent details or bolster the main message or takeaway.

Go For the Emotional Pull

"It's even more impactful if an emotional component is included," says Benko. For instance, if it's fresh data that reveals a striking trend, you'll want the infographic to elicit surprise. An infographic that details the sober state of homelessness could spark concern. Figure out what the emotional pull is and choose the data and words to hammer this in.

You may be scratching your head at how a bunch of numbers can elicit emotions, but data presented in a compelling way does just that. Emotions help engage your reader and can prompt them to ask questions and take action. "Frame the data to create an emotional response and capture interest," says Rotter. "For instance, you can say '100,000 homeless people' or you could say 'homeless population: 60 percent increase over last five years; affordable housing units: 3 percent increase over last five years." The second example is more alarming and in turn begs the questions, 'Why?' and 'What can be done?'"

Think About How the Designer Can Tell the Story Visually

When you get started on a project, talk to your editor or the designer on ways you can tell the story visually. Kick-start the collaboration by swapping sources of inspiration and sample infographics. "The writer should keep in mind what's suitable for visualization and what's not," says Benko. "Aim to structure copy in a few separate sections that are logically connected, follow a basic narrative structure, and relate back to the main point."

Give the designer facts and ideas that be presented visually, points out Rotter-for instance, figures, percentages, statistics, tangible objects, and locations. Besides copy, you can even draft a dummy of examples of how the visuals and copy can be presented. I've also learned to add notes on ideas for illustrations or visual themes for the designer. For example, for a basic how-to infographic on creating a back-to-school budget with your teen, while there weren't too many words, I provided examples to the artist on what illustrations to include. While you're not expected to do the work of the designer, it's helpful to give them a jumping-off point.

If it's in sync with the brand, you can even try using a metaphor that can be illustrated with characters and a story. For instance, for a brand that provides an alternative to mainstream products and is going for a quirky, conversational tone, an infographic on home ownership among millennials could use illustrations of a bird couple shopping around for their "dream nest" to provide a light, fun touch.

Other ways to tell the story include a list of pros and cons, which can be presented visually side-by-side. You can come up with a series of questions that lead the reader to different answers, which can be turned into a flow chart.

And "explainer" or how-to pieces can be presented visually as a step-by-step infographic. For instance, an infographic I wrote copy for on how to get ahead of your bills by one month detailed a series of steps that could be illustrated. As you can see, your copy can be short, simple, and effective.

Writing great copy for visuals can feel like another type of job altogether. But with these tips, and with practice, you'll create simple copy that goes hand-in-hand with visuals to tell a compelling story.

Jackie Lam is a money writer and content marketer who's worked with both Fortune 500 financial companies and clients in the fintech space such as Chase, Discover, KeyBank, Fidelity, SoFi, Acorns, Simple Finance, and Swell Investing. Her work has appeared in outlets such as GOOD, Business Insider, and Forbes. She blogs at HeyFreelancer.com and tweets about her many projects at @heyfreelancerco. In her free time she likes to help cultivate community for freelancers, write fiction, and volunteer feeding the homeless. 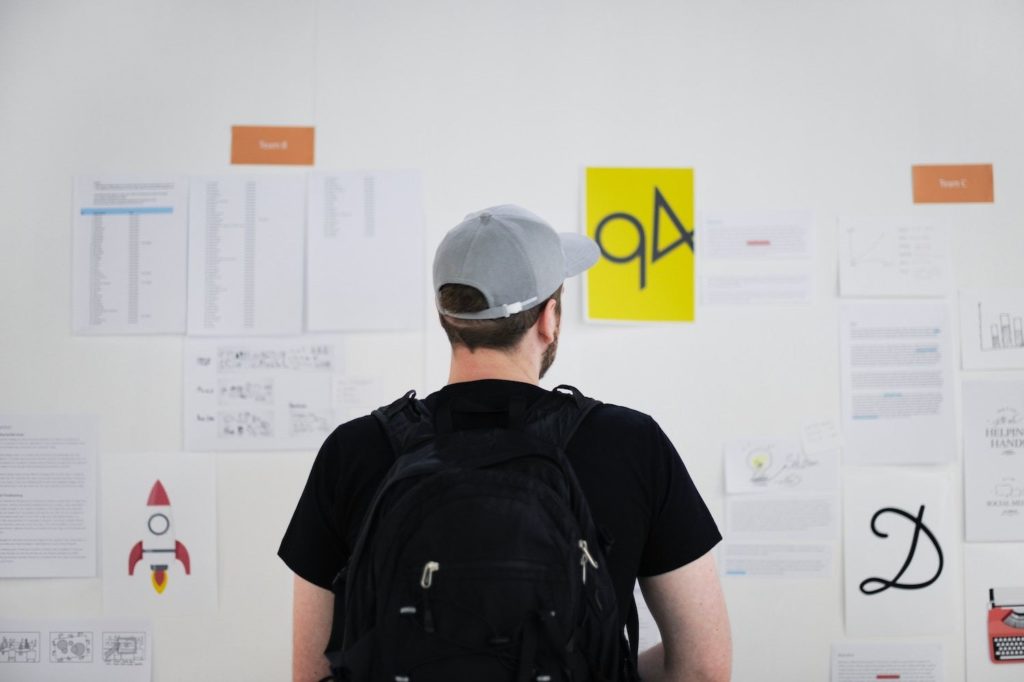