When I ask Lynda Barry if she has any questions before I begin our interview, she doesn't ask when the article will be published or any of the typical pre-interview questions. No, she wants to know what I wanted to be when I was little.

This is my introduction to a little trick that I'm about to learn is a hallmark of Lynda's-she wants to jar you off the expected track, to have you experience something familiar in a totally new way. It's why she likes to start her speaking engagements by singing. It's why she'll advise you to write a novel using a paintbrush instead of a keyboard. And it's why our interview starts with me unearthing a half-remembered story about telling my preschool teacher I wanted to be a lightbulb when I grew up (apparently at three I already had a finely honed sense of the absurd).

Coming from a less genuine person, it might have come across as gimmickry, but that violation of expectations shakes loose an openness to hearing something new and different. 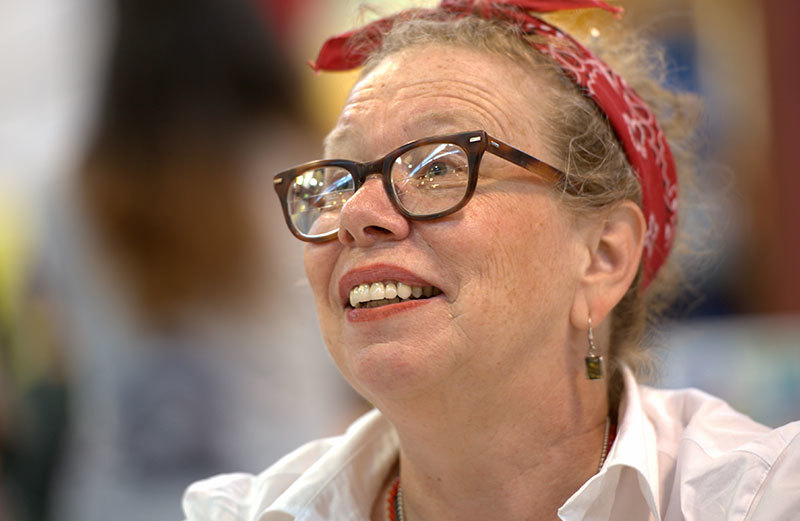 Everyone Has the Capacity to Be Creative

You might call Lynda Barry a creative polyglot. She's best known as a cartoonist, but her work transcends any single medium: She's also an author, a playwright, and a former radio host. Today, she teaches at the University of Wisconsin, where she is a professor of interdisciplinary creativity.

But if you were to ask her, she wouldn't tell you she's necessarily any more creative than anyone else. Her big thesis is that everyone has innate creativity. And what's more, this creative impulse has an actual biological function.

"When I look at human evolution, our ancestors [. . .] they all have singing and mark-making and storytelling. And what's interesting is that music persists, art persists, drama, acting, all that stuff persists, so it must have some survival function," she tells me.

"I started to work with a really wide variety of people, from Ph.D. students to people in medium-security prison in Philadelphia, and wide age ranges, from three-year-olds to senior citizens, to see if what I thought about this idea that we all have this thing-I'll call it creativity-if we all have this ability to make things that make us feel better. I wanted to see if that was true across the board. And for the most part, it is, and it's really tied to memory and storytelling."

Creativity Has a Biological Function

"We understand the world through metaphor in a lot of ways, just the way we explain the world to ourselves," she says. She likens creativity to an organ like the liver or the kidneys: "I always think of it as our external organs. You know, we have our internal organs, but we also have culture."

As our conversation continues, Lynda becomes frustrated by the limitations of speaking over the phone; she wants to show me what she means, not simply tell me about it. "You can talk about the philosophy, but it's not as interesting as getting people to actually do something with their hands and see it right away," she gripes. "If we were in the same room, I'd have you do something right away."

Sixty seconds later, I've produced a drawing of a bacon and egg breakfast with coffee and silverware-with my eyes closed.

Lynda laughs. "But here's the thing that always kills me. You really did just close your eyes and move your pencil around for one minute, and then you felt happy and I started laughing."

She has me do one more. 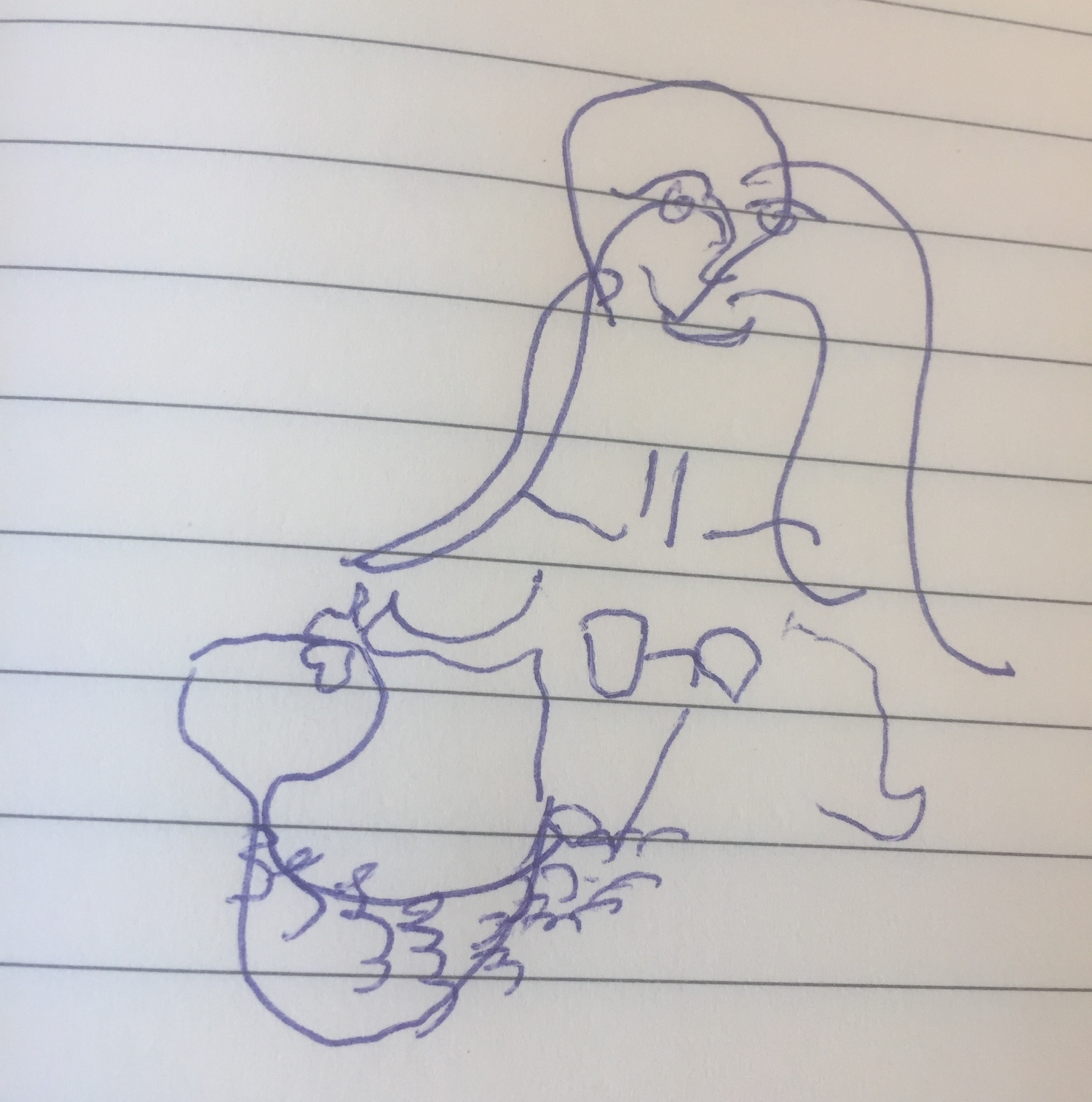 Perhaps my mermaid is of questionable artistic merit, but that's not the point-she's illustrated (or rather, I've illustrated) the joy of making something, the feeling of going into a different state of mind through doing something creative.

You Have Really Talented Kidneys

But if creativity is so innate to us, I ask, then why do people think that they're not creative?

"It might have to do with the word 'creative,’" Lynda muses. "At some point, pretty early on, people begin to tie that word 'creative' with art, or singing, or the thing that we come to call 'the arts.' And there's a whole lot of reasons why people become afraid of doing those things."

She points out that all little children sing and dance and draw and make up stories. "It has to do with something about growing up and being able to survive in the world." But then something happens, she says. "That way of making things? Instead of being a part of your day or a thing that helps you figure something out, it starts to be regarded as a talent that somebody has or somebody hasn't."

She returns to her external organs metaphor. "That's why I like to compare it to kidneys. Because it's like saying somebody has really talented kidneys. There are ranges of function, for sure. But we all have this."

Jarring Ourselves into the Other Mindset

Lynda acknowledges that the sort of creativity we're taught to wield in the professional world doesn't always resemble the joyful, playful creativity of children: "The thing about the kind of creative work that you do? You're good at working with constraints-and constraints that might even strike you as unreasonable. If I'm writing a novel, it's the same thing, working under deadlines, working with constraints-that's kind of the only way stuff happens."

Jarring ourselves off of the hamster wheel of the same thoughts, over and over again, is what can bring us back to that other mindset.

"I'm really convinced that we do have two minds," Lynda tells me. "There's science that backs it up. And we call it the top of the mind and the back of the mind. People talk about hemispheric differences. I do think that there is a shift. [. . .] It's like having this other way of seeing the world and being in the world."

That's why she has me drawing bacon and eggs with my eyes closed. That's why we're kicking off an interview by talking about what I want to be when I grow up.

As I end our conversation and head back to my desk, I find myself feeling strangely buoyant, and the coming afternoon of writing and editing isn't weighing on me so heavily. It will take me a week before I've properly wrapped my head around our conversation, but that feeling alone has me sure that as wacky as it sounds, she's definitely on to something. 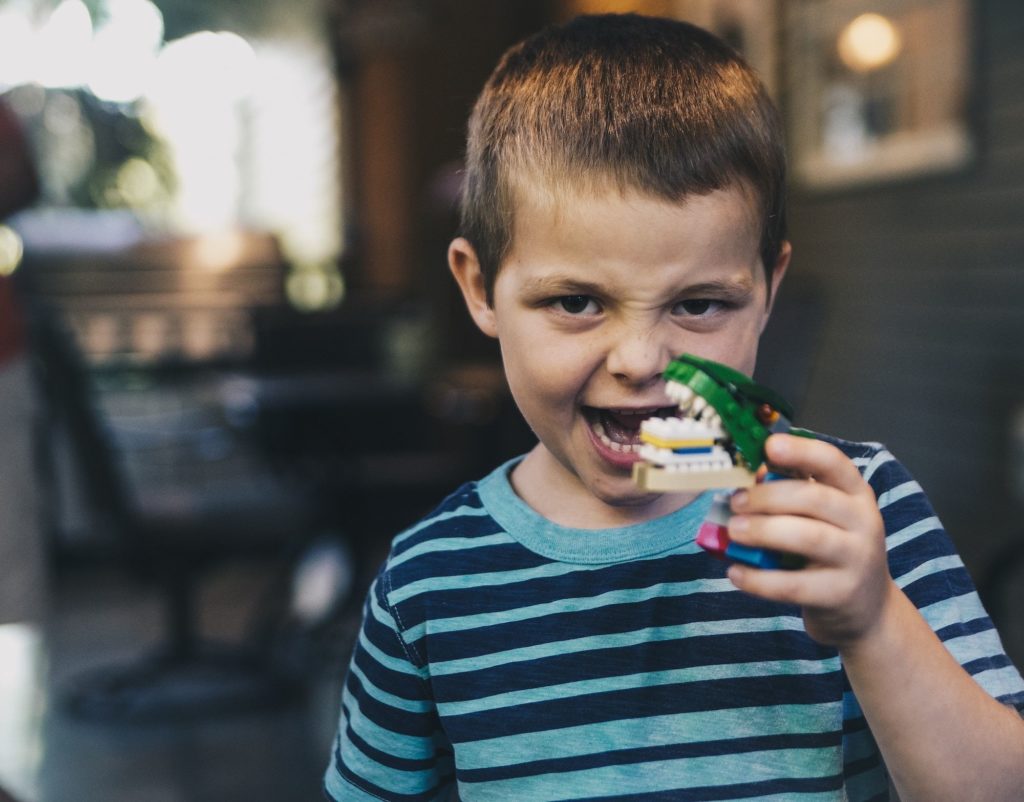