As a Prius driver who lives in Georgia-land of four-wheel-drive trucks and eight-cylinder muscle cars-I'm all too familiar with the perceived limitations of hybrid cars. My friends and families love to tag me in Facebook memes like this one (courtesy of my brother-in-law): 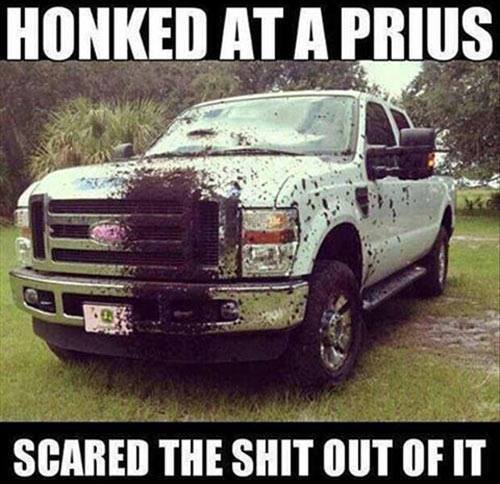 My response to their digs is always the same: "Make all the jokes you want. I get the last laugh at the gas pump."

But my affinity for hybrids and cost savings isn't the only reason I like the new Prius " The Longest Chase" campaign-a series of commercials in which four amateur bank robbers become folk heroes while outlasting police in a month-long, tortoise-and-hare-style car chase. Nor is the clever way in which the Toyota ads defy expectations why I look up from my game of Jelly Crush when these commercials come on. I also want to know what happens next.

Why Marketers Are Trying a New Brand of Emotional Storytelling

Many content marketers have already embraced such emotional genres as comedy, romance, adventure, or weepies. They use stories to make audiences laugh or cry, to inspire them, or to make brands seem empathetic and relatable. But some innovative brand storytellers are now toying with another popular genre: suspense.

Along with Toyota, companies like Coca-Cola and Target have recently released episodic content to tell stories that keep audiences engaged, while other brands have produced movie-inspired "trailers" to tease upcoming content.

What makes these suspenseful storytelling techniques so effective for brand marketers? 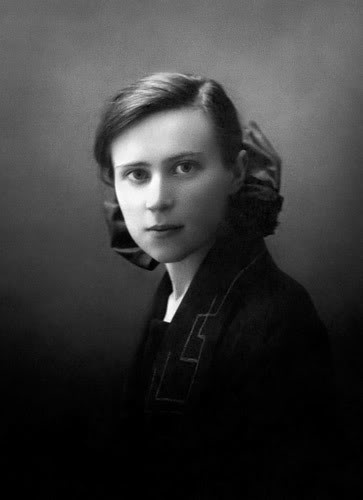 Psychologist Bluma Zeigarnik shed light on this phenomenon in 1927, when she noticed that waiters only seemed to remember orders that were still in progress. Once food had been delivered to customers, the information was wiped from their short-term memory.

To back up her observation, she conducted a study on a group of adults and children, who were asked to perform certain tasks and complete puzzles. During half of these tasks, she interrupted subjects before they could complete their objectives. In the end, they were twice as likely to remember the unfinished tasks as the completed ones.

She (and the many scientists who have since replicated her experiments) chalked this up to the human brain's desire-even need-to complete what it starts.

Moral of the story for marketers: By releasing episodic content or using teasers on social media to drive audiences back to your website to read more, you tap into their brains' need for closure, making them more likely to remember what they read or saw, and more likely to seek out the rest of the story.

When we watch suspenseful movies or read suspenseful books, our brains become so enveloped in the story that we tend to block out everything else that's happening around us. This is one of the many reasons I don't enjoy watching scary movies. Not only does the content make me a nervous wreck, but there's always some mean-spirited friend-or in my case, husband-who sneaks up behind me and says "boo" in order to witness my impressive ability to levitate several feet in the air when startled.

Clearly, I am not an adrenaline junkie, but I do love a good Hitchcock movie (mean loved ones be damned). And researchers from the Georgia Institute of Technology recently found that movies from the master of suspense have a particularly strong ability to capture the brain's focus.

For this study, researchers used MRI machines to measure the brain activity of subjects while they watched scenes from thrillers, including two Hitchcock films, as well as Alien and Misery. Throughout these film clips, a flashing checkerboard pattern appeared around the sides of the screen. During tense moments, the subjects developed "tunnel vision"; their vision narrowed and they focused more closely on the film. During less suspenseful moments, participants were more likely to notice the checkerboards.

Moral of the story for marketers: Suspenseful content gets an audience's attention. Just as I look up from my smartphone when the new Prius commercials come on, your viewers or readers are more likely to notice-and really focus on-your content when you make them wonder what happens next.

3. Suspense Compels Us to Act

Tension, conflict, unresolved business, unfinished stories-these emotional constructs are uncomfortable territory for the human brain. They drive us to take action and regain the sense of normalcy or resolution.

As German psychologists Moritz Lehne and Stefan Koelsch put it:

Moral of the story for marketers: The need to achieve resolution makes episodic content a powerful way to engage audiences and bring them back to your site for more information.

In content marketing, video series aren't the only way to achieve suspense. Skyword recently conducted its own research on the effectiveness of episodic content and determined that Content Standard articles published in an editorial series received 124.3 percent higher average pageviews than content published outside of a series.

Social media teasers or "trailers" also help drive site traffic and engagement. Placing a meaty excerpt from your whitepaper on Facebook, or a statistic from your research report on Twitter, can also lure potential customers to your site to learn more.

Tell a great story, and find a way to keep the story going. Your audience will follow your lead. 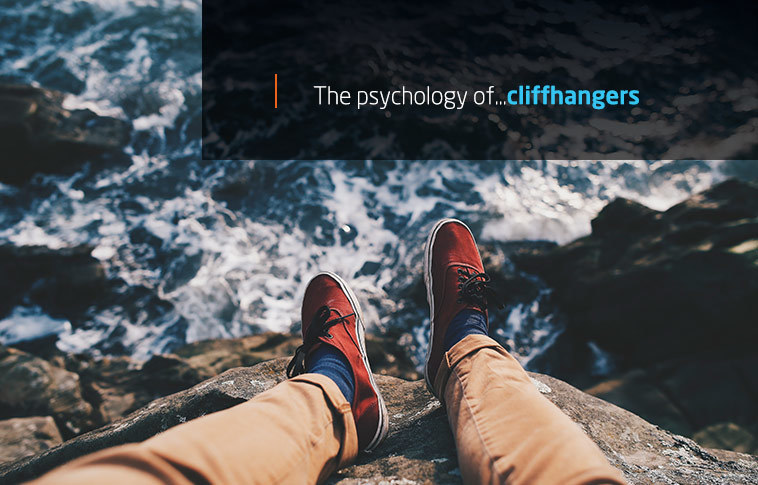