Have you ever purchased a product made in a foreign country, only to find the instructions that come with it are written in another language?

With more companies doing business internationally and selling their goods across different countries and markets, odds are that you may have come across this issue, perhaps more than once. Talk about a frustrating experience!

Now turn the tables, and put yourself in your customers' shoes for one moment: This is the scenario that takes place every time you communicate in English to an audience that doesn't speak English.

When it comes to the current state of the Internet, over 55 percent of website content worldwide is written in English. That primary focus on English presents a challenge when communicating with an international audience that does not speak English as its main language.

Given the massive growth in emerging markets, this also presents an incredible opportunity.

Speaking with the Non-English-Speaking World

Approximately 360 million people speak English as their first language. This makes English the third most popular language spoken in the world behind Mandarin and Spanish.

However, there are over 7.1 billion people on the planet, and that leaves a lot of people outside of that group.

While it is true that many people worldwide do take English classes, and that it is often referred to as the language of business, levels of English proficiency vary widely around the world.

In some key markets such as Latin America, where English proficiency is very low, being able to communicate clearly in the local languages and regional variations of Spanish and Portuguese is an absolute necessity in order to conduct business.

To help you navigate this multicultural landscape, here are three key reasons for offering content in multiple languages as part of your international marketing strategy:

Reason 1: Over 50 percent of Google's search results are delivered to people outside of the United States.

Google's search interface is available in more than 130 languages. The company, knowing the importance of language when it comes to search relevance, offers people the ability to restrict search results to content written in their own language.

What does this mean to your online marketing strategy and SEO? Simply put, if you are not offering your online and mobile content in the language your international visitors are searching in, you will simply not be included in search results.

For example, the video below was originally made available in English, but has been translated and has subtitles available in both Spanish and Portuguese. As a result, the subtitles in the additional languages are included in Google search results for those international audiences. (To view subtitles, select the CC option to activate closed captions, and select your language.)

Furthermore, beyond Google and other search engines, if you are using social media to drive traffic, sales, and awareness, offering your content and messaging in your audience's language will yield far greater business results. By speaking the language, you'll become part of the global interconnected web of social conversations already going on in those international markets.

In a Gallup survey of Internet users from the European Union, less than half of all respondents said they purchase products and services in languages other than their mother tongue. Furthermore, the study also revealed nine out of ten Internet users, when given a choice of languages, always visit a website in their own language.

While many Europeans are multilingual, they still reported that they greatly preferred to buy in their own native language; however, a "slim majority (53 percent) would accept using an English version of a website if it was not available in their own language."

This same native language preference is seen worldwide: Another global survey of over 2,400 consumers across eight nations about their behavior and preferences for website visits and purchases found:

In other words, more than half of the people in this study said they'd be willing to pay more for goods and services if the company will communicate with them in their own language.

Reason 3: It reduces the risk of your message being misunderstood.

There is a French term, "faux amis," which translates to "false friends" in English. These are words that appear to be the same in French and in English but mean totally different things.

For example, the term "advertisement" in English looks very similar to the French word "avertissement." However, while the English phrase means a commercial ad, in French it means "warning" and is often used in a negative context.

The same situation applies across other languages. For example the word "embarrassed" in English, looks very similar to the word "embarazada" in Spanish.

In that case, the English term "embarrassed" means "being ashamed" and perhaps "red faced"-but the Spanish word "embarazada" means "being pregnant," which is quite different.

Following that train of thought, you can see how creating an international marketing strategy, but offering your marketing messaging only in English, can confuse people whose native tongue is not English.

In a digital age where people are accessing the information they want, when they want it, where they want it, and in exactly the way they want it, the role of language plays a key element in how effective your message will be.

As marketers in a digital world looking to reach a global market, the fact is that a large portion of your international audience does not speak English, and many of those who do are still not looking for content in English but rather in their own native languages. Offering your content in the languages you are targeting, as part of your international marketing efforts, will translate far beyond just delivering a larger volume of international visits: It will also help develop closer, more engaging relationships with your customers and drive greater direct business results.

Want to stay fully in the loop on current content marketing news and trends? Become a Content Standard insider today!

George Levy is Skyword's Director of Brand Partnerships US Hispanic and Latin America. When he's not posting and tweeting "Digital marketing content con sabor Latino...", he enjoys playing guitar, singing Karaoke in Spanish, English and Portuguese, and playing tag with his wife and daughter. You can follow @georgelevy on Twitter. 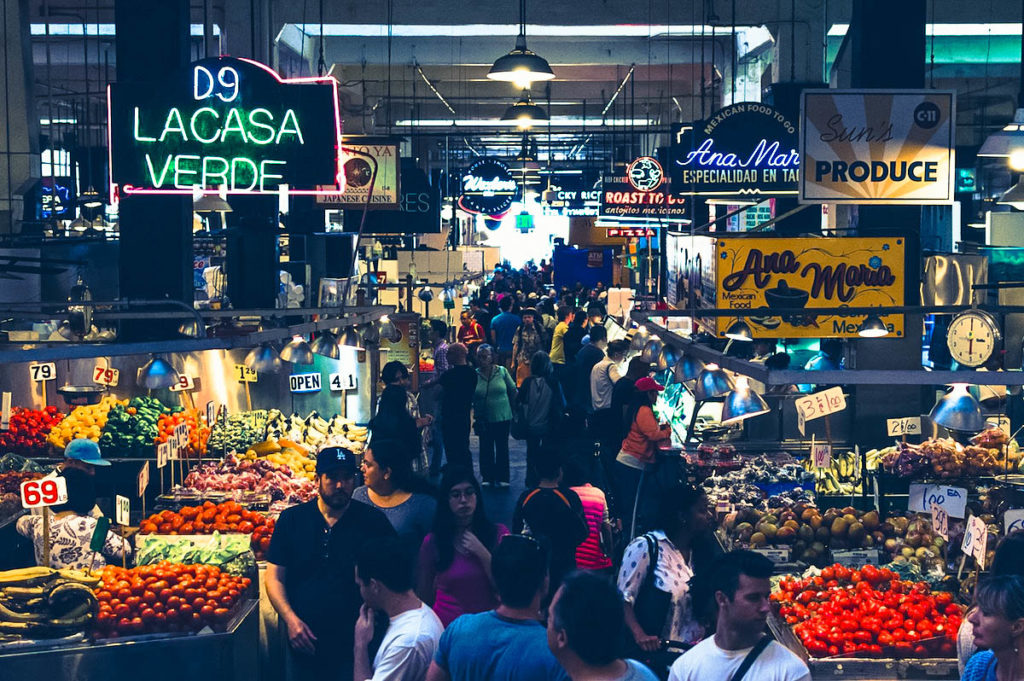