Are you ready for some football? Too bad. With the Super Bowl just a couple of days behind us, you'll be waiting for a while. You will, however, be watching many of the commercials for the rest of the year, so it's worth taking a look at the storytelling trends and marketing strategies that brands chose to put midfield on Sunday.

But before we jump into the marketing lessons and trends from this year's Super Bowl commercials, let's take a stroll down memory lane to Super Bowl XXXVIII. The year was 2004, and many advertisers hadn't yet realized that women comprise nearly half of Super Bowl viewership. So, while there were some creative and unique ads, there were also plenty of scantily-clad women selling beer, drinking beer, and mud-wrestling over beer. It wasn't the most wholesome advertising, but it wasn't much different than what we'd seen in previous years. Then came the halftime show, a mashup of musicians from across genres. Two performances really stood out thanks to Janet Jackson's "wardrobe malfunction" and Kid Rock turning an American flag into a poncho. The backlash was intense-for the performers, the NFL, and some advertisers. The next year, everyone played it safe. The halftime show featured Paul McCartney playing four songs on the piano, and brands provided a solid lineup of family-friendly (and mostly boring) advertising.

That's sort of what happened this year. Many brands got political in their 2017 Super Bowl commercials, and many football players got political on the field this season-and they all caught flack for it. So most advertisers took a less risky (and arguably less interesting) approach this year, relying on celebrity endorsements, humor, and nostalgia to win favor with consumers.

Granted, there were several interesting storytelling trends that helped some brands stand out amidst the otherwise-forgettable lineup, while others attempted the same strategies and fell short. So what were the trends, and who did it best?

Budweiser stole the show during the 2015 Super Bowl with its "Lost Puppy" commercial. Not only was it an adorable ad, but the brand's fans were already engaged in the story before the big game, thanks to a brilliant social media campaign launched weeks ahead of time, asking for help "finding" the missing dog.

This year, Budweiser attempted to build the same buzz with its "Dilly Dilly" commercials, a serial storytelling campaign that's been running for months. Throughout the series, we're introduced to a rather silly, silly Medieval society where Bud Light is taken very seriously. In the final installment, which aired during the Super Bowl, the "Bud Knight" shows up to save the day. (Actually, he shows up to get snacks and beer, but saves the day anyway before riding off to a party.)

There are some comical moments, and it's a fitting end to the story. But it lacks the emotional appeal of the "Lost Puppy," and the creative thinking of fellow advertiser Tourism Australia.

Perhaps the most out-of-the-box Super Bowl marketing strategy, Tourism Australia created and leaked a series of teasers for a new Crocodile Dundee movie, entitled The Son of a Legend Returns Home. The teasers star actors Danny McBride and Chris Hemsworth and feature cameos from a variety of famous Aussies, including Hugh Jackman, Russell Crowe, and Isla Fisher.

The "official" trailer aired during the Super Bowl, and we finally got confirmation that there will be no movie. It was all a big social media marketing stunt, spearheaded by Australia's federal tourism department. By early Monday morning, government officials claimed the video had already been viewed by more than 100 million Americans and generated $30 million in free media.

Generally speaking, tricking one's audience isn't the best content marketing strategy. But it worked this time, thanks to a clever campaign, the support of A-list actors, and the short but funny story we do get to see. (Everyone knows movie trailers give away the plot anyway.)

2. Leveraging "Shock and Guffaw" (Pepsi versus the NFL)

Brands wanted to make us think last year. This year, they wanted to make us to laugh. And there were some good ones-from Febreze's "The Only Man Whose Bleep Don't Stink," to the trademark weird–funny ads we've come to expect from Avocados from Mexico. But Pepsi and the NFL both get extra points for adding unexpected and hilarious musical numbers.

To promote two of its brands-Doritos Blaze and Mountain Dew Ice-Pepsi surprised and delighted us with a rap battle between Peter Dinklage and Morgan Freeman. Enough said.

The NFL also produced a musical number, but the stars of this show-New York Giants Eli Manning and Odell Beckham Jr.-are much less antagonistic than Freeman and Dinklage. In fact, they seem downright smitten with each other as they reenact the iconic dance number from Dirty Dancing, with some help from a few other teammates.

Who did funny best? Humor is subjective, so this one's tough to call. It probably depends on whether you're more of a football fan or movie fan.

Humor wasn't the only emotional storytelling trend this year. Several marketers, including two popular beer-makers, tugged at our heartstrings with commercials focused on humanitarianism.

Stella Artois used its Super Bowl spot to promote its relationship with Water.org. In the ad, Matt Damon, cofounder of the charitable foundation, reminds us that clean water is a precious resource and that millions of people in developing countries must walk up to six hours a day just to get it. Then he explains that if one percent of the viewers bought a special Stella Artois beer chalice, the organization could provide clean water to one million people for five years.

Meanwhile, Budweiser's "Stand By You" gives a shout-out to American cities that experienced major natural disasters in 2017 and then tells the story of how the company pitches in during emergency situations.

The commercial begins with a man being wakened by a ringing phone. He answers, listens, and then somberly says, "I'll be right there." He quickly gets ready, kisses his wife goodbye, and leaves the house. Is he a doctor? A first responder? Nope. He's a truck driver for Budweiser. When he arrives at the factory, we see factory workers filling beer cans, but suddenly they stop. Someone presses a reset button, and soon the factory is churning out cans of water instead. The truck driver delivers the water, and returns home for dinner with his wife, who smiles at him proudly.

Who took the best approach to cause marketing? It's another tough one. Stella Artois certainly gets props for shining the spotlight on a nonprofit partner, but the ad really hinges on Matt Damon as the storyteller, rather than the story of people who need water.

Budweiser, on the other hand, is advertising its own charitable efforts but also tells a meaningful story about its employees and their efforts to help. Focusing on the employees is a nice touch and, after months of "Dilly Dilly," a welcome change of pace.

Brand activism might have taken a back burner at the Super Bowl this year, but several commercials tackled social issues-most notably, diversity and inclusion. But as Dodge learned the hard way, social issues can be just as tricky as political issues, and the public backlash can be just as brutal if brands aren't careful.

The Dodge Ram "Built to Serve" ad has a lot going for it-images of diverse people working hard, a positive message about personal greatness, a beautiful story about what the world could be like with more grace and love. The problem is it's not their story. It belongs to Martin Luther King Jr., and neither his family nor his fans are OK with Dodge borrowing his voice and words to sell trucks.

Toyota also drove home a message about diversity, or rather about diverse religious leaders driving to the Super Bowl. After a couple years of talk about building walls and religious travel bans, you could certainly make the case that this is a political commentary, but it's not as heavy-handed as last year's activist ads. It's also one of three Olympics-themed ads that Toyota ran.

In "One Team," four religious leaders abruptly (and comically) leave their respective services and carpool to a football game together in a Toyota truck. We see them bicker and joke with one another like old friends, get stuck in traffic, arrive at the game late, bicker some more, and then root for their team together. In the end, the tagline tells us, "We're all one team," and reminds us that Toyota is a proud partner of team USA.

It's not an edge-of-your-seat kind of story, nor is it the best diversity story ever told. But it's engaging enough, meaningful at a time when religious diversity is such a hot topic, and relatable to anyone who's ever been stuck in traffic while trying to get somewhere important (so, pretty much everyone). What really gives it the edge over Dodge, however, is that it's original content, which is particularly important when marketers start venturing anywhere near brand activism.

It's also important to choose the right time and place for political messaging, and this year, brands seemed to decide the Super Bowl wasn't that place. After what was maybe the most politicized football season ever, they were probably right, but last year's commercials certainly gave us more to talk about.

Still, thanks to the creative thinking of a few brand storytellers, this year wasn't a complete wash. There were commercials that made us laugh, commercials that gave us the feels, and at least a couple of commercials that we'll still remember come this time next year. Just go ahead and try to forget about Morgan Freeman lip syncing Missy Elliott. (Can't do it? Me neither.) 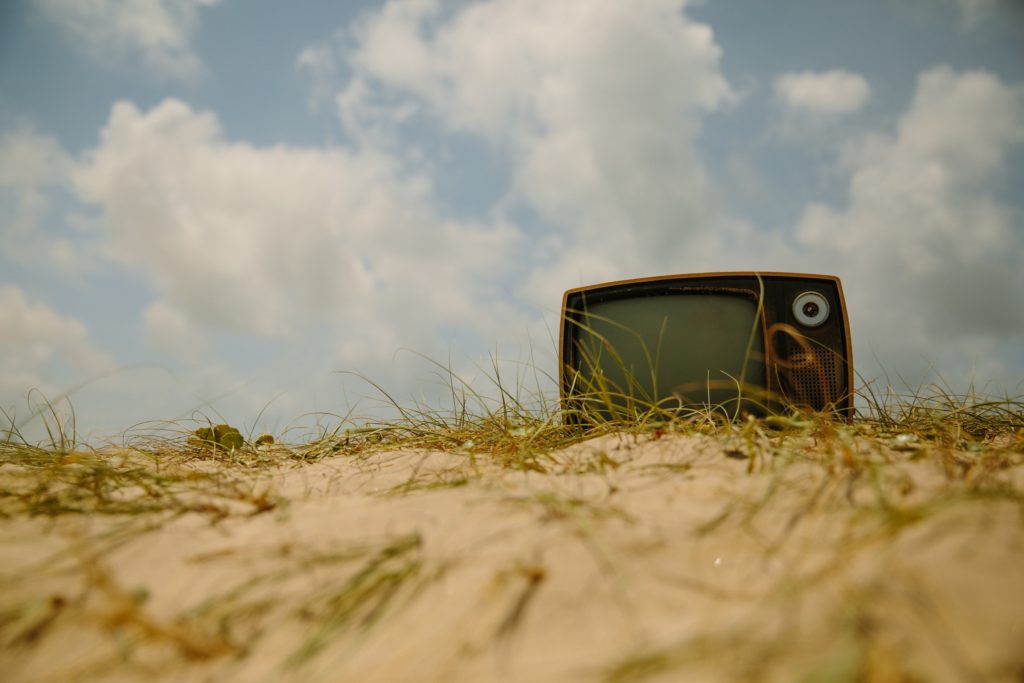