You're either creative or you're numeric, right? It's humanities versus sciences, left brain versus right brain, art versus ones and zeros.

Turns out, people's minds are not that black and white. According to Allen Gannett, this well-ingrained dichotomy is one big societal joke designed to make us feel better about not trying.

OK, so that's a bit harsh. But still.

"There's this misunderstanding in our culture that creativity is this thing that some people have and everyone else doesn't," says Gannett, better known by his day job as founder of TrackMaven. "The reality is through science-across psychology, neuroscience, anthropology, sociology-we have a really good understanding that creativity is something you can learn to get better at."

Gannett's out to play creativity coach to the world. His new book, The Creative Curve-out tomorrow via Penguin Random House-sees him interview 25 of the most successful creative "geniuses" to try to pinpoint what inspires their creative instincts. Spoiler: It's not natural-born talent. 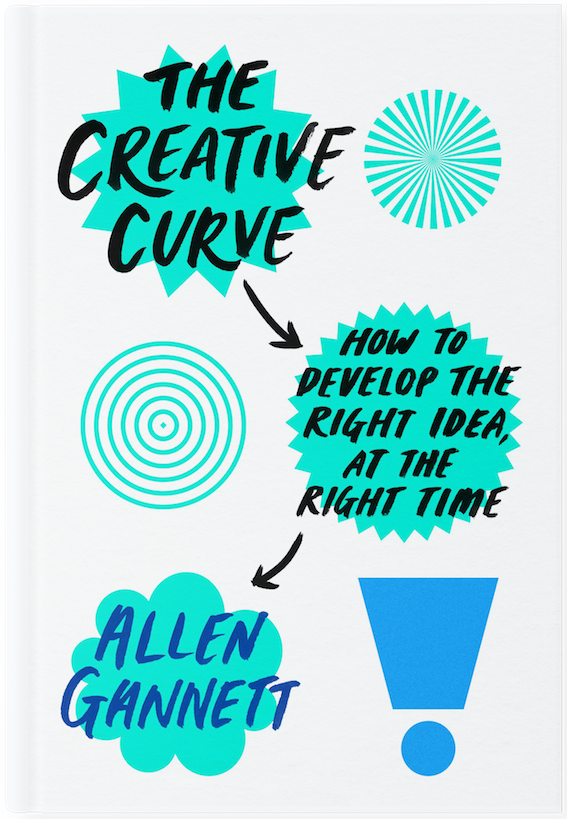 "We think that creativity is this defined, fixed asset, that you're born with a certain amount of it, but the science just doesn't support that. There are some really interesting studies around what's called the threshold theory, which basically says that above a relatively average IQ (around 104), we actually all have the same creative potential," he says.

"We generally have a really poor understanding of what's inside our skulls. We get the idea that you can become more muscular, right? But our brain goes through neurogenesis every day where it produces thousands of new brain cells, and-much like if you were working out-these brain cells go to parts of the brain that are the most active, where you need the replenishment. We tend to under-appreciate how much our brain can change and develop. One of the biggest misunderstandings right now around our own self and self-health is that we don't appreciate we can make quite a difference in our cognitive abilities, including creativity."

Yet the dominant cognitive paradigm in recent years would tell us otherwise. We all learn that the left side of our brain takes care of logical functions, the right side takes care of creative functions, and one side dominates, labeling us as logical or creative forevermore.

Gannett has a slightly different view.

Yes, the two hemispheres with two different purposes idea is true, but we are all born with both capabilities and have the ability to develop both. He likens the left side to a loud lab partner and the right to a quiet one. Loud Leftie tells you, step-by-step, how to solve the problem and gives you the answer. Meanwhile, Quiet Right is tinkering away in the background, mumbling to himself, before the answer "suddenly" pops into consciousness. It's not all that sudden-it's just that the working, the connecting of dots, is done in the background of your mind.

"This is why we typically experience 'aha' moments in times when not much going on-when you're in the car or the shower or your commute," says Gannett. "It's not that your commute is particularly inspiring; these are moments when your left hemisphere is quiet. At the end of the day, 'aha' moments, inspiration, flashes of genius, all these things are just mythical words we've added to this form of processing we do in our right hemisphere that just happens to be subconscious. It's just biology, it's not magic." 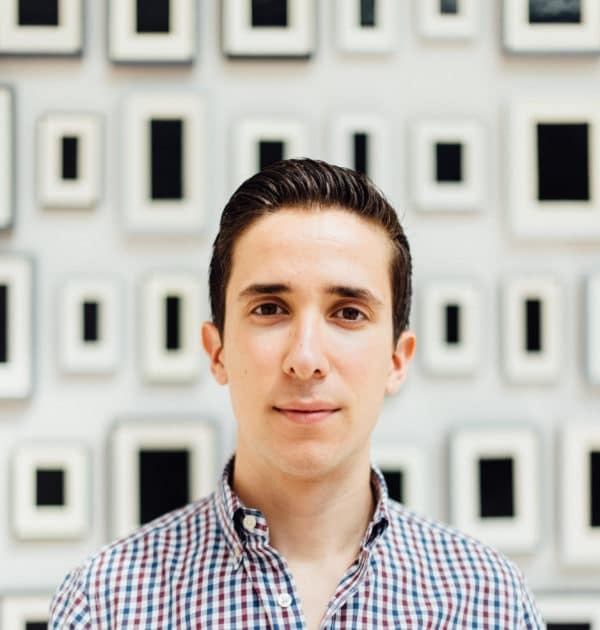 Gannett's book plays right into current conversations about talent and the idea that only certain people are blessed with the magic creativity gene. We're obsessed with the mythical concept of the Creative, those who push boundaries and make things that transform our lives, whether it's a new favorite song or an electric rocket ship.

"Generally we're attracted to progress," he says. "I think oftentimes, especially in western cultures, creativity and capitalism are intertwined. We like the idea that if you're creative you can achieve own destiny, and there are all these things you can do and you can push on the world. There's something romantic about the whole thing.

"It's also kind of more fun to read about this stuff rather than doing it-there's definitely an element of that. It's more fun to watch The Social Network than start a start-up."

That correlation between commerce and creativity is real, and it goes back hundreds, if not thousands, of years to people like Shakespeare, who served as the humble storyteller to royalty, or the medieval artisans who often were barely more than slaves.

"The idea of the solo genius really came about during the Italian Renaissance, when all of a sudden merchants had money, and they wanted to literally live like kings, so you had very well decorated and painted palaces. Suddenly the market demand for art exploded. Artists realized they could extract more economic power, and they started building brands," Gannett explains.

Which brings us to today, where we love a solo genius, and we prefer our solo geniuses to be a bit weird or flawed in some way. Musk is socially awkward; Jobs was allegedly not very nice. Since the 1800s, artists have been linked to oddity.

"I think it's all part of the fetishization of these people-we remove ourselves from being similar to them. There's just been this economic and capitalist thumb on the scale that pushed this idea that creativity was this thing for weird, different demigods," says Gannett.

"Part of this is actually an excuse. There's a little part of us that likes the idea that for some people it's easy, and if it's not easy for me I don't really have to try that hard. I just have to keep looking until I find something that's easy for me. But there's actually consensus among academics who've studied talent development that there's no such thing as natural-born talent. When you look at most stories of 'natural-born talent,' you'll typically find it's usually someone who started very young either under pressure directly or indirectly. Over time, if you start very young, you get these amazing, compounding advantages." 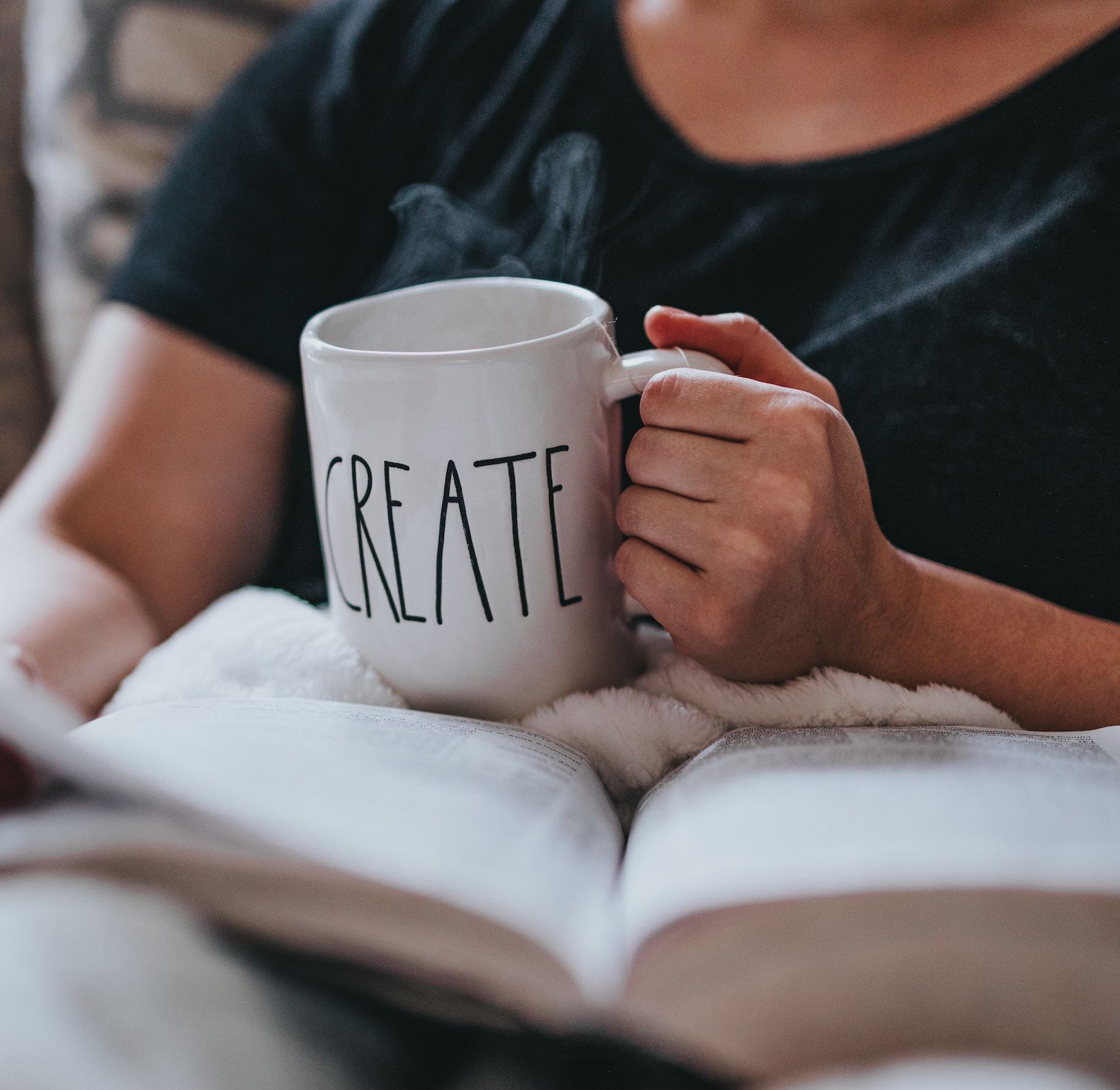 There's No Such Thing as the Tortured Genius

So what makes someone creative? Sorry to say, it's not a mystical being or some magic juju that only the select few are born with. Here's the boring answer: Hard work, practice, and dedication can develop creativity. But hard work doesn't have to be un-fun.

Gannett says one of the biggest ways to develop your creativity is through consumption. In The Creative Curve, he tells the story of Netflix CCO Ted Sarandos, who worked in a video store while at school. Instead of doing his homework, he vowed to watch every movie they had in store-and went on to completely disrupt the way we consume entertainment.

"We talk about creativity as this very active thing, almost in opposition to consumers who just consume, but so often you find these people who are the best creators are also some of the best consumers. A lot of people say, well, Paul McCartney famously dreamed up the melody for 'Yesterday'-but he also spent years and years consuming musical material. If you want to have these flashes of genius, you have to have the dots in order to connect the dots. You have to have the right knowledge and wisdom for your right hemisphere to actually connect, actually bring things together into new and multiple ideas."

But we don't just need to consume more-we need to copy. Or, more importantly, we need to imitate in order to develop the creative muscle and our own style. Gannett says Ben Franklin learned how to write by outlining articles from his favorite magazine to see how the stories were built. Kurt Vonnegut wrote his master's thesis by mapping out different story arcs to find commonalities.

So what's the secret ingredient, then? Who holds the magic pill that will make us all more creative? If you're still asking that, you haven't been listening.

Creativity is not mythical, and creative people are not demigods. Talent is within reach of anyone who practices, puts in the work, and develops the muscle. If you don't succeed at first, try again, and again, and again. The important thing is to take the step into the unknown.

And with that, I'm off to think of new excuses for why I can't write that novel . . .

The Creative Curve by Allen Gannett is out tomorrow. More detail at thecreativecurve.com.

How to Create Great Content Experiences: 6 Takeaways from Narrative Design 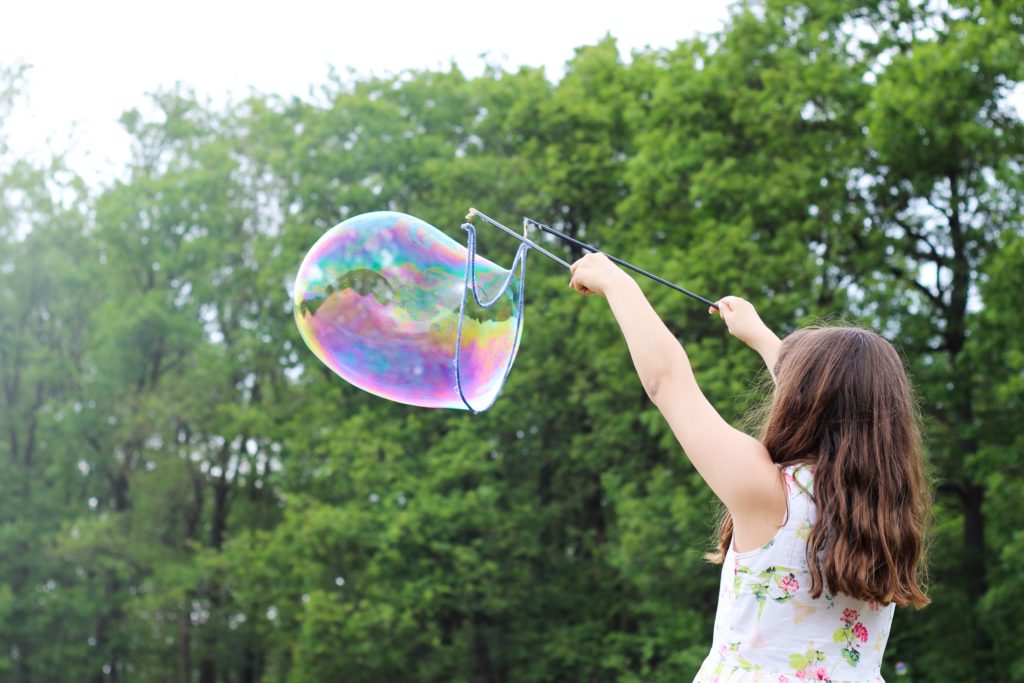