When was the last time you saw an advertisement featuring at least one image? Chances are you've already seen a few today. As marketers, we know that imagery is an integral part of creating content that will captivate our audience. So why are we all wasting our time producing the same types of visual content as our peers? If you want your brand to be a bit more experimental and you're willing to take a risk, consider implementing a marketing comic campaign.

Yes, I'm talking about comics, those paneled strips that most of use grew up reading in the Sunday paper, or for the more dedicated comic consumer, actual comic books.

After listening to cartoonist and author Lynda Barry's incredible keynote speech at this year's Forward conference, I began to question just how brands could utilize creative visual content more often in their campaigns. Of course, we have tools like infographics and other forms of social graphics to illustrate parts of these messages, but do these forms really tell a full story in the way that Barry's weekly comics do? No-not effectively.

After showing the audience many different combinations of drawings paired with words, Barry challenged each one of us to go out into the world and create our own storytelling graphics. She encouragingly told us, "If you get rid of the stick figure, you're going to be able to make comics."

Her direct confidence in our creative abilities made me wonder if it really was that simple. And if so, why haven't more brands capitalized on the comic-making world?

Think of comic artists as born storytellers. They introduce characters, and depending on the length of the panels, bring their audience along through a narrative arc, moving from rising action, to climax, to falling action, all the way to resolution in just a few short scenes.

However, unlike written content, comics need to tell that story succinctly. There's no space for extra words-or images. You only get a few panels to present your ideas. This limited space means that each panel must move the audience in some way, whether into laughter or introspection. Comics are tools to give your audience pause. You want to make them stop in their tracks and pay attention to each image and how they work together to form the message you want to portray.

"People are visual at heart," says Paula White-Jennings, associate digital producer at Skyword. She continues, "With comics it makes them think 'Hey, I related to this,' or 'Hey, I had to think about this.’"

Don't trick yourself into thinking that marketing comics can only be used for lighthearted brands either. "Just because they're witty and sometimes funny doesn't mean that they have less of a hold on somebody's attention," says White-Jennings. Her own clients even include more traditionally serious industries like a B2B tech company. She continues, "It [comics] still has a technical background, right?"

Just as content marketers benefit by including digital graphic designers, videographers, and professional photography in their visual content strategy, comic creators have a certain technical skill set that allows them to produce excellent content for a particular medium.

"How many articles or assets have you read where you're just like 'Ahhhh' [speaker sighs]. It's a long read. It was interesting, and it was great, and it was insightful, but I feel like I've run a marathon with my brain. Whereas with comics, it's so visual, and it's something that you look at and say 'Ha. I go through that.’" That visual representation builds a human connection in a way that a larger collection of words-only text may not be able to. 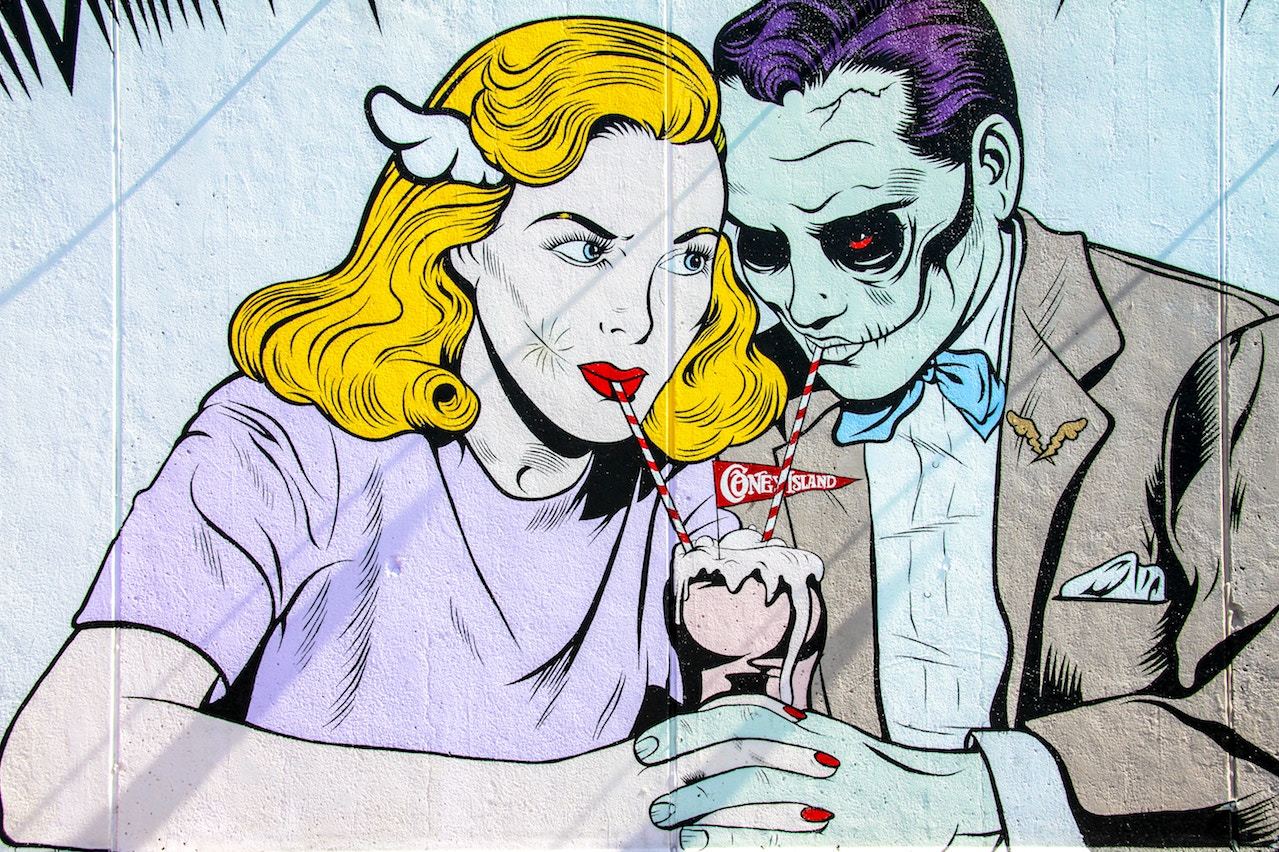 Where Does One Even Begin With a Comic Campaign?

Have I peaked your interest? Are you considering taking a risk with this new visual content, but just unsure of where to begin?

And once you've got those defined, she suggests you pause before sitting down to ideate the entire thing at once. In fact, she suggests content marketing teams follow a formula that will give the comic writer the guidelines to understand precisely what the strategic team is looking for in an assignment.

Quite simply, the pain point + audience = the scenario. Then, the call-to-action (CTA) always offers a solution.

So for example, White-Jennings suggest that the pain point might be an employee who accidentally regularly emails the wrong person in their organization. The audience is real-life employees who have also experienced this blunder in the past. So, now that you have the pain point and audience figured out the progression the comic needs to take is easier to conceptualize. The CTA solves the problem, whether by solving it in the comic itself, in the form of a product you're selling, or by guiding them to other content on your website.

But doesn't the comic have to be funny? Well, not necessarily. Good comics are relatable, not simply humorous.

"When we first started it, we were so obsessed with the punchline," says White-Jennings. "Then, as you get through it, through the process, you realize it's not about whether or not somebody laughs at the comic. I think that's a big misconception. Sometimes they just have to be witty. Not everybody's going to laugh at it. You just want someone to say, 'I saw it and I get it.’"

Tom Fishburne, the mind behind the popular Marketoonist weekly comic series, also believes in the unique ability of the comic to "see humor in the pain points" through appealing to a wider sense of audience recognition and self-deprecatiing. As a veteran marketer himself, Fishburne's work appeals to his readership for its parodic insights and understanding of a marketer's actual journey and day-to-day struggles.

After you've mapped out a clear vision of your audiences and the stories you want to tell, the final step before you jump into a marketing campaign is to consider your resources. Do you have the creative talent on your team that can test out new mediums, like comics, while still remaining true to your brand style guide at the same time? If not, you may want to consider hiring a contractor or an agency to take on the comic creation.

Is It Worth the Effort? 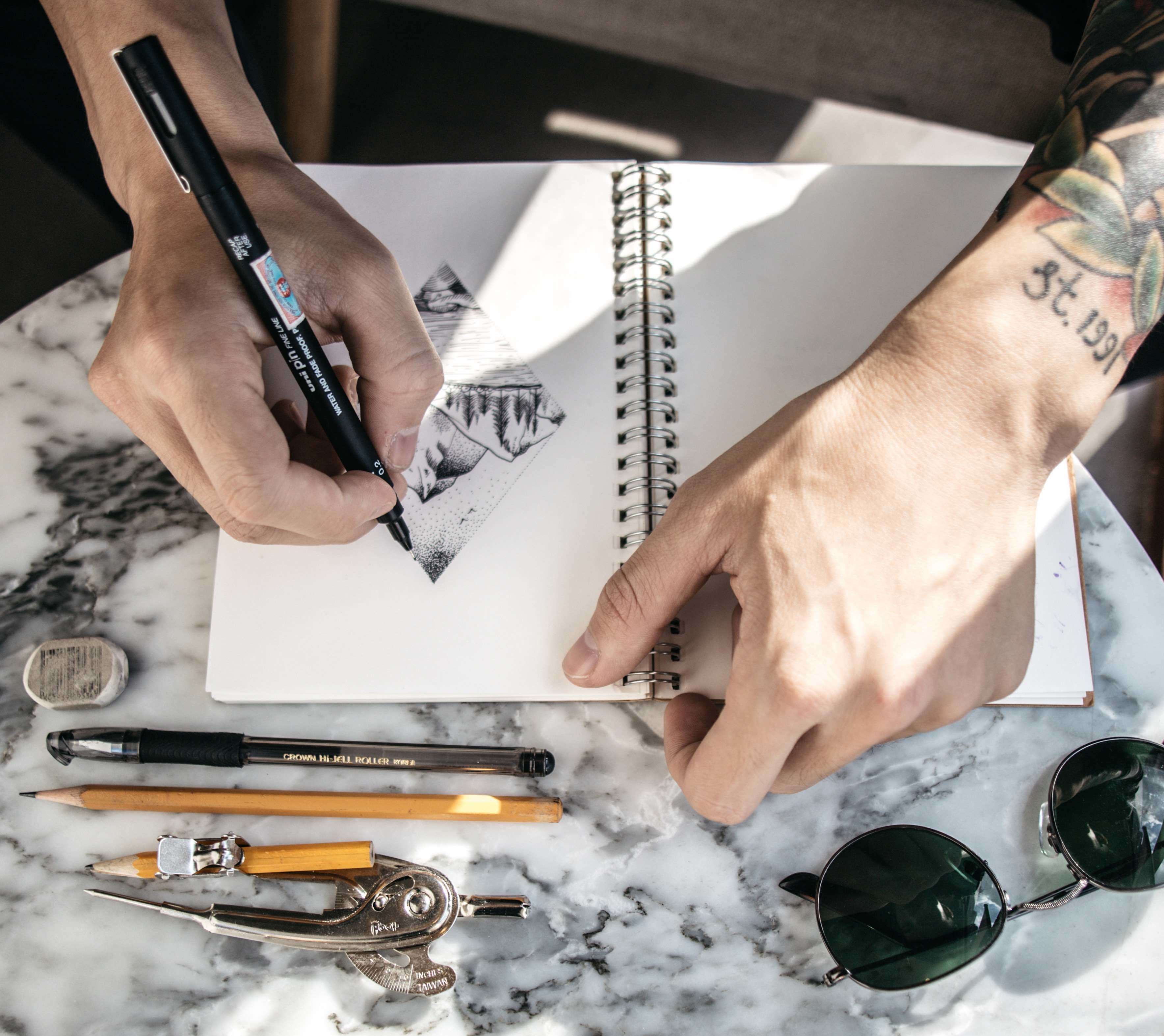 If you're still trying to decide whether or not marketing comics would fit in your content strategy, there's something you should know. Getting into the comic business isn't a quick and easy process. Although Lynda Barry believes we all possess the creativity and artistic abilities to make great comics, what will make your marketing comics stand out is the production effort.

Comics may take more work, from the ideation phase through publication, than a standard blog article would. White-Jennings says, "It's not at all an easy content type. They seem easy in nature, but they aren't."

White-Jennings shared a sneak peek into the content production cycle for one of her clients. It begins with the client and strategist planning out the type of content they'd like to produce. As previously mentioned, they'll talk about the audience's pain points and develop scenarios their audience may struggle with throughout their days. Then, once approved, those ideas get passed over to White-Jennings who shares the assignment with the team's comic writer. Once that person passes the script back, it gets passed to the designer who brings the writer's ideas to life. Eventually it makes its way back to the client for approval before publication. And let's not forget about the back and forth editing that may happen between White-Jennings and the writer or designer.

If you aren't willing to invest that time and energy into content creation, then this may not be the right medium for you. If you are willing to embark on this journey into visual content, then I urge you to take the risk and try something new. 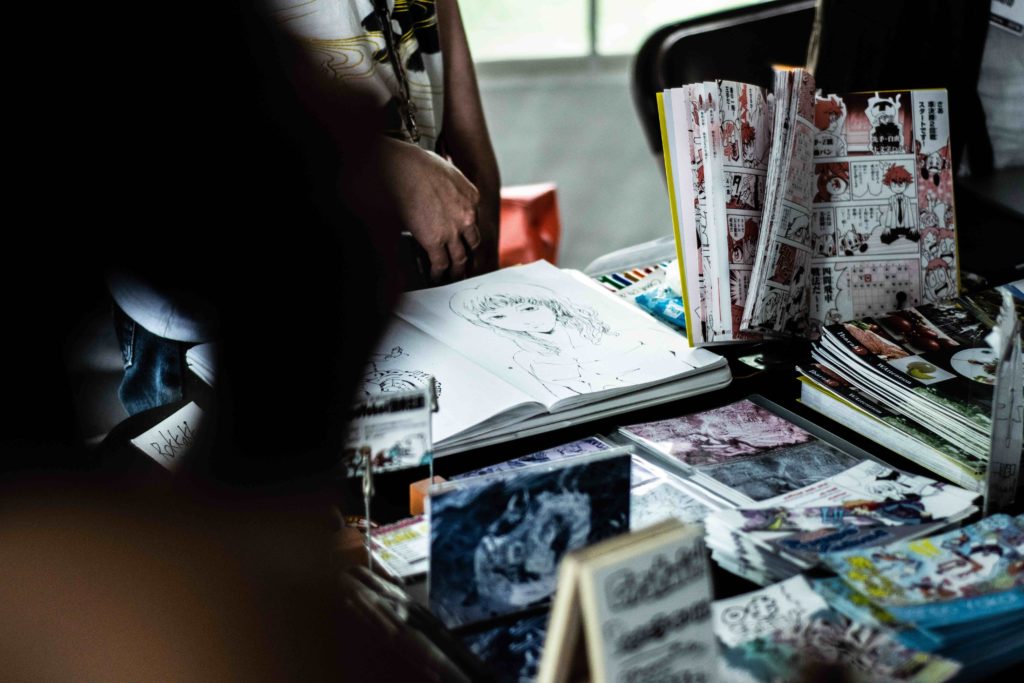