Cannabis marketing isn't a new concept. The federal government has been at it since the 1930s. So have church groups, like the one that produced the propaganda film turned cult classic, Reefer Madness.

Of course, those stories centered around keeping kids away from the illicit substance, lest they lose their minds and start robbing houses. Today, marijuana-related marketing is becoming a way for brands to cozy up to the savvy Gen Z members . . . and their parents and grandparents. After all, the Flower Children of the late '60s are now AARP members, and each generation since has been increasingly more accepting of cannabis, and increasingly vocal about it.

The drug has become less taboo in recent years. Recreational marijuana is now legal in nine states and Washington, DC, and medical marijuana is legal in 30 states. Nationwide, 61 percent of Americans think marijuana should be legal, according to a recent report from the Pew Research Center. And it's not just the young and left-leaning majorities who look favorably on pro-marijuana laws. Fifty-six percent of Baby Boomers support legalization, as do 62 percent of Republicans under age 40.

Now that the tides have turned, it's not surprising that many mainstream B2C brands (especially food brands and delivery services) are looking to ride the wave and buy a little goodwill with the 55 million Americans who currently use marijuana.

Problem is, stoners aren't the only ones who buy tacos and ice cream or have their meals delivered. What about the 39 percent of Americans who still aren't on board with legalization? While companies obviously want to engage a new, growing demographic, they still want to retain favor with this other, more conservative segment. So, the question becomes: How can brand marketers cash in on the cannabis love, without offending millions of people?

Thus far, the strategy with this controversial marketing content has been to take a narrowly targeted and subtle approach to promotion-in other words, put it where children and more conservative audiences won't see it . . . or won't get it.

You Can't Say That on Television-But You Can on Netflix

Despite what prime-time cable television might lead us to believe, there are still some things you can't say on TV. For companies that actually sell cannabis, there's a lot they can't say . . . or post. Federal prohibition of marijuana makes it illegal to advertise products that contain cannabis, and social channels often block cannabis marketing content.

For everyone else, the rules are a little more lax, but there's a big difference between what the FCC will allow brands to say and what brands should actually say on television.

The same is not necessarily true for paid streaming services. Netflix's original content isn't governed by the same rules as television stations, and more importantly, it's not broadcast for just anyone to stumble upon while channel surfing. It's on-demand content that's only viewed by people who want to view it, meaning that brands have the freedom to be more direct with their messaging, given the assurance that they'll be reaching an already receptive viewership rather than one that would require stronger persuasion to this type of content.

For example, it's a safe bet that most people who watch Netflix's Disjointed are not offended by cannabis references. The comedy show stars Kathy Bates as an aging marijuana activist and lawyer who owns and operates a marijuana dispensary with her son. 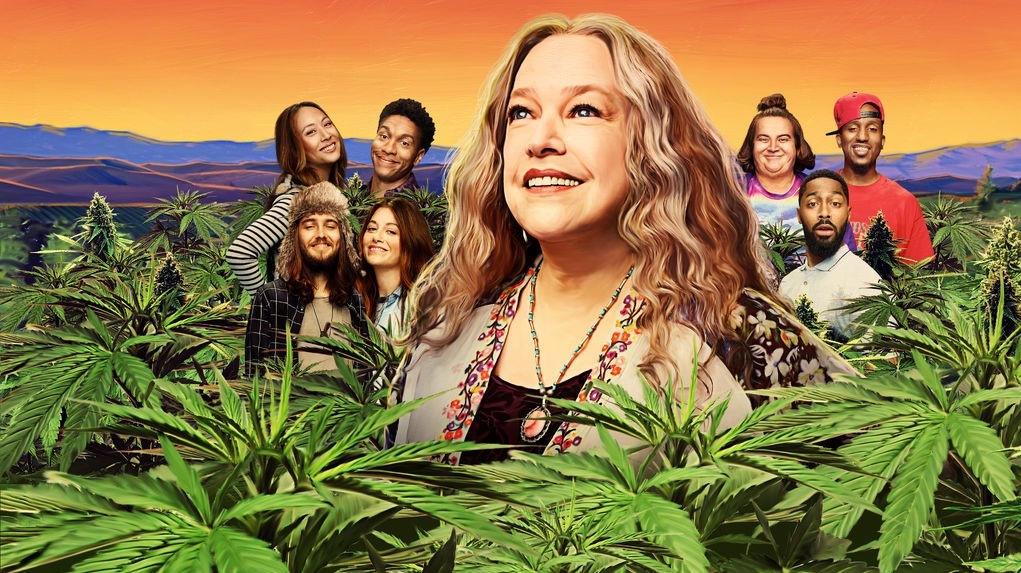 So it makes sense that Del Taco would use the show as a way to endear itself to a key fast-food demographic: people with the munchies.

Netflix shows don't usually include commercials, but Disjointed occasionally includes fake ones, including three Del Taco spots where a cashier attempts to take orders from glassy-eyed customers who can't decide what they want, try to order items that Del Taco doesn't sell (like a McRib or a "bucket of extra crispy"), and eventually realize they don't have money to pay for their food. Each mock commercial ends with a humorous tagline, such as "Del Taco . . . we're used to this" or "Del Taco . . . food in exchange for money."

The takeaway for marketers: The world might not be ready for companies to tell their own stories about weed, but if brands can find the right story, on the right channel, with the right audience, there might be opportunities to integrate their content within this already successful ecosystem.

Social media is a little trickier, considering the diverse audience and site policies governing discussions about drugs, including marijuana. But thanks to decades' worth of lingo and inside jokes among cannabis users, brands can say a lot without actually saying anything too incriminating.

Take, for example, how many brands have acknowledged the stoner holiday 4/20 on social media over the past couple years. Most of them kept it subtle(ish).

All pancakes are frisbees, but not all frisbees are pancakes. 🤔

I wake and bake too nbd

Ben & Jerry's took both the subtle and direct approach with one wink-wink tweet at 4:19 p.m. and one newsy tweet that tapped into the company's ongoing social justice messaging while also celebrating the occasion.

This second posting managed not only to deliver a playful pun, but it also aligns with the ice cream company's overall approach to brand storytelling and company mission, fitting in well with the rest of its large library of content dealing with political legislation and changing social perspectives.

The takeaway for marketers: For controversial marketing on social media, subtle is usually the way to go. Done right, it's a chance to be clever, to get a laugh, and to develop a sense of intimacy and personal connection with your target audience by letting them know that you share the same inside jokes and exclusive cultural reference pool.

Getting Hip to Hyperlocal

One of the simplest ways for brands to feature weed-related content without getting into trouble is to limit that content to places where weed doesn't get people into trouble. There are plenty of marijuana enthusiasts in the South and Midwest, just as there are Californians and Coloradans who feel the opposite, but in states where voters and lawmakers have approved recreational use, brands can speak a little more frankly.

On January 1 of this year, when recreational use first became legal in California, several brands celebrated the occasion by launching marketing campaigns geared towards cannabis users. For example, California-based fast food restaurant Jack in the Box teamed up with Snoop Dogg's digital media company to promote a Merry Munchie Meal. For a limited time, customers in Snoop's hometown (Long Beach) could get two tacos, three chicken strips, five mini churros, fries, onion rings, and a drink-all for just $4.20.

Lyft found its sweet spot on this controversial marketing topic-PSA meets brash millennial humor. On 4/20 this year, the ride-sharing service teamed up with the cast of Super Troopers 2 to launch a silly PSA with an important message ("Don't smoke and drive") and a great offer (a discounted ride home).

The campaign works because there's something for everyone. Smokers get a cheap ride home and the chance to see their favorite Troopers behave inappropriately, and non-smokers get to feel a little safer on the drive home from work on 4/20.

The Highs and Lows of Cannabis Marketing

Although it might seem like the taboos surrounding weed are mostly gone, they definitely aren't forgotten. Forty-two percent of Americans still don't think marijuana is "socially acceptable," according to a Yahoo News/Marist poll. That's a lot of people, which is why, for now, most brands experimenting with this kind of messaging are doing so cautiously and strategically-distributing content first where its likely to be well-received, and observing responses before extending their reach to wider, greener pastures.

So, is cannabis marketing a good idea or bad idea? That all depends on the brand, its company culture, its shareholders, its audience, and the cleverness of its marketing team. 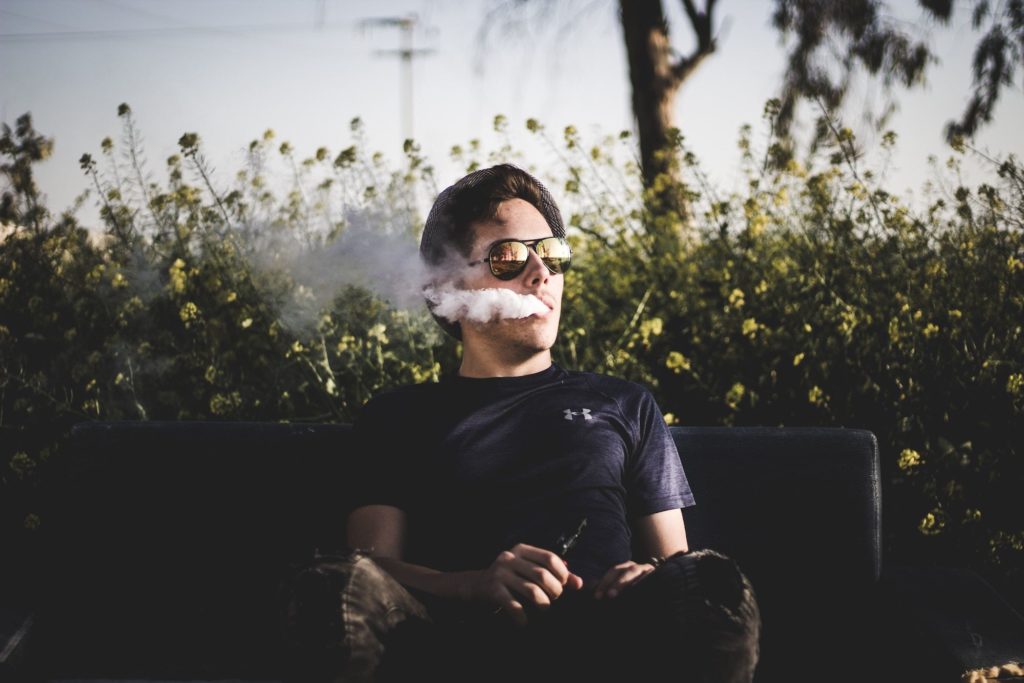