You can probably name the CEOs of Amazon, Tesla, and Apple, but do you know who's at the helm at Bank of America? The company's new ad campaign hopes to change that, as CEO Brian Moynihan "picks up the mic" and adds his voice to the brand's content marketing thought leadership efforts. The TV spot, which launched in November, shows the CEO straightening his tie and making his way to his New York office as he talks about his company's commitment to making a difference and empowering customers.

At Bank of America, "It's very unusual to use the CEO in an ad," Anne Finucane, the bank's vice chairman, said in an interview with Ad Age. "When you put yourself in an ad, you're going to get some detractors. So the thing is, you better be pretty sure of the value proposition."

What Is The Value Proposition?

Executive leaders and company owners who become a recognizable presence in their company's content impact brand transparency and strengthen the relationship with their audiences. Consider the recent scandals at Uber, Wells Fargo, and Facebook where CEOs were accused of wrong doings and the impact it had on their business reputation. Just 44 percent of Americans trust CEOs, according to the Edelman Trust Barometer, which is 11 percent more than they trust political institutions. That makes CEO leadership and trust more important than ever.

When CEOs have an opportunity to come out from behind their corporate image and engage with customers-even from afar-they build relationships, trust, and even profits. A 2016 Economist study found that 80 percent of marketers planned to increase their output of thought leadership in the years ahead, and it's a worthwhile effort. A study by Edelman and LinkedIn found that B2B thought leadership directly contributes to sales wins. However, the study found that a majority of decision-makers are disappointed in the quality of available thought leadership, and poor quality can directly lead to lost business opportunities.

Effective content showcases a CEOs intellectual capital as well as personal perspective-a humanizing and distinguishing factor that's becoming increasingly important to audiences. Consumers want to know what CEOs of the brands they follow believe and stand for. Research from Edelman finds that 56 percent of consumers "have no respect for CEOs who remain silent on social issues." And a study by BrandFog, finds that 64 percent of consumers say it is "extremely important" for CEOs of companies they patronize to take positions on social issues.

The Pathway to Thought Leadership

This can be a daunting task. The goal is to position a CEO as a leading authority in an industry, differentiating the company from its competitors and building customer loyalty, but stepping out and speaking up can be intimidating without a well-thought-out thought leadership content strategy. Where do you begin?

To decide where your CEO should enter the conversation and share his or her thoughts, think about the issues that matter most to him or her. What do they want to talk to customers or employees about most? What news articles do they read or make them react?

For Bank of America's Moynihan, an ad campaign was the first step. In November, he was the featured speaker at Boston College Chief Executive Club Luncheon, participating in a Q&A afterwards with the audience. Speeches and interviews can be considered "conversation leadership," where the CEO moves beyond his or her own thoughts and include the thoughts of others in industry conversations.

One of the best strategies is to publish articles that position the CEO as a thought leader. This can include industry and business publications, op-eds, or writing on a company blog. Virgin Group founder Richard Branson has a blog where he shares his views and his travels. Paul Block, CEO of Merisant, the company that makes Equal Sweetener, has a blog where he writes about talent management.

In addition to showcasing their voices through blogs and digital content hubs, innovative brand leaders are also extending their reach to other mediums including print and live events.

Skyword CEO Tom Gerace and renowned screenwriter Robert McKee, co-wrote the best-selling book Storynomics in order to explore the importance of storytelling in marketing-making the case for 'story' as the strongest tool for marketer's to connect with future audiences. The book itself served as another channel for demonstrating brand value and was later expanded into a series of international, in-person seminars focused on teaching senior executives and marketing professionals how to instill storytelling into their businesses.

CEOs can also participate in social media conversations with consumers to help with brand transparency. Tim Cook regularly tweets about Apple as well as personal thoughts on news topics. As does Paul Polmar, CEO of Unilever, whose Twitter account says he believes in "business as force for good. Purpose, passion, positive attitude." Yet, 61 percent of CEOs don't' have a social media presence, reports Fortune.

Social media platforms and video technology also offers creative opportunities for executive thought leaders to give global audiences a more authentic view of their company and a place to share their thoughts on the current events and updates taking place across their industry. Former Track Maven CEO and current Skyword CSO Allen Gannett, has been widely regarded as a top LinkedIn influencer and thought leader in the content marketing space. His popular vlog series #AllenAsks, where he interviews CEOs and business leaders, amassed over 3.5 million views as of September 2018. Gannett views his LinkedIn vlogs as a great opportunity to gain brand awareness, recruit talent, and offer real-time social proof to his audiences. Gannett combines the reach of his digital and traditional channels to have an even greater impact on audiences. Six months after publishing his bestselling book, The Creative Curve, he regularly hosts giveaways and contests on his LinkedIn and Twitter profiles to connect with new readers.

Another content format that provides excellent opportunities to showcase thought leadership in your marketing strategy is to host or be a guest on podcasts. Reid Hoffman, former CEO of LinkedIn, hosts the popular podcast Masters of Scale, where he interviews business leaders who've grown companies, such as Daniel Ek, CEO of Spotify; Stacy Brown-Philpot, CEO of TaskRabbit; and Peter Thiel, CEO of PayPal. These opportunities allow leaders to share their perspectives and participate in important industry conversations.

Whatever vehicle used, content marketing thought leadership should be focused on helping the readers, the industry, and perspective customers through authentic dialogue. CEOs must earn the trust of the audience, and doing so requires sharing their story, thoughts and even failures. This takes a degree of vulnerability.

Review headlines and news topics, and determine a CEO can having meaningful input. This isn't about marketing your company; it's about establishing and sharing high value, ideas and information. Decide ahead of time how far you're willing to go to take a social stand that might alienate customers. For example, after the Parkland, Florida shooting, Chip Bergh, CEO of Levi Strauss & Co., published an op-ed for Fortune saying the denim company is taking fresh steps to support preventing gun violence, reports Bloomberg.

While Moynihan may never become the face of Bank of America, he is making an impact by contributing to the brand's campaigns and acting as the driving force behind the company's values, culture, and intellectual capital. This statement is true for all CEOs. If yours hasn't started to engage in thought leadership, it's time to enter the conversation.

Stephanie Vozza is an experienced writer who specializes in small business, finance, HR, retail and real estate. She has been a regular columnist for FastCompany.com for more than three years, earning some of the site's highest page views. Her byline has also appeared in Inc., Entrepreneur and Parade, and she has written for companies that include LinkedIn, Staples, Hewlett Packard Enterprises, Capital Impact and Century 21. She was recently named one of the top business writers by HubSpot. Stephanie is also the founder of The Organized Parent, a website that offers product and tips to streamline family life; she sold the company to FranklinCovey in 2011. 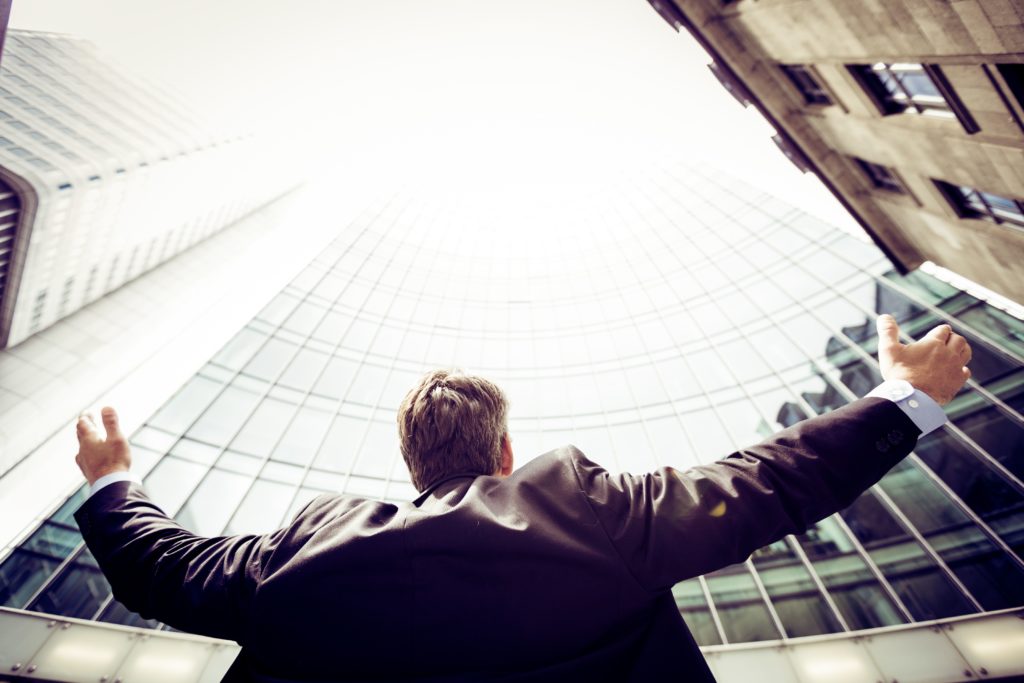