Before I even sit down to begin my work, I struggle with choosing the right music for working. Sometimes I feel I concentrate better in silence, and other times I need a mood booster to help motivate me to get started or an inspirational track to get me to think differently about something I'm stuck on.

We often pop in earphones to drown out background office chatter or the drone of air conditioning, printers, and sirens. Some take their music so seriously that their earphones are in all day, a "Do Not Disturb" sign hangs on their desk, and it's hard to get their attention without tapping them on the shoulder. Others insist on total silence and still others will always complain about everyone else's choice in music for the office. We're all very individual when it comes to our tastes and preferences in music while we're working.

But some fascinating new studies suggest that different types of music could have different effects on our cognition. So next time someone criticizes your taste in music, you can show them the science to back it up. 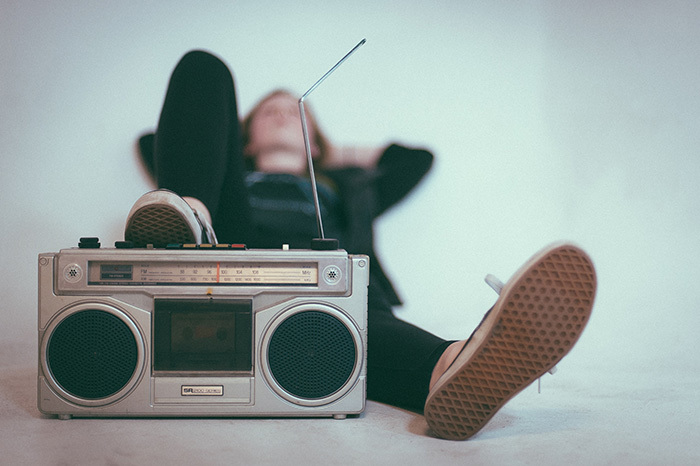 Tap Into Your Creativity with Happy Music

Researchers from the Netherlands and Australia have just discovered a connection between happy music and creativity. They conducted an experiment where participants listened to four different types of music while taking two types of creativity tests. The musical selections were all classical pieces that varied on two dimensions, valence (positive or negative) and arousal (high or low). The four pieces were described as calm, happy, sad, and anxious, and a control group took the tests in silence.

The results found that those who listened to happy music (classical music that elicits a positive mood and is high on arousal) were more creative than those who didn't listen to any music. Specifically, they did better on divergent thinking tasks, which require generating a broad range of ideas in an open-ended way. This was the case regardless of how familiar a participant was with the music or even how much they liked the music or not.

These results fall in line with previous research on mood and creativity that suggests that we are more cognitively flexible when we're in a good mood and perhaps we feel more energized, which encourages persistence when we listen to music with a more active tempo. The happy classical music used in this study was Vivaldi's Four Seasons, Op. 8 No. 1, RV 269, "Spring": I. Allegro.

So if you're feeling particularly lost in the initial stages of idea generation for a new project or marketing campaign, try listening to some happy classical music.

Other studies have found similar effects of music with a faster tempo and major mode on cognitive abilities such as processing speed, visuospatial reasoning, and declarative memory. In a study published in Frontiers in Aging Neuroscience, researchers found a positive effect of Mozart's Eine Kleine Nachtmusik on processing speed and declarative memory in older adults. This was compared with silence, white noise, and a low-tempo minor mode piece of music by Mahler.

These studies suggest that not only can listening to music be beneficial for key cognitive tasks like creativity, memory, processing speed, and visuospatial reasoning but the type of music you listen to affects each task differently. Happy music that has an upbeat tempo and major mode has the most beneficial impact, putting us in the right mood to be more creative and efficient in our work.

So in light of all this research we set out to find the perfect Spotify playlists to boost your mental abilities at work. 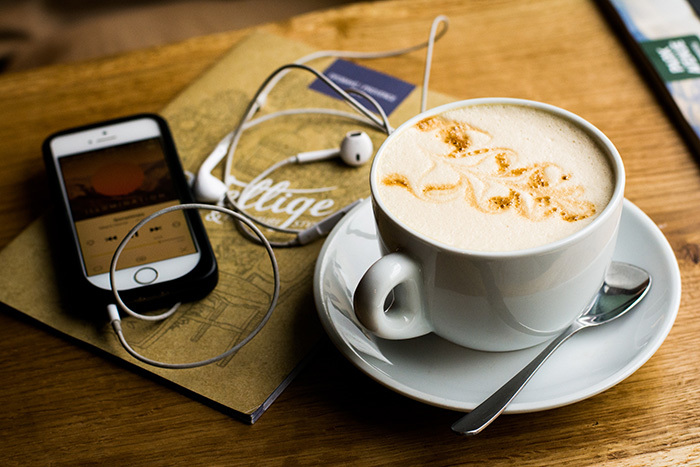 Happy Classical is 20+ hours of happy classical music by Vivaldi, Mozart, Bach, Tchaikovsky, and more. It's great for writing concentration and unwinding after a stressful day.

Dr. Jacob Jolij's uplifting playlist was created by a Dutch neuroscientist who put together a list of the most feel-good songs in upbeat tempos and major keys. Songs include classics from Queen, ABBA, Bon Jovi, and the Beach Boys.

Running to Rock 170–190 BPM is a great playlist for your morning run to set you up for productivity at work. All songs are in high tempo (170–190 beats per minute) so you can get energized for the day ahead.

Happy Pop is a chipper lineup of sixty upbeat pop songs including many chart toppers to evoke all the happy feels, even when you're facing the afternoon slump.

With increasingly tight timelines and growing client demands, marketers are constantly under pressure to produce creative ideas and solve creative problems. This can often lead to creative blocks and even burnout. Music seems to have a powerful effect on our emotions, and when we choose the right kind of music to play before and during our work, it can have a positive impact on all the key cognitive abilities needed to be successful in this fast-paced industry.

Just make sure you keep an eye on that coworker who listens to Eminem's "Lose Yourself" on repeat: One (preliminary) study suggests that those who prefer rap over classical and jazz could have greater psychopathic tendencies! 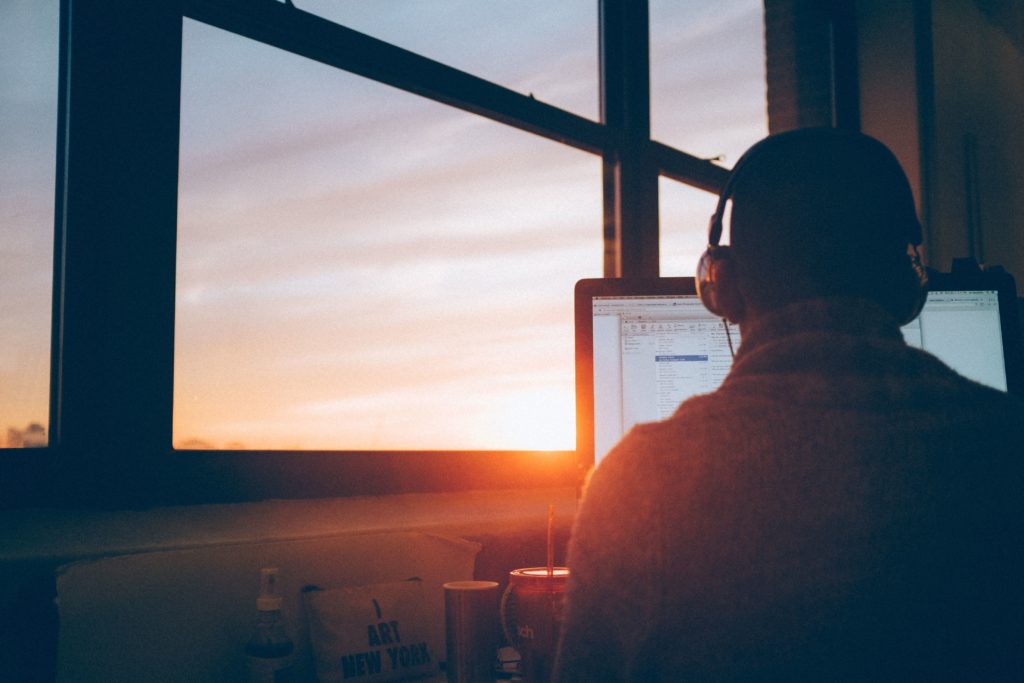