Women have been fighting the good fight on the career front for centuries. While there are still strides to be made towards equality, we've gained a lot of ground in the workforce. Unfortunately, men haven't exactly made the same advances on the home front, at least not in the eyes of society.

For the most part, it's become taboo to publicly suggest women are inferior workers. Yet much of today's public messaging still tells us it's perfectly acceptable to suggest that men are inferior parents-that fathers are important in their children's lives, but not as important as mothers. The thing is, most modern dads don't share this out-of-touch view of fatherhood. Not only do they feel equally responsible for child-rearing; they want equal responsibility, equal rights, and equal respect as parents.

With its new paternity leave cause marketing initiative, Dove Men+Care is saying, "We think you should have it." And that's a powerful statement when you're marketing to dads.

For nearly 15 years, Dove has built its brand-and more recently, its content marketing strategy-around empowering women. Back in 2004, while other toiletry brands were still hiring supermodels and starlets to peddle their products, Dove took a different approach. Rather than suggesting women aspire to impossible standards of beauty, the Unilever brand began telling them, "You are beautiful. The standards are wrong." 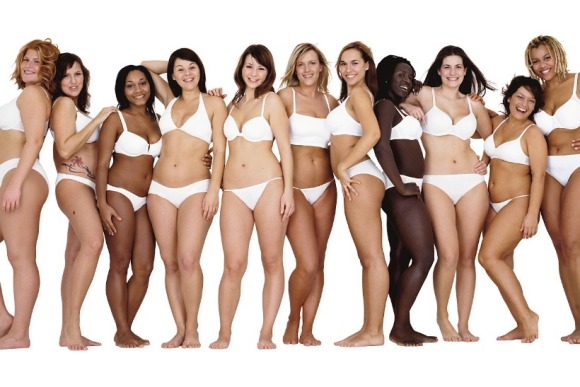 The now-legendary Real Beauty Dove ad featured real women, with real curves, flaws, and wrinkles-and led to a 700 percent increase in soap sales during the first half of that year. Since then, the Real Beauty campaign has evolved into a multi-media content marketing strategy, complete with social experiments, inspirational storytelling, and powerful films designed to boost women's self-esteem and redefine beauty.

Dove took a trait-female attractiveness-that marketers had always approached as a single, narrow ideal and expanded that concept to encompass a more inclusive and positive set of values. Therefore, it only made sense that when Dove started marketing to men, the approach was to redefine strength-moving beyond the machismo stereotype-and reframing what it means to be strong as a form of caring.

That might sound a little corny, but it also rings true for most men, particularly millennial dads. Unilever's internal research showed that only seven percent of men relate to depictions of masculinity in the media. A Saatchi & Saatchi survey found that 74 percent of millennial fathers in the US think marketers are out of touch with modern family dynamics, and 80 percent think a "real man" is comfortable with expressing his feelings.

So that's exactly the type of real man that Dove Men+Care has targeted with its #RealStrength campaign. For Father's Day 2015, Dove created a video featuring 13 men who get emotional when they learn their partners are pregnant.

Dove Men+Care took the same approach for Father's Day in 2016 and 2017, again tugging at our heartstrings with sappy commercials that celebrated involved dads and other father figures.

But this year, the brand decided to double down on marketing to dads. Rather than just celebrating fathers for caring, the brands wants to empower them to care. That means having more time at home, especially during the first few months of their children's lives.

Despite the fact that 69 percent of Americans believe men should have paid leave following the birth or adoption of a child, the US is still one of the only developed countries that doesn't guarantee paid parental leave, for fathers or mothers. Under the Family Medical and Leave Act (FMLA), companies with 50 or more employees must provide full-time workers up to 12 weeks of unpaid leave per year to care for a newborn, adopted, or foster child. Four states-California, New Jersey, Rhode Island, and New York-guarantee paid parental leave, and Washingtonians will have it starting in 2020, but everyone else only gets it if their employers choose to give it. And most don't-especially not to men.

That was the case for Joshua Levs, a paternity leave expert who has worked closely with Dove Men+Care on the new initiative. Back in 2015, the longtime CNN reporter needed paternity leave to help care for his daughter, who was born prematurely, his sick wife, and their two sons. CNN's parent company, Time Warner, offered 10 weeks of paid leave for all parents except biological fathers. Levs asked for the same leave, but the company turned him down, so Levs filed a gender discrimination suit with the Equal Employment Opportunity Commission. Time Warner settled with Levs and changed its policies.

Only 15 percent of US employers offer paternity leave, which means that new dads employed by the other 85 percent still have to choose between bonding with their baby and affording their baby. Levs, author of All In: How Our Work-First Culture Fails Dads, Families, and Businesses-And How We Can Fix It Together, wants to see that change. And so does Dove Men+Care.

"My legal case was about having equal opportunity to be a caregiver, as if I was a mom," says Levs. "When I announced the lawsuit, guys started calling me, and they were crying and telling me their stories-and moms, too, about their husbands. I had no idea that so many people had that kind of struggle because guys can't get this time. Dove Men+Care has been a leader in positive 'dadvertising' for a while now, but this new campaign is taking it to the next level by supporting and advocating for paternity leave worldwide. It's beneficial for men, women, and society in general when kids can grow up seeing dads as equal caregivers. And if there's no paternity leave available, then from day one, dads can't be equal caregivers. So this is a great example of a marketing campaign that stands for real, pragmatic change in the world."

To tackle this important issue, Dove Men+Care is taking a multi-pronged (and multi-media) approach, starting with the launch of a digital content hub for expecting dads. It includes advice from experts and real-life fathers about everything from the benefits of paternity leave, to asking for paternity leave, to making the most of that time. In typical Dove fashion, there's even an inspirational film, "Dear Future Dads," which features a diverse group of fathers getting all choked up while they talk about the importance of being there for their children.

While encouraging dads to take paternity leave, Unilever is also encouraging employers and governments to make it possible for them to do so. The brand has partnered with a council of advisors and experts like Levs and has commissioned new research on fatherhood and the benefits of paternity leave. And for the sake of putting money where one's mouth is, Dove Men+Care has contributed to 27 crowdfunding campaigns that helped new dads afford unpaid parental leave and distributed more than 40,000 "New Dad Care Packages."

"Through this marketing campaign, Dove Men+Care is hoping to change the conversation around this issue and showcase the importance of paternity leave, not just for men, but for women and families," says Levs. "There are still many people in power who have these old ideas of men as not being equal caregivers. So we have all these structures in place that are out of the Mad Men era, that are designed to push women to stay at home and push men to stay at work. When I interviewed dads for my book, many of them said the biggest thing we need to change isn't even the policies and the laws. It's pop culture."

Not every brand can (or should) be spearheading global paternity leave initiatives. There are plenty of other important social issues that could benefit from cause marketing campaigns. But there are a couple important lessons that other marketers can learn from Dove:

2.) Modern dads are sick of the stereotypes.

"Negative stereotypes of fathers-the Homer Simpson kind of dads-are everywhere, and they're damaging, because they reinstill this backwards idea of what men are like," says Levs. "Every time you see men in advertising and marketing campaigns as these incapable, clueless buffoons who can't do anything and get outsmarted by their four-year-olds, that is a reflection of the same prejudice that says women aren't good in the workplace. As long as we get those backward images reinstilled in our brains, we cannot achieve gender equality. So this has been a huge issue for me, and I've been very loud about it."

It's also why he got involved with Dove Men+Care, which he calls a "pioneer" in successfully marketing to dads. 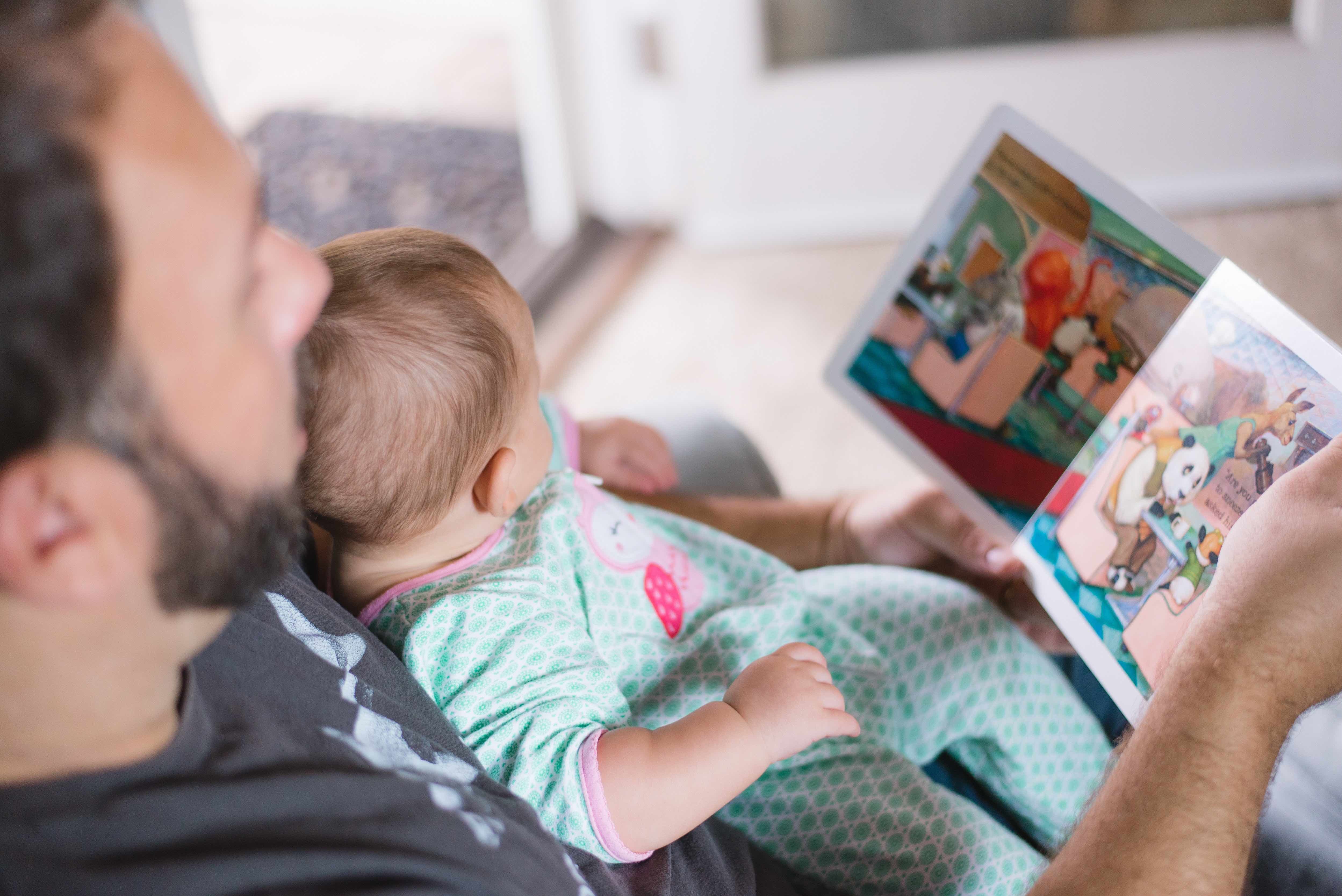 "They have shown that positive 'dadvertising' isn't just the right thing for society. It's also good business," says Levs. "It's more successful, because people are embracing it and people relate to it. They don't relate to stereotypes, because that's not the reality for today's dad. When I see negative 'dadvertising,' I will not buy the product, and when I see positive 'dadvertising,' I will prefer the product over the competitors. Because it means that they understand what's going on and that they want to use their voice to take positive action. It means they understand me as a consumer and respect me. Stereotypes of anyone and anything are generally recognized to be offensive, except for stereotypes of men, and we have to change that."

How can marketers change things for dads-for the sake of families and society, and for the sake of creating more relatable content? Levs says to start by gaining a better understanding of today's father.

"Marketers need to understand that virtually all fathers who live with their children care for them in every major category at least several days a week, if not every day," says Levs. "The average working father spends three hours each work day with his children. At home, we literally are equal caregivers."

Modern dads also do more shopping than their fathers and grandfathers did. "There's this often repeated line that women buy 80 or 85 percent of products, and that's wrong," says Levs. "Moms and dads are actually pretty darn close to equal shoppers now, so appealing to the demographic of modern dads is going to be a necessity."

"The stories and images should reflect that men are just as good caregivers as women," says Levs. "That's what good dad marketing looks like. It doesn't mean it looks the same. Dads do things differently, but just as well. When you reflect that, you also send the right message to children about manliness, because boys want to be manly and they're going to be deeply affected by what society tells them manliness is. When you tell them that being a good caregiver is what modern manliness looks like, you're speaking to future generations and to this big audience of shoppers. Brands really have a great opportunity to make a difference and change the conversation." 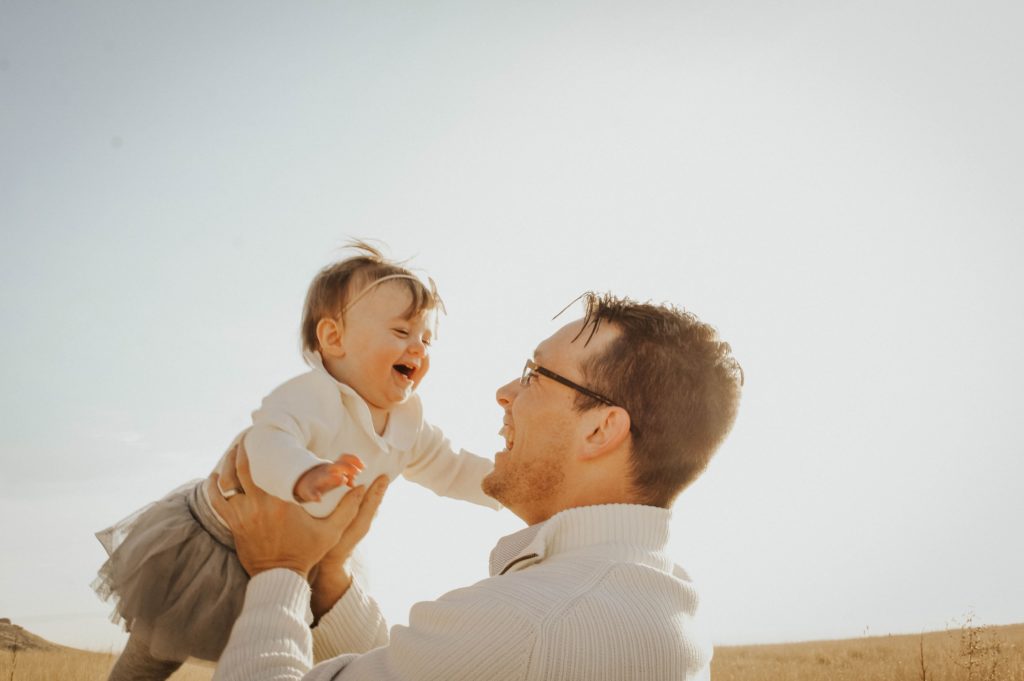