"Trump will never be president."

Pundits, pollsters, politicians-many were certain a Trump presidency was "unthinkable." Yet last night, a little over a year into his presidency, Trump gave his first State of the Union Address.

When he announced his candidacy back in June 2015, anyone who thought Trump was capable of winning the Republican nomination-let alone the presidency-drew raucous laughter. It's understandable. How could Trump-who had neither held political office nor served in the military-defeat someone with as much experience as Hillary Clinton? On paper, she ran a flawless campaign: She raised more money, she performed well in the debates, and she didn't continually produce a stream of gaffes and insults.

So how did Trump win? There are many complex reasons for his victory but I suggest that it was principally a matter of political branding-not policy. The Trump brand defeated the Hillary brand.

A brand is certainly more than a logo or word, though these are important components of a brand, so much so that the Clinton campaign-hoping to move her out of the shadow of her husband-referred to the candidate as "Hillary" as opposed to "Clinton." According to Inc., "Establishing her as Hillary created the aura of a regular person-a friend, even."

Though there's debate about the exact date, one of Trump's ancestors changed the family name from Drumpf to Trump. Although the Anglicization was a linguistic accident, the word "trump" itself-an alteration of triumph-is pregnant with meaning: "a decisive overriding factor or final resource" or "a dependable and exemplary person." As a verb, it can mean "to get the better of: override." What better name for someone with ambition in a competitive world.

The focus on Hillary as opposed to Clinton was a shrewd move. Names matter (and that's a testament to the talent of Obama-a man whose middle name is Hussein and whose surname is one letter off from the world's most infamous terrorist). But of course there's much more to a brand than a name.

According to Forbes, a brand "is what your prospect thinks of when he or she hears your brand name . . . Your brand name exists objectively; people can see it. It's fixed. But your brand exists only in someone's mind."

One technique to tell what people think of is word association. Brands as diverse as Disney, Kellogg's, and Gillette have strong associations with other words. For example, 74 percent of consumers associate the word "crunch" with Kellogg's.

So what words did people associate with the Trump and Hillary brands before the election? According to Gallup, while Trump had an assortment of neutral to positive words at the top of the list ("speech," "immigration," "president"), Hillary was stuck with-you guessed it-"email."

Lifted (intentionally) from Reagan's 1980 campaign, this slogan is a patriotic call to action-a sure way to fire up the base and reassure conservatives who might have had doubts about Trump's character. It was also an economic message that spoke directly to the coal miners of Pennsylvania and the automobile workers of Michigan (both battleground states). 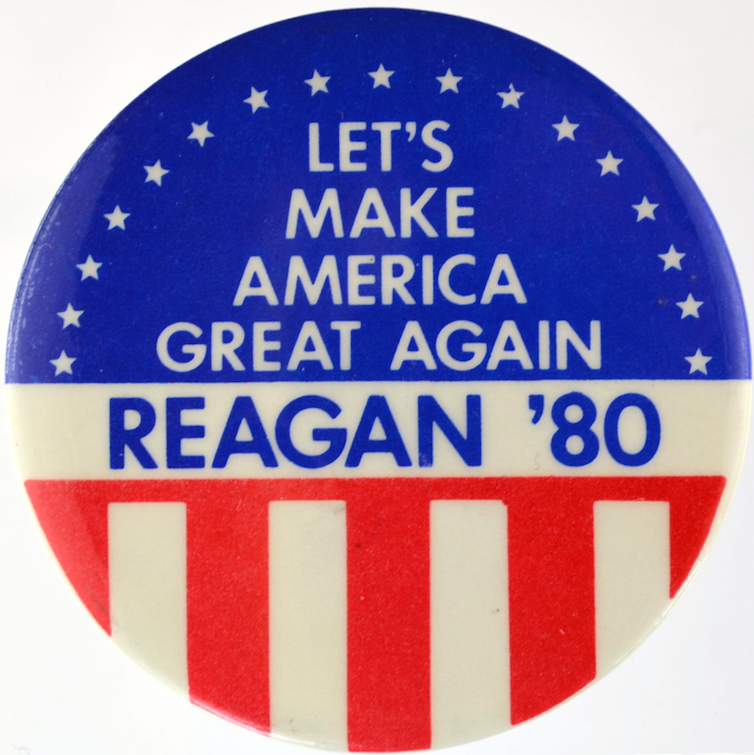 This was not a slogan about the country, her vision, or her values. It was about her, and being with her. Unfortunately, Clinton was the second most unpopular candidate ever (after Trump), according to Gallup. Yes, it was a celebration of her female candidacy, but the fact that more than half of white women were not convinced shows that the gender play did not win the demographic it needed to.

According to primacy bias, information that is presented first is more important. And if we look at the first nine characters, we get "Love Trump." Whoops!

This final slogan, although designed to be inclusive, was not as clear as "Make America Great Again!" It's a little defensive, a bit "if we stick together, maybe we can overcome America's problems." And who does "together" refer to? Bernie and Hillary supporters? The coalition of the left? The Republicans and Democrats in Congress? The American people? The human race? It might have appealed to her base, but it wasn't enough to inspire voters in swing states.

After a shaky start with a NSFW logo, where the stem of the T "penetrated" the opening of the P, the amended Trump–Pence logo was nothing fancy but did the job. In fact, it was very conservative-Trump's name got top billing and larger font, the five stars gave it a military feel, but the exclamation point at the end of the slogan allowed Trump's brand voice to come through.

The Clinton–Kaine logo drew mixed reviews. For example, Quartz had two opposing articles, one critical, one complimentary. The designer, Michael Bierut, was going for simplicity, and his reasoning sounds convincing:

"It wasn't clever or artful. I didn't care about that. I wanted something that you didn't need a software tutorial to create, something as simple as a peace sign or a smiley face. I wanted a logo that a five-year-old could make with construction paper and kindergarten scissors."

Some liked the simplicity, though others said the basic capital H and red arrow resembled a hospital road sign.

The New Yorker pointed to the potentially problematic arrow-red (associated with Republicans) and pointing to the right.

According to Steven Heller, former art director for the New York Times, "Obama's 'O' was handled with a certain amount of nuance and elegance and Hillary's 'H' has none of that nuance or elegance." This is all somewhat subjective, but compared to Obama's "O"-perhaps the most memorable political logo ever-Hillary's "H" does seem a little square.

Scott Adams, the creator of the comic strip Dilbert, predicted back in 2015 that Trump had a 98 percent chance of winning the presidency (a tongue-in-cheek counter-prediction to Nate Silver's estimation of Trump's chances being 2 percent). Adams, a trained hypnotist, based his prediction on Trump's persuasion skills.

"A good general rule," said Adams, "is that people are more influenced by visual persuasion, emotion, repetition, and simplicity than they are by details and facts."

Let's take the immigration debate. Everyone knew Trump's position-he was going to build a great, great wall (perhaps invoking the Great Wall of China, a symbol of Chinese strength and unification). The wall would keep "bad people" out. It was easy to visualize and appealed to emotions and the symbolism of the subconscious-but the actual policy was open to interpretation. Would the wall span the entire border? Would Mexico really pay? Who cares?

And what was Hillary's immigration policy? Don't remember? It turns out she had a nine-point plan that included "comprehensive immigration reform," "enforcing immigration laws humanely," and "supporting immigration integration." These are perhaps well-thought-out policy proposals but they don't strike you in the same way as the vivid "great, great wall with a big beautiful door," even if it is fantastical and simplistic.

The End of Political Advertising

By tapping into social media, Obama's 2008 campaign (which won various marketing awards) forever changed the political landscape. Likewise, Trump's "off-the-cuff style" tweets may have played a role in his victory. But was this approach a one-off or a sign of things to come?

In 2016, the (failing) New York Times suggested that Trump's "willingness to say just about anything, and his merry courting of trouble, was an eye-opening break from the traditional, tightly scripted approach of keeping candidates away from trouble." In other words, to win, do whatever it takes to dominate the national "conversation."

Clinton, meanwhile, did things the old-fashioned way. According to Fortune, "Clinton's campaign placed a far greater emphasis than Trump on television advertising, a more traditional way of reaching swaths of voters." But unfortunately for Clinton, this may have been a waste of money. Of her ads attacking Trump, 90 percent attacked him on personal rather than policy grounds. 2016 research has shown that negative TV "attack ads" drive voters to third-party candidates who don't employ these tactics. In other words, attack ads hurt the brand of the attacker as well as the target.

Trump did things his own way and successfully played the news cycle in an unprecedented way. Despite his success, I don't predict we'll ever see another candidate mimic his technique any time soon. 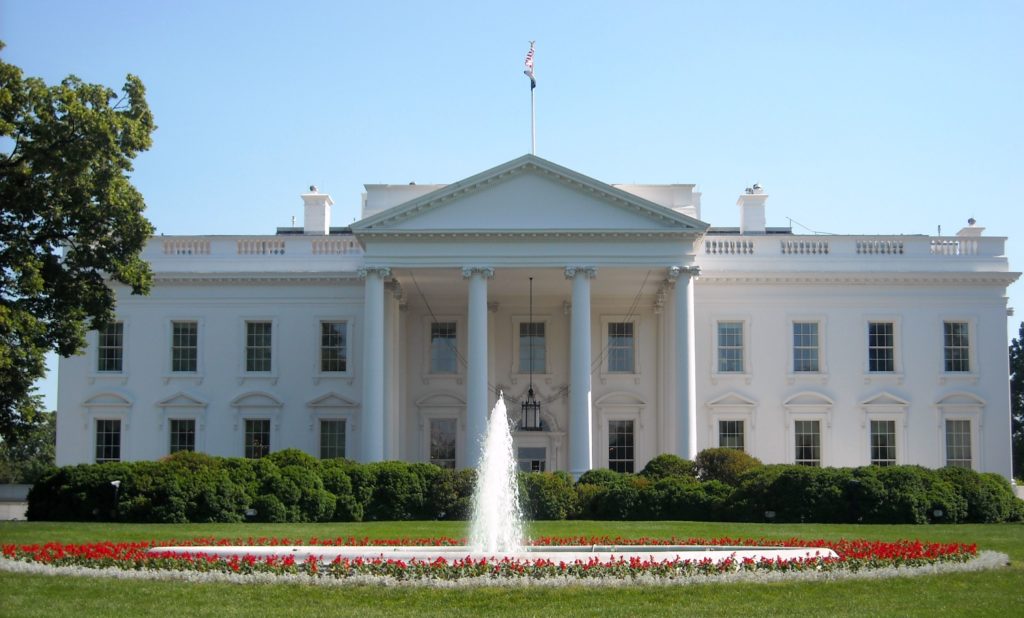