The unexpected success of the Vatican's social media strategy may seem like a miracle.

The Roman Catholic Church has long been associated with all things traditional. The Church's top leaders have been getting their clothes from the same retailer for the past 220 years. Its biggest decisions are announced to the world via different colors of smoke rising from a chimney above the Sistine Chapel.

Overall, the Church doesn't seem like the kind of organization that would flock to Twitter and Instagram as part of a global social media strategy. But that's exactly what the Catholic Church has done in recent years, building a social presence that now has significant influence across multiple major platforms. The social-focused Vatican News service, launched in 2010, now claims more than four million followers across YouTube, Facebook, Twitter, and Instagram. Thanks to a Twitter strategy focused on dispensing positive messages of hope tied directly to the Church's teachings, Pope Francis himself boasts nearly 18 million followers on that platform alone.

But this substantial online presence shouldn't be dismissed as a case of religious leaders caving to cultural temptations. It's all part of a smart strategy designed to help the Church maintain relevance among the people, creating channels for meaningful engagement that help the organization achieve the same goals it's been pursuing for centuries.

And this social presence isn't restricted to the Vatican itself: Representatives of the Catholic Church around the world have been called upon to use social media as a channel for fulfilling the organization's mission.

"The digital marketing team at the Archdiocese of Los Angeles is centered on a higher purpose: evangelization," says Christine Warner, a senior manager in digital marketing for the Archdiocese of Los Angeles (and, on the side, a contributor to the Content Standard). "This mission is at the heart of what we do. As a religious non-profit, we aren't selling a product or pushing for profit. Whether we're building parish websites, advertising an upcoming feast day mass, or managing the social media of religious education ministries, it's all about bringing Christ into our communities." 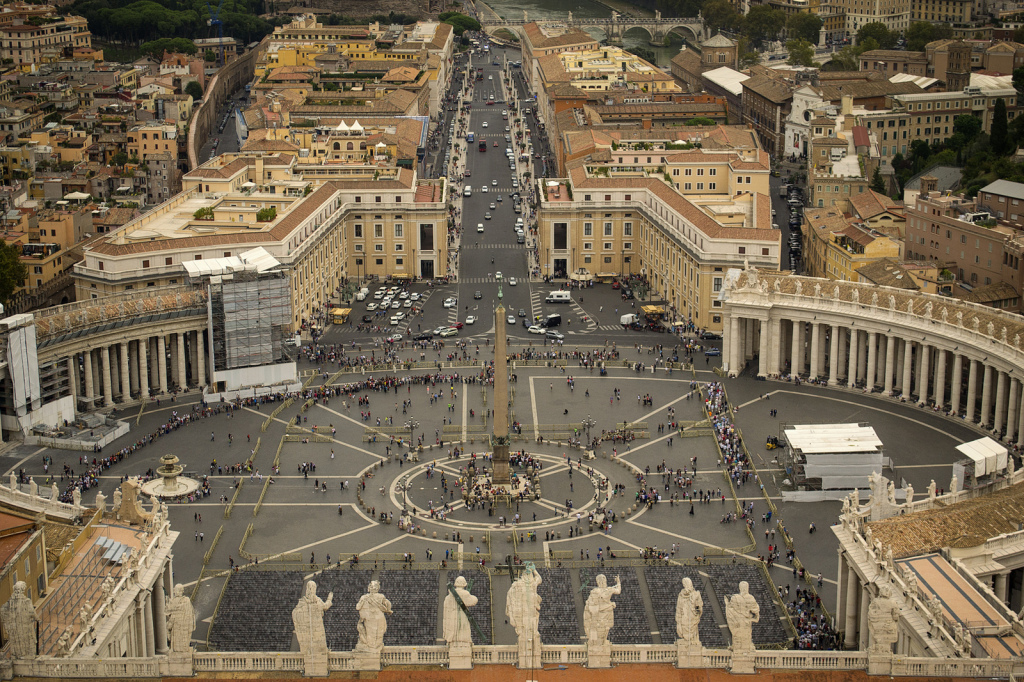 Behind the Pope's Love-Hate Relationship With Social Media

If it seems like the nature of social media might be in conflict with the Catholic Church's mission, that's because, to some degree, it is. As CNN reports, Pope Francis has given sermons in the past condemning the ills of social media. He has referred to heavy consumption of digital media as "mental pollution" and warns that the heavy influence of this media "can stop people from learning how to live wisely, to think deeply and to love generously."

At the same time, Pope Francis has long recognized the role social platforms play in shaping culture and engaging individuals. Instead of making a futile effort to resist social media at all costs-which might only chip away at the Catholic Church's cultural relevance-the Vatican has instead embraced a strategy of being present where they're likely to find an audience.

According to a 2015 report from Fortune, the Vatican has gone as far as to enlist the help of at least one digital strategy firm to generate insights on what matters most to young social users, as well as potential strategies for how best to engage them on issues like immigration, climate change, and poverty. The Vatican also approved the launch of campaign-specific hashtags like #PopeIsHope, as well as a fun-natured Popemoji keyboard that earned 30,000 downloads in the four days following its release.

Pope Francis on Thursday sent a message to an international symposium entitled, “Toward a Greener Attica: Preserving the Planet and Protecting its People,” in Athens, Greece. https://t.co/7zzmxskgwW

More recently, the Catholic Church has been directing archdioceses in major cities to hire digital marketing teams focused on helping spread its message and engage local communities. Warner says digital platforms, and social media in particular, have proven effective in spreading the Church's message to the world.

"Through its interactive nature and unlimited scope, social media becomes a tool for modern discipleship. Pope Francis himself encourages Catholics to embrace digital media platforms to start a dialogue of faith and promote a culture of respect," she explains.

In other words, heavy use of social media puts users at risk of unhealthy consequences-something most non-Catholics would also acknowledge. However, social media users also have the opportunity to create experiences that have a positive impact on individuals' lives.

Shaping a Strategy Around Awareness and Engagement

While the Catholic Church has a social media strategy aimed at reaching specific goals, its overarching design is much simpler than what other brands might require.

"The main goals in having a social media presence are awareness, exposing people to the truth and beauty of the Catholic faith, and engagement, inspiring them to explore it further," Warner says. "Since every person experiences their faith in a different way, the moment of conversion comes from real-life encounters and relationships. Social media can lead people to discover their faith in their own life."

As Warner points out, the Archdiocese of Los Angeles is unique in that very few archdioceses around the world have dedicated marketing teams working on digital initiatives. Despite the size and early success of the Catholic Church's social media strategy, the sheer size of the organization and its audience-potentially billions of people around the globe-presents challenges in terms of building a centralized social media presence.

Simply looking at you, O Mother, to have eyes only for you, looking upon you without saying anything... pic.twitter.com/CEBGRLC7ZJ

But the organization is content to pursue granular achievements in the meantime. These can be as simple as using their Facebook or Twitter strategy to dispense positive content that improves an individual's perception of the Catholic Church or that brings them to consider the role of faith in their life. The Church's strategy reflects a belief that by facilitating conversations with Catholics and non-Catholics around the world, the positive interactions will inevitably serve the organization in fulfilling its mission.

At the same time, social media functions as a pulpit, allowing the Pope and the Church to speak directly to the people-without them ever attending a mass or getting news that's filtered through third-party media. 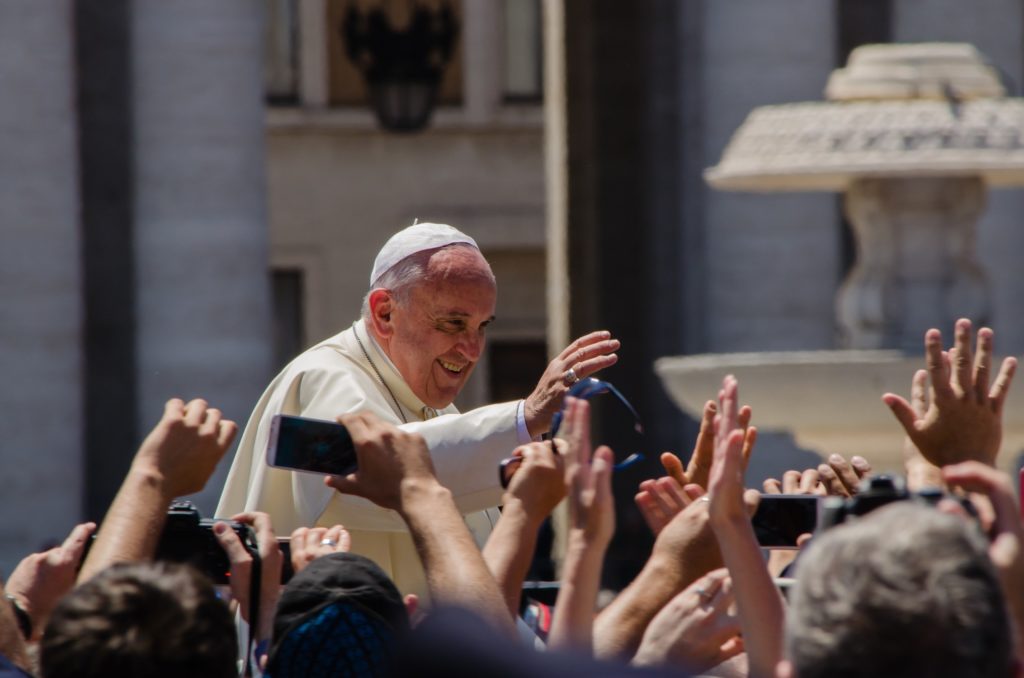