You don't have to go far to hear people musing on all the ways social media has changed the world-it's changed marketing, storytelling, and everything in between. And the general consensus is that these changes are completely unprecedented.

That consensus is right-mostly. The scale and reach of social media is unprecedented, but some of the overarching trends are just continuations of the same audience engagement trends that every evolution in communication technology has brought. And a look back at the history of these trends can give us some good insights into what's happening now and what that means for our content strategy.

We could go all the way back to the invention of the written word to discuss these trends, but that would take a while. So instead, let's narrow things down to a specific story, written in a specific era, and published in a specific way.

The story is that of Sherlock Holmes. It's the late Victorian era, and the mode of publication is the serialized magazine. Taken independently, none of these things sound like they could teach us much about social media. But when all these factors came together, they created a platform that-for arguably the first time-made media social.

The New World of the Magazine

So when the late nineteenth century rolled around, books were more affordable than they had ever been. Factor in a rise in literacy, and this era was a great time for the written word, which led to lots of interest in a new form of entertainment: the magazine.

Of course, this wasn't the first time people could read popular genre fiction stories for cheap. But the convenience of receiving new installments on a predictable, regular basis contributed to magazines' popularity. Another factor that set magazines apart was the letters to the editor section, which encouraged audience engagement by allowing enthusiastic readers to communicate with content creators while letting fellow readers know that they were part of a community. 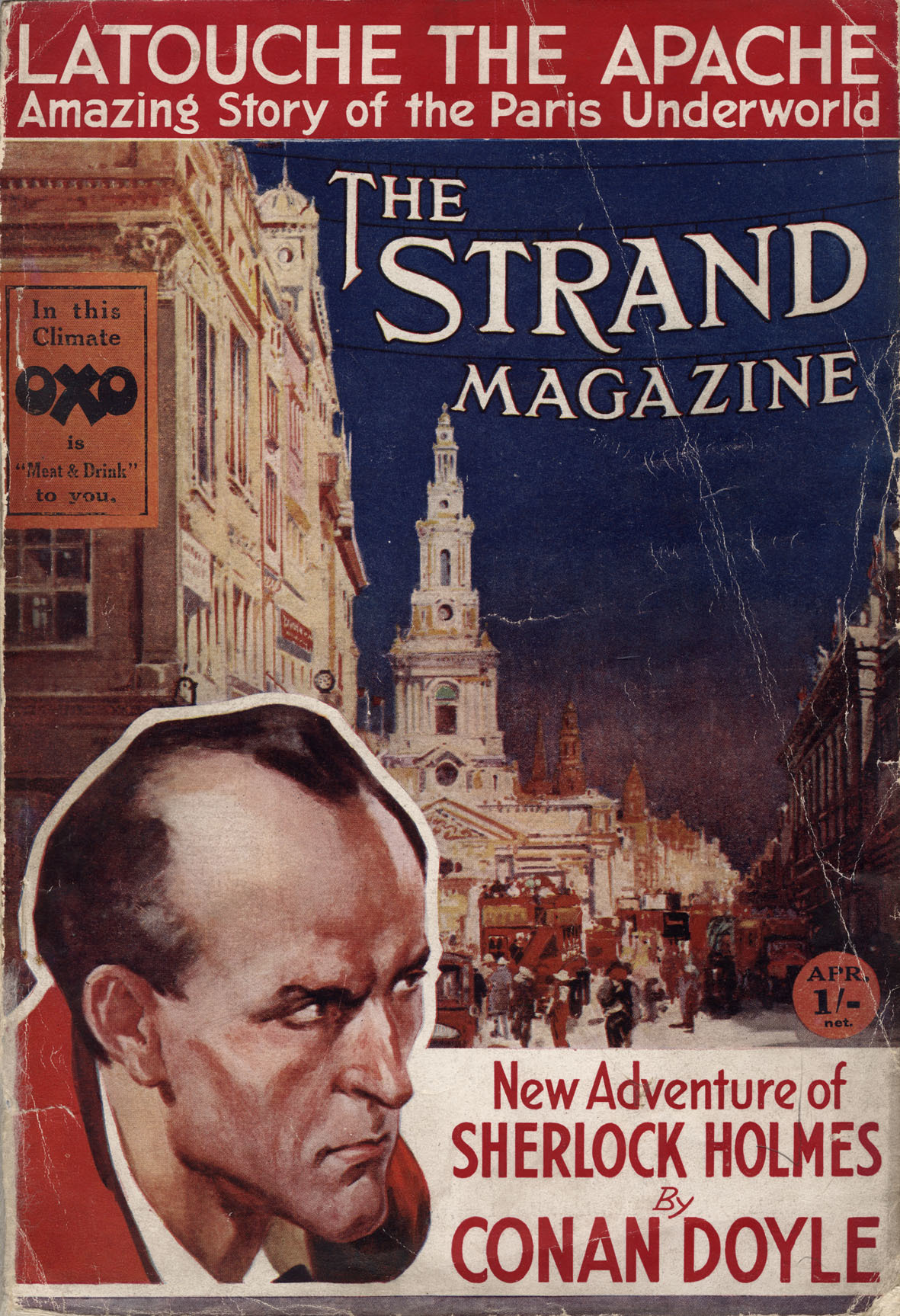 The Death and Life of Sherlock Holmes

Of all stories published in these early magazines, few were as popular as the stories of Sherlock Holmes. Holmes burst onto the scene in 1891 in a magazine called The Strand. The brilliant detective become a phenomenon, so much so that Arthur Conan Doyle, who had originally only intended to write a handful of Holmes stories, ended up being persuaded to write far more.

Ironically, though, Conan Doyle didn't count himself among the ranks of Holmes lovers. He originally created the character to get some quick cash while working on his novels. After a couple of years, he was sick of the detective's adventures and sick of his obsessive fans. So in 1893, Doyle killed Sherlock Holmes in a short story called "The Final Problem."

The reader backlash he received could rival the angriest controversies modern Twitter can produce.

The letters to the editor section of The Strand was flooded with outrage, as was Doyle's own personal mailbox. The Strand lost so many subscribers in a short amount of time that it nearly went under. Clubs and societies were formed to honor the detective's legacy, including "Keep Holmes Alive" clubs formed specifically to rail against Doyle's choice. Legend has it that fans even wore black armbands as a sign of mourning.

Doyle thought that the backlash would die down eventually. But it didn't. He continued to receive angry fan mail year after year until, finally, he gave in to his readers' demands and brought Holmes back to life a decade later.

Getting Social with Sherlock

Never before in history had a fictional character united people in this way. And this foundation of audience engagement ended up being a factor of the character's continued popularity. Even after Holmes came back to life, people remained engaged with the character, forming societies that we would now probably dub "fan clubs" and creating original stories about Holmes that we would now probably dub "fan fiction." (Notable authors of these stories include Peter Pan creator J.M. Barrie and FDR, who, long before he became president, wrote a Holmes story called "Sherlock Holmes in the White House.")

We can wax poetic as to why Sherlock Holmes was such a powerful story, but one thing is certain: if Sherlock Holmes had been published in a previous era or through another medium, it's unlikely the audience reaction would have been as large or as vocal. The technology available at the time made it possible for Holmes' story to be told in a way that enabled readers to join together in community and make their opinions known. And because of that, Sherlock Holmes lives.

So what can the story of Holmes' resurrection teach us about content strategy in the age of social media?

First of all, it tells us something about how technology spreads a story. The printing technologies of the time made magazine reading more widespread and accessible to the point where if a Londoner met a stranger in 1890, they'd have a fairly good chance of discovering that stranger was a fellow Holmes fan. Great stories have existed since the dawn of time, but great stories that became mass-consumed cultural phenomena are pretty recent inventions.

Today's technologies make mass-consumed cultural phenomena common, though. With social media, people can put material on the Internet and, sometimes, become a phenomenon overnight. And content produced in more traditional means succeeds or fails on the basis of what the online conversation surrounding it is. Social media is just the latest iteration in a string of new technologies that have made audience engagement an increasingly critical part of our cultural experiences.

The community aspect also teaches us a lesson. Because Sherlock Holmes was such a widely read story, Holmes fans were able to find like-minded people more easily than they would have in the past. Once they found these friends, they weren't content to just chat about their favorite stories. They formed societies, analyzed the text, and made themselves part of Holmes' world by writing their own Holmes adventures.

Discussing great stories with friends is nothing new, and neither is writing new tales inspired by those great stories. What is new is the scope. And what's even newer is the way that community was able to band together when something happened in the story that they disagreed with, presenting a unified front until the creator bowed to their wishes.

Using Sherlock to Solve the Mystery of Social Media

Today's content creators are no strangers to demanding fans. Everyone has an opinion these days, and thanks to social media, everyone can express them. Usually these opinions just get drowned out in the online noise, but sometimes they make a difference. Fan enthusiasm-driven by social media-is what brought shows like Arrested Development and Veronica Mars back from the dead. And social media outrage has led to the (probably justified) cancellation of more than one ad campaign.

By looking at history, we can see that social media really hasn't changed human nature. People have always been passionate about the things that they loved, they've always wanted to form communities to celebrate those things, and they've always wanted to express their opinions about them. But now the passion, shared culture, and vocal audience that was first seen among the fans of Sherlock Holmes can be found almost everywhere in the world thanks to social media. The question marketers, writers, and brand storytellers need to ask themselves is, how can they take advantage of that passion without risking angering the multitudes?

Not killing off a beloved character is probably a good place to start. 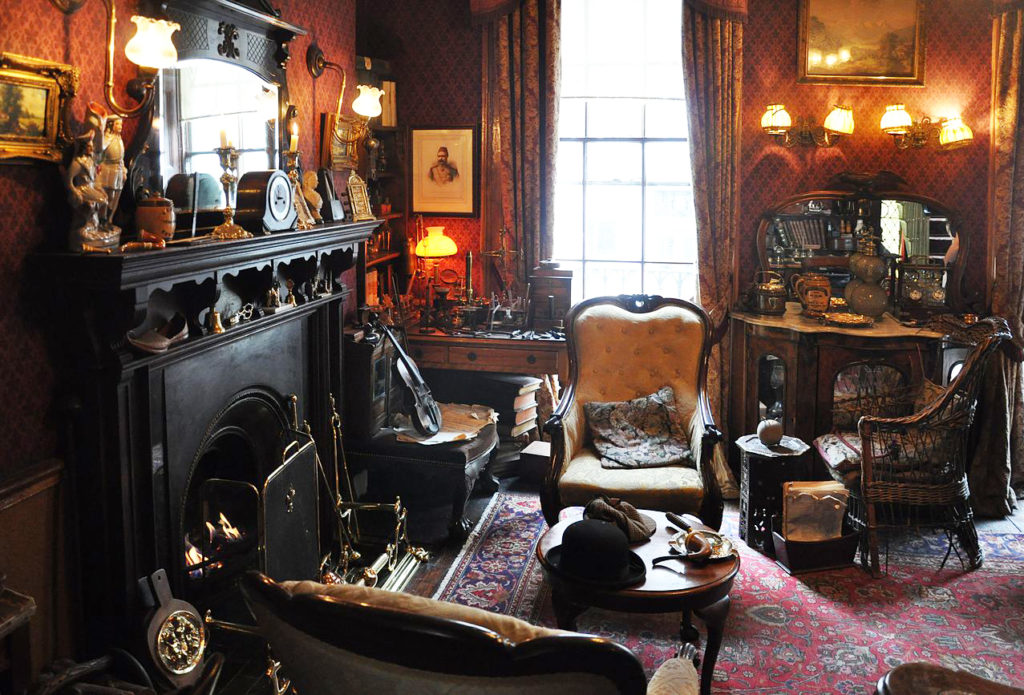