I was walking downhill toward the beach in Provincetown, Massachusetts when it hit me: a postcard advertising a bingo night, flung by a drag queen whizzing past on a bicycle. Skirts flying, jeweled platform heels pumping, and bald head shining in the sun, that promoter remains one of my favorite examples of queer marketing.

But how does speaking to the LGBTQIA+ community differ from marketing toward any other group? With Pride month still in full swing, it's not too late to consider the quirks and sensitivities of launching a queer-aimed campaign.

Three key things to consider when marketing to the LGBTQIA+ community are inclusion, understanding, and authenticity. That triad sounds simple, but each part contains a myriad of identities, desires, and concerns that can be tricky to address.

Even the breadth of the acronym can make a CMO throw up their hands in defeat. How can one campaign reach people who identify as lesbian, gay, bisexual, transgender, queer, questioning, intersex, asexual, and agender (and more)? Rather than feel overwhelmed by the diversity, the best thing you can do is seek out the knowledge to understand what these terms represent.

A small amount of education can go a long way when it comes to authentic marketing. Learning how to use terminology conscientiously ("trans," is familiar shorthand for transgender; "queer" is often embraced by millennials but may still sting for older generations who encountered it as a slur) is a good start. Encourage your colleagues to use resources like the Conscious Style Guide and the GLAAD Media Reference Guide to inform their ideation and storytelling. 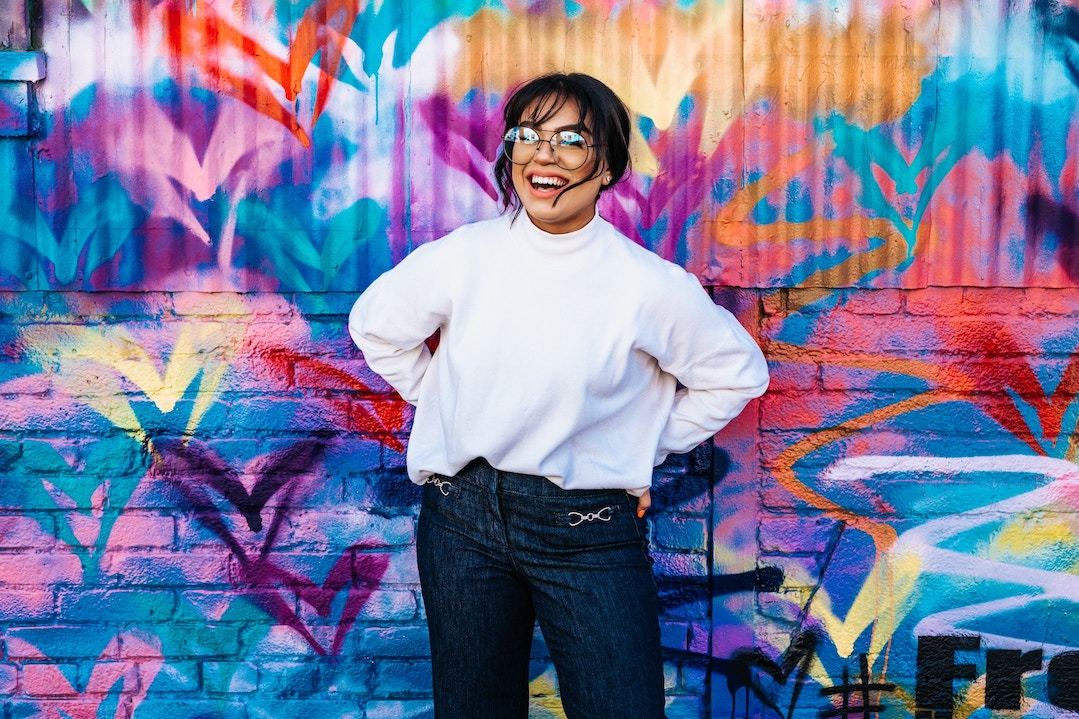 Queer Faces in Ordinary Places: The Importance of Inclusion

Throughout history, the queer community has developed a rich range of symbols and even created its own languages to communicate safely. Embracing those "secret codes" may be why marketing efforts that acknowledged queer identities with a wink rather than a shout have been successful in the past. A piece on Subaru's marketing tactics from The Atlantic discusses how the car company made marketing history in the 1990s when it launched a campaign targeting lesbian heads of households.

But their ad campaign seldom pictured two women holding hands in a hatchback. Instead, it relied on ambiguous outdoorsy taglines like "Get Out. And Stay Out," and hidden jokes like a "P-TOWN" license plate to let gay viewers know that Subaru was squarely on their side. More importantly, Subaru backed up its stories by sponsoring Pride parades and hiring gay tennis player Maria Navratilova as a spokesperson.

Now in the 21st century, companies are freer to tell outspoken stories for and about their LGBTQIA+ consumers. The underwear company Thinx began selling absorbent period panties with the motto "for women with periods," but eventually made the change to "for people with periods" and hired a male model when it realized how many trans men and non-binary period sufferers were adopting the company's products. The change might sound nominal, but it gave a measure of respect to gender-nonconforming consumers in a world where even shampoo is labeled in pink and blue.

Even a small nod matters when it respects a viewer's identity. In its 2018 Superbowl ad, Coca-Cola included the use of "them" as a singular gender-neutral pronoun, and viewers on social media took notice. Trans and nonbinary individuals (who identify as neither distinctly male nor distinctly female) often cannot have their correct gender printed on a driver's license or medical record, but seeing it on national TV represents an incremental step toward change. 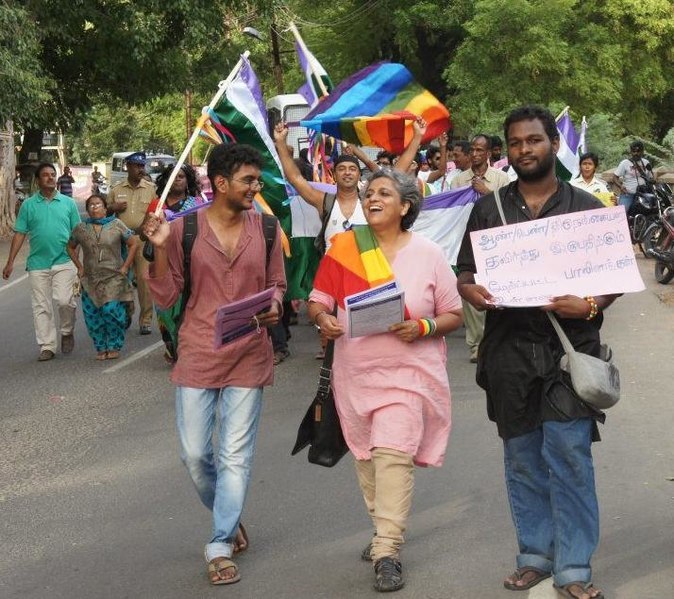 The second consideration for an LGBTQIA+ campaign is how queer people are going to represented in your copy, social post, or video shoot. Key reporting on LGBTQIA+ inclusion from the marketing industry often ignores sectors of the community. When Ad Age selected its Top Ten queer-centric ads of 2015, four out of ten featured a white male couple. Two centered around a white female couple. Only two ads included people of color, and only one featured an openly trans person-who got equal representation with the tenth campaign, a bag of rainbow Doritos.

These numbers are at odds with the reality of being queer in America. According to the last four years of Gallup polls, People of Color are more likely to identify as LGBTQIA+ than white Americans. Survey respondents identifying as women are also more likely to identify as queer than those responding as men (the Gallup poll did not offer more than two options for gender).

Allowing scrubbed imagery of affluent white gay men to pass for commentary on an entire community ignores the issues of intersectionality, the idea that identity and discrimination are influenced by the combination of gender, sexuality, race, economic status, education, and other factors. Queer Pride intersects with Black Pride and Latinx Pride, and embraces farmers, rabbis, and homeless teenagers.

The people who are missing in action in queer-aimed ads are often the same people missing in ads for beer, toothbrushes, and cereal. Butch women, bisexual people, androgynous folks with green hair and body piercings, interracial couples, and young people with leg braces and canes were all a part of my neighborhood Pride block party, but I've never seen any of them in a subway ad. How can we as marketers bridge the gap between being queer on the street (or embracing it) and seeing queer in our magazines and social feeds?

Vicks India's "Generations of Care" campaign took a step toward ending this invisibility in 2017 when the company hired real-life trans activist Gauri Sawant for a video spot. By making the decision to tell Sawant's story through the eyes of her daughter, Gayatri, Vicks acknowledge Sawant's courage in fighting for her civil rights while still presenting her as just another mom.

A large part of Vicks' and Thinx' success is due to having their campaigns informed by genuine queer voices. In an article highlighting the advantages of LGBTQIA-inclusive companies, the Harvard Business Review pointed out that these companies are able to "harness the insight of LGBT employees [sic] to drive market innovation."

If you aim to launch a marketing campaign courting "pink dollars," your efforts are best backed by the support of a diverse creative team that can provide an authentic perspective. If you don't have openly LGBTQIA+ creatives in house, hire some, or at least welcome some new freelancers and consultants.

Nowhere is queer marketing authenticity more visible than in queer-owned "menswear." The number of bespoke and off-the-rack clothing companies specializing in traditionally male suits, jeans, and jackets for non-male people is growing in the U.S. and worldwide. Frustrated by the difficulties that masculine-identified women and trans men often have finding well-fitting and empowering clothes, Vicky Pasche founded Dapper Boi in 2013. Her line's jeans, jackets, and dress shirts feature careful details such as hidden snaps to avoid chest gapping over curves and gender-neutral sizing. HauteButch started in 2015 with a similar idea of marketing "masculine couture for the bosses" to "butches, studs, and tomboys"-all specific identifiers and subcultures within the lesbian, queer, black, and Asian communities.

If this is all sounding like a lot to remember, know that resisting labels is also a valid stance for much of the LGBTQIA+ audience. However, brands risk adding to queer invisibility when their approach is too agnostic. Zara garnered both praise and flak in 2016 for its "ungendered" clothing line, an uninspiring line of gray and beige sweats and t-shirts in generic small, medium, and large sizes. However well-meant the attempt to include nonbinary individuals was, critics panned the co-optive nature and general masculine skew of the campaign.

Well-fitting gray sweatshirts are not a point of contention in the queer community. Well-fitting swimsuits, however, are, and Outplay has recently stepped in with splashy androgynous options for all body types. Their stock includes suit tops with compression options for swimmers who usually wear a binder, the undergarment that helps trans and non-binary people flatten breasts that don't fit with their gender identity. The best part of Outplay's imagery and copy? Its explosion of color and tagline "time to come out & play" implies that anyone living as their true self should be having fun. 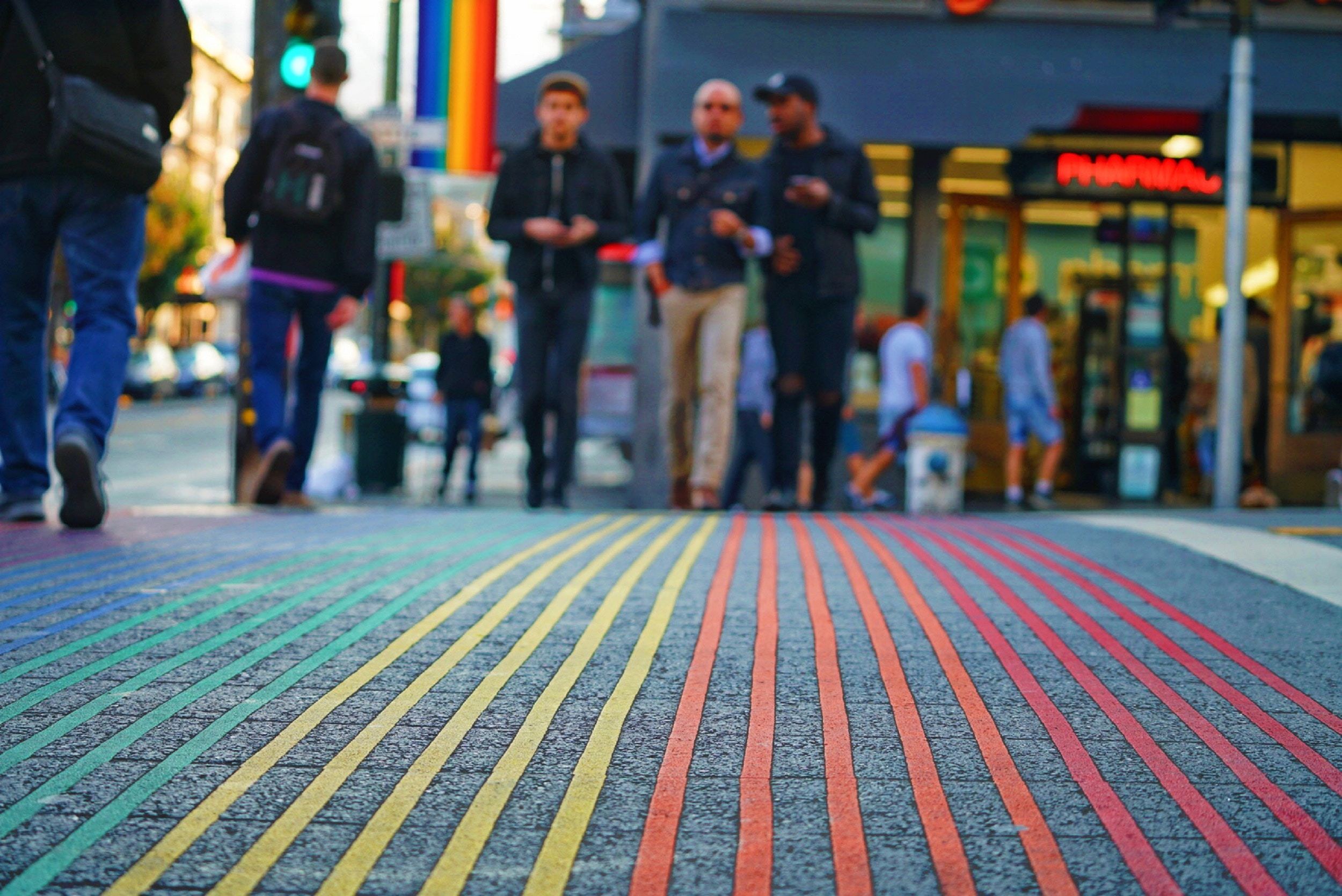 Walking the Walk with Your Corporate Culture

The final pillar of marketing with pride is to carefully consider your corporate culture before embarking on a queer marketing campaign. Acceptance needs to range from everyday benefits to grand-scale corporate decisions. Does your company insurance policy cover same-sex spouses? Do you rely on investors who also fund discriminatory groups or legislation? If an openly trans person started on your sales team tomorrow, would they feel welcome?

Queer inclusion isn't always easy to achieve and requires constant vigilance. Even the Human Rights Campaign (HRC), a powerful organization in the fight for LGBTQIA+ equality, has come under fire over the last several years for its failure to include women, nonbinary individuals, and people of color in its staff and electoral endorsements. Critics such as the advocacy organization Pride At Work have accused HRC of catering to wealthy donors while it fails to address real issues in the queer community like equal housing and gender discrimination. Two notable queer-friendly companies who are excellent examples of how brands can walk the walk are Google and Eastern Bank who have each run recent campaigns advocating for non-traditional family models and inclusive workplaces.

What does all of this mean for the future? If the last five years are anything to go by, the people celebrating Pride this month have a lot of progress to look forward to as marketing widens its outlook.

While there will no doubt be more hiccups and tone-deaf moments along the way, the opportunity to make an audience member feel a little less invisible is one that should not be missed. By showing that you notice queer folks in tweets about soft drinks and underwear, you show us that you might stand up for us when it counts.

So if you want to reach the LGBTQIA+ community, be the drag queen on the bicycle: authentic, friendly, a little funky, and always moving forward.

Meg Boeni is an editor, writer, and illustrator whose work has covered topics from synesthesia to climate change to the art of binding books in human skin. She is also a founder of Outword, Skyword's LGBTQIA+ advocacy group. Meg lives in Somerville, MA. 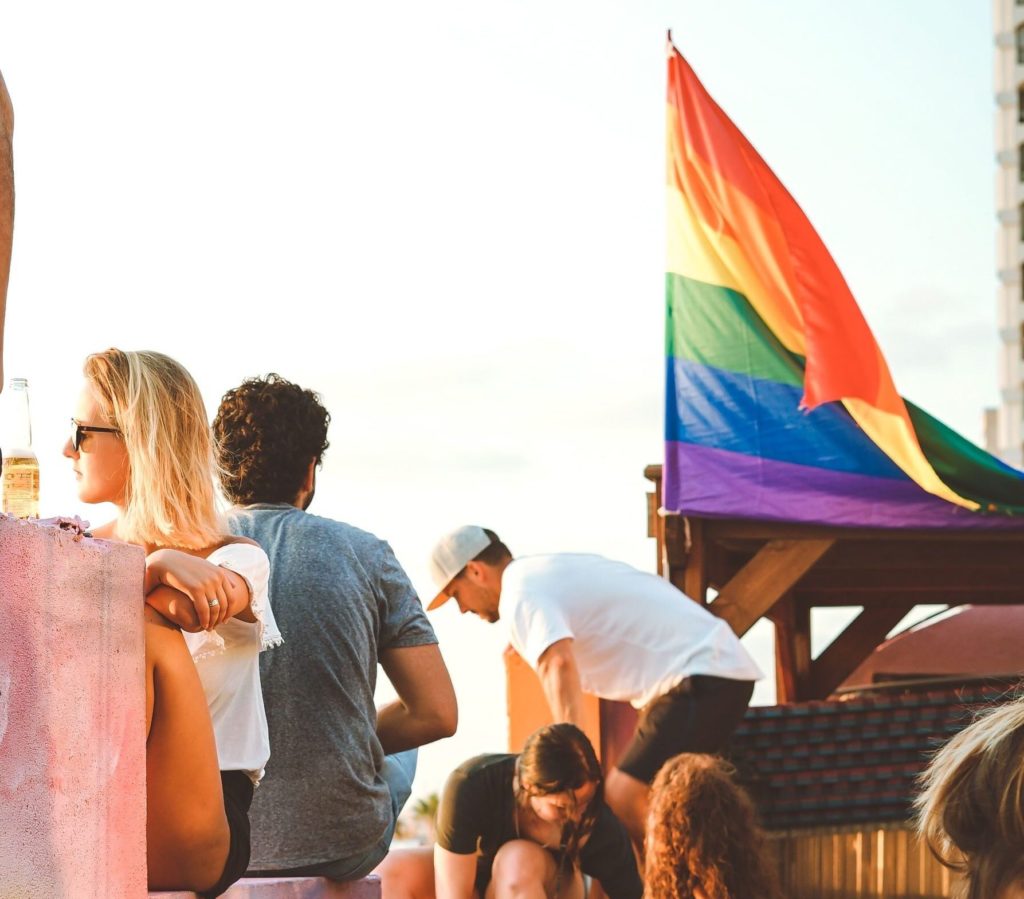