"A brand must be the chief celebrant of its customer community and not its celebrity. Only then will stakeholders engage and amplify a brand story because an authentic one-to-one connection has been made." –Simon Mainwaring

Think about your day-to-day life. What would change if suddenly you and your husband, brother, lover, or son were told the military draft was reinstated, effective today, and all 20- to 45-year-old men were required to enlist? What if the angry mob that marched on your street in protest were full of voices you actually recognized? People you've known for years, chanting their resistance...

Do you make the same coffee you sip every morning? Do you cancel this weekend's plans? With every shout, the uncertainty grows. Then, when the mob turns violent, that sick, fearful feeling settles in to live forever in your memories. You'll never be the same.

Is this really happening?

Forget the weekend's plans. Safety is all that matters now.

This story is not fiction, and the people are not characters. The year is 1863, the city New York, and the news of Gettysburg has just arrived. Many New Yorkers oppose President Lincoln's Emancipation Proclamation and are especially incensed when drafted to fight for the liberty of slaves. Their protests become violent, and shouts turn to blows. The men target government buildings first, intending only to rise up against the city's authoritative powers. When their anger gets out of hand, Wall Street's private business owners must choose to flee or fight. The gun shots? They're coming from 41 Park Row, where the founder of the New York Times, Henry Raymond, and his employees are using machine guns to defend their prized business against rioters.

Talk about a brand story. You can't get more dramatic than that. The role of media, the goals of the government, the sovereignty of human life, and the definition of property—it's all there. You can see protagonists, problems, conflicting needs, antagonistic forces, acts of compassion, volatile circumstances, profits, fear, plot twists, and real-life families. Those things can't possibly fit into a corporate timeline.

That's what a brand's story is for. 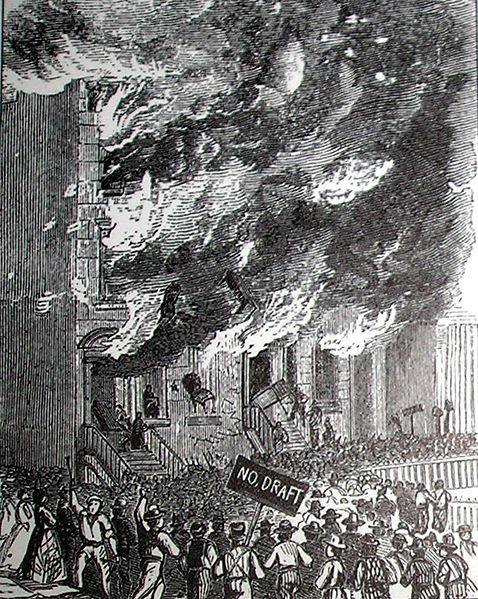 Marketers often fall into one of two traps: the belief that they don't have a good story to tell, or the fallacy that negativity has no place in their brand image. Either way, the result is a flat corporate timeline page that lists things like head count and feature launches next to dull, flavorless historical dates.

A brand's story is so much more than that. And good news: your brand has a great one to tell.

What a Brand's Story Isn't

In 2011 I was delighted to stumble upon a book called Dictionary of Bull****: A Lexicon of Corporate and Office-Speak by Diane Law. It articulated what I'd suspected: that business lingo can be misused to temporarily and conditionally motivate others to feel or act. As an evangelist of storytelling, I fear the phrase "brand story" will soon be misunderstood, or worse, misused. If we don't handle it carefully, it'll end up in the next generation's business dictionary of bull. That's why it's important to establish a few examples of what brand storytelling is not.

It's Not the Cult of the CEO

Few people in the world have earned more awe and respect than Steve Jobs, and many consumers view their pocket-sized supercomputer as an extension of the man himself. Without realizing it, some equate this CEO's story with Apple's story. But if the two stories were truly one and the same, then the company would be in trouble. It would be famous for excellence, sure, but also relational dysfunction, unpredictable anger, biting sarcasm, and broken trust. The man may have been great, but he was still a man. No matter what analysts say, his was not the brand's story. 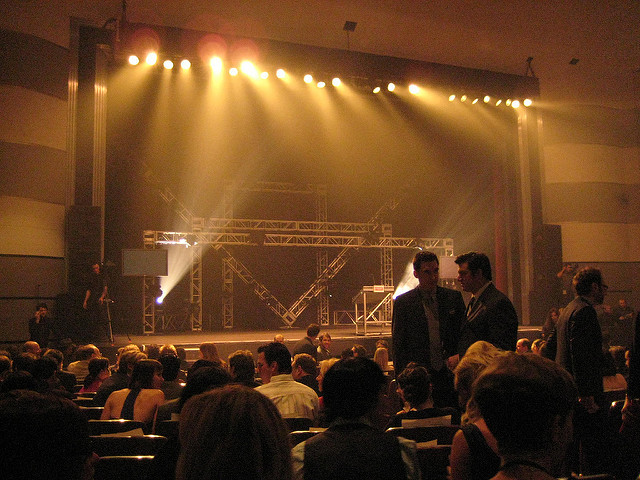 It's Not An "About Us" Page

The "Our Team" page on your website probably ranks highly with regard to page views. It's certainly vital to your brand, and it's a personal favorite of mine on every company's site. But the nuggets included here are not the complete picture.

It's Not a Corporate Timeline

I lifted the true story of the deadly draft riots straight from the "Our History" page of the New York Times. The event is definitely part of the Times’ corporate story, but the list of events under "Our History" is inanimate and one-dimensional. It was only after further research that I learned why men were rioting in the first place, the role of racial tensions, and exactly how the drama unfolded.

It's Not Even an Advertisement

Brand storytelling should be part of your marketing strategy, but the story itself is not conjured up in a brainstorming session. It's organic. Volatile. And when—even accidentally—it reveals your brand in a positive light, you'll feel the urge to publish it everywhere, because that stuff is way better than fiction from an agency. That's exciting. That's when you find out your content writes itself.

Sorry, but a brand's story isn't something that happened. "How we got here" is a great part of your brand's narrative, but it's not the complete picture. Get comfortable with the tension of an unfolding, always evolving story, and you'll start to see your audience ask for more. Yes, it's a little scary, because anything can (and often does) happen.

With that out of the way, it's time to identify and amplify your brand's unique story.

Jeff Bezos is often quoted as saying your brand's story is your company's reputation. Others have said it's how you make people feel. But those are vague, slippery concepts that can be lost in translation as your team tries to demystify the goal. Put handles on the term so it's no longer unclear to you, your people, or your prospects. 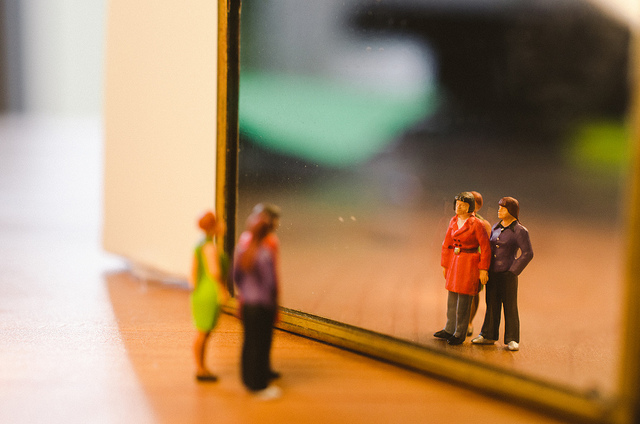 It's Your Internal Culture

Beyond "Our Team," your company culture is the collection of swirling histories, familial habits, and hospitable grace that plays out every day in cubicles and hallways. "Laughter leads to running jokes, and running jokes lead to a shared history, and a shared history is culture," writes Scott Berkun in The Year Without Pants: WordPress.com and the Future of Work. "What is a friend, a brother or sister, or a partner but someone you share important stories with?" Encourage friendly rivalries, personality quirks, and unlikely relationships within your company and between vendors. Before you know it, stories emerge—good ones, too. Every little legend contributes to the solidarity that builds an entire brand's story.

It's not your mission, vision, or purpose, but the cause you stand behind. When PepsiCo flubbed a recent short film ad, I disagreed with most critics as to why the campaign failed. People accused the brand of exploiting pain, glamorizing protests as parties, and muting honest issues. I disagree. I believe this was simply a late adoption of an important cause in the hopes of steering the brand's story. With a brand cause that has always been expressed as "The Joy of Pepsi," "More Happy," and "Chill Out," it's no surprise the recent ad was tone-deaf.

But what if PepsiCo had instead always been vocally involved in the gravity of racial equality movements and rights marches? Mentally replay the whole ad with that more serious context, and the video isn't as tasteless.

Need a few uplifting examples? Check out Ikea’s work in Greece to restore dignity to refugees who would otherwise be living in tents after fleeing their homes. The brand has been elbows-deep in the refugee crisis since 2010, so when the mass exodus intensified in 2015, their story was already halfway written. They were natural players with authority to speak.

Expedia is another source of inspiration. Their Gift Matching and Volunteer Grant programs pay employees to work at nonprofits and donate double their income. Who is better poised to lead a national discussion about volunteering?

Don't confuse this with cause marketing. Instead, let it clarify your own company's story by encouraging everyone to rally around a cause and stick with it for years, regardless of how you'll benefit and without a thought to the instability of the headlines. Concentrate your philanthropic outreach on one cause, not every proposed relay race or bake sale that your most civic-minded employees propose. That way, when the topic is suddenly in the news, your brand is already a vocal player.

It's Your Local Community

Every brand wants to have a global mindset, and that's healthy. The ability to think universally is an asset that can blur cultural lines and plow through geographical road blocks. On the other hand, the grandmothers living in your headquarters' neighborhood are also an important part of your brand's story. The savvy marketer will embrace the local community, thus elevating the people impacted by an enterprise's presence.

It's How Other People Benefit From Your Voice, Product, or Service

People don't trust brands, they trust other people. That's why when you launch and sustain a long-term content marketing campaign with personality, trust grows. Consumers begin to see your brand as a friend. If your product or service delivers what it promised, great—if your voice builds a relationship, even better. Because relationships are stories. And like the single strands of fiber woven to make a thick, capable rope, one big brand story is made from those small, tangled, often overlooked storylines.

Experts say you should keep your brand's story simple. I say good luck with that. The better idea is to keep your corporate timeline, your "About Us" page, and your "Our Team" headshots simple, since those are within your control. When you combine those traditional pieces with the elements described above, you'll have a living, breathing brand narrative that is anything but simple.

One that won't need a weird video ad (or a Gatling gun) to defend it. 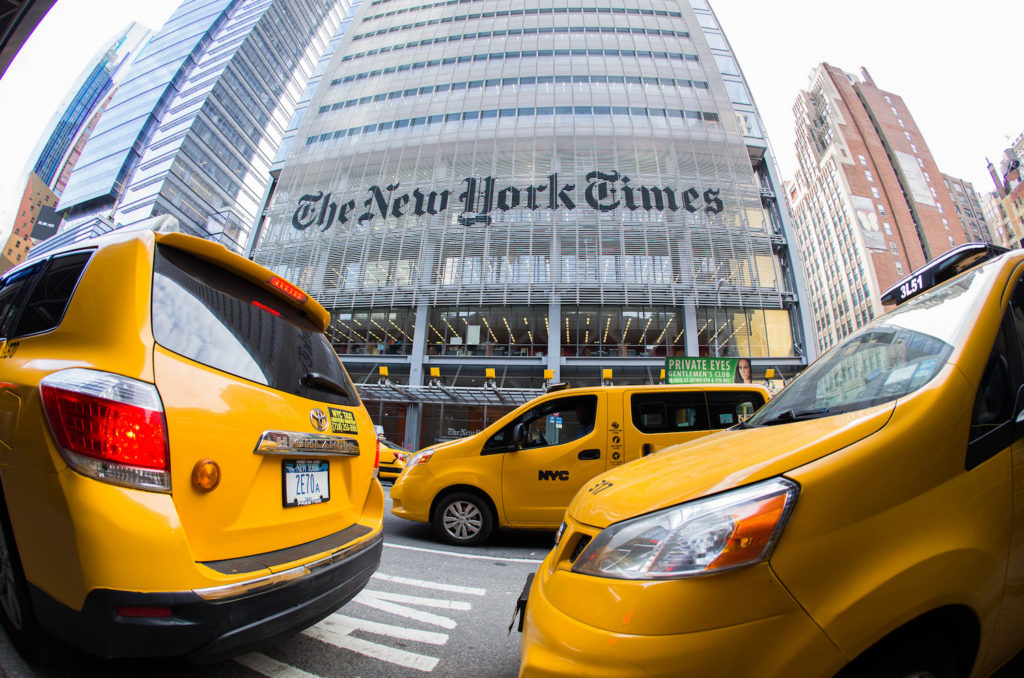