Whether it's the Americans and the Soviets, the Bloods and the Crips, or the Jedi and the Sith, there is something enigmatic about the world's great rivalries. There's no shortage of these in the pantheon of brands, but only a fraction of them are true duopolies-we have Boeing and Airbus, FedEx and UPS, MasterCard and Visa, and-perhaps most iconic of all-Coca-Cola and Pepsi.

What makes the Coke–Pepsi duopoly so interesting is that their products are functionally identical. They are brown, cola-flavored, sugary, carbonated beverages. They don't even taste that different. So why do these virtually identical products generate such intense brand loyalty? 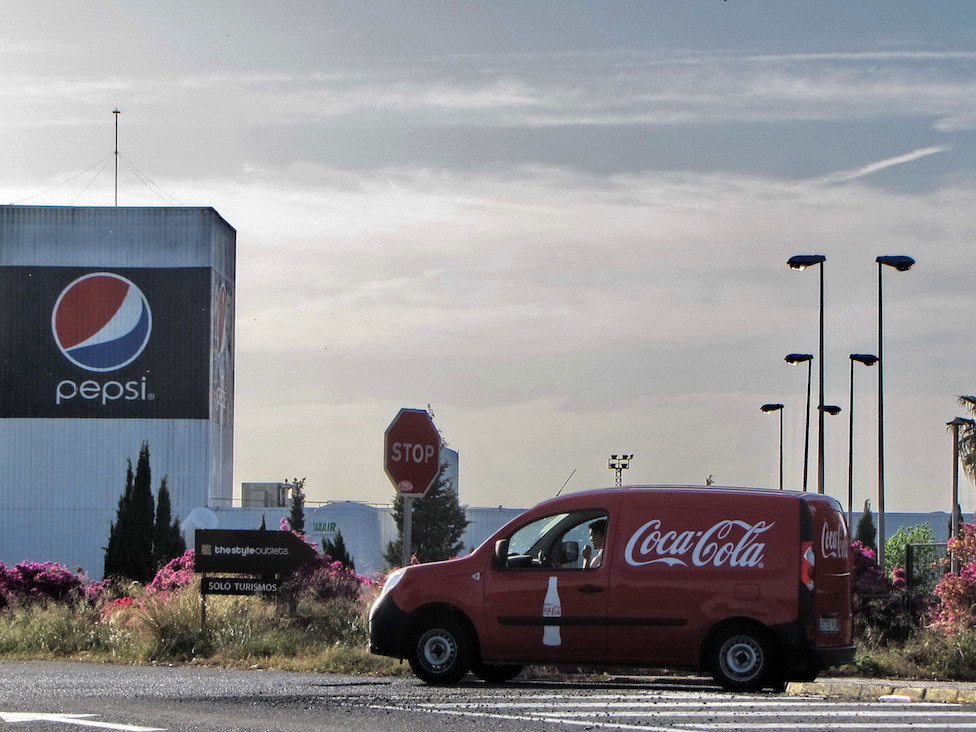 In 1985, Coca-Cola introduced New Coke, which is now a cautionary tale on the dangers of tampering with a well-established brand or product. But why would Coca-Cola risk such a thing? In 1975, Pepsi launched the famous Pepsi Challenge. In malls and other public places, people were given two unlabeled cups of cola, one Coke and one Pepsi. The majority preferred Pepsi in the blind tests (although there is some debate about the legitimacy of the "sip" test). Coca-Cola performed their own tests and discovered the same thing. Meanwhile, Pepsi was closing the gap in terms of market share. Since Pepsi is sweeter than Coke, the logical thing to do was come out with a sweeter drink. This was New Coke.

It backfired horribly. The public were not happy and Coca-Cola returned to the original formula with their tail between their legs. Sounds like a win for Pepsi, right?

While people might prefer the taste of Pepsi during a blind test, they actually prefer Coke in a non-blind test-that is, when they are exposed to the Coca-Cola branding. This is the "Pepsi Paradox." A study from the University of South Carolina found that compared to Pepsi, Coca-Cola branding elicits more intense processing in the emotional center of the brain, which may contribute to Pepsi being the eternal challenger brand.

Coke has a built-in advantage over Pepsi. It is the original cola drink and their branding never lets us forget it. Their imagery and messaging is full of nostalgia. Santa Claus as we know him today owes his fat, jolly, wholesome, red and white existence to Coca-Cola. They use the very sameness of their product-over time as well as across cultures and social classes-as a virtue. According to Kate Santore, Coca-Cola's head of content, what makes Coke special is that "a coke is a coke is a coke": so much so that Coke is one of those lucky brands that has become a generic term. (Rum and Pepsi anyone?)

As we saw with New Coke and the Pepsi paradox, there'd be little point tweaking the formula. Pepsi is not up against a better-tasting product but powerful brand storytelling from a well-established brand. What brand story can Pepsi tell to differentiate itself?

In the late 1980s, my parents allowed me to drink cola. They had no clear preference (anything to shut me up) so they let me choose. So how did I choose? Taste had nothing to do with it. Little did I know but at that moment the Cola wars were being fought in my imagination. I could feel that Coca-Cola and their swirly loops was "the original" and represented tradition, reliability, and the past. This was the era of Coca-Cola Classic, the brand's attempt to win back the public after their New Coke debacle. Pepsi, meanwhile (this was the time of the Pepsi–Michael Jackson partnership and "the Choice of a New Generation" campaign), represented the future. So how exactly did Pepsi claim the future?

If logos are the gateway to a brand and its story, then it's clear that Coca-Cola and Pepsi have very different stories. The Coca-Cola logo has remained virtually unchanged since its inception in 1887. The Pepsi logo, however, has undergone a whopping eleven changes in its 110-year history, some of which are presented in the graphic below.

As you can see, for the first few decades of its existence, the Pepsi logo was remarkably similar to Coca-Cola with its flamboyant script in red. The first big change came during World War II where, in a patriotic move, they introduced the red and blue colors and the iconic Pepsi Globe, which remained virtually unchanged until 2008. The introduction of blue was a major turning point in their brand differentiation. Blue is an interesting color in terms of food and beverage marketing. Zoologist Desmond Morris suggested that humans have a "curious reluctance or aversion to eat blue foods or drink blue drinks." Blue is in fact a hunger suppressant while red stimulates appetite. There are very few naturally blue foods out there. But for snack food, the rules are different. We all remember the introduction of blue M&M's by popular vote in 1995. Blue food, and blue packaging for food, is "futuristic" because of its artificiality.

Since World War II, blue has been a permanent feature of the logo, even though the hue and quantity of blue has changed. In fact, the current packaging is becoming more blue with each iteration.

Perhaps more striking are the changes in the lettering-from Coca-Cola imitation to block capitals to elliptical lower-case lettering. Pepsi's brand story of laying claim to the future, of being up-to-date and fresh, is well-told in its lettering. Whereas Coca-Cola can't change their lettering, Pepsi has the freedom to reinvent themselves every decade or so.

From Santa Claus to the logo, we've already established how Coca-Cola has the past covered in their branding. Their messaging is no different. A selection of their tag lines show just how well they tap into that warm, fuzzy, timeless feeling.

Feeling thirsty yet? Not so fast. Since the 1980s, Pepsi has used their slogans to seize the moment, the youth, and the future.

While Coca-Cola leans to the past and that reassuring familiarity, Pepsi leans forward in an attempt to capture the young before they create those warm and fuzzy Coke associations. But logos and slogans aren't the whole story. In the early '80s, Pepsi had another secret weapon.

Major celebrity endorsements are now so commonplace we take them for granted now, but in the early '80s, this was virgin territory. In 1983, then-Pepsi CEO Roger Enrico signed Michael Jackson in a $5 million deal that would permanently change the brand landscape. The resulting ad that came out in 1984 featured the King of Pop himself singing (to the tune of "Billie Jean" no less) the lyrics "You're the Pepsi generation/Guzzle down and taste the thrill of the day/And feel the Pepsi way."

The album Thriller, which became the best-selling album of all time, was still fresh in people's minds. And Michael Jackson was not, say, Frank Sinatra. With MJ's music, videos, singing, and dancing, he was innovative and contemporary-the perfect choice for the new generation. Since then, Pepsi has partnered with the likes of Beyonce, Britney Spears, and Pink, who appeared in this 2004 Superbowl ad together. Wait, was that Enrique Iglesias?

I won't claim that either Coke or Pepsi has won the Cola Wars, but the war is perhaps over since both brands are now going beyond "cola" and focusing on expanding their product ranges. But the fact that Pepsi survived and thrived for so long is a testament to their tenacious brand storytelling and their strategy of looking to the future. 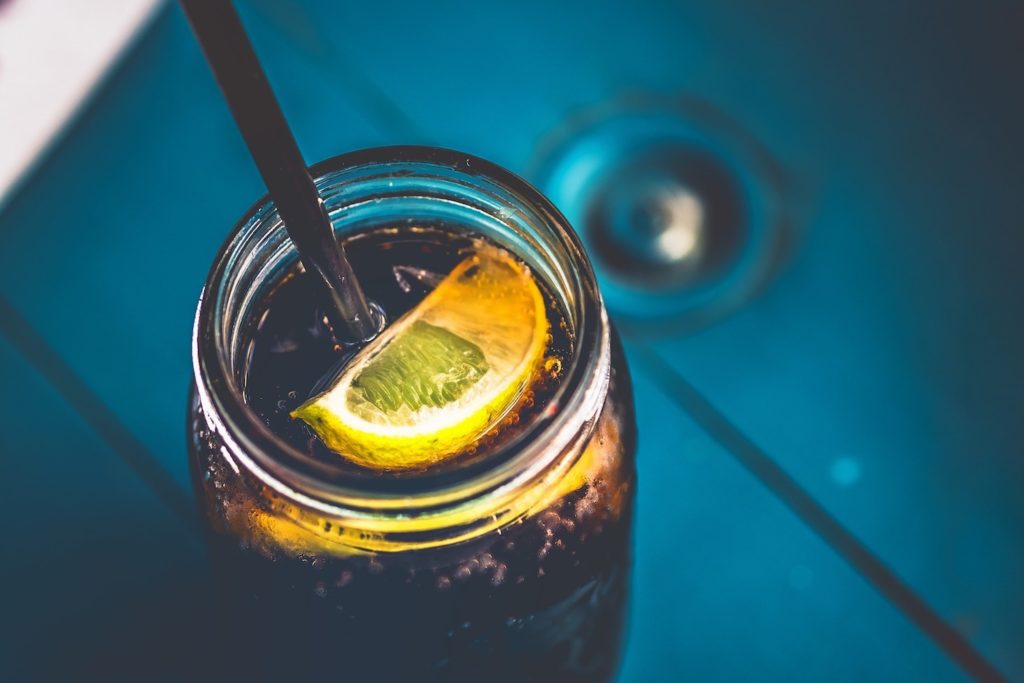