If all the news seems negative these days, fear not: Your favorite brand has you covered.

From inspirational videos to long-form stories, brands are crafting powerful, positive marketing content to help chase away the negativity and build an emotional connection with their target audience.

The more inspirational and motivational the message (brands hope), the stronger the response from the audience. And it's not just big brands aboard the positivity train. Media publishers, B2C and B2B companies, social media influencers, and thought leaders are tapping into our human desire to be inspired and moved through stories and images.

No doubt you too have seen content (branded or not) that made your heart swell. When deployed correctly, positive marketing can give your audience "all the feels" and foster the emotional connection that drives loyalty and better brand perception. Through the power of inspirational marketing, brands can grow their audience and encourage interaction. But brands should be careful, too. Going overboard on the positivity could risk seeming too saccharine to be authentic.

The Psychology Behind Inspirational Marketing

Studies show that even just looking at cute pictures of baby animals can have powerful cognitive effects. In a study conducted by scientists from Hiroshima University in Japan, researchers found that viewing cute animal images actually improved performance on detail-oriented tasks, as reported by the Association for Psychological Science.

If simply looking at baby animal pictures had that kind of a psychological affect, imagine the impact an empathy-inducing, emotionally inspiring story might have. In testing this idea with short, emotionally engaging videos, researcher Paul J. Zak found that inspiring stories with a strong dramatic arc caused an increase in oxytocin-a hormone associated with human bonding-and feelings of empathy. In other words, people have a real physical and psychological response when they see an inspiring video. Moreover, those feelings carried over into action. People in the study were more likely to send money to a stranger in need after seeing the emotional video, according to the researcher.

The use of positive vibes in marketing campaigns is nothing new, of course. For the quintessential use of cute animals to great warm-and-fuzzy effect, look no further than Budweiser's 2014 "Puppy Love" commercial, voted the top Super Bowl commercial of all time in a study by TiVo. In the heartwarming spot, a puppy befriends a Clydesdale horse and repeatedly attempts to escape the kennel to find his friend.

The reason why the spot works isn't just the presence of animals (even if they do help significantly). It's the emotional story-the dramatic arc-behind the furry actors that pulls the viewer along, fostering those positive emotions, building empathy, and creating an emotional experience that sticks with the viewer.

For brands, engendering this emotional response is crucial. Studies show that consumers primarily use emotions, rather than information, to evaluate brands. Positive emotions have more influence on consumer loyalty than brand attributes alone, according to Psychology Today. Using content marketing to share emotional stories is one way brands can achieve this emotional connection with consumers.

The Power of Positive Marketing: Examples

Brands that can use stories to tease out emotional responses can set themselves apart from the crowd, build consumer loyalty, and foster emotional connection. Such stories also provide a respite from the negative news cycle.

The Washington Post, for example, created a newsletter called "The Optimist" to bring feel-good, hope-against-the-odds stories to subscribers once a week. "Our hope is that it offers a reflective, inspiring experience that will help readers consider new things and gear up for the week ahead," said David Beard, Optimist editor, in a story by Images and Voices of Hope. Stories include a profile of an eighty-one-year-old flight attendant, an article about the power of Luke Skywalker to restore touch, and (of course) the adorable story of a cat that kept sneaking into a library, complete with pictures. 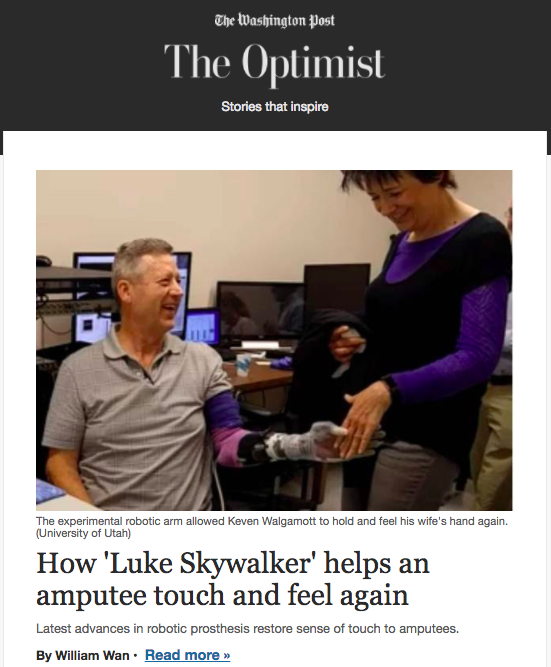 Launched in 2014, the newsletter is the Post's antidote to negative news. Email newsletters-a content delivery system now back in vogue-are one way brands can spread positive stories and allow readers to digest them as they have time.

In the branded content arena, Starbucks, no stranger to the content storytelling game, has invested heavily in inspirational marketing through video content. Its Upstanders series highlights positive stories without screaming "Starbucks," although the brand certainly would welcome any positive perceptions as a result of the series. The most recent season of Upstanders features "11 stories of courage and humanity happening in communities across America every day," according to the company. One story, for example, features a first responder who is working to help others combat post-traumatic stress.

Each story features a video, a long-form article, and high-quality photos. Part documentary, part magazine, Upstanders positions Starbucks as the place to find unique, untold stories about unsung heroes. The numbers indicate the campaign is resonating. Upstanders has penetrated the top echelons of brand videos, earning nearly 15 million views, according to Ad Age.

Positivity comes in lower-budget packages, too. On Instagram, users can find hundreds of inspiration-minded accounts, each dripping inspirational messages one post at a time. Account @happsters uplifts nearly 100,000 followers with "happy quotes + cute puppies on Fridays." Celebrities, social influencers, and brands often join this inspirational fray, regularly posting their own motivational thoughts and messages to followers.

Is There Such a Thing as Too Much Positivity?

The above examples show that even if your brand doesn't have a baby kitten on the payroll, there are many ways to share positive, inspirational marketing content. Highlighting the positive stories of customers and employees, or the impact of your work in the community, can be an excellent starting point to including more positive content in your brand's story. There's just one catch: It has to be authentic.

A great, inspiring story can be ruined if it feels too fake or forced. Stories that are too saccharine or sickly sweet might end up failing to connect with consumers, especially if such ploys seem manipulative.

B2B company Caterpillar created a stellar series of videos for its "Built For It" campaign. Many of the videos focus on the really cool things Caterpillar machinery can do (check out this giant game of Jenga if you want to be amazed). As part of the same campaign, the company also created inspirational content about how its products facilitate needed projects in the developing world. Its video story "India | Spreading Joy" focuses on how Caterpillar equipment helped build a playground at a school in India.

The imagery of children at school is evocative; the mission is important. But toward the end of the video, things get a little over-the-top. A grateful child ties a bow around the giant machine-and then gives it a hug. Another child ties a friendship bracelet around a door handle. Is this good storytelling? Or is it tugging a little too forcefully at the heartstrings, especially when the story was so powerful on its own?

Remember, your audience is savvy. People love a good story-even a clichéd story-but the story still needs to be believable. Looking back at Starbucks' Upstanders, the series is impactful because the people featured are human. They may be imperfect, but they are heroes nonetheless. The power of positive marketing doesn't come from the fact that it portrays a perfectly positive story. Rather, it's the drama of that story-inspiration, hope, perseverance through difficulty-that leaves that heart-warming feeling that lingers. 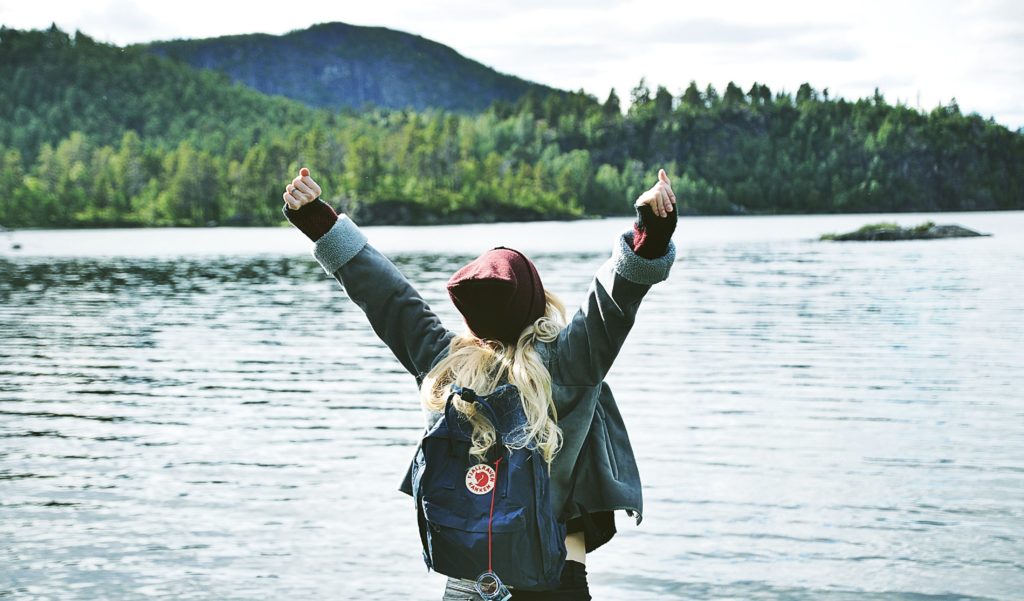