Brands have long known that the more personalized they make content, the more effective it is in engaging people. New research shows that the psychological effects of behavioral targeting might be a lot stronger-targeted ads may actually change how users feel about themselves, in addition to driving purchasing behavior.

The effects hinge on whether we perceive such ads to be targeted specifically to us and our characteristics, as Ohio State University researchers Rebecca Walker Reczek, Christopher Summers, and Robert Smith wrote in the Journal of Consumer Research. Serve a user an ad for a "sophisticated" product, and the user-knowing such ads are personalized-may actually feel more sophisticated herself. That, in turn, could lead the user to become more interested in the brand serving up the ad.

This new twist on behavioral targeting psychology has interesting implications for marketers. Brands may gain loyalty when users get feel-good vibes from branded content, but doing so requires that brands confess to using behavioral tracking-something that might cause some privacy-minded users to balk.

The Ohio State University researchers conducted multiple experiments to reveal how users react to ads that they know have used behavioral targeting. In one study with undergraduate students, the researchers found that participants were more interested in a Groupon for a "sophisticated" restaurant when they thought the ad was targeted based on their browsing habits. On the other hand, participants who thought the ads were targeted based on age and gender (e.g. not browsing) were not as interested in the Groupon.

After seeing the ad, the effects lingered, a third experiment suggested. The researchers found that after receiving a targeted ad for an environmentally-friendly product, participants identified themselves as more "green" and reported being more willing to purchase the product and make a donation to a pro-environment charity.

The researchers did find one limitation to the effects of such ads, however. Targeted content has to be at least somewhat accurate, otherwise it won't have an effect. For example, the researchers showed participants ads that positioned hot chocolate as good for the outdoors. Participants who had expressed at least some interest in the outdoors wound up feeling more outdoorsy because of the ad, and more likely to purchase the hot chocolate. But if they did not have an interest in the outdoors at all, the participants didn't experience the changes in self-perception or the increased urge to buy the product.

All of these studies occurred in a controlled environment. In the real world, the effect might be even greater. That's because the ads used in the study were not actually based on participant's behavior-the participants were only made to think that they were. So, in a real-world scenario when an ad is targeted to match the consumer's past behavior, and the consumer realizes that he or she has been behaviorally targeted, the effects could be stronger. On the other hand, if consumers do not realize they have been targeted, the effect is lost.

However, if the researchers' premise holds up in the real world, users will need to be aware they are receiving targeted ads in order to experience the effects discovered by the researchers. Certainly, a large swath of users recognize that their data is being used to help advertisers reach them more effectively-indeed, the rise of ad blockers is due, in part, to privacy concerns about user data and advertising.

But even if users know that digital ads are targeted, generally speaking, it's hard to tell whether they are consciously processing that fact every time they see a specific piece of targeted content. We do know that personalized ads tend to be effective. Seventy-one percent of respondents in a recent Adlucent study preferred ads tailored to interests and shopping habits. Additionally, the study revealed that users were twice as likely to click ads featuring unknown brands if it was tailored to their preference.

What are the takeaways for marketers? First, marketers should be aware that the impacts of campaigns that use targeting may go beyond CTR and conversion rates and actually change consumers' perceptions of themselves. Brands with strong personality traits-sophisticated, adventurous, fun, smart, etc.-may earn more benefit from targeting, the Ohio State researchers suggested.

Consider this sponsored content from women's clothing retailer MM.LaFleur. The content appeals to the smart, intelligent, professional woman-the type of woman who wants to look chic and put-together at her job without much fuss. Women who see the ad envision themselves with those characteristics and may be more likely to buy. 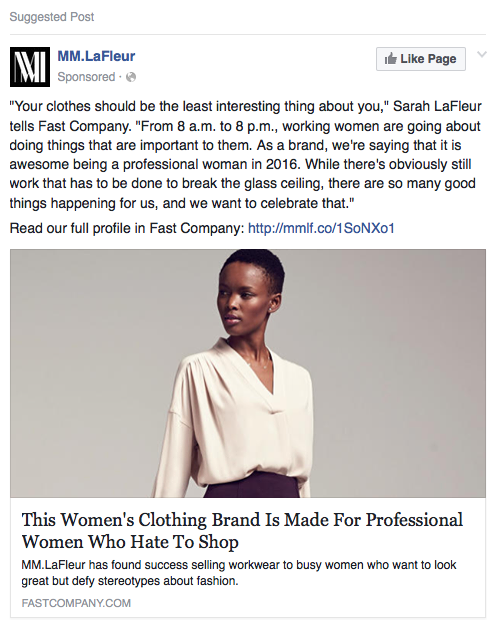 A second takeaway is somewhat counterintuitive. Making consumers explicitly aware that an ad is the result of targeting may have benefits. As the researchers found, only when users realize they are receiving behaviorally targeted ads do the self-perception effects kick in. That means that brands have room to reference targeting more creatively when serving up targeted content and ads. For example, a tourism agency might create behaviorally targeted content with a message like, "we get that you like adventure. Embrace your wild side when you visit (insert location)."

The Creep Factor and Other Risks

Pulling the curtain back on targeting isn't without risk, however. Consumers are sensitive about how their data is used to create targeted ads. Only about 30 percent of consumers would respond to an ad that uses their first name, Adlucent found. Only 8 percent want to provide info to advertisers on life events like the birth of a child or a marriage. Get too personal, and consumers are turned off by the creep factor.

The Ohio State researchers also caution that the self-perception effects may end up aiding a brand's competition. Sure, an ad may make a user feel more outdoorsy-but is that any guarantee they'll buy from your brand and not the competition?

If nothing else, the research suggests that transparency about how targeted ads are used can benefit consumers and companies alike. Brands should label targeted ads as such to help consumers understand when they're seeing tailored content. At the same time, consumers should have control as to how their data is used.

As more people recognize how they receive ads, they may be more receptive to messaging that impacts how they feel about themselves (and the brands serving such ads). Those effects could spill over to sponsored content and native ads, too. 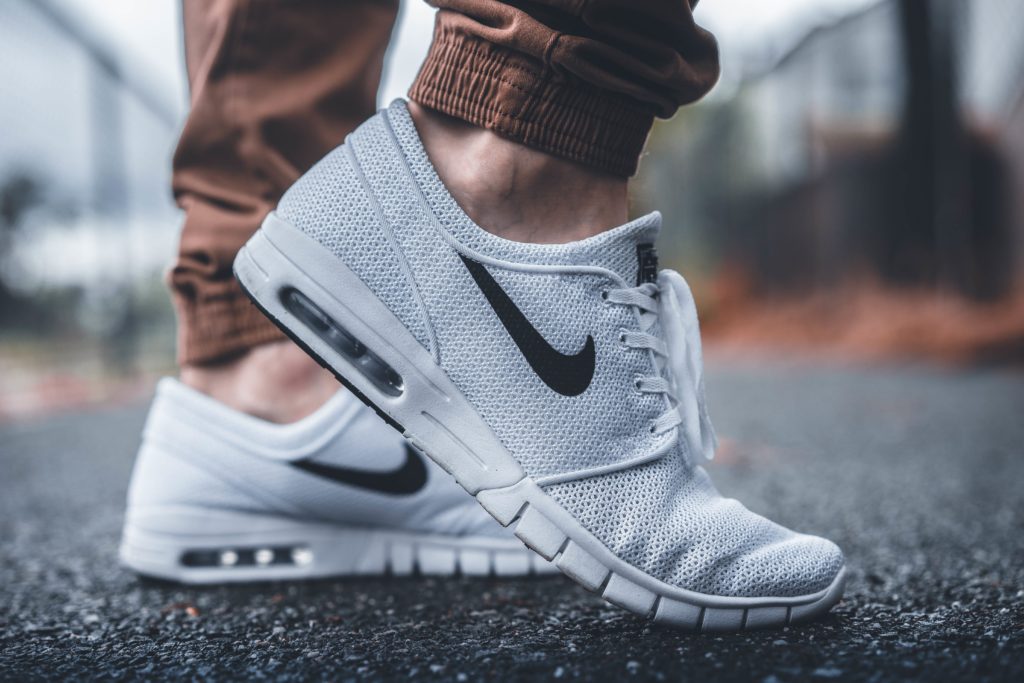