In my lifetime, there have been two major political rebranding campaigns in the UK-one from Tony Blair's New Labour (not a typo, that's how we spell it) and one from David Cameron's Conservatives. These telling examples of successful rebranding campaigns had a lot in common although there were some key differences. Before we look at these efforts across the pond-and what marketers can learn from them-let's revisit what wins elections in America, my adopted home: branding.

The Marketing of Politics

In 1960, the first ever televised debate between JFK and Nixon would forever change the way Americans elected their leaders. While the radio audience thought Nixon had won, the largest television audience in history gave the victory to the telegenic senator JFK. He had won the "visual" debate.

(Interestingly, Hillary Clinton recently pointed out that Trump may have won their visual debate: "If you watch with the sound off . . . he was very dominant.")

The line between electoral politics and marketing is increasingly thin. Beating brands like Apple and Nike, the Obama campaign won several marketing awards, including the two top prizes at the Cannes Lion ad awards and Ad Age’s marketer of the year.

It's not just the US: British political parties are marketing-savvy too.

The Rebranding of UK Politics

In 1994, Tony Blair inherited a party that had lost four elections on the trot. Blair had the unenviable task of transforming the Labour party into an electable force. Against the odds, he rebranded the party as New Labour and-piggybacking on the phenomenon of "Cool Britannia" -he made the party not only electable for the first time in almost two decades but also cool and in 1997, they defeated the Conservatives in a landslide.

Fast forward to 2005, David Cameron achieved a similar feat when he rebranded the Conservative Party. By embracing modernity-the Internet and the environment-he brought his stuffy, old-fashioned party into the twenty-first century, becoming prime minister in 2010 and ending thirteen years of Labour rule.

Even though there are many parallels between the campaigns-cool, fresh-faced leaders, a distancing from the old brand, and an apparent shift to the center-there are also important differences, and marketers would do well to learn from what the political rebranding campaigns had in common and what they didn't.

The union-backed Labour Party was in power during the late 1970s, but by the winter of 1978–1979, the government was facing widespread strikes from public sector trade unions over plans to limit pay rises in an attempt to curb inflation. Due to the strikes, there were miles-long piles of garbage in the streets of London's famous West End, attracting swarms of rats. Gas stations were closed across the country. In Liverpool, gravediggers went on strike and dead bodies were left unburied. That winter became known as the Winter of Discontent.

There was a perception across the country that something wasn't working. For Margaret Thatcher, the new leader of the Conservative Party, this was her opening. Her slogan, Labour Isn't Working, rang true. One senior Conservative official even claimed that the poster had "won the election for the Conservatives." 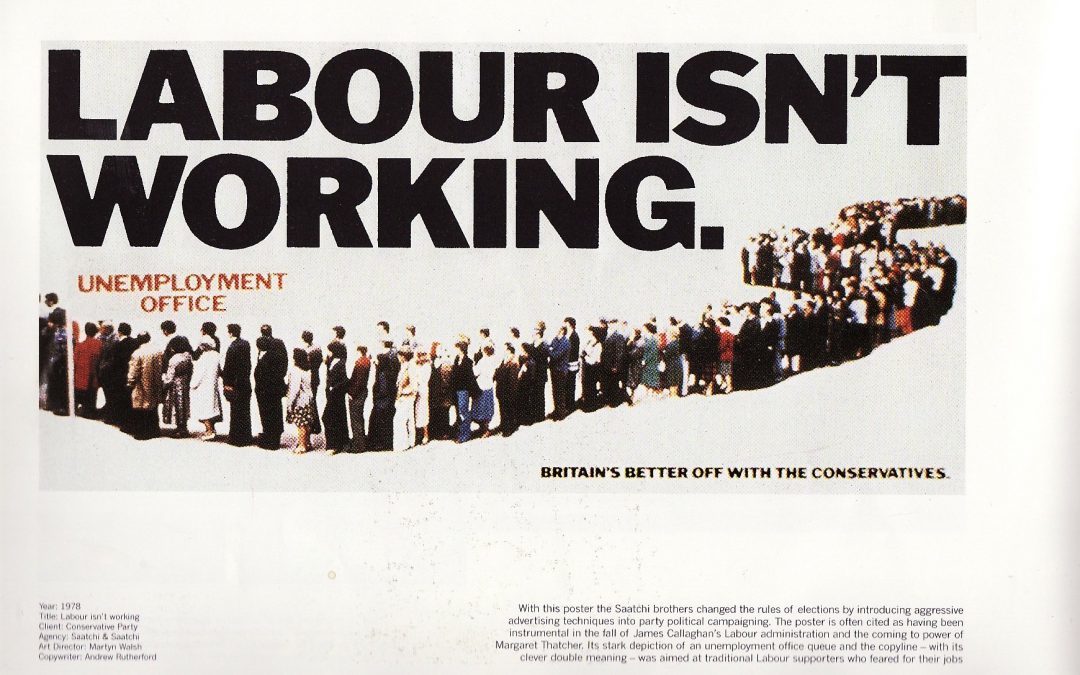 In 1979, Thatcher won a landslide victory and became Britain's first female prime minister. Voters found it hard to forget the smell of garbage, the thought of unburied bodies, and millions of rats, and Thatcher won two more elections and was prime minister for eleven years. Following a leadership challenge, she was succeeded by John Major in 1990. Taking the reins during a deepening recession and rising unemployment, Major campaigned on the streets (literally standing on a soapbox) and won a surprise victory in 1992, the Conservative's fourth in a row. This was surely the end of Labour's political brand. Or was it?

How did he do it?

When Blair became leader of the Labour Party, he understood that his predecessors' attempts to communicate the party's modernization to the public were simply not sticking. The Labour brand was just too damaged. Something fundamental had to change. Let's call it New Labour, he thought. What better word to communicate modernization (and fairness: think "New Deal")?

Tony Blair was young and telegenic. He played electric guitar (like Bill Clinton played the saxophone). He was able to articulate his vision of a "New Britain"-and a forward-looking party that understood the needs of the financial institutions as well as the most vulnerable in society.

Blair was able to read the mood of the country. In the mid-90s, there was a blossoming sense of pride in British culture. There was Britpop-reminiscent of the British Invasion and Beatlemania of the 1960s-with bands like Blur, Pulp, Oasis, Suede, and even the Spice Girls on the radio. We had a thriving art and fashion scene with the likes of Damien Hurst and Alexander McQueen. The economy was motoring along. The millennium was approaching. There was a growing sense of optimism. This brief moment came to be known as "Cool Britannia"-though I'm not sure that this political broadcast can rightly be described as cool:

Embodying this Cool Britannia was Tony Blair and his New Labour. But apart from the name and the leader, what was so new about it?

When Blair became leader, he challenged and ultimately amended clause IV of the Labour constitution, which was viewed as the party's commitment to socialism. The "clause IV moment" signaled New Labour's shift in values away from socialism towards the "center," embracing the so-called Third Way politics-equivalent to Bill Clinton taking the Democrats to the right. This change in policy showed that Labour's rebranding was more than cosmetic. The party had something new to offer the political consumer, i.e. the voter.

Together, the new name, the new leader, and the new policies convinced the British electorate that the once-damaged "old" Labour Party had changed for the better.

The Conservatives entered the political wilderness. By October 2005, they had lost three elections and had seen three leaders resign. The Conservatives had become a damaged brand of their own. In 1992 there had been so-called "Black Wednesday," when Britain came crashing out of the European Exchange Rate Mechanism. Sex scandals rocked the party. Also, in comparison to Blair's New Labour and their centrist ideology, Conservatives were perceived as elitist and out of touch. They needed a "Blair" to lead them out of the wilderness.

Enter David Cameron, who at age 43 (the same age as Blair and JFK when they came into power), became prime minister, ending thirteen years of New Labour.

How did he do it?

Cameron-like Blair, Clinton, JFK, and Obama-was young, telegenic, able to articulate a forward-looking vision. He wasn't the first to attempt to modernize the party, but he better embodied the values of the new century. In his first speech as party leader, Cameron spoke of hope, optimism, and change. Sound familiar? Often rejecting a tie, he gave interviews in his home via his "webcameron," teleporting the Conservatives into "the information superhighway," or whatever it was known as back then. He rode a bicycle. He was witty. As prime minister, he even got a thug life meme.

Cameron wasn't interested in changing what they offered to voters in the manner of New Labour. There would be no clause IV moment for the Conservatives. He wanted to change the "culture" of the party and compete for the "center ground"-not the ideological center but the strategic center-in order to be perceived as mainstream and modern. In an interview in 2007, he said he wanted to get the party in "a position where people would listen to what we were saying." It was about image, not policy. He wanted people to "feel good about being Conservatives again."

The most conspicuous way Cameron modernized the party's image was through the party logo. The old logo of a torch held aloft and the name in all caps was too strong, too conservative, too Thatcherite.

The new logo-a scribbled oak topped with green alongside lower-case Conservatives (plural) in light blue-was modern, friendly, and a nod to the environment. Many criticized the new logo, some comparing it to a bunch of broccoli or the scrawl of a three-year-old. But all rebranding efforts have some pushback, and it fit the brand story of "something old, something new."

Both campaigns had a young, energetic leader, embodying the forward-looking vision of the new political brand. Both campaigns sought to signal a break from the past and their damaged brand by fighting to occupy the "center ground," whether ideologically or perceptually. The manner of this fight was different in each case. So what can we learn from these similarities and differences?

These two examples suggest that rebranding campaigns would do well to have either someone with a vision or someone representing a vison (or both). Blair and Cameron, as leaders and thinkers, managed to be both, as did Steve Jobs, to bring an example from the business world. Sometimes the visionary works behind the scenes-like Lego's Vig Knudstorp, who brought Lego back from the abyss to dizzying heights-whereas the rebranding of Old Spice relied on the face of Isaiah Mustafa to help bring the brand to a younger audience.

A rebranding without a visionary storyteller behind it, or a face to tell the new brand story, will fall flat.

Lesson 2: If It Ain't Broke

Despite extensive rebranding, Labour kept the old logo: the red rose. They didn't need to change it. In fact, too much "new" might have been . . . well, too much. Likewise, while David Cameron did change the Conservative logo, he didn't change the party name. In his view, there was nothing wrong with the party or the policies. You should only change what needs changing.

So what do you change?

Blair realized the electoral weakness was the memory of the Winter of Discontent, and a cosmetic rebranding, while necessary, would not be sufficient. The clause IV moment was the perfect way to sever New Labour's ties with the past and present a new product-in this case, new policy. For Cameron, the weakness was the overall feeling or mood about the party rather than policy or product. Therefore changing the logo, talking about technology and the environment, and losing the tie for interviews did address this feeling.

Why are you rebranding? Are you bored? Do you want to leave your mark? Careful! You might alienate loyal customers. This goes for political parties, brands, and even rock bands (remember Spinal Tap's uncalled for new direction?).

Rebranding is a drastic, risky, and expensive thing to do. Only do it if you must. And make sure there's a compelling story behind it so your audience isn't left scratching their heads. In the case of New Labour, the story was clear. Labour was a damaged brand, damaged because people did not trust the product. Along comes Blair with a new product and, with the right messaging, he was able to convince the majority that his new product was better than the alternative. In the case of the "new" Conservatives, the product itself wasn't the problem-it was the image. Cameron understood this and set about to change the "feel" of the party.

If you know your brand story and your audience's shared stories, you'll know how to deliver your message. 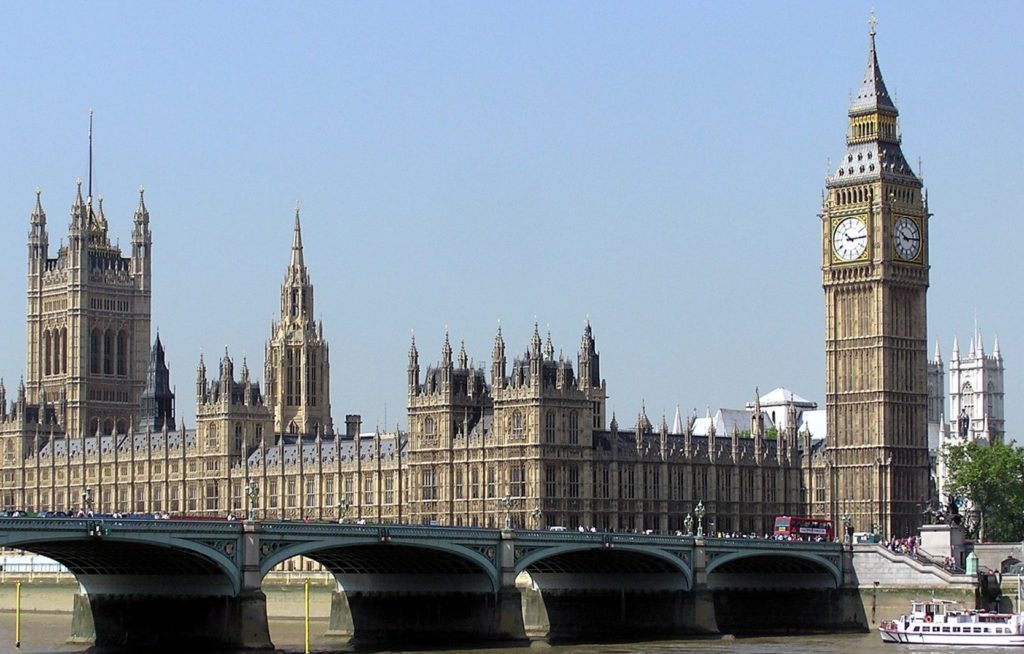