Sound like the values of some leftist activist group? Well, they probably are. But they're also the values that were promoted during last year's Super Bowl ads.

It's kind of old news, given that these ads aired a full year ago, but Super Bowl ads can give a good indication of overarching trends in marketing. And last year, these trends were decidedly progressive.

The 2017 Super Bowl ads reflect a broader trend that has taken over marketing in the past couple of years: brand activism. Inherently unpolitical brands have suddenly taken it upon themselves to make a stand for specific values, whether that means Burger King wrapping its burgers in rainbow paper to support LGBTQ rights, Starbucks committing to hiring refugees, or Lumber 84 creating a Super Bowl ad so controversial that the full thing couldn't be aired on television.

These days, it seems like every company is being pressured to make a choice on hot-button issues-and to stand by that choice no matter what social-media firestorm or boycotting movements surround it.

So what's behind this trend of brand activism? Is today's political climate just so vitriolic that brands are getting swept into the discourse, too? Are advertisers actually listening to progressive activists? Or have companies found that taking a stand genuinely improves the bottom line?

Chances are, the correct answer is "all of the above."

The Morality Police on Social Media

Our discussion of brand activism starts where most discussions have started recently-social media.

Every company has social media accounts these days. It's just good marketing sense. If your consumers are spending hours scrolling through Facebook and Twitter every day, that's where you want to be.

But social media also leaves brands vulnerable to their consumers in a way they haven't been before. Anyone can get in touch directly with the brand on a public platform and in real time. If someone's upset with you, your social media managers are going to have a rough day at work. If enough people are upset with you, it easily spirals into a boycott, and your bottom line may be in danger.

That scenario may suggest that it's best to avoid potentially controversial topics altogether. You're bound to invite trouble no matter what side you come down on, so why come down on any side at all?

Well, in a lot of cases, trouble comes whether you invite it or not. Daniel Korschun of Drexel University explains that these days, staying silent is more risky than taking a stand because consumers may find it hypocritical or wonder if you have something to hide.

Companies are also being scrutinized like never before, and if a company fails to brand itself as morally good, it may be in trouble. As an example, think about all the controversy Uber has recently found itself in, from reports of sexism to the #DeleteUber movement that gained Lyft a lot of new customers last January.

When you think about it, Uber hasn't been doing much that unscrupulous companies haven't been doing for generations. A sexist executive team is a sad fact that professional women have been dealing with for decades, and the airport travel ban controversy that spurred #DeleteUber was a profit-motivated choice that plenty of other companies would have made.

But because of the scrutiny of social media, these practices that likely would have gone unnoticed a couple of decades ago are now the subject of international outrage. Instead of being written up in a few newspaper articles here and there, corporate injustices are now posted online and spread throughout the world faster than a PR team can blink.

There's no more sweeping mistakes under the rug. Instead, companies need to make the effort to brand themselves as ethical or risk the Internet's wrath. 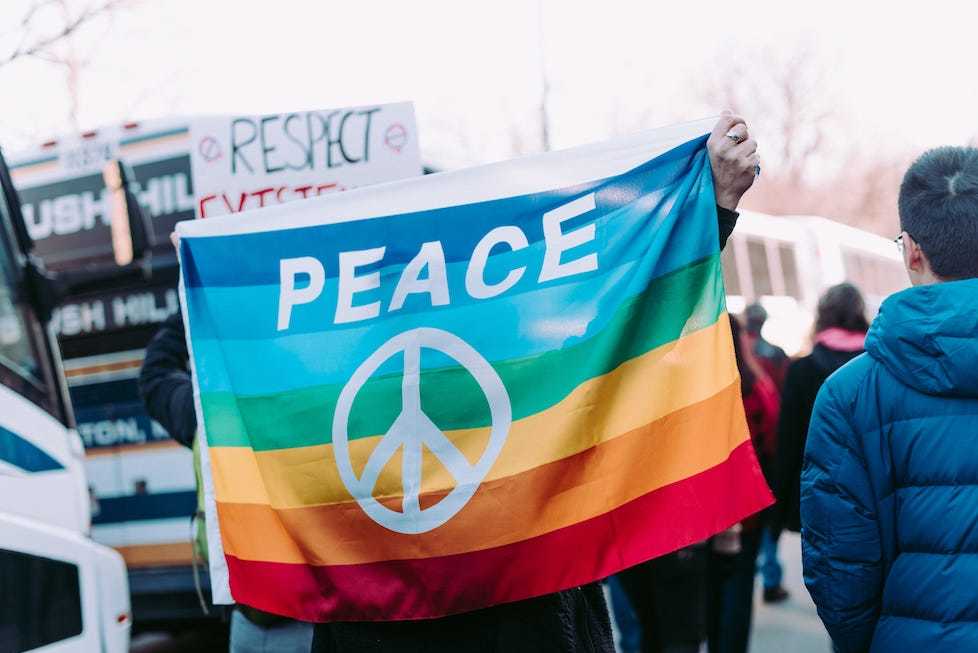 The Push for Representation

Social media has also given rise to the rapid growth of several social justice movements, from widespread acceptance of LGBTQ people to the newest wave of feminist activism. Since social media gives everyone a voice, marginalized groups that wouldn't have been listened to before are able to make their demands known.

The democratizing power of social media has spurred a call for progressive values to be reflected in media. This, in turn, has impacted the ads we've seen-people of color, immigrants, LGBTQ couples, and other minority groups are now being represented more in response to activist demands and increasingly progressive values.

Take, for example, Tiffany's recent decision to feature a same-sex couple in an ad for wedding bands. I learned of this decision not because I happened to see the ad in real life, but because I saw it lauded and retweeted online by progressive activists. In a world where diamonds (a product that isn't without its share of controversy) can achieve organic advertising by appealing to marginalized groups, it's easy to see why cause marketing has become a trend.

Everyone's Got an Opinion

And then, of course, there's the current political climate. Whether you fall to the right or the left of the political spectrum, there's one thing that all Americans today can agree on: We disagree on everything.

This culture of polarization provokes everyone into taking a stand. Falling on one side or the other has become normal and expected; many of us can probably group our close friends and family into political parties.

Putting aside how damaging this is for us as a country, it does make it easier for brands to pick a side and stand by it. It's now an expected decision instead of a radical statement. Consumers are less surprised when brands choose activism, and brands are less surprised when they get backlash for making certain statements. It's just a sad part of being an American in 2018.

You Can't Please Everyone-and Don't Even Need to Try

Think of Ford's famous Model T. Each one looked exactly the same, and every single one was black, but that wasn't an issue then-in fact, the ability to create hundreds of the exact same product was innovative for the time.

Since every product manufactured in the "Model T era" looked exactly the same, the best marketing strategy was one that targeted the broadest swath of the population possible. Ads that represented individual consumers' interests or backgrounds didn't make sense. What mattered was making sure that everyone from nearly every walk of life would want to buy your product.

Manufacturing has changed a lot since then. Not only can companies manufacture more products with more variation at a faster rate but they can actually customize products to individual consumer needs. The concept of the "lot size of one"-meaning that every product is individualized-is being touted as the ideal for manufacturers.

And that's only for manufactured goods. There's been a rise in the service economy, where experiences are delivered to consumers according to their specific needs, and many products are now digital and therefore even more easily customizable.

So, as a recent Medium article explains, marketing has become more niche as well. Target personas have become more specific. And alienating people on one side of the political aisle is fine-as long as you tout the political message that connects with your target niche. 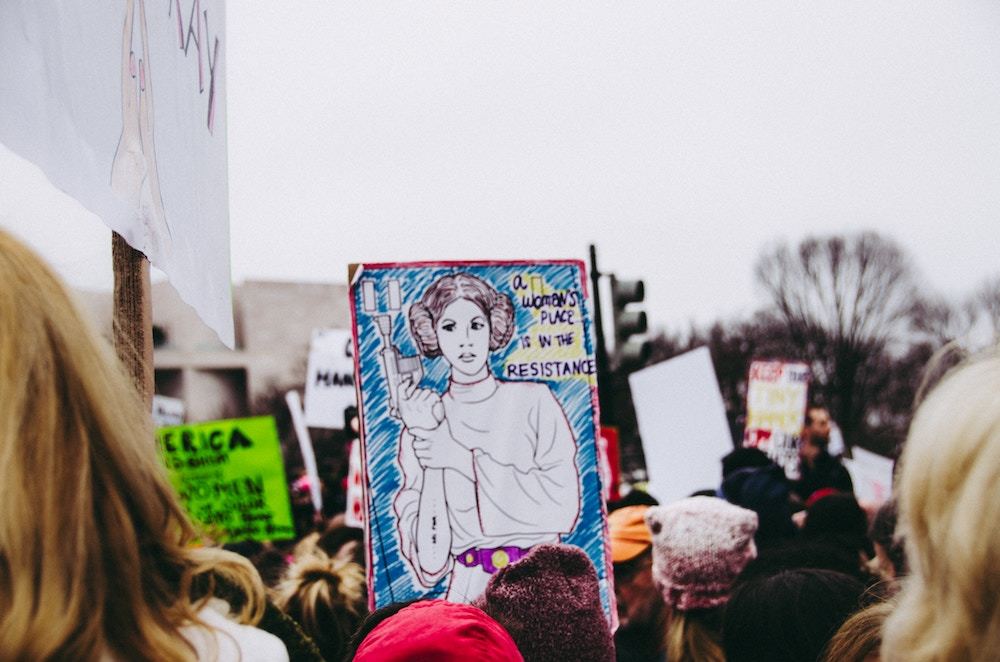 Finally, there are trends in marketing itself that produce a rise in brand activism.

We've talked a lot here on the Content Standard about how marketing is changing. Consumers are tired of of traditional ads and are blocking them as much as possible. They're suspicious of brand messaging. Long-standing methods of reaching out to consumers are crumbling, and marketers are scrambling to reinvent themselves by producing authentic, story-driven content.

Taking a stand tells a story. How a brand made a political decision, the actions it took to uphold that decision, and the positive results the world experienced as a result combine to make a compelling story that reflects your brand in a positive light.

Taking a stand also has the added bonus of making a brand feel authentic. Consumers trust ads to tell the truth less than ever. But what's more authentic and relatable than a demonstration of human empathy?

And on top of all that, brands are increasingly targeting millennials. For better or worse, the vast majority of marketing dollars are going toward ads directed at people under forty. And millennials tend to be significantly more progressive than those in older generations. Studies have revealed that millennials will be more loyal to brands that have an ethical compass. Marketers are reaching for that millennial loyalty.

Between changing cultural trends and new technologies, marketing is in a fascinating time of change. And one of those biggest changes is a trend toward progressivism. While this rise in corporate activism appears baffling on the surface, digging a little deeper reveals that it's only the natural result of the changing world around us.

What you do with this rising tide of activism is up to you-your brand and your target audience will determine whether brand activism will be successful for your company, as does the specific strategy you choose to follow. But by understanding the forces that are making brand activism a reality, you will have the tools you need to know what to do right now, what to do in the future, and how to capitalize on this unique historical time we live in. 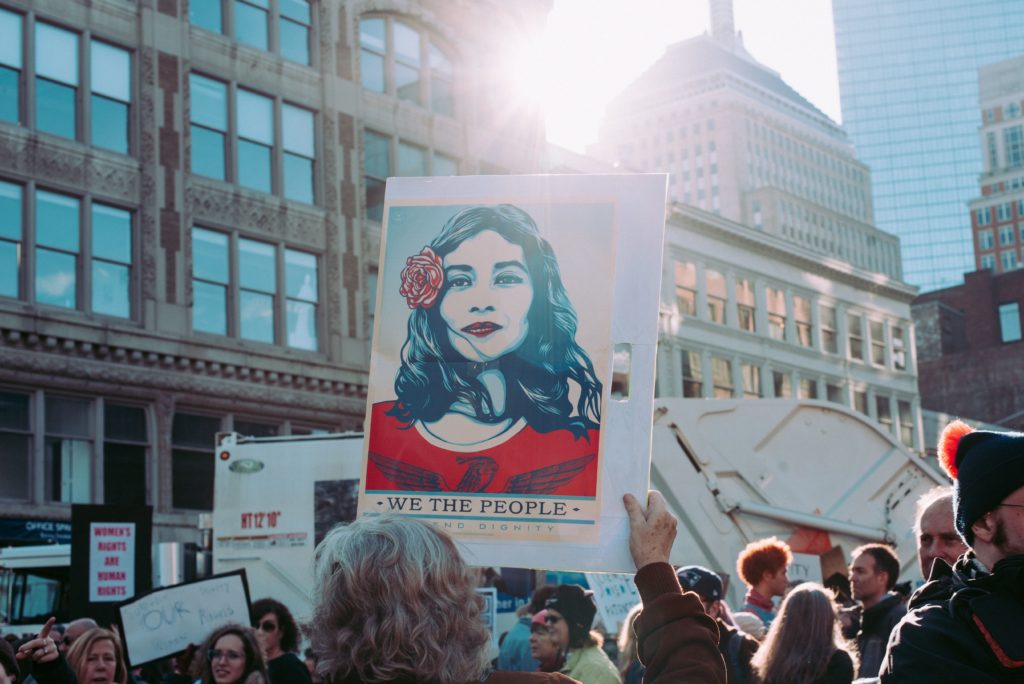