The only thing more annoying than a chronic braggart is a serial one-upper. You know the type. You tell him you got a raise at work, and instead of congratulating you, he immediately tells you about his new promotion. You say you're training for a marathon; he says he runs ten miles every morning before breakfast. You tell him that your friend gave a kidney to a stranger, and he insists he would rip his heart out of his own chest if someone else needed it more.

Even if everything one-uppers say is true, they're still annoying . . . and a little sad. The more they insist they're better than you or anyone else, the more clearly you hear their insecurity. You don't hate them or envy them. In fact, you kind of pity them. You just don't want to keep having conversations with them. 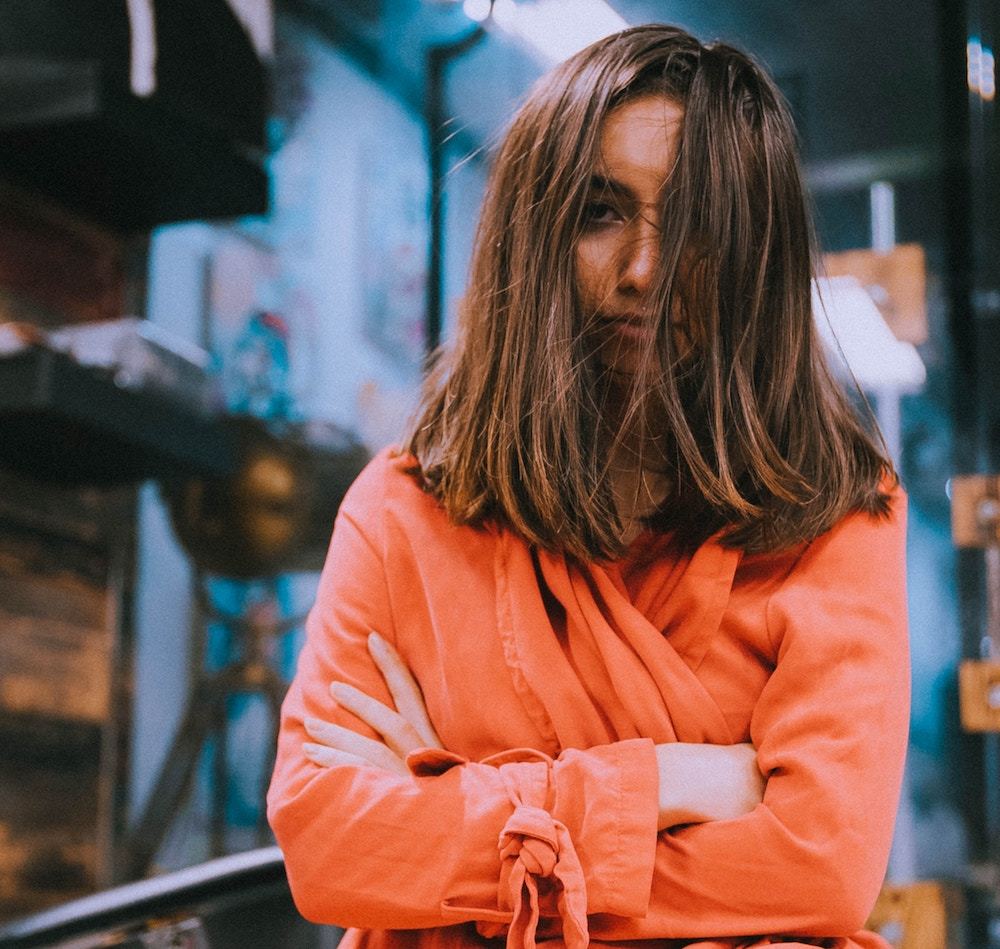 The same is true in content marketing. If there's anything more annoying than content that's all about the brand, it's content proclaiming the inferiority of the competition. Yet many brands still toot their own horns by slamming their competitors.

Product comparison is a risky strategy, but once upon a time, it was a risk that could pay off, especially for new brands that needed to get people's attention quickly but had only a fraction of their competitors' advertising budgets. Comparison ads were a way to succinctly communicate their value and why consumers should try their products over the ones they already used.

Today's consumers are more informed than ever. They're also more suspicious. After all, it's hard to know who to trust in the age of fake news.

Public trust in institutions-including government, media, for-profit businesses, and NGOs-is at a staggering low. That's according to the 2018 Edelman Trust Barometer, which has measured these trends for the past 18 years. Trust in US companies dropped to 50 percent this year, down from 55 percent in 2017 and 61 percent in 2014.

Now is not a great time for brands to be making lofty claims about their products or taking potshots at competitors. Now is the time to be building trust, building relationships with customers, and building audiences for content marketing-then letting those people make the lofty product claims and take the potshots.

The truth is, people do still want to read product comparisons, especially before purchasing items for the first time. But nobody is looking to the brand for that information anymore. Even when that was the only option, everyone knew the information was biased. Now that people can get unbiased information from peers on social media and consumer review sites like Yelp, why would anyone take the brand's word for it?

Before purchasing products for the first time, 82 percent of US adults sometimes read online customer reviews, according to the Pew Research Center, and 40 percent always or almost always do so. Meanwhile, 39 percent have shared their experiences or feelings about companies or products on social media.

Yes, product comparisons are still alive and well. They're just far more believable when they come from real people, not brands.

Chevy got the first part of that memo, but seems to have missed the second part. For its ongoing "Real People. Not Actors." campaign, Chevy recruits average people "just like you," tells them how many J.D. Power awards it has won, explains why Chevy vehicles are better than those from long-time rival Ford, and then asks whether they would choose a Chevy over a Ford.

Does anyone really believe them? Who cares? We all just want them to stop talking. Just Google "Real People. Not Actors," and you'll notice that journalists and consumers tend to use the same word again and again to describe the commercials: annoying.

In the latest and perhaps most annoying ad yet, the host asks children whether they'd prefer for their parents to buy a Chevy or Ford truck, knowing the vehicle might be passed down to them one day. Then he says, "Before you decide, you should know that Chevy Silverados are the most dependable, longest-lasting full-size pickups on the road, which means that Ford F-150s are not. Which truck would you pick?"

Seriously? He literally told them the answer. That's not just annoying; it's downright insulting to kids and to the intelligence of Chevy's intended audience.

No one is fooled, but many people have been quick to point out the foolishness in creative ways, like this parody of a 2017 ad:

One of the original "not actors" from this ad spoke out about what the experience was really like. In a nutshell: awkward and inauthentic. As he told the A.V. Club:

Once we got in there, [the host] didn't tell us where to stand or anything. He didn't point at anything. We just magically got in that line of four people horizontally right in front of him. It was like they had this weird power.

When I was talking to people in the lobby, no one seemed that enthusiastic about anything. The second we got in there, it was like magically everyone was the world's biggest Chevrolet fan. I can't stress enough that I'm a real person and not an actor. None of these people were actors, because I asked them what they all did for a living. They suddenly became these perfect spokespeople when this guy started asking questions, like, "What's the first word that comes to your mind when you think about Chevy?" Literally, the guy next to me was like, "Freedom." [Laughs.] He was suddenly so patriotic. He was like, "American-made cars. Quality." All of these people were spewing out these buzzwords.

Other automakers are flexing their storytelling muscles, too. Lincoln's "Wish List" ads were among the best holiday stories this year. Jeep has built an entire community of followers telling stories about its products, using #myjeepstory, and occasionally turns this audience-generated gold into long-form marketing campaigns.

Mentioning the competition gives them credibility and exposure. One of the first lessons marketers used to learn was never to do that.

Most content marketers still understand the concept. They don't cite research that has been commissioned by competitors or link to articles that sing their praises (unless, of course, those article sing even higher praises about their own brands). Overall, they generally avoid publishing anything that makes the competition look good. That's just common sense.

However, when marketers tell stories designed to make the competition look bad, they're still causing people to look at those other brands.

During this year's Super Bowl, for instance, Sprint told a story about robots mocking their creator for using Verizon.

Sprint was off to a great start. The robot workshop is reminiscent of Westworld, which is tremendously popular right now. And as science fiction novels have repeatedly proven, there are all sorts of interesting stories to tell robots.

Instead, the story is simply, "Sprint is almost as good as Verizon." (It's almost embarrassing.) There's even a quick appearance from Paul, the traitorous "Can You Hear Me Now?" guy from the old Verizon commercials. Worse yet, the robots aren't even mocking Verizon. They're mocking Verizon customers, which is presumably the audience Sprint is targeting with the ad.

In stark contrast, Verizon's Super Bowl ad was part of a series of stories in which people who lived through natural disasters and other life-threatening emergencies call and thank the first responders who saved them.

These true stories are raw, emotional, and memorable-and far more likely to make a connection with potential customers than robots laughing at them for not having Sprint phone service.

The more time a company spends comparing itself to competitors, the more that rivalry becomes a part of the brand's DNA. Neither Chevy nor Sprint is really a challenger brand anymore. Both have been household names for almost as long as their industries have existed. But they still feel the need to compare themselves to their competitors, and so do their audiences.

One of the original challenger brands, Pepsi has mostly moved on from its decades-old rivalry with Coca-Cola. The war between the soda brands was legendary, especially after Pepsi introduced the Pepsi Challenge taste test in 1975. These product comparison ads worked so well that Coca-Cola responded by creating the slightly sweeter (and wildly unpopular) New Coke.

However, while the brands no longer call each other out directly (perhaps with the exception of a 2017 7Up commercial that seemed to take a potshot at Sprite), audiences keep comparing them - not just because they sell a similar product, but because they keep telling similar stories.

In this year's Super Bowl, both brands ran inspirational montage ads. Coke focused on diversity with a heartwarming spot that felt really familiar (you know, like the one they ran last year and the year before that). Pepsi added a nostalgia element with pop culture references and tapped into its own brand history by updating its iconic Cindy Crawford Super Bowl ad.

Of course, feel-good montage ads were a popular theme this year at the Super Bowl, but people are always going to compare Pepsi and Coke ads because that's what Pepsi taught us how to do. It's hard to think about Pepsi without thinking about Coke. So, when Pepsi and Coke tell similar stories, we're always asking who told it best.

Case in point: Content Standard contributor Christine Kayser recently felt compelled to compare Coke and Pepsi ads that told the love story between pizza and soda. (Coke won that round, but Pepsi definitely won during the Super Bowl.)

Pepsi and Coke even get compared when their brand storytelling flops. Last fall, the New York Post suggested that a Coke ad applauding Muslim women drivers was "the worst thing since the Kendall-Pepsi atrocity," referring to a Kendall Jenner Pepsi ad that made light of police and racial tensions.

Coke and Pepsi weren't the only brands to be publicly chastised for cultural insensitivity last year (not by a long shot), but it's easy to make the connection. After all, they've been training us to connect their brands for decades, even though the goal was always to differentiate.

The End of Product Comparisons: Here's Reason to Hope

One could argue that product comparisons still make sense for brand-new brands. To get anyone's attention, they need to explain what they offer and how it's different than other products, solutions, or experiences that are on the market.

Thankfully, the new generation of challenger brands seems to be a taking a new approach to competitive differentiation. Rather than calling out other brands, they use brand storytelling to differentiate what they have to offer. And they let their audiences decide which is better.

For example, Airbnb doesn't spend much time throwing shade on hotels and traditional bed-and-breakfasts. Instead, they focus on social storytelling about properties and property owners, and they encourage travelers to tell stories about their experiences. Even newbie brands like Deezer, Beyond, and Vestd are telling compelling stories that set their companies apart from the competition, without unintentionally promoting the competition.

In doing so, they're setting a great example for other startups-and maybe even for decades-old brands that can't stop trying to one-up the competition. Here's hoping. 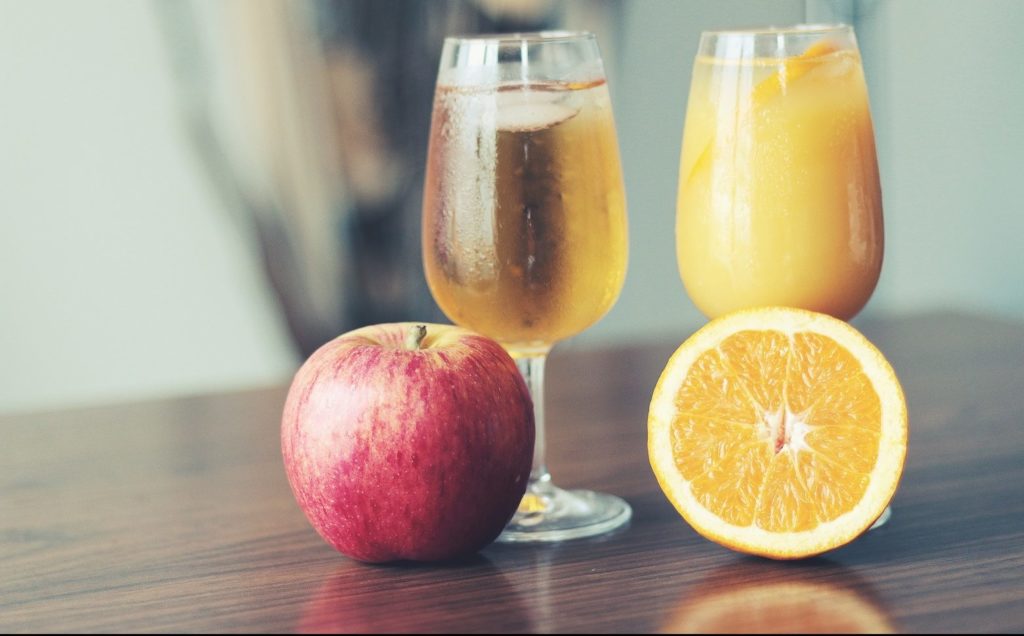