In the seven months since my son was born, I've spent a lot of time watching Cartoon Network—not because an infant actually needs the screen time, but because Mommy needs the background noise, and I figure cartoons are better than the Game Show Network or sitcom reruns. (At least that's what I tell myself.) But over time, I've actually started to like some of the programming, and between the shows and the advertising, I've learned a lot.

That's something Cartoon Network has certainly figured out. The Turner station is the fastest-growing children's network and the most watched ad-supported network for children ages 6 to 11. And it's something marketers across industries are trying to learn.

Gen Z—whose members range from elementary-school children to the most recent college grads—make up 25.9 percent of the consumer population, according to agency Sparks & Honey. And together, they earn about $44 billion a year in allowance. That's substantial spending power from a group that is still mostly unemployed, and it doesn't even include the family/household spending they influence.

As digital natives in the truest sense of the term, Gen Z influences more than purchases. They also influence the online behavior of older generations. As they move from one new social network to the next, the adults who love them follow, hoping to connect with them there. And as they engage with content across channels, they teach the digital immigrants around them to do the same.

So, what can Cartoon Network and its advertisers teach us about getting the attention of the hardest-to-reach generation of consumers? Here are three lessons I've learned from my recent binge sessions:

As consumers increasingly fast-forward through commercials and opt for streaming services over live programming, brands across industries are moving ad budgets away from the once greatest advertising platform—TV—and towards digital channels. And smart television networks are doing the same.

One of Fast Company's Most Innovative Companies, Cartoon Network has taken an increasingly omnichannel approach for years now, delivering interactive stories and multimedia content through its Cartoon Network and CN Anything apps. Users can watch full episodes of their favorite shows, access bonus content, and play games featuring their beloved cartoon characters.

Of course, many other television networks are doing the same thing. Practically every prime time show now urges viewers to catch up on episodes they missed online and to check out bonus scenes via the network's mobile app. Then there are the omnipresent hashtags in the corner of the screen, encouraging fans to Tweet and post about shows.

What sets Cartoon Network apart is a focus on digital-first storytelling. The network recently launched a new development program where it tries new ideas on digital platforms before launching them as TV series.

The first show to come out of the project—Mighty Magiswords—premiered on television in September of 2016. But it first appeared on the CN Anything app a year earlier as a series of 15-second interactive videos.

Mighty Magiswords is the story of a comedic brother–sister warrior team who complete tasks and adventures using their collection of magic swords. For instance, the dolphin magisword shoots water at enemies, while the tomato magisword shoots tomatoes. (It sounds lame, and it sort of is. But it grows on you.)

The original app-based episodes worked like the old Choose Your Own Adventure books, letting users select which magiswords the heroes would use for each fight. While viewers can't change the plotline of the television version, they can participate in the story using the Mighty Magiswords companion app. The app features 400 pieces of original content—including short videos, vlogs, and mobile games—but its most brilliant feature is the Collect button.

During each episode of Mighty Magiswords, a Collect icon pops up on screen from time to time. When it does, app users can collect new swords for their own collection. The app detects which episodes viewers are watching using proprietary sound-recognition software (like a specialized version of Shazam) and unlocks access to the new sword featured in that episode.

The series is only a few months old, but there are some early signs that Cartoon Network's creative thinking will pan out. The Mighty Magiswords YouTube channel has around 1.2 billion hits, and DigiDay reported that nearly 1.1 million viewers watched a sneak peek that Cartoon Network aired several weeks before the official launch.

The takeaway for marketers: Where digital channels were once a way for both networks and advertisers to supplement television content, the tables are turning quickly. This isn't to say that television no longer matters. But depending on your brand and marketing strategies, digital might matter more.

Cartoons aren't the only childhood staple getting a digital makeover. So are the toys.

Remember when dolls that could say several phrases were considered cutting edge? Then there was Teddy Ruxpin, who told all sorts of stories—as long as you changed his cassette tape. And in the late '90s came Furby, a creepy hamster/owl/robot that started out speaking "Furbish" and slowly started to learn English.

That was pretty smart—at least for the time—but the new Furby Connect is so much smarter.

Hasbro, maker of the Furby, released an updated, app-connected version in 2012 that let users do simple things like fling food from a mobile device into the doll's mouth. But the Furby Connect app is far more sophisticated, enabling users to interact and play games with their Furby dolls. They can also watch music and videos that have been curated by Hasbro (while the Furby dolls dance and sing along).

Best yet, the video and music library is constantly changing. The app updates itself weekly and pushes new content to Furby Connect. For instance, it knows which songs are trending (at least those that Hasbro deems kid-friendly) and can sing along with them. It also knows which G-rated videos have gone viral and provides commentary on them.

The takeaway for marketers: If a $75 kids' toy can constantly refresh content, tell new stories, and stay abreast of cultural trends, Gen Z will certainly expect brands to do to the same. Getting and keeping their attention—and pretty much anyone else's attention in the digital age—will require brands to deliver quality content and interesting stories at scale.

As I said before, toys have gotten really cool. Furby is watching cat videos and singing pop songs. Barbie is riding around on a remote-control hoverboard. Instead of getting your child a real dog or cat, you can get robotic versions that follow and interact with whomever is wearing the accompanying bracelet. There are electric scooters, drone toys, and a myriad of other smart, internet-connected devices that one would expect tech-savvy kids to feel they absolutely must have.

And I get that. I want to play with those toys too. What I had trouble understanding was why the single best-selling toy of 2015 was a 12-pack assortment of Shopkins—tiny, collectible toys shaped like various food and retail items, but with cute faces and names like Cupcake Queen, Susie Sausage, and Apple Blossom. Since then, the 2-year-old Australian brand has seen a 98 percent increase in sales, according to the Washington Post

I first learned about Shopkins from my niece, who started collecting them in 2015. Shopkins were all she wanted for her birthday and Christmas, and I really didn't understand why. I chalked it up to the fact they're collectible, and some people really get into that sort of thing. But there's more behind the worldwide phenomenon than collectible plastic toys. There's also a treasure trove of stories.

Shopkins fans can watch videos about their favorite characters online, on the mobile app, on the Shopkins YouTube channel, or in the new Shopkins movie, Chef's Club.

Shopkins isn't the only low-tech toy that relies on great storytelling. While kids' movies and TV shows have long inspired the creation of action figures and other story-related merchandise, now toymakers are creating products and then telling stories about them. For example, Mattel's Monster High dolls, and the accompanying books and feature-length films, have been top sellers for years. And perhaps the most high-profile example is Legos, a company which has breathed new life into its long-standing brand with a series of feature-length movies.

The takeaway for marketers: Gen Z likes cool tech. But like every generation before them, they also love a good story. With a little creative thinking and a strong brand storytelling strategy, you can get and keep their attention (no bells and whistles required).

As you're planning your marketing strategies for 2017, think about where you can take a digital-first, omnichannel approach? How can you tell better brand stories—and perhaps make those stories interactive? And what technology, strategies, and monies can you put in place to scale those stories and keep content fresh?

Answer those questions, and you'll be well on your way to engaging Gen Z—and all the grownups who are still big kids at heart. 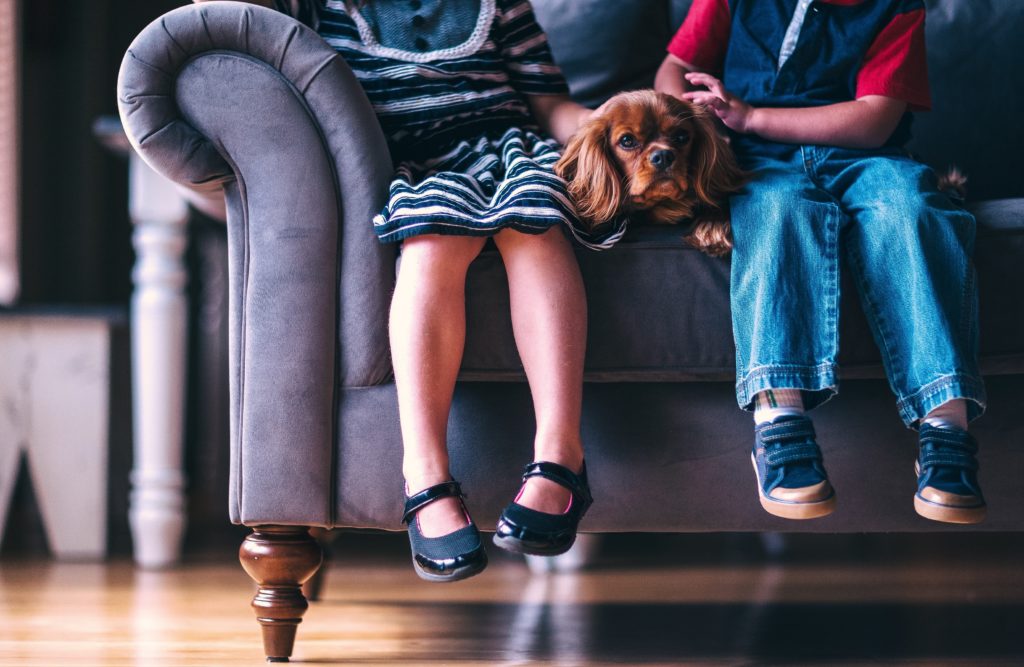