What if I told you that most of your life isn't objectively real? It's all in your head. From the money you use to pay for your morning coffee to the brand storytelling you do at work to the sports you play on the weekend, a good portion of your life is imagined.

Before you dismiss me as a quack or check yourself into therapy, consider this: The money you use to pay for your coffee only has value because everyone else agrees to accept the same idea. Money doesn't have any intrinsic value; that is, it's not useful in and of itself. You can't drink it, eat it, or build a house with it. But you can exchange it for water, food, and shelter. This is only possible because we all agree to accept the idea that these particular pieces of paper, metal, and plastic can be exchanged for the things we need and want.

Now, think about what you do day-to-day. As a marketer, you spend your time inventing symbols (logos, for instance) and stories (campaigns) for the purposes of communication and engagement, but these aren't tangible objects, they're ideas. A brand is an idea that you hope others will recognize and identify with enough to become a consumer of your products and services. Likewise, the company you work for is an idea. If your building burned down and all the employees went missing, the company would still exist because we have all agreed to the idea that it exists.

All the ideas that we agree to believe in constitute the culture and the society we live in. One scholar has called these intangible structures "imagined realities."

What Is an Imagined Reality?

Oxford-educated historian and professor Yuval Harari explains that any large-scale human cooperation (that is, above a group of 150 individuals) isn't possible without believing in a collective set of myths. This is true of all types of cooperative structures from churches to judicial systems to companies and brands. The shared myths we believe in form the imagined realities we live in.

In his book Sapiens, Harari argues that the intricacies of our modern societies are all built on imagined realities: "There are no gods in the universe, no nations, no money, no human rights, no laws, and no justice outside the common imagination of human beings." Without imagined realities humans would never be able to cooperate on a global level, and today these imagined realities form the very day-to-day fabric on which we operate as a society.

In a recent talk from the British Royal Society of Arts, Harari emphasizes that humans are the only species that communicates information about things that don't tangibly exist. Our ability to share abstract ideas is what has driven our evolutionary expansion. Today "the very survival of [real things like] trees and rivers and lions and sheep depends on the imaginary stories that Homo sapiens has invented. We are living inside the dreams of mythical entities like the European Union, and like Google, and like the dollar, which exist nowhere except in these fictional stories," says Harari. He challenges us to test this by considering what we are worried about right now. As you go about your day are you thinking about real things like trees and lions or are you preoccupied with fictional inventions like money, religion, and laws?

Once upon a time, religion was the reigning imagined reality that enabled mass cooperation. In a technological age where giant corporations like Google and Facebook govern much of how we spend our hours, brand storytelling is one of the most fundamental cultural fictions of our time.

Brand storytelling now structures how we define ourselves and live our lives. It gives narrative and contextual examples for the expression of values, emotions, and relationships. From a social and psychological perspective, it informs our day-to-day existence and mediates our objective reality.

These myths we create in the marketing departments of companies are powerful. They go well beyond the walls of a company, beyond the realm of marketing, beyond our brand communities and beyond the world economy. Today they form some of the most influential cultural foundations of how we cooperate as a global society. Think about it: They shape what we spend on and who we save with. They help us express the values we believe in and the laws we abide by. They can even change the health of the natural world for better or worse.

This isn't just a hypothesis. There is scientific evidence showing that imagined realities are so powerful they can even change our perceptions of objective reality. A study from Sweden showed that what we believe we see in front of us can change depending on what we're imagining at the time, but we will fully believe that what we saw was real in either case.

As a marketer, the strength and comprehensiveness of the brand narrative you weave shapes the cultural communities people use to define themselves, their lives, and their relationships with others and the real world. This means your brand communities go far beyond the product and the company you work for.

Consider Nike, for instance. Nike doesn't just make shoes and clothing. Nike is a cultural pillar of fitness that people use to define themselves and their lifestyles as active and healthy. Nike has come to represent both physical and mental drive and ambition, qualities that we value as a society. Nike's marketing is so powerful that in one study, those who believed they were using a Nike golf club performed better than those who were not told the brand, though everyone was using the same club. The imagined reality Nike created impacted the real world.

Next time you sit down to strategize another marketing campaign, take a moment to consider the big picture. There is a great responsibility that comes with your work. You are contributing to the collective myths that move society forward in whatever direction you choose to take it. You are forming the glue of personal relationships and large-scale cooperation, and your myths even control the fate of the real, objective world.

We may live mostly in imagined realities, but we created them, so we have the power to change them and-because they are so influential-the responsibility to control them. 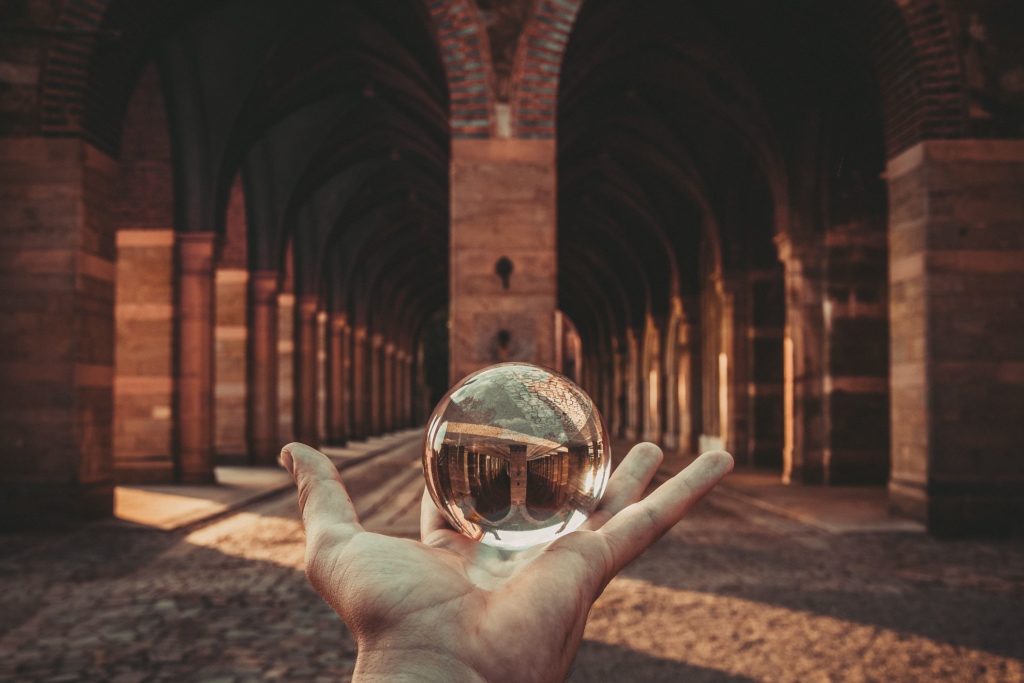