Windows rolled down, music blaring, car packed with friends (or just that special someone). If the image of the car as a ticket to freedom appeals to you, well, let's just say you're probably not that young anymore.

For young people today, the old auto industry narrative about The Car-emblem of coolness, inspiration for countless songs and movies, and pathway to freedom from authority figures-has come to a screeching halt. These days, many teenagers and young adults would rather grab a ride from Mom or Uber instead of getting behind the wheel themselves.

The trends are forcing automakers to rethink their millennial marketing strategies and brand story. When industry disruption upends a narrative that worked for generations, how should brands respond?

The Classic Car Story, In Transition

While it's true that plenty of people across age groups still buy cars, there are several trends that point to serious changes in the way people perceive cars and engage with them.

In fact, people across ages are forgoing driver's licenses. The same study found for people aged 16 to 44, the percentage who have driver's licenses has decreased versus years ago. An infographic from NPR shows the change visually:

Given the downward trend in driver's licenses among younger people, it's not surprising that car ownership is changing, too. Although millennials are still purchasing cars-and at higher rates than during the recession-car ownership is still lower than it was back in 2000. The numbers also suggest that young people are choosing to delay buying cars, just as many are choosing to delay moving out of the house or getting married, according to the Los Angeles Times.

What's more, the relationship teenagers and millennials have with cars-the story they tell themselves about car ownership and what it means-may have fundamentally changed. But what are the reasons driving this change?

"Millennials buy cars more pragmatically. Maybe they missed that moment as teenagers when you deeply fall in love with cars, or a car, or personal autonomous transportation," said John Paul MacDuffie, management professor at the Wharton School of the University of Pennsylvania, in a story for Knowledge@Wharton. "And they are forever going to be more on the pragmatic car-as-commodity, car-as-appliance part of the equation."

Increasingly, young people see driving as a hassle. In another survey from researchers Sivak and Schoettle, the top three reasons young adults ages 18 to 39 gave for not getting driver's licenses were "too busy or not enough time to get a driver's license" (37 percent), "owning and maintaining a vehicle is too expensive"(32 percent), and "able to get transportation from others" (31 percent).

When teens and millennials do need to get somewhere, they seem less averse to having a friend or a parent drive them. Options like public transportation and ride-sharing services like Uber and Lyft diminish the necessity of buying a car.

Others postulate that mobile devices and the Internet are to blame. Because teens can connect socially via apps and messaging, they no longer need to drive somewhere to get that social experience in person. A survey by KRC Research and Zipcar seems to confirm the idea: Researchers asked participants to what extent they agreed with the statement, "With access to social networking sites such as Facebook and Twitter, text messaging and online gaming, I sometimes choose to spend time with friends online instead of driving to see them." Over half of 18- to 34-year-olds said they agreed, the highest share among any other age group, according to a report from Frontier Group and the U.S. PIRG Education Fund. 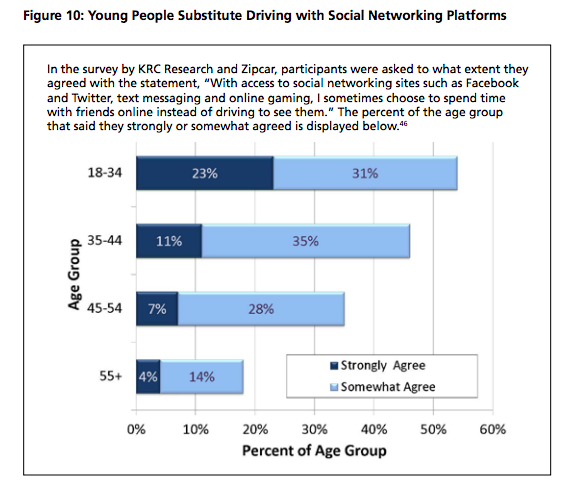 When and if they decide to buy, millennial motivations seem to be different than those of previous generations. Environmentally conscious drivers may seek eco-friendly cars. Budget-conscious millennials want affordable, practical options, given that many must balance car ownership with other financial stressors like student loans.

The data above point to major disruptions in the typical automobile narrative in America. Getting a driver's license used to be a rite of passage for teenagers, owning a car a major life event. If attitudes toward cars have changed permanently, how is the auto industry changing its millennial marketing plan and its brand storytelling strategy?

For proof that millennials are radically shifting the car-ownership story, look no further than Honda's marketing campaign for its Clarity Electric vehicle. Gone are the iconic shots of the car on the open road or in a cosmopolitan city. Instead, the campaign's brightly colored animations center on pithy messages with an environmental tilt, dubbed "The ABCs of a Brighter Future." These "ABCs," which are hosted on their own Instagram account, include carpooling, enjoying nature, and, curiously, harvesting yucca from the backyard garden. Car as your ticket to freedom? Maybe not. According to this narrative, Honda is your choice if you're environmentally conscious, practical, socially responsible, and possibly also into container gardening.

The #ClarityElectric helps you save time on your commute in HOV lane as a single occupant. Now you can spend more time doing the things you love like yielding yummy yucca from your yard. Check local or state law.

As messaging about cars has changed, so too have the channels brands use to reach millennials. A recent Suburu campaign utilized user-generated content and social media influencers to promote its millennial-focused Impreza. The #MeetanOwner campaign boasted 20 Instagram influencers, including photographers, athletes, and musicians, to foster positive brand sentiment. Potential car buyers could visit meetanowner.com to check out photo and video testimonials from Suburu owners and even ask them questions about their cars. What's striking about the drivers' stories is that they all live active, passionate lifestyles, and the vehicles they own serve to facilitate those passions (note that the act of driving itself is no longer the passion). Suburu stands out from the pack in developing an innovative way of leveraging user-generated and influencer content to help share its brand story. The campaign earned over 1.9 million likes as a result, according to Mediakix.

From Automaker to Tech Leader

In the future, the narrative surrounding car ownership could change even more dramatically. As Google, Tesla, and Apple develop driverless and electric vehicles, buying a car could become akin to buying an iPhone. Instead of a rite of passage story, people will buy cars because they seek utility and technological innovation. The companies that best position themselves as the vanguard of the latest and greatest technology-supporting not just the vehicles themselves but rather the entire digital vehicle ecosystem-will find themselves winning the game of powerful brand storytelling.

Already, traditional car makers are showing signs of moving in the direction of tech leader. Cadillac, BMW, and Honda are creating car-sharing programs or developing cars specifically for car-sharing, hoping to compete with millennial-friendly Uber and Lyft, according to The Verge. Ford is snapping up tech talent in order to have a hand in every aspect of the self-driving industry, including the software used by driverless cars and the services related to them, according to the New York Times.

In the future, choosing a car or a ride-sharing service may be as much about choosing the technology platform as it is about choosing the actual car model. As a result, brand stories will shift toward emphasizing their prowess as tech leaders versus showcasing the actual experience of driving or riding in a car. Consider Elon Musk's recent gambit: The CEO sent a cherry red sports car into space as the payload for the flight of the Falcon Heavy rocket, all captured in a 43-minute webcast that drew millions of viewers, according to Bloomberg. The point of this marketing stunt isn't to promote the specific Tesla convertible that was sent into space or even the SpaceX rocket. It's about solidifying Tesla's and Elon Musk's position as brands on the technological cutting edge.

View from SpaceX Launch Control. Apparently, there is a car in orbit around Earth. pic.twitter.com/QljN2VnL1O

While America's relationship with cars may be changing-and with it, the stories that we tell ourselves about driving and buying cars-at the end of the day, plenty of people still want and need vehicles. The old story about driving and owning a car as a rite of passage may not resonate with today's younger drivers. But that doesn't preclude new stories from forming about cars. In the future, the story driving our engagement with cars may have more to do with technology and practical concerns. Brand stories may change after an industry disruption, but for automakers, it's far from the end of the road. 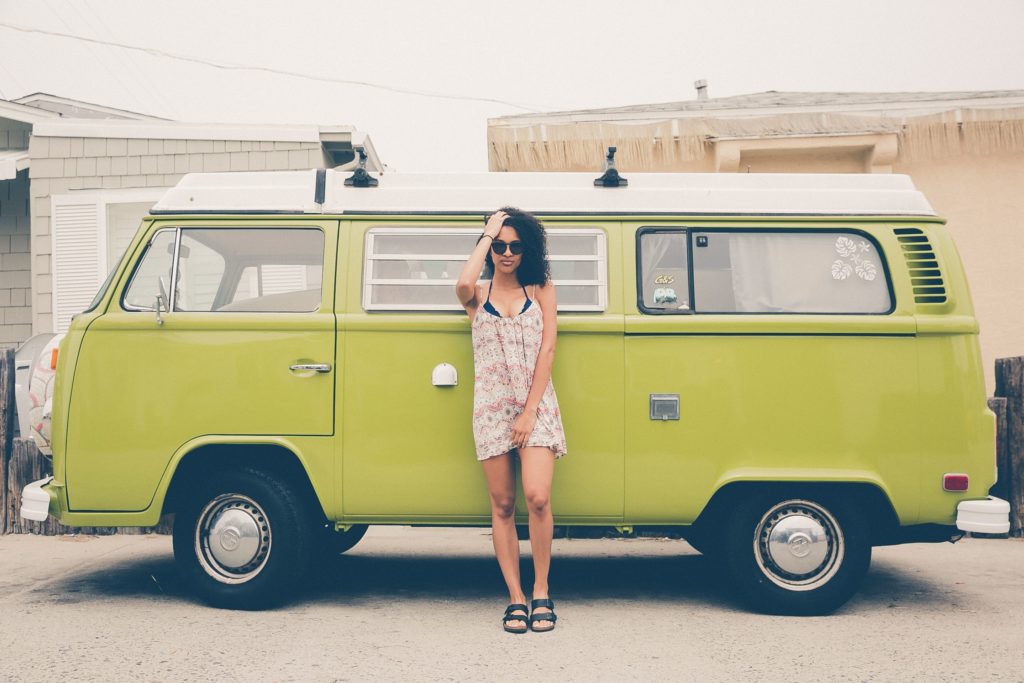