The importance of diversity and inclusion isn’t lost on modern marketers. To appeal to increasingly diverse audiences, brands are paying closer attention to how they portray inclusivity in their messaging. Today, brands feature more diversity in commercials and marketing content than ever before.

Of course, there’s still more work to be done. As of 2016, only 37 percent of people featured in commercials were women, and 19 percent were minorities. Progress with inclusive brand marketing is trending in the right direction, but there’s still a lot further to go.

What responsibility do marketers have in shaping larger D&I conversations-both the end result in terms of marketing campaigns and content, and the structural and procedural changes that marketing teams can make to turn inclusivity from a fad into an active practice? Why does inclusive brand marketing matter for hiring and retention, for connecting with diverse audiences, and for simply creating positive change in the world? And how does storytelling lead to more meaningful inclusivity efforts?

The Ever-Evolving Definition of Diversity

Diversity and inclusion are often lumped together, but the two words have different meanings, and those definitions vary from generation to generation. 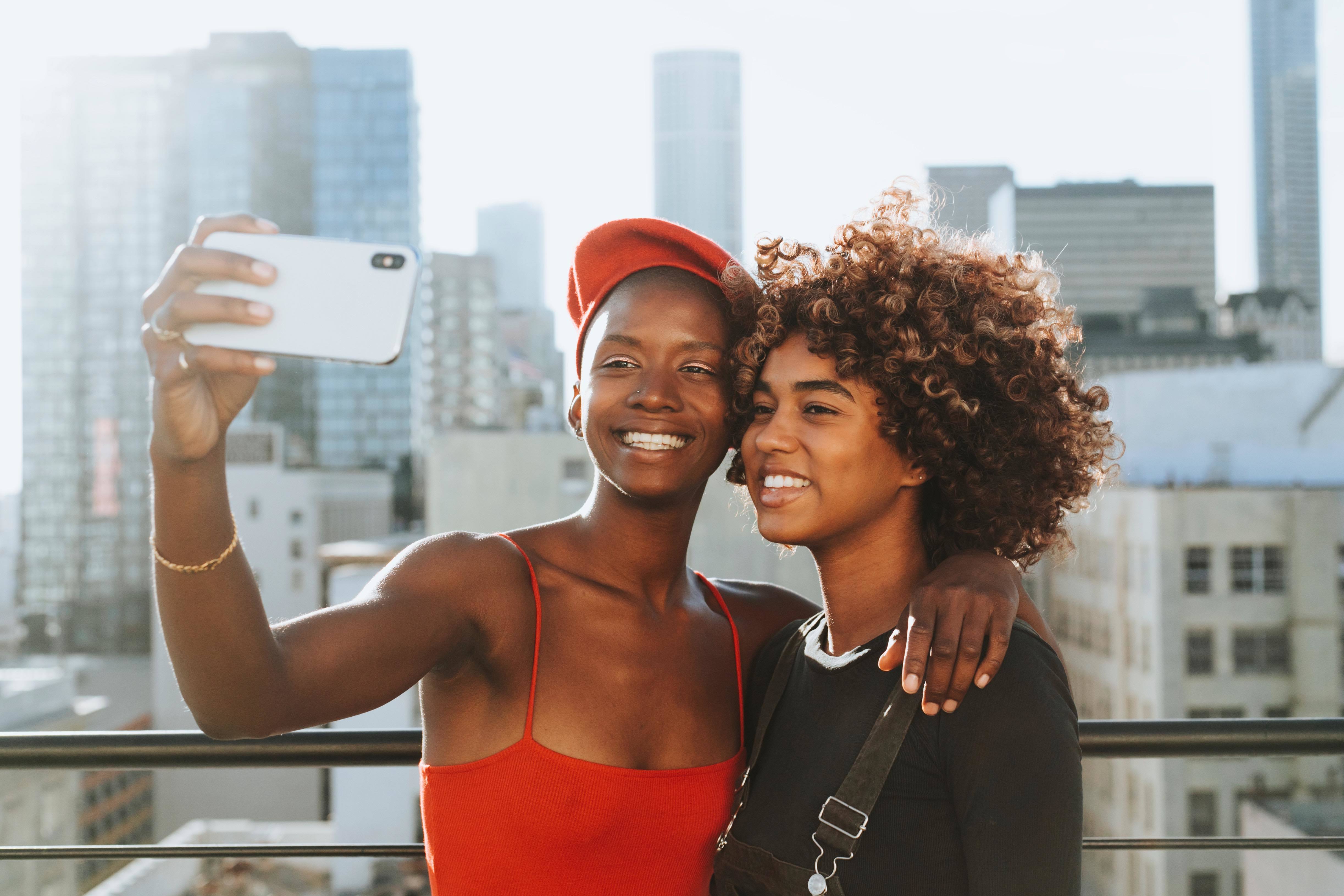 For example, when it comes to workforce D&I, millennials tend to define diversity beyond demographics, focusing more on cognitive diversity-the diversity of experiences and perspectives that different individuals bring to the table. That’s according to a three-year study by Deloitte and the Billie Jean King Leadership Initiative (BJKLI), which found that Gen X and boomers still define diversity through a more traditional lens, focusing on representation and fairness regarding gender, race, and ethnicity.

However individuals define diversity, inclusion is about creating an environment that supports diverse teams and makes everyone feel included. So, even if a company has a diverse workforce, they don’t have an inclusive culture unless those diverse voices feel heard. If employees don’t feel heard, they’re likely to leave. In the Deloitte/BJKLI study, 80 percent of respondents said inclusion is important to them when choosing an employer, 39 percent would leave their current employer for a more inclusive one, and 23 percent (30 percent of millennials) already have.

It’s not surprising that D&I matters to millennials more than previous generations, or that young people define these things differently. After all, 43 percent of millennials in the U.S. are non-white, and Gen Z is even more racially diverse, with a majority-minority crossover expected to happen in 2020, due to increased Hispanic and Asian immigration.

What does this mean for diversity in marketing?

For young people, gender and racial diversity are the low-hanging fruit-the first, most obvious boxes to check for inclusive brand marketing. But there are many other layers to diversity that inform a person’s life experiences and identity, including age, geography, sexuality, socio-economic status, disabilities, religion, marital status, parenting status, interests and hobbies, you name it.

Meeting all those qualifications is a bigger job than making an effort to feature more women and minorities. But as diversity in marketing gets more complicated, it also gets more interesting. Brands have the opportunity to feature more well-rounded characters, to tell more nuanced stories about under-represented people, and to make new connections via more inclusive brand marketing.

How can marketing leaders and creative teams make D&I a bigger priority in 2019?

1. Get real about where you are.

When amping up D&I efforts, every company has its own starting point. Some have more of a head start, but practically all have room for improvement. The first step in determining how far a creative team has to go is getting very honest about where they are. That’s what Google’s marketing team set out to do, according to Lorraine Twohill, senior vice president of global marketing for the tech giant. In a recent blog post, she wrote, “Our products are for everyone, but our images were not telling that storyâ€¦Our images had lots of racial diversity. But everyone looked like they worked in tech and lived in hip, urban neighborhoods.”

The brand’s marketing videos weren’t much better. Using machine learning algorithms that Google created in partnership with the Geena Davis Institute and USC, Twohill’s team analyzed their creative to determine just how diverse their videos were.

“The initial results surprised us,” Twohill wrote. “Fifty-four percent of our images featured men-not as heavily skewed as we had feared. But in other categories, we were further off. A manual analysis showed that the average age appeared to be around 26, below the national average of 38. Only 10% of our web images featured black or Hispanic people. We’re using this as a benchmark, so we can make concrete, quantifiable progress against our goals.”

If the first step is recognizing you have a problem, Google seems to be on the road to recovery.

No matter how open-minded and empathetic creatives believe themselves to be, everyone has cognitive biases based on their own experiences. At best, those biases lead to knowledge gaps. At worst, they lead to stereotypes. And neither is very helpful for inclusive brand marketing.

Cognitive biases can’t be erased, but they can be mitigated when diverse people put their heads together, thereby filling one another’s knowledge gaps with real-world insights.

“It is not just our own teams that matter,” Twohill wrote. “Agency partners are critical. For example, all too often when meeting with our agencies, I found myself looking at a room full of men. So we as a company started to ask why? And what could they do about it? It is our responsibility to make sure we’re always asking. When we get this right, it can make all the difference. In another meeting where we were developing concepts for a new-to-market product, an agency lead spoke up about a feature for Hispanic users none of us had considered. He was Latino. His experiences gave him a different lens than everyone else in the room. That’s invaluable.”

It’s hard to tell a story that everyone can relate to, in which everyone feels included or represented. The alternative, of course, is to tell lots of different stories so there’s something for everyone. Brands with a D&I focus traditionally do this by weaving diversity into a variety of stories and campaigns.

Toyota took a different approach when marketing the 2018 Camry, cramming as much diversity as possible into one campaign. The automotive brand worked to create eight unique films about the same car. Each spot features people of different ethnicities, races, and lifestyles, and each is designed to tap into unique cultural motivators. And, of course, each has been targeted to relevant online audiences.

Mark Turner, chief strategy officer of Saatchi & Saatchi, which created the four “Transcultural Mainstream” spots,” lauded Camry’s decision to seek diverse creative partners for a more inclusive campaign. As he put it, “I have people of other cultures and heritages in my department, but I do think the three other agencies bring a depth and history of experience with their markets that would be very hard to replicate overnight by going out and hiring a handful of people or half the agency,” Mr. Turner said.

Modern consumers expect (and want) brands to weigh in on social issues. Two-thirds of American consumers think it is “somewhat important” or “very important” for brands to take a stand on social and political issues, and 84 percent believe businesses have a responsibility to inspire social change on important issues.

Deloitte has put a lot of time and money into D&I research, using that data to start conversations about the importance of inclusion and the value of diversity. However, while data is great for changing minds, storytelling is usually the better tactic for changing hearts. That’s what makes Deloitte’s creative campaign, “Many Voices, One Song,” so impactful.

The film features members of the Melbourne community choir, alongside a diverse group of Deloitte employees. Matt McGrath, Deloitte’s CMO, said the film aims to “push boundaries” and showcase how other organizations can better meet their own D&I leadership needs. Of course, it also reminds audiences that Deloitte values diversity, and that message goes a long way in engaging diverse customers.

Bottom line: The goalpost for D&I keeps moving as each generation redefines what diversity means to them. But organizations that employ diverse creative teams, listen to their audiences, and tell authentic stories don’t have to worry as much about missing the mark. They’ll stay clued in on inclusivity and the best strategies to make everyone feel welcome and engaged. 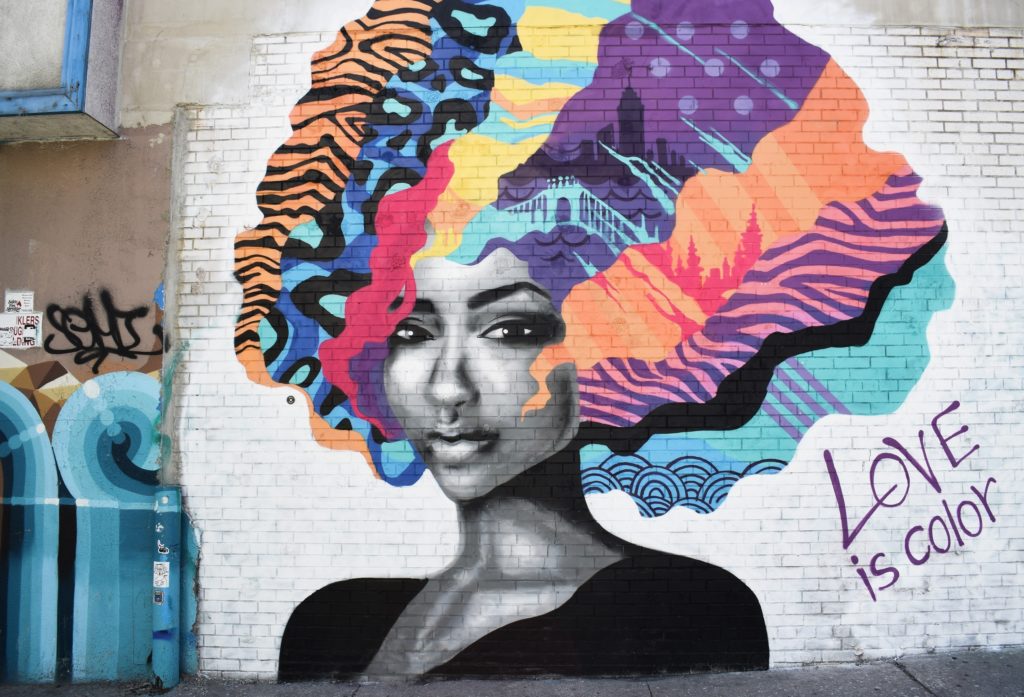