Even if you've never been to Detroit, you no doubt have an impression of the place. It's a city in decline-or a city experiencing an entrepreneurial renaissance. It's a city that's tough as nails-or an icon of urban decay in desperate need of some kind of savior.

Hoping to offer a contrast to these narratives, Detroit is creating its own version of brand storytelling. The city hired journalist Aaron Foley as its chief storyteller-possibly the first position of its kind in the country-with the aim of lifting up diverse stories from everyday community members, the type of stories often ignored by major media outlets. Together with a staff of five, Foley has created essentially an in-house publishing company to drive a new and more encompassing narrative of the city.

"There's a lot more to Detroit than bankruptcy, and the Detroit media focuses on food, crime and sports," Foley told the Guardian. "I wanted to create something a bit different."

Detroit's dilemma should be familiar to content marketers. When outside entities create a narrative about your business, industry, organization, or brand, it's tough to shake it off. In a story for Model D, Foley writes that ever since the movie 8 Mile debuted in 2002, he's been trying to correct people's assumptions about what Detroit is really like. Coverage from news outlets oscillates from focusing on the city's financial ruin to gushing over the budding hipster and entrepreneurial scene downtown. Detroit may be "the most exciting city in America," according to the New York Times, but is the hype glossing over a more nuanced and diverse portrait of the city?

In Foley's mind, these stories don't fully capture who and what drives Detroit. While media coverage tends to focus on downtown and midtown, Foley notes that these areas only encompass about 7.2 square miles of a sprawling, 143-square-mile city with around 680,000 residents. "That's 680,000 stories waiting to be told," he told Marketplace. 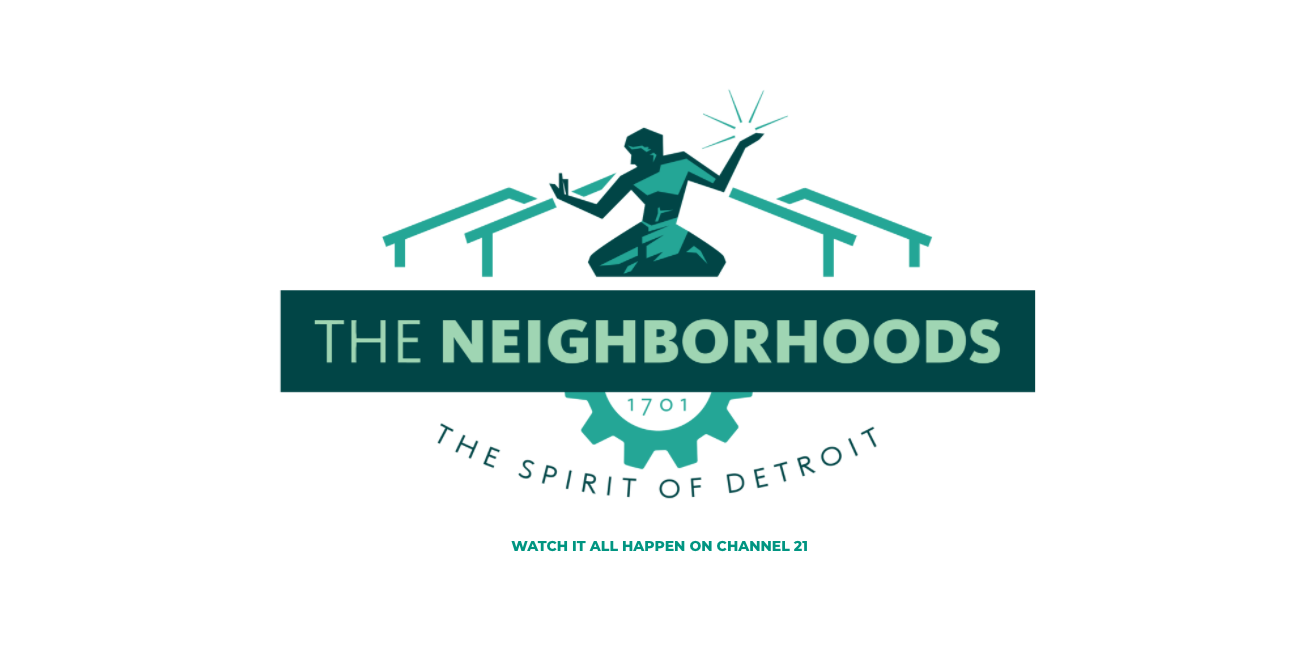 On the Detroit's Neighborhoods microsite, Foley has a platform to develop stories from across the city. Articles, videos, and audio clips take readers to a family-owned car wash on East 8 Mile Road, an Indian clothing boutique in the Banglatown neighborhood, a feminist camp for young girls, and a historic roller rink, among others. The content showcases Detroit as a diverse and multifaceted city, much more nuanced than the story told by media outlets.

If Cities Could Talk, What Stories Would They Share?

Detroit isn't the only city taking the reins in generating content with a specific narrative focus.

Other cities and states have similarly discovered a need to generate content that helps tell a story. With newsrooms shrinking, it can be tough for places to generate media coverage to shift brand perception. That's why cities are trying new strategies to generate content, like enticing journalists to come and visit in the hopes of sharing a specific narrative more widely.

Courting third parties, like journalists, to sing a city's praises is a more effective form of branding than developing a tagline or logo, according to Andy Levine, chairman of marketing firm DCI, in a Next City report. Levine, who has provided marketing services to places including Chattanooga, Tennessee, argues that while websites, logos, and taglines are important, they don't move the needle on brand perception.

"Your impressions of Chattanooga are formed . . . based on others, what you've heard, what you've read, credible third parties, friends, your college roommate," he said.

To that end, Chattanooga has paid journalists to visit the city on media tours that connect them with leaders and experts and reinforce an underlying brand story-that of a high-tech city boasting the fastest Internet in the Western Hemisphere. Ultimately, these brand storytelling efforts pay off with earned media from reputable publishers like Fortune, heralding "One of America's Most Startup-Friendly Cities Is in Tennessee." As more experts and thought leaders become familiar with the city and story, they share that image with their own networks. Over time, a city that was similar to many others is now differentiated through its brand story.

Another mid-sized city, Cincinnati, Ohio, has followed a similar storytelling route. Source Cincinnati, formed in 2014, is a regional effort to pitch Cincinnati-centric stories to a national audience as an attractive place to work, live, and play. Prior to Source Cincinnati, the city had plenty of great stories to share, but there was no single entity that could wrap those stories up and tell them together. Thanks to its efforts, the city accrued 152 national new pieces and over 1.5 billion impressions in just three years, according to Cincinnati People. 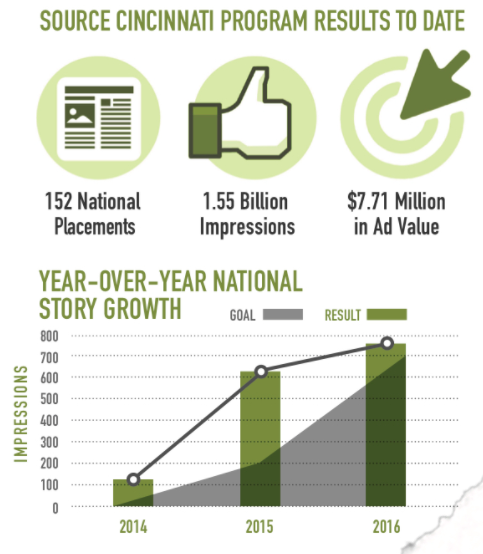 While each city is unique, Detroit, Chattanooga, and Cincinnati have this much in common: They saw a brand storytelling gap, and they knew they had to act proactively to fill it.

Marketers at B2B and B2C companies should heed their example. In the absence of a storytelling strategy, you risk others telling your story for you, sometimes erroneously. Worse yet, you may find that if you're not telling your story, it means no one is talking about you at all.

By reframing their marketing efforts through the lens of storytelling, brands can more effectively influence brand perception. Once brands understand the story they want to tell, they can work to get others to share that story, too. When others hear the brand story, as retold by a quality publisher, thought leader, or influencer, it makes the story more credible and effective. While driving brand perception through content takes time-DCI's Levine argues it takes two years of a solid place marketing campaign to see results-it's extraordinarily effective.

Another key takeaway from Detroit's example is the importance of telling stories in an authentic way. Chief storyteller Foley felt national narratives were missing the real breadth of Detroit's experiences, so he set out to tell the stories that were being overlooked. It's clear from the city's Neighborhoods site that these stories are absolutely rooted in the people and neighborhoods of that city. Brands, too, want to find out what differentiates them from the crowd of competitors and focus on that unique, authentic story.

If cities and towns across America are figuring out the importance of content, brand storytelling, and thought leadership, it's a strong clue that brands should care about these things, too. Stories are the currency of the digital age. For brands that want to shape how people think about them, stories matter. 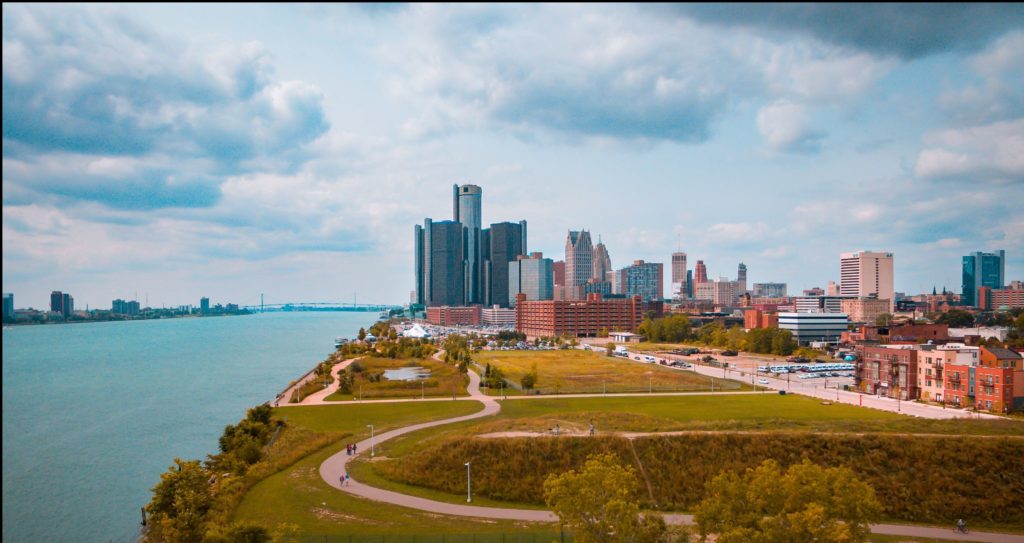