Imagine Dorothy skipping down the yellow brick road without worrying about a wicked witch. Imagine Harry Potter growing up without his famous scar and infamous archenemy. Imagine Luke Skywalker with no father-figure angst.

Perhaps our heroes would still be heroes without their bad-guy counterparts. Or would they? For a hero to be born, sometimes a villain is required. Likewise, your content strategy might benefit from adding a villain to the mix.

Most content marketers are aware of the need to build a hero into their brand stories. An awesome origin story can situate a brand's founder as a hero or create company lore about the brand's place in the world. Sometime, the customer herself is the hero—and brands create narratives that empower her to take on that role.

The archetypal hero is a fantastic storytelling device, as we've written about before on the blog. But developing your brand villain may be just as important. Villains helps drive stories forward, providing a compelling reason for why we must root for the hero in the first place. A villain might be a competitor, a nagging problem, or something more intangible like a lack of knowledge or expertise. Unless you define your brand's villains, your hero won't get to shine as brightly. 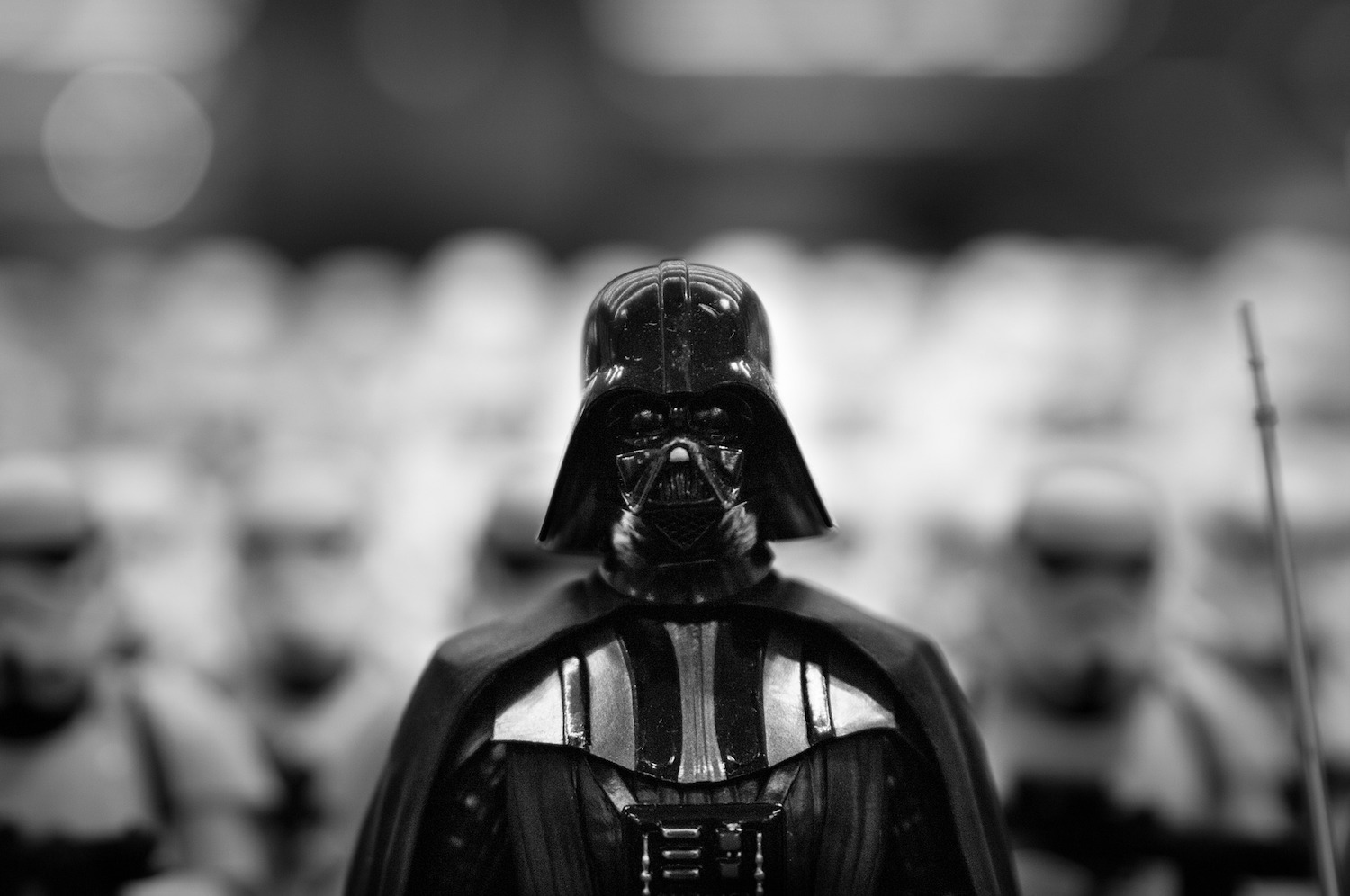 Why Our Brains Love Stories with Villains

There's a reason why we humans love a story with a good villain. According to some theorists, stories with heroes and villains actually may enhance our survival in the evolutionary sense. Literary Darwinism, which seeks to view fiction through the lens of evolutionary theory, offers some explanation of this phenomenon. (Bear with me here.)

According to proponents of this argument, storytelling serves as a sort of "surrogate experience," allowing us to mentally test out challenges that could threaten our ability to survive. Whether we're imagining ourselves in The Shire or Narnia, stories allow us to see different scenarios through different perspectives, including those of heroes and villains. It makes sense: stories could prompt humans to reflect on any tendencies (heroic or villainous) that allowed the group to thrive.

"In this light, fictional heroes should represent the most effective survival strategies, while the villains should be clever manifestations of the real dangers we can face," as David Robson noted on the British Psychology Society's blog.

In other words, stories with heroes and villains might inspire us to modify. We empathize and mimic our heroes' behaviors. On the other hand, we suppress the behaviors embodied by villains, lest we cause harm to the larger group. Heroes show our altruistic sides; villains showcase the destruction that can happen when we're selfish.

Naturally, not all villains or heroes fall into purely good or purely evil categories. But the important thing to remember here is that the very act of telling a story causes people to put themselves in the shoes of the protagonist and antagonist. People reading scary excerpts from the Harry Potter series showed a greater response in the "empathy network" part of the brain, suggesting that readers were perhaps mentally playing out Harry's behaviors, Rosbon writes. When we create a strong narrative with heroes and villains, people are more engaged with the story.

And, of course, a good villain makes a story a lot more entertaining. Nurse Ratched, Hal 9000, Hannibal Lecter—these are characters that are seared into our collective cultural memory. If you're writing a story, the hero is the star of the show. But your villain plays a key role, too.

Villains play many roles in brand storytelling, and there are several ways brands can use villains to highlight what they're all about.

Often, a brand's villain is a competitor. In fact, brands have been calling out competitors for years—sometimes in dramatic fashion. In the late 1800s, inventor Thomas Edison ridiculed rival Nikola Tesla by publicly electrocuting dogs, cows, horses, and even an elephant, all to show the dangers of Tesla's alternating current (AC) compared to Edison's direct current (DC). (Ultimately Tesla's AC power won the electricity competition, as told by Fortune).

Apple took a subtler approach in its battle against Windows in the 2000s. For those who don't remember, Apple's series of Mac vs. PC commercials pitted a cool, hip dude—Mac—against the boring and nerdy PC.

In this telling, villainy isn't evil incarnate; instead, it's uncool technology that falls apart when compared to the hipper, fresher, and more heroic Mac.

Social media platforms have put a new twist on the hero-against-villain dynamic. Through Twitter, brands and brand advocates can build up heroes and tear down villains. John Legere, CEO and president of T-Mobile, regularly trash talks rival AT&T to over 3.7 million followers. The choice was strategic.

"Every good narrative has a villain, and we picked ours early on: AT&T," Legere wrote in the Harvard Business Review.

Legere knew that people hated AT&T, and aggressively attacking the company could help it get noticed in a way that more mildly pitched ads could not. By focusing on improving their product and crafting a content strategy that forced competitors AT&T and Verizon to engage in their fight, Legere was betting T-Mobile could siphon off customers. He was right: T-Mobile went from 33 million customers in 2012 to 69 million at the end of Q3 2016.

"As we get bigger, we may need to find new villains to fight—but that won't be hard. Sometimes the best way to motivate people is to create the idea of an evil force," he wrote.

Villains in the content marketing context often aren't people or even objects. Your customer's frustrations—confusing processes, crummy customer support, slow services—could be the forces of antagonism that your heroic brand can vanquish. If your B2B company offers a software that solves a customer problem, your tale could easily have all the classic elements: a villain, hapless victims, and a hero in the form of your software solution.

The more you can capture your fans heroism and the way it conquers villainy, the more your brand will resonate with customers. Villains give customers someone to root for. Just like stories need a hero, a villain can help highlight your brands uniqueness and what makes it worthy of customers.